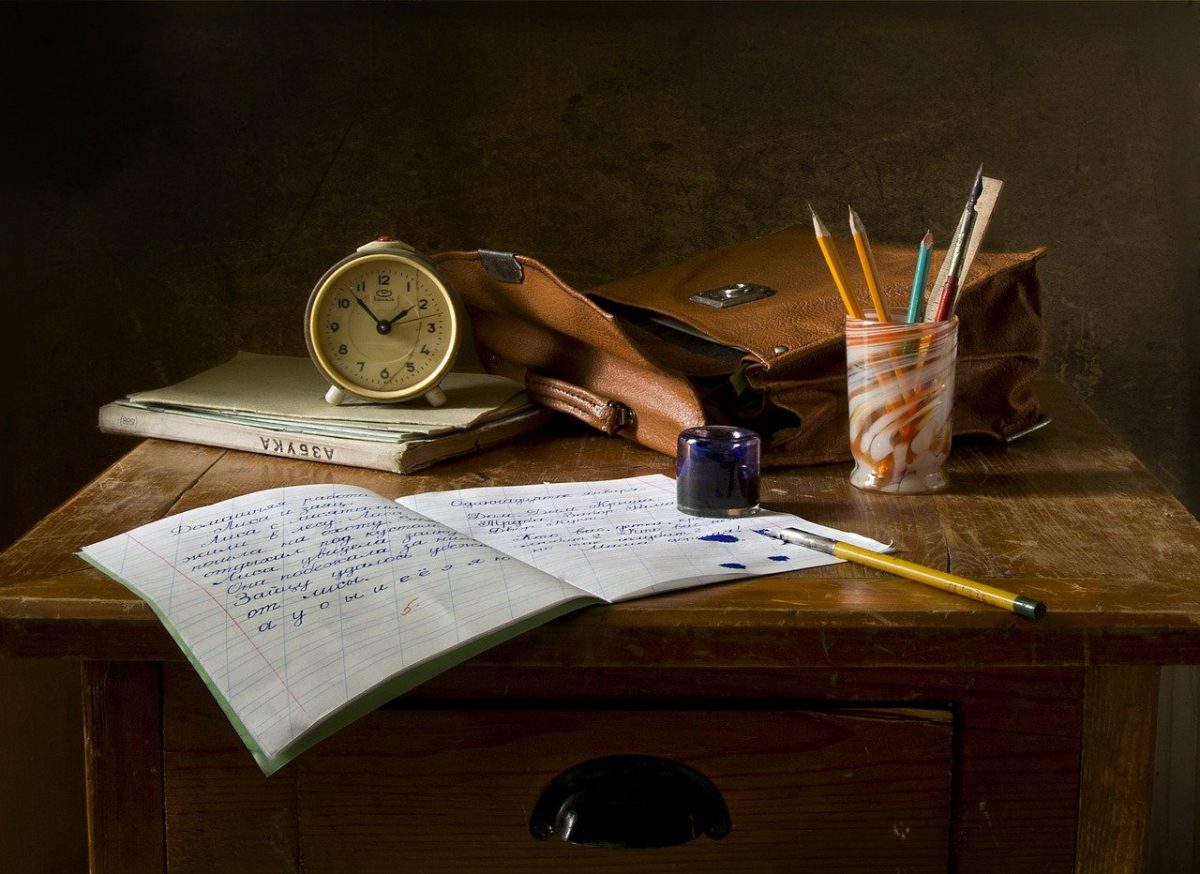 Stellar Lumens faced resistance around the $0.63-mark and was trading within an ascending channel, while BitTorrent Token consolidated above $0.0075. Finally, Theta formed a bull pennant and a breakout past $12.8 could see it move towards $15. 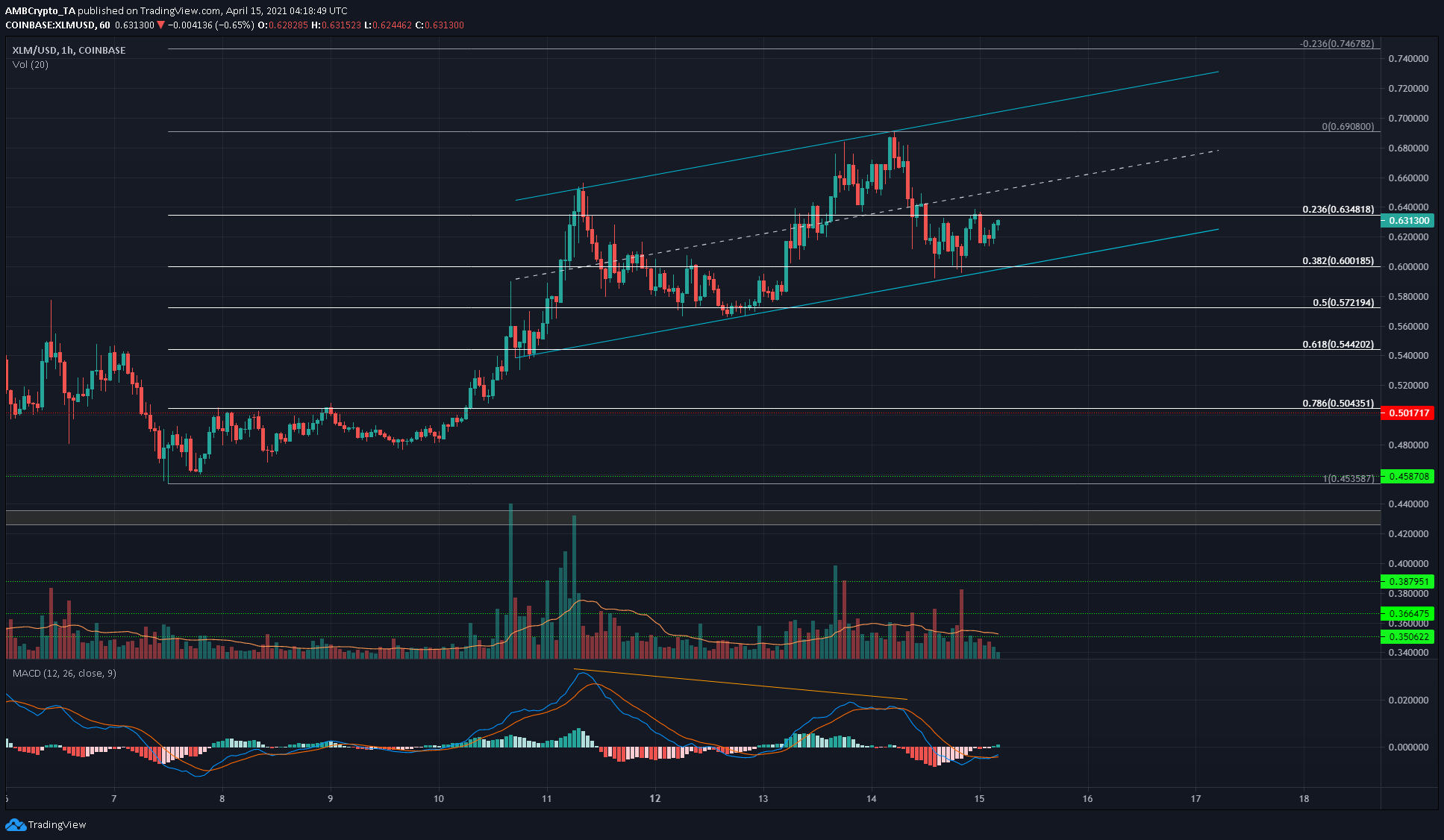 XLM has been trading within an ascending channel (blue) for the past few days. On the hourly chart, it showed a bearish divergence between the price and momentum (orange), something that saw XLM correct from $0.69 to $0.6.

It found some demand in the $0.59-$0.6 region and saw a bounce, following which it faced the $0.63-level, the 23.6% retracement level, as resistance. Beyond this resistance, the mid-point of the channel represented a dynamic level of resistance for XLM bulls to overcome.

At the time of writing, the MACD was beneath the zero line but formed a bullish crossover and was heading north to show some upward momentum behind XLM in recent hours. 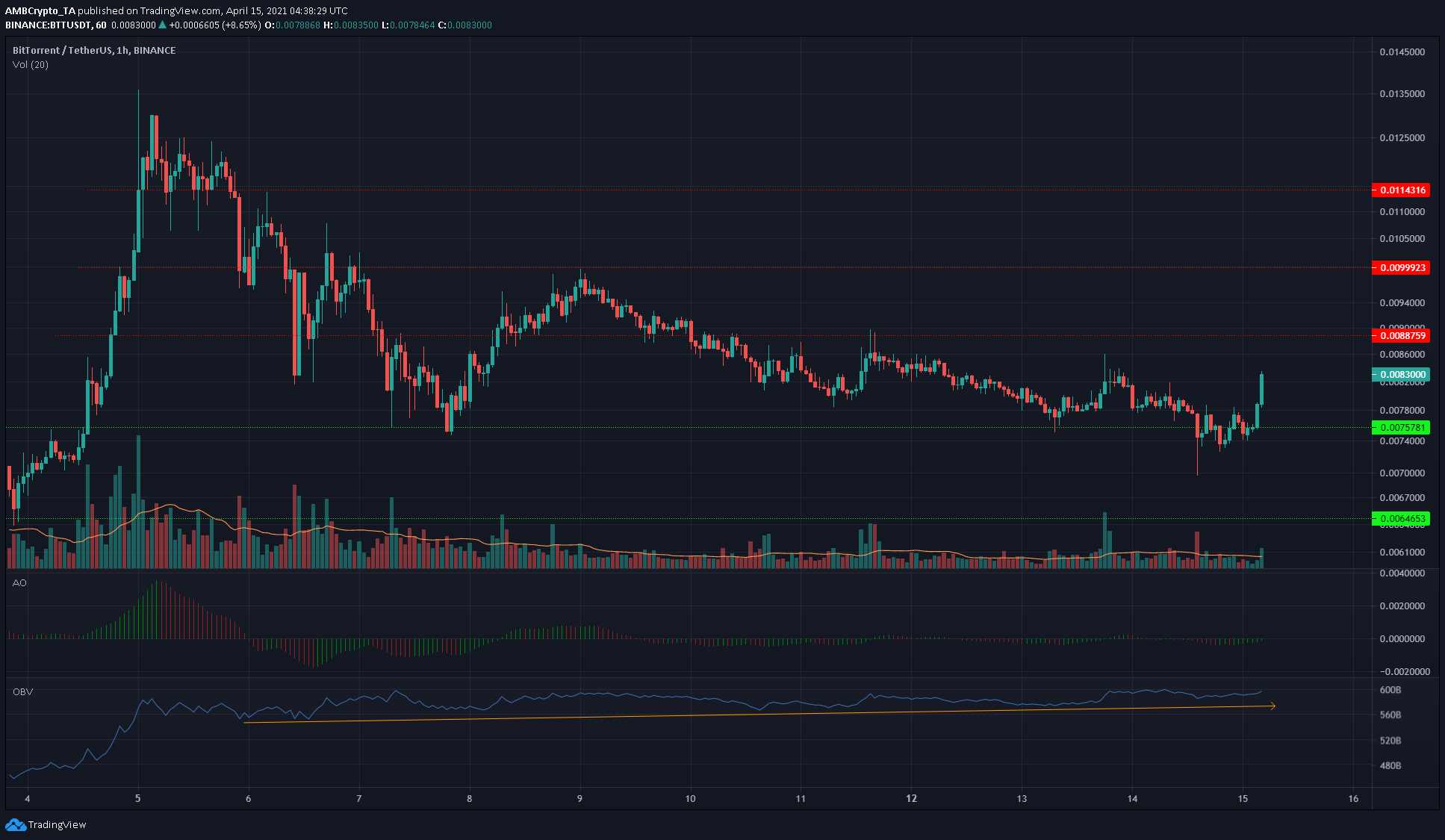 The OBV was forming higher lows even as price made lower lows, suggesting that bulls have continued to buy even as BTT tested $0.0075 multiple times. This demand could materialize in recovery for BTT over the next few weeks, or even sooner. At the time of writing, momentum was on the verge of swaying back in bullish favor, according to the Awesome Oscillator. 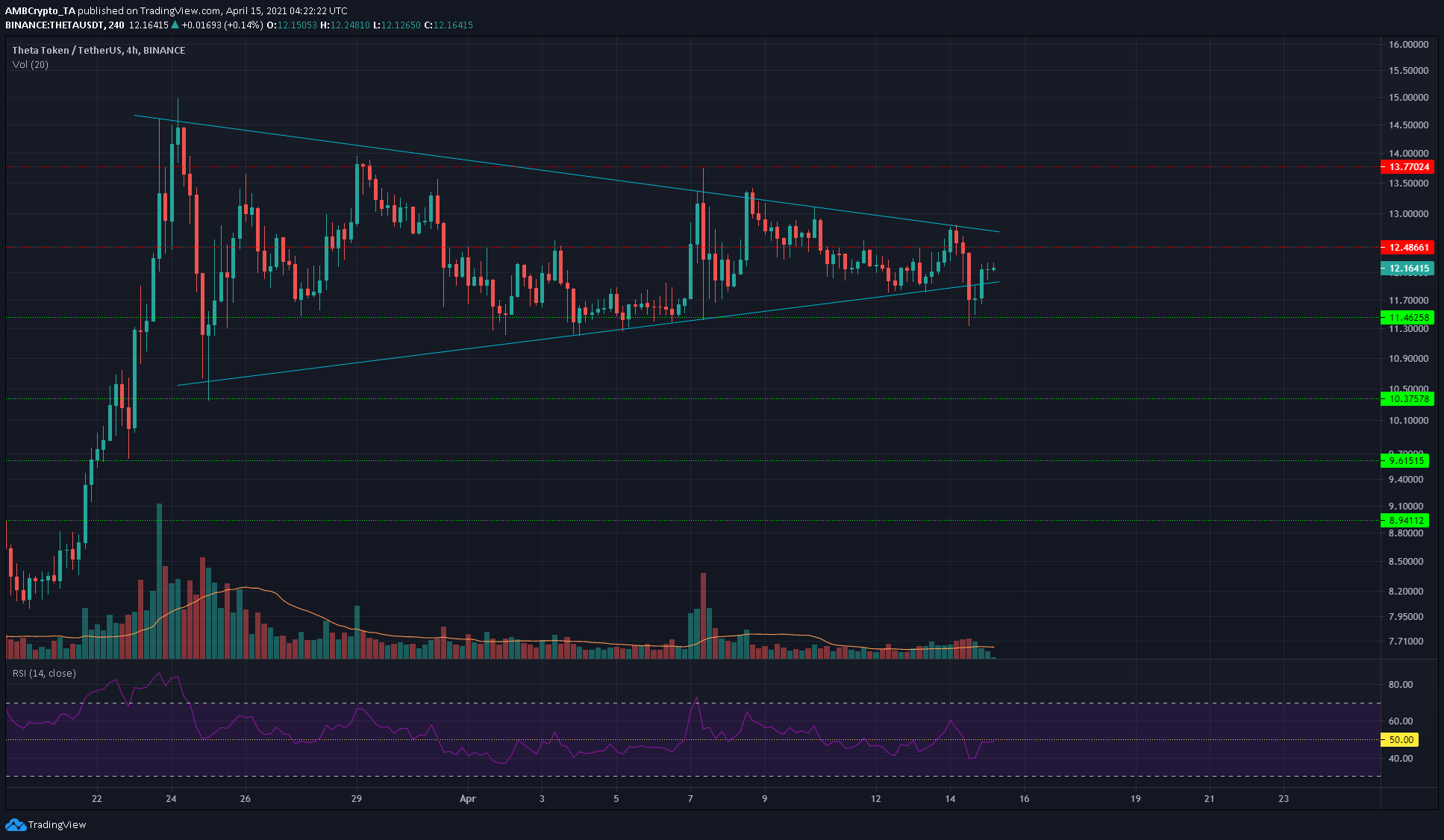 THETA formed a bull pennant as the market gathered steam for its next move. The recent selling pressure on BTC saw THETA slip beneath the pennant and test the $11.46-support level, but some demand was seen at the support.

A move past the $12.5-$12.8 region would likely signal a move back towards $15, with the alt likely to reach as high as $17. Strong momentum was not yet seen for THETA as the RSI oscillated between the 40 and 60 values.

Ethereum: What to expect when Berlin upgrade hits network?

2016 Bitfinex hackers move BTC worth over $623M to unknown wallet