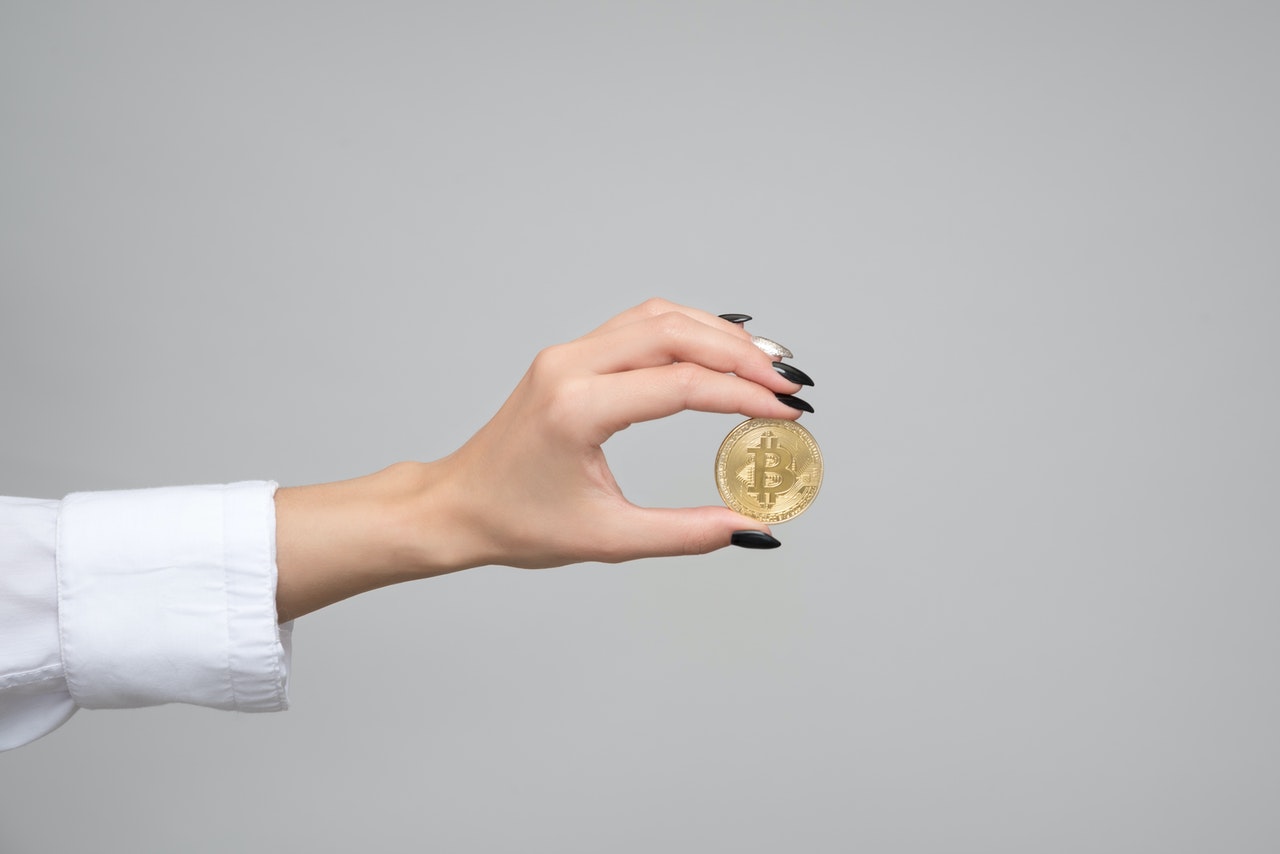 As the market enters Q4 of 2021, market excitement for the top coin seems to fade away, mostly due to its restricted trajectory, and failure to breach the crucial $49.3K level since the flash crash. Even though Bitcoin managed to emerge from the dangerous $30K level in late July and then from the $40K level more recently, many in the market have been remarking that BTC seemed to be getting boring these days. But is it?

The market had high expectations from the top coin, as Q4 approached and it could be said that BTC didn’t fulfil those. In fact, BTC was still up by almost 50% since the July low of $29.3K. However, the expectation of a repetition of the post-halving bull market-like growth seen in 2017 has been invalidated.

Accumulation trends didn’t present a worrisome picture though. The small fish were back at accumulation levels that were last seen when BTC had topped at $64K, only, now the price was around $20K lower. The flow of coins gives a fair idea of where coins are going and what the small fish and whales are up to. As of now, the small fish (addresses controlling less than 1 BTC) were buying more coins, while whales (addresses controlling 1k to 10k BTC) seemed to be loading up on coins at around $40K. 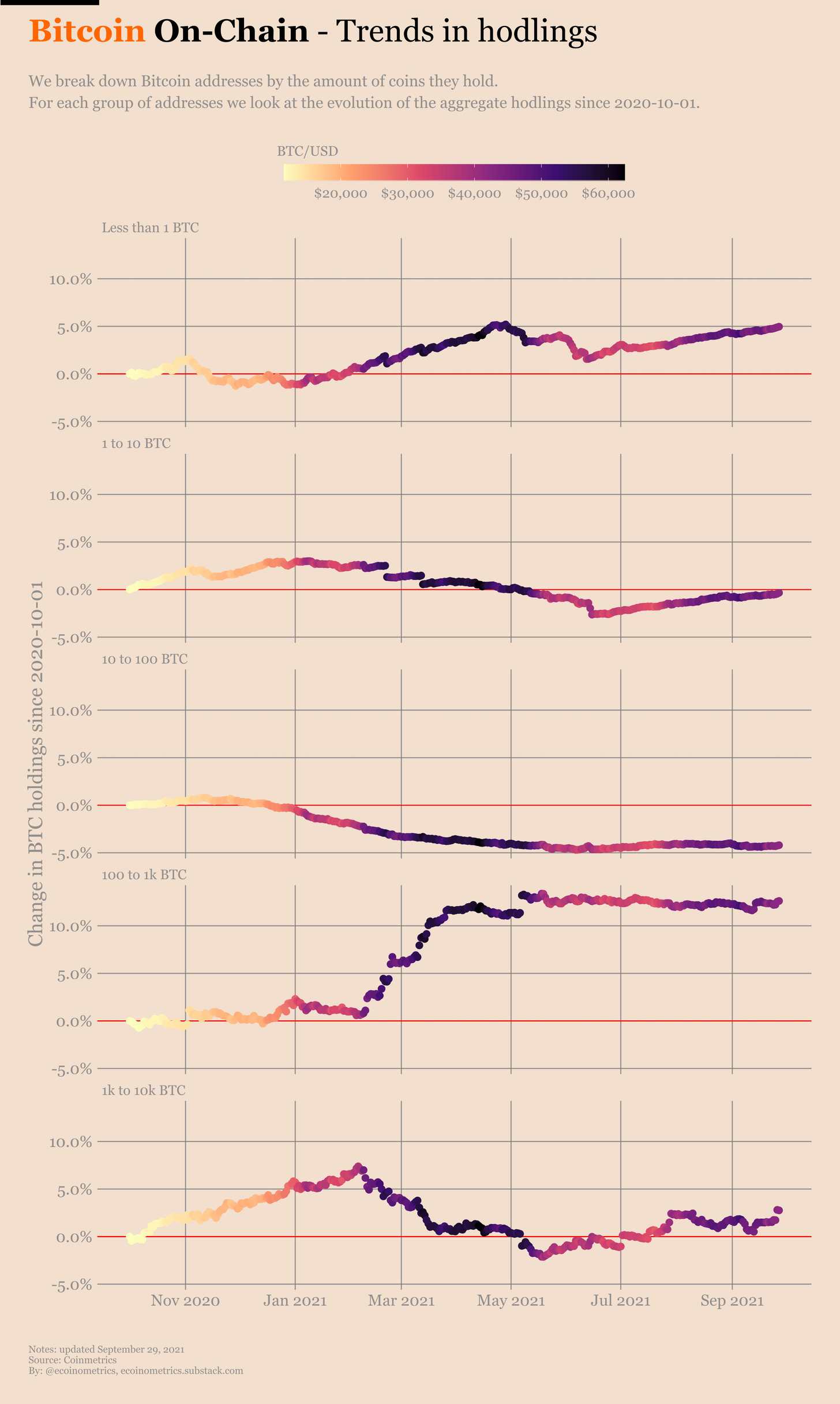 Further, with exchange outflows dominating inflows for a long time now, the trend pointed towards the fact that the supply of coins available for purchase was shrinking. So with supply shrinkage alongside accumulation, the all-over mid-long term trend generally looked bullish.

Bitcoin’s circulation is an important metric and a primary instigator of price rise. The metric, on September 29, was at an ATH as highlighted by Santiment, and the same was a good sign of recovery. This was a telling sign as to whether future market price growth can occur.

For the last three days, BTC was averaging 189.2K unique tokens circulating on the network which is the highest since late July (when BTC grew 31% the following 5 weeks). 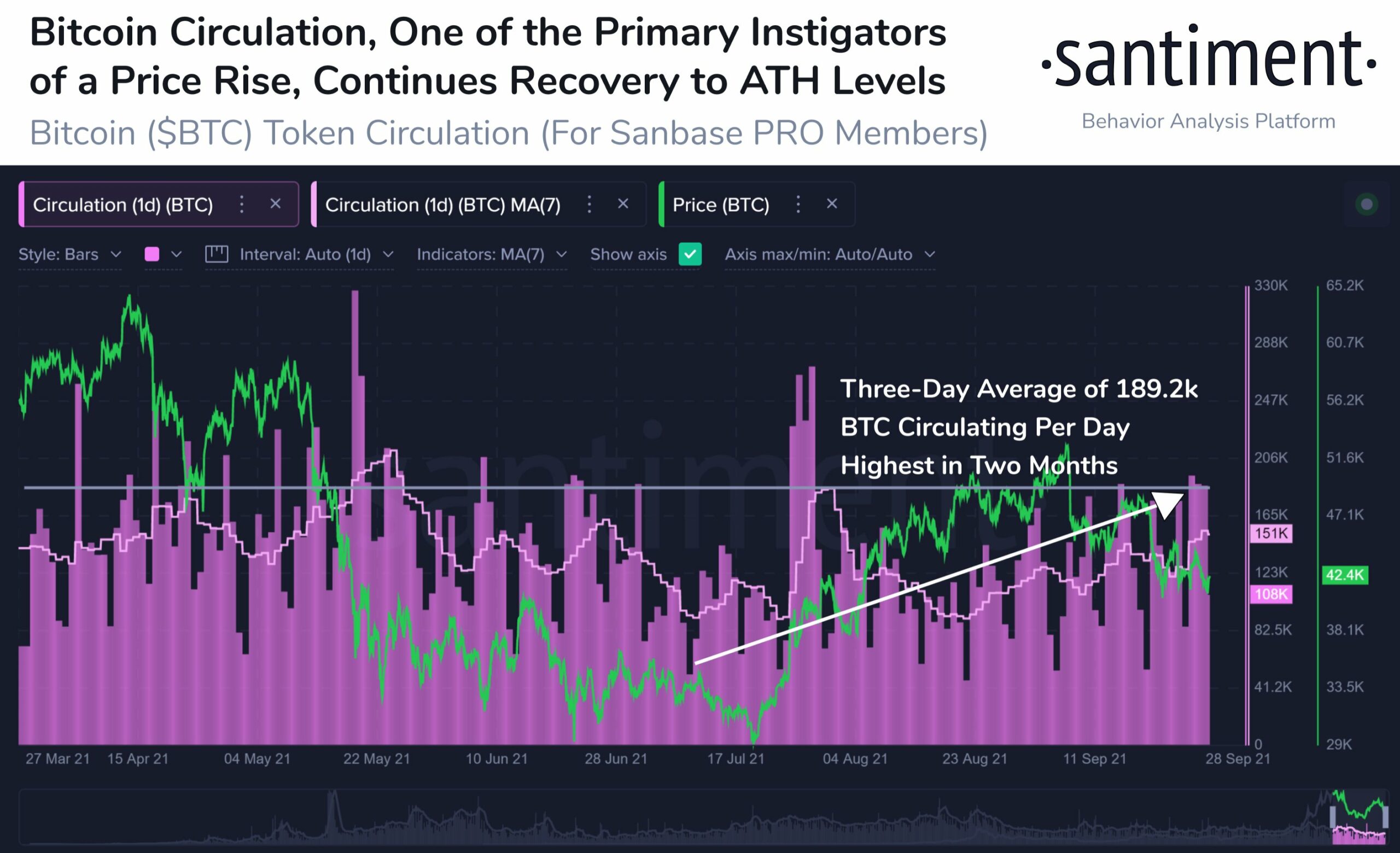 Additionally, the holder’s composition by time held noted that even at $43.5K level, around 79% addresses were making profits while 5% were at the money i.e. breaking even and 16% were losing money.

In spite of the many mid-long term bullish metrics, price-wise BTC was still stuck in consolidation mode and seemed to be waiting for the next big move which could trigger further accumulation and prices could go up higher.

Notably, Bitcoin’s MVRV signified that as a whole, the participants in the market were up 100% on their Bitcoin positions as BTC noted 2 on the metric. However, with prices consolidating, participants could be tempted to take 2x profits. Additionally, with the supply shrinking, if the demand for the asset lowers, overall it will be unlikely for prices to pump.

All in all, the market was in a classic-wait and watch situation at press time. Yet, the future of BTC looked promising with metrics turning bullish.

With higher year-to-date returns in 2021, these stocks beat Bitcoin to it