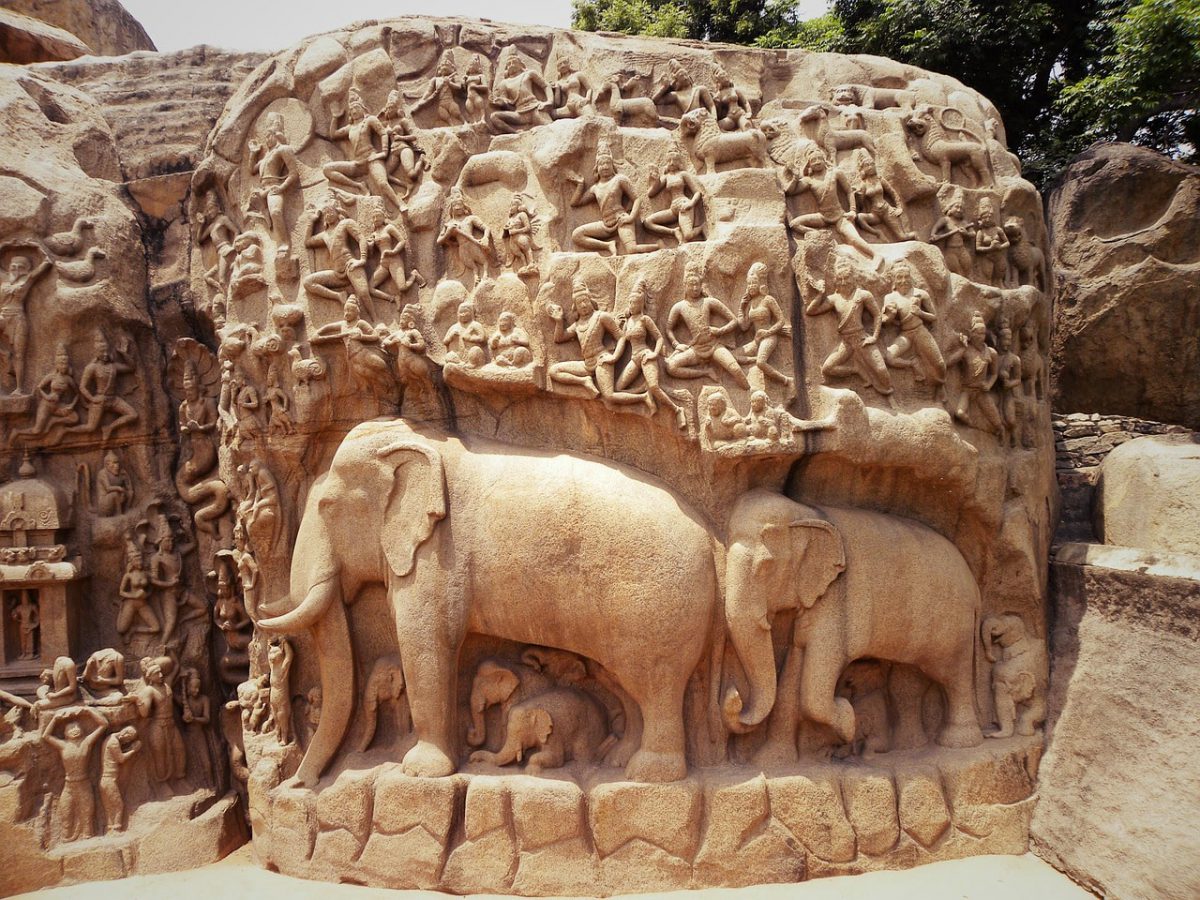 Bearish sentiment had not yet reversed across the altcoin markets, but some coins, in particular, showed a lack of selling volume, such as Klaytn. SushiSwap defended the $14.4 support level and bounced above $15, and Terra looked to recover from recent losses. 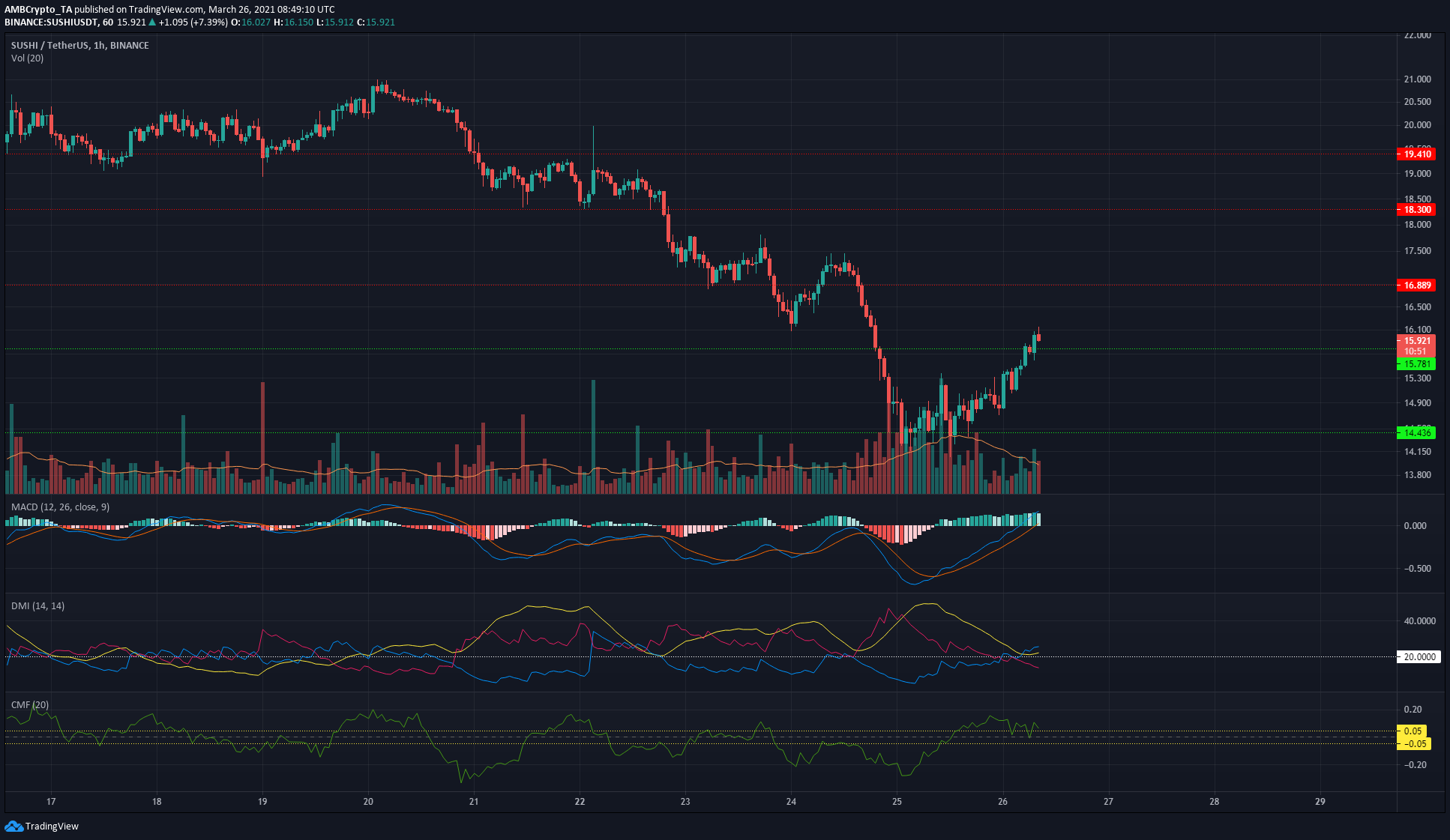 SUSHI defended the $14.4 mark and saw a bounce past the $15.78 level. In the short-term, both DMI and Chaikin Money Flow showed an uptrend being established as demand was evident in the $14.5-$15 area.

In late February, the $13-$16 region saw heightened volatility before SUSHI was able to climb convincingly past $15.8, and saw an uptrend that took it to $22.8 before sellers took control.

A retest of $15.78 as support can be used to scale into a long position, with a stop-loss beneath $14. SUSHI is not yet completely past the downward momentum across multiple timeframes, and a revisit to $14 cannot yet be ruled out, even though, in the short-term, momentum was bullish, as shown by MACD. 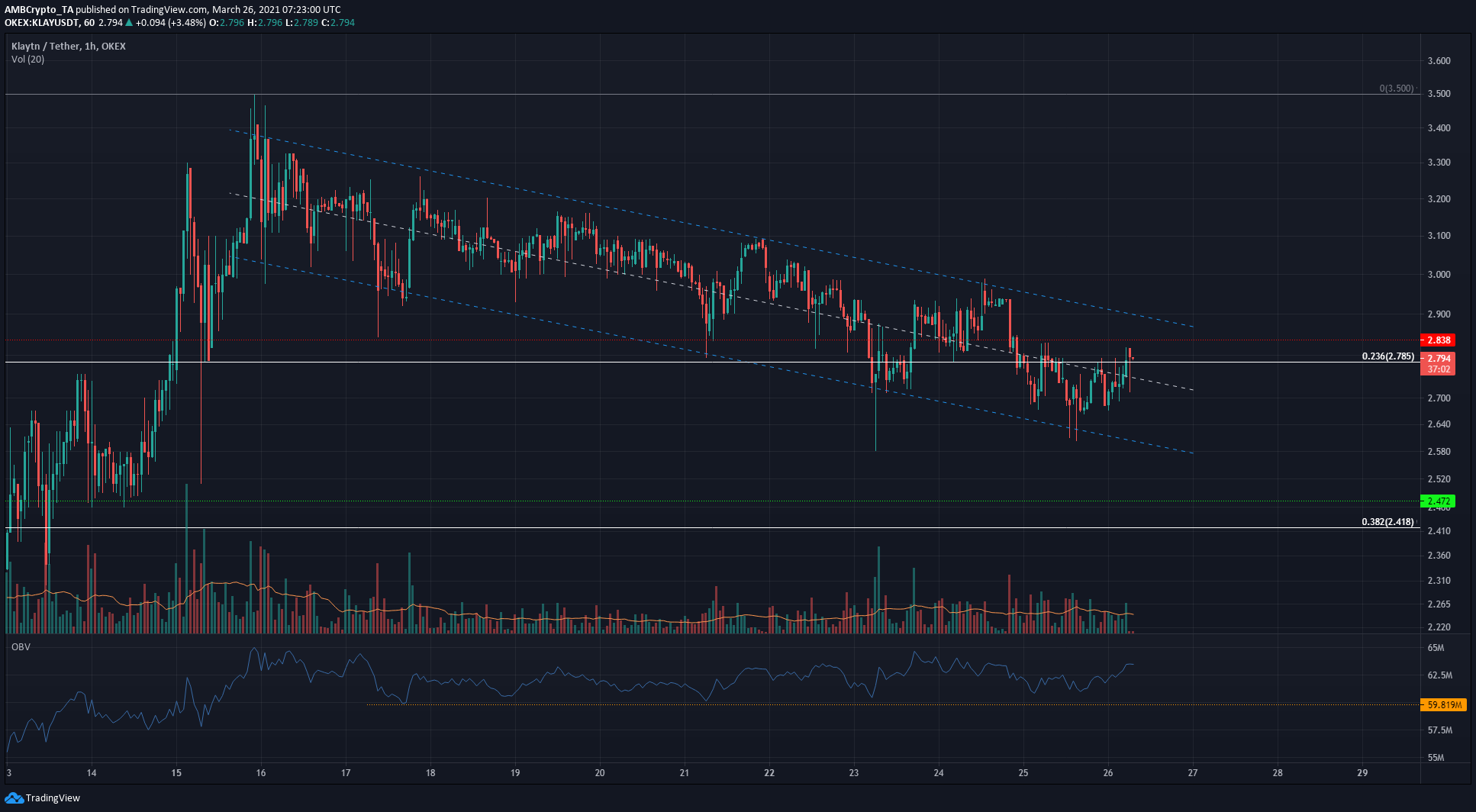 KLAY was trading within a descending channel; however, this was more consolidation than a strong downtrend. KLAY had just slid beneath the $2.8 level, the 23.6% retracement level and could go lower.

Losing the mid-point of range could see KLAY descend to $2.5, in the short-term. Long-term traders can look to buy KLAY anywhere in the $2.4-$2.6 region. This is because the price has steadily dipped in recent days, but OBV did not show significant selling volume. The floor set a few days back on OBV was yet unbreached even as price descended, highlighting lack of selling volume even as prices dropped – a signal to buy for the medium to long term. 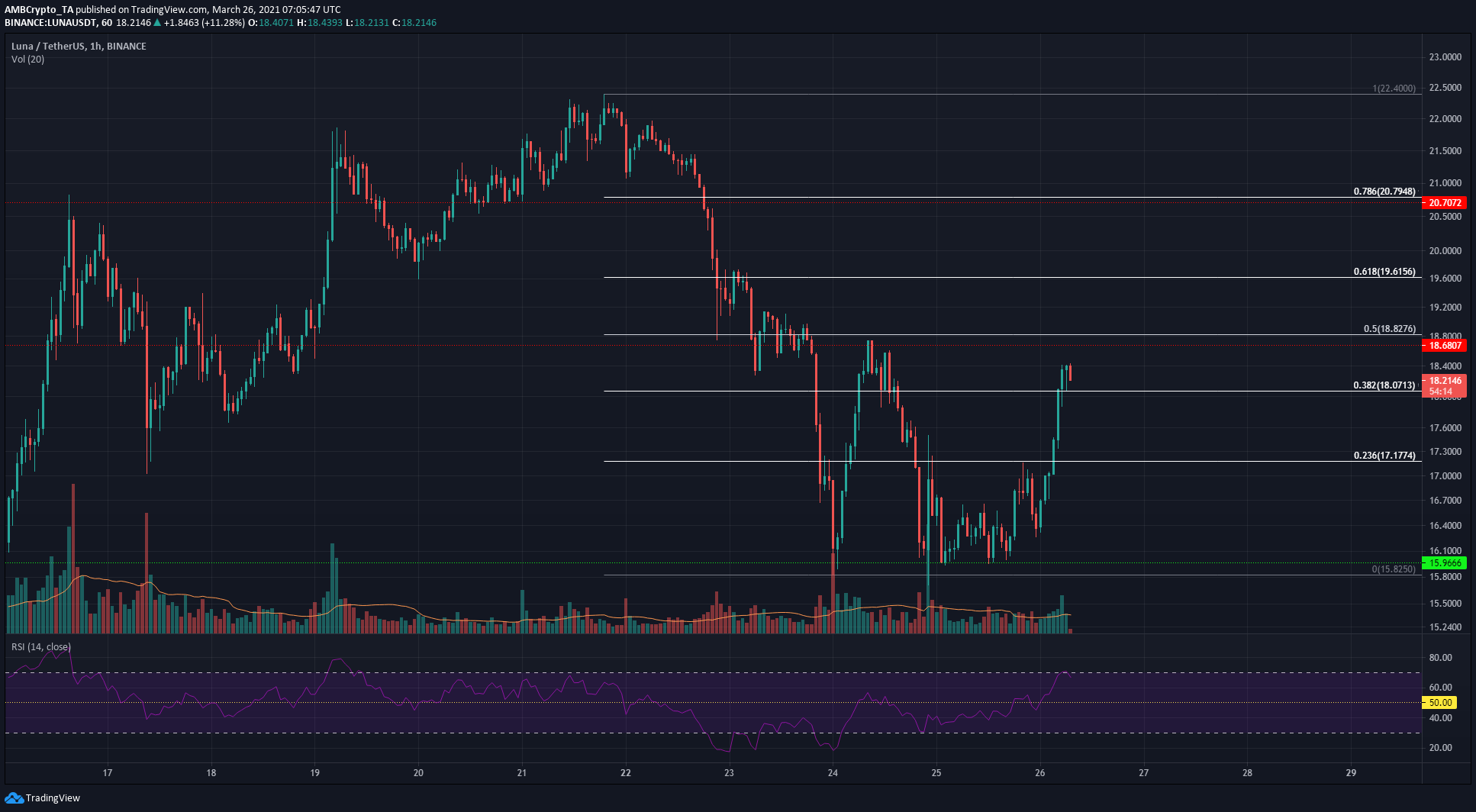 LUNA had some demand in the $17.87-$18.07 area, with the 38.2% Fibonacci Retracement level also reinforcing the area for the bulls. In the past couple of days, LUNA bulls have defended the $16 mark and driven prices higher, and the rising trading volume on the rally points toward steady demand.

RSI touched 70, the overbought boundary, and pulled back. This could see LUNA dip to the $17.8 mark before another move upward.

Rising above the $18.8 level, which is the 50% retracement level, would be a sign that LUNA was on its way to $21, and this could take a few days to unfold if demand rises.