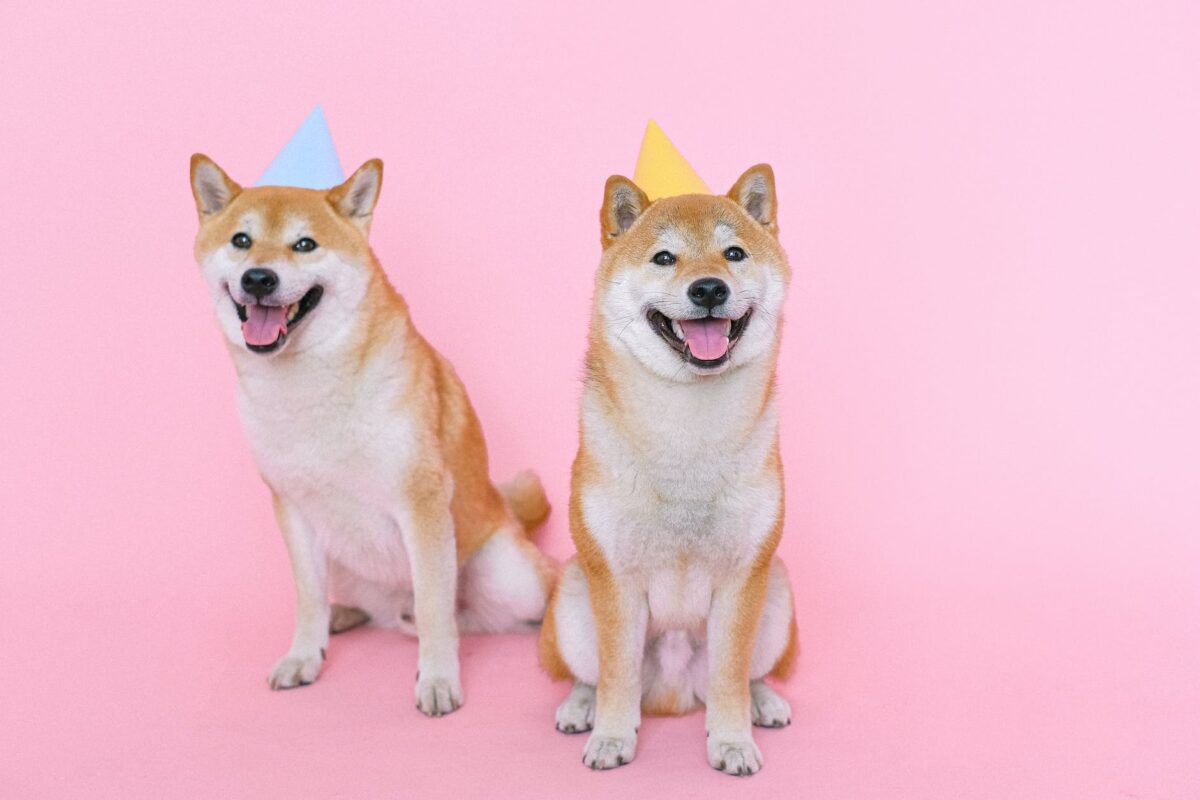 In the world of cryptocurrency, meme-coins like Dogecoin manage to become one of the 10 biggest digital assets. Even though DOGE may not still be on the list, at the time of writing, its prospects were not looking too bright.

Dogecoin celebrated its birthday on 6 December as the coin completed eight years of existence. In fact, looking at its growth it surely has managed to amass a huge number of loyal followers.

With 67 million addresses and 4.2 million investors, it’s safe to say that Dogecoin has had an impact over the years. 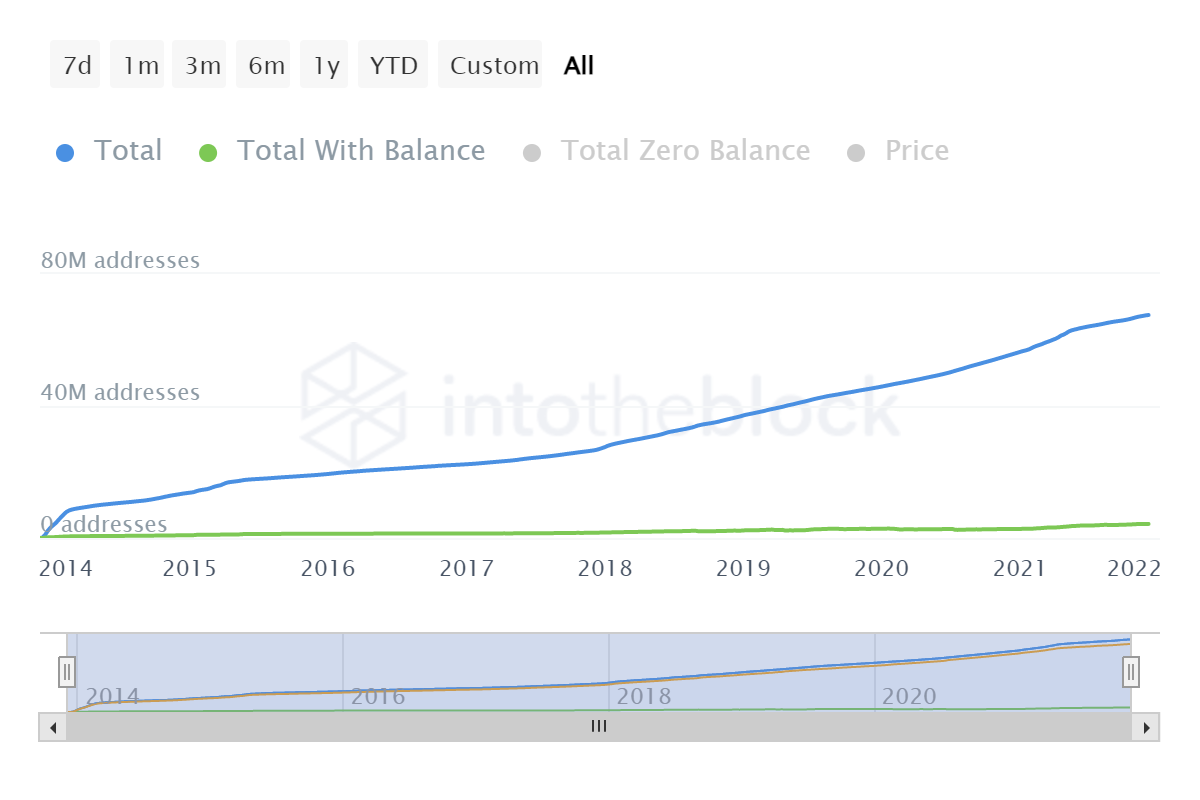 It was in the timeframe of one year that DOGE actually made some remarkable gains. The rally that began at the beginning of 2021, took DOGE up by over 15,663% when the meme coin was at its peak. Although, since then it has come down by almost 75%. 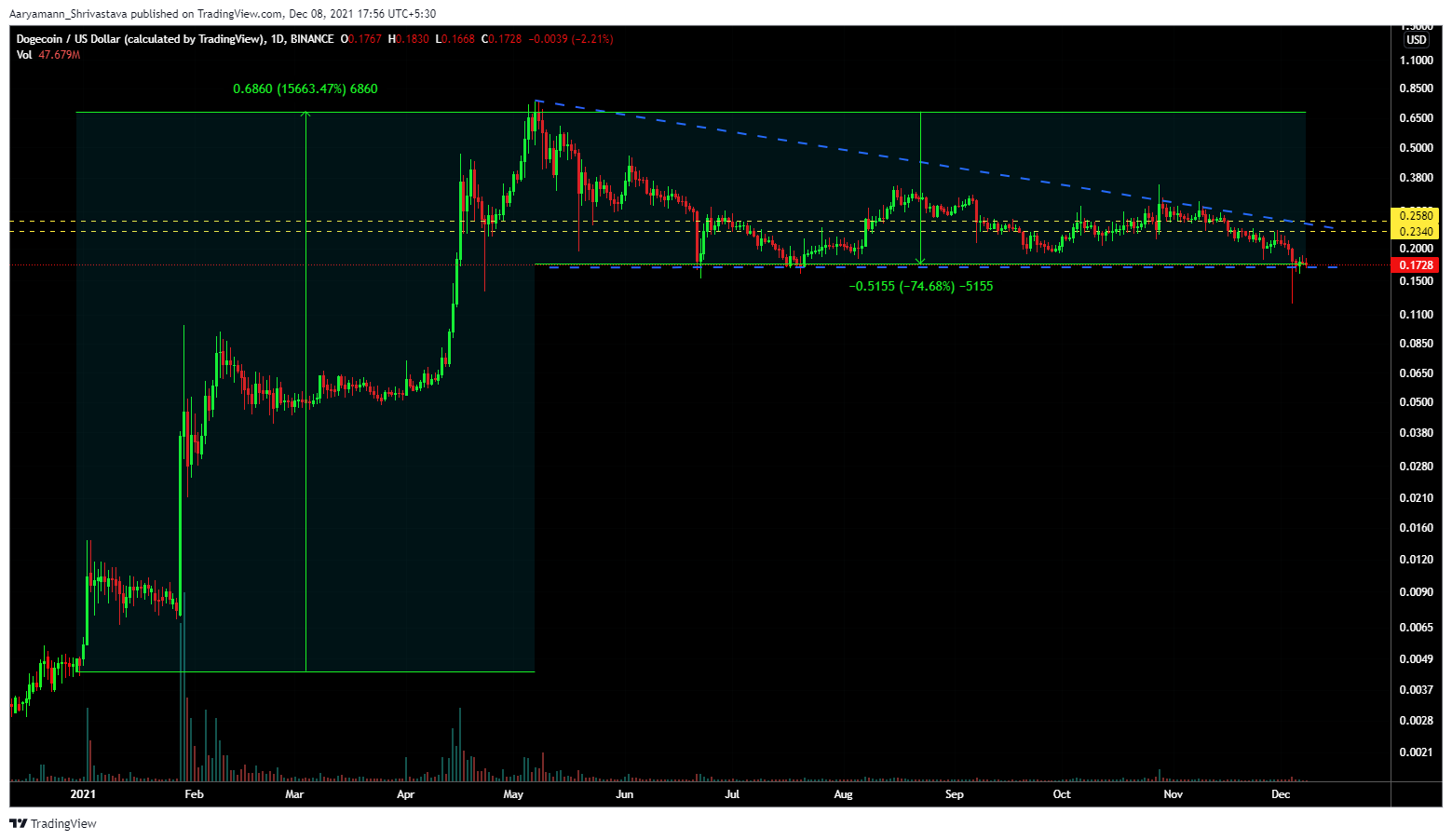 Dogecoin even managed to help other meme coins like Shiba Inu rise and become a prominent asset in this space. The altcoin even rose quicker than DOGE, witnessing a 1035% rally within a month. It was soon, followed by a 54% correction, as it was trading at $0.00003603. In fact, SHIB’s growth took it farther ahead, with the latter gaining more mainstream acceptance recenlty. 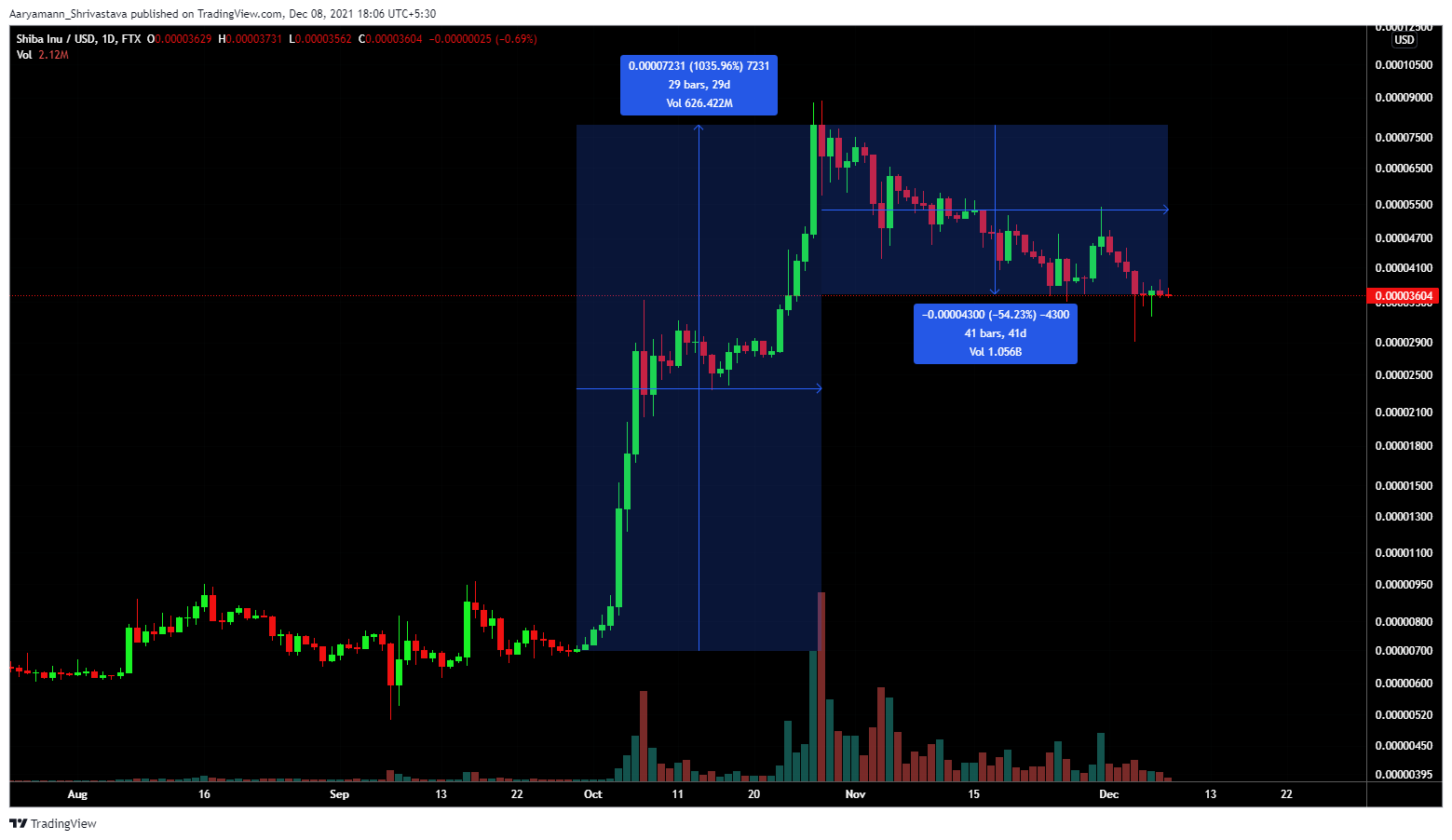 Here is the catch

Now, the question is, what is the point of such gains when most investors aren’t making any actual profit? Well, as of now, of the 4.2 million addresses with balance in them, over 43% of them are suffering losses. 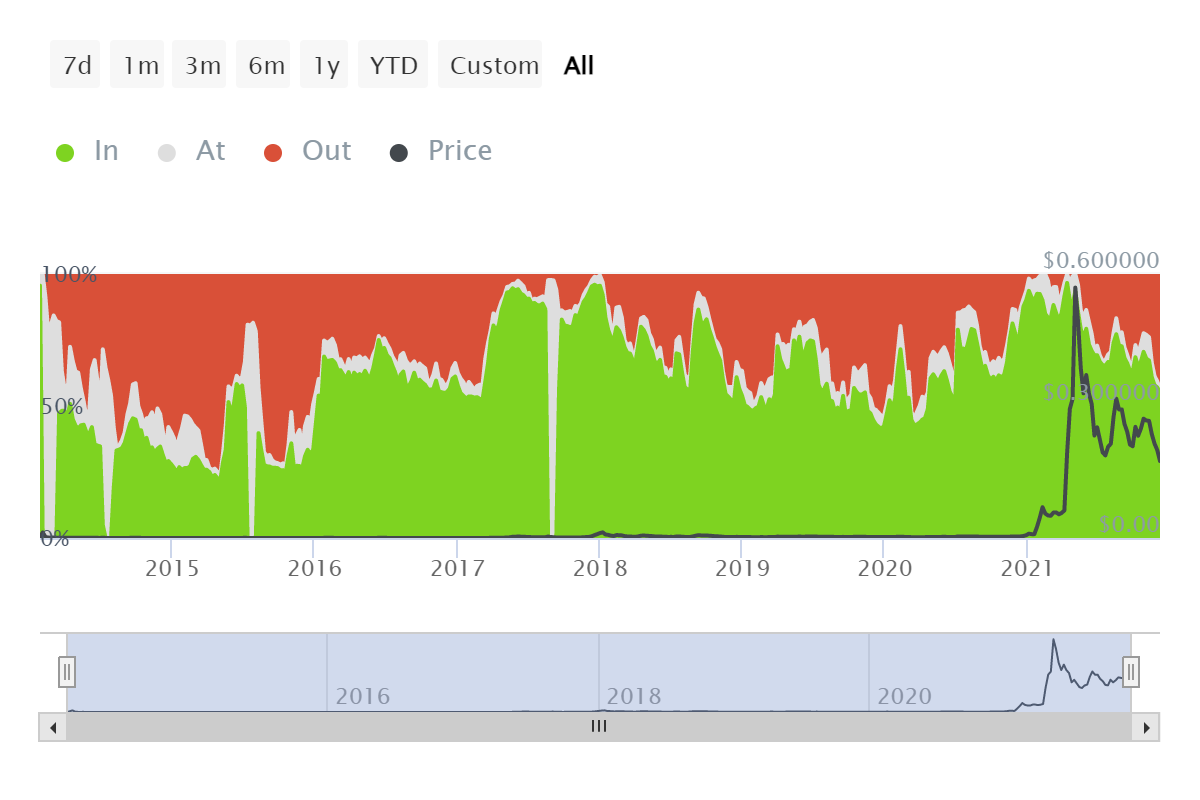 This, despite DOGE being one of the most socially popular coins occupying more than 5% dominance in the space. The one big issue DOGE used to have, was its development activity.

But thanks to the regular pushes by the “DOGEfather,” Elon Musk, Dogecoin has actually managed to fix that as well. In fact, today the development activity is standing strong compared to what it used to be.

But, looks like its investors are slowly losing patience as for the first time in two months investors’ sentiment actually turned negative.

Further, even on its birthday the coin only rose by a meager 3.6% with volumes hovering slightly above 100 million DOGE (ref. Dogecoin price action image).

As of 8 December, DOGE is somehow maintaining the lower trend line of the month-long downtrend wedge, as support and if it fails and flips, DOGE will be in danger. Plus, its birthday will only see more investors leave the party eventually.