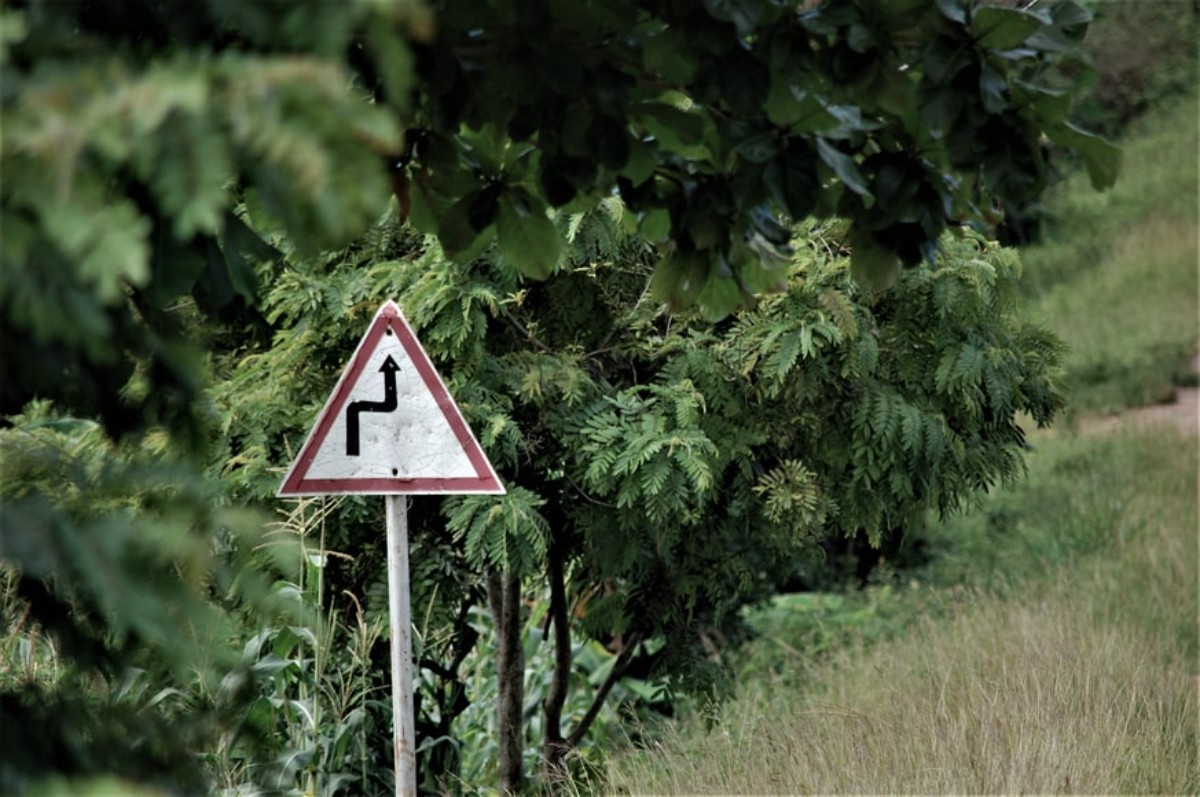 Terra has been in the news frequently of late, and its impact on a larger scale, definitely pushed LUNA to new heights.

21 December was an important day for Terra, as the network officially overtook the Binance Smart Chain (BSC) in terms of the Total Value Locked (TVL). Given that within three days the same increased by 71.6% to become the second biggest DeFi chain in the world. Now, whether or not it is absolutely valid is yet to be determined.

In any case, a notable rise was also observed in some of the protocols on Terra led by Loop Finance as the protocol’s TVL went up by 177% over the week.

Additionally, TerraSwap and Anchor also contributed to this rise significantly. Anchor recently underwent a governance poll to upgrade its bLuna asset which was passed with 19.5 million ANC and also served as a boost to its TVL. As per the upgrade, users can not delegate to a specific validator now.

Furthermore, a new token called stLuna was added which is actually interchangeable with bLuna. This token has been designed for better integrations across the ecosystem, as per Anchor.

Also to be noted, recently, EVM scaling solution Aurora introduced the first bridge connecting NEAR to Terra. Not long after the Anyswap network deployed UST on its network, LUNA went live on the network, supporting swaps between Terra and Fantom.

All these developments, helped Terra’s token LUNA to shoot up within the last 10 days. Interestingly, the altcoin rose by 78.18% marking a new all-time high (ATH) of $94.4.

This is the second ATH in December which followed LUNA’s close at $75 on 4 December. 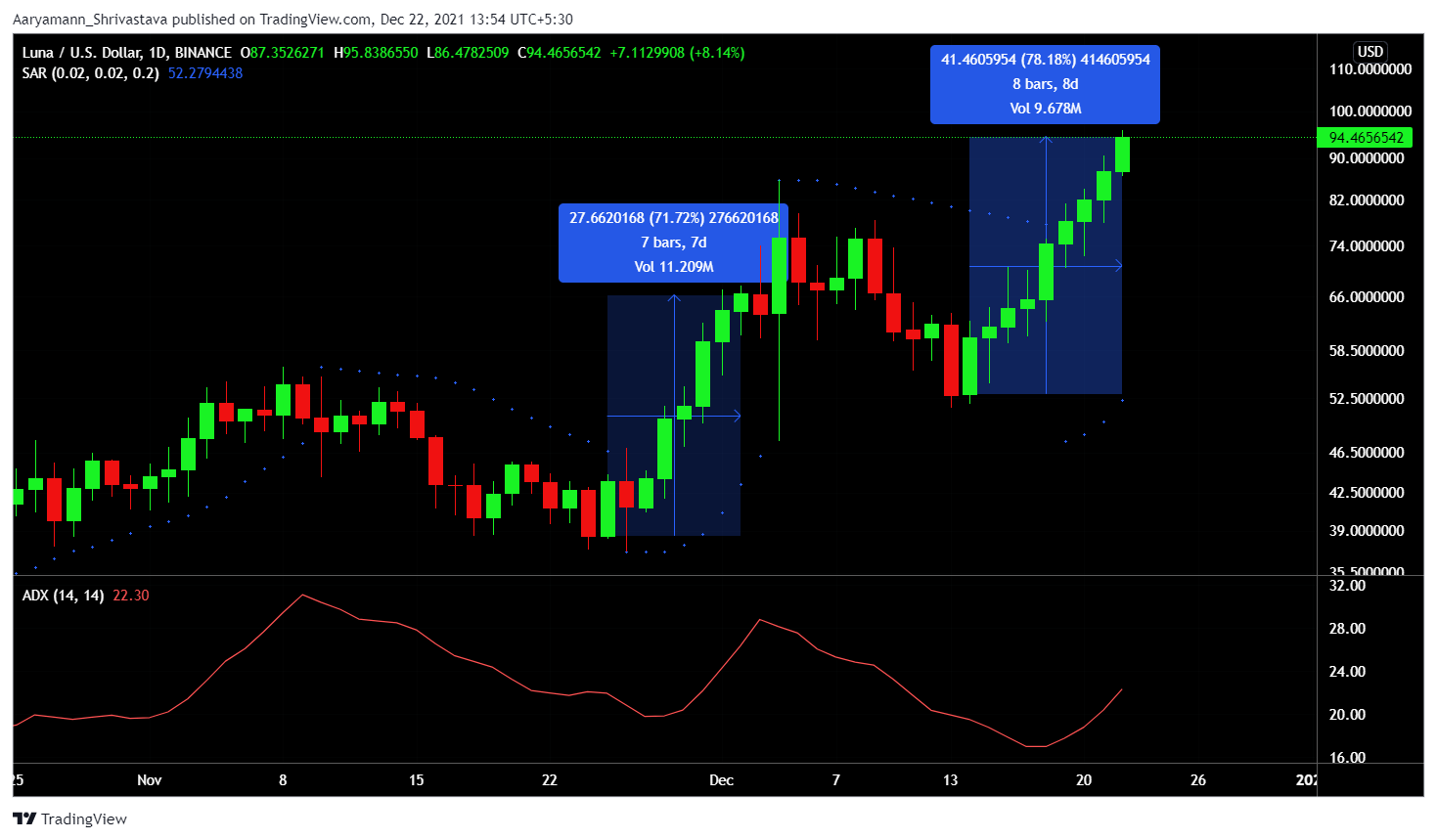 LUNA has always  maintained a solid social presence. In fact, the recent developments furthered the same with the altcoin now holding more than 1% dominance on social fronts.

Well, due to this new ATH a lot of people will want to invest in LUNA going forward. It would be a fair enough deal since its returns look pretty good. 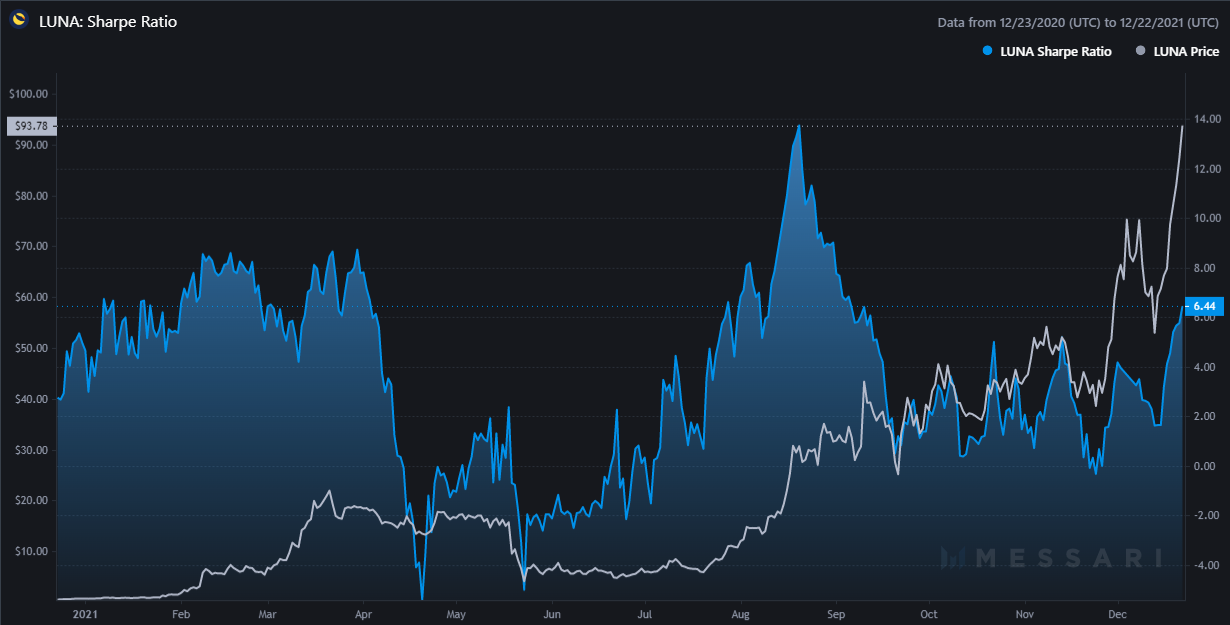 However, if the rally takes a break, it is important to keep an eye out for signs of a reversal. Since ADX is still under 25.0 which means the active trend isn’t as strong yet. New investors looking to jump in on the hype must watch out for the rising volatility. 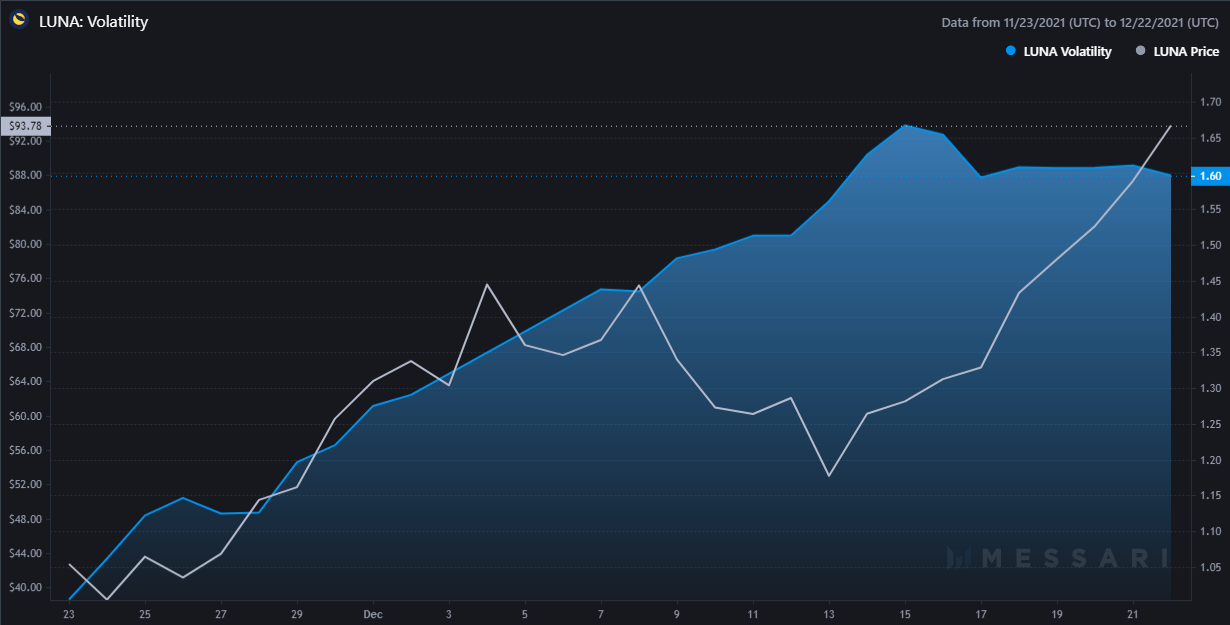