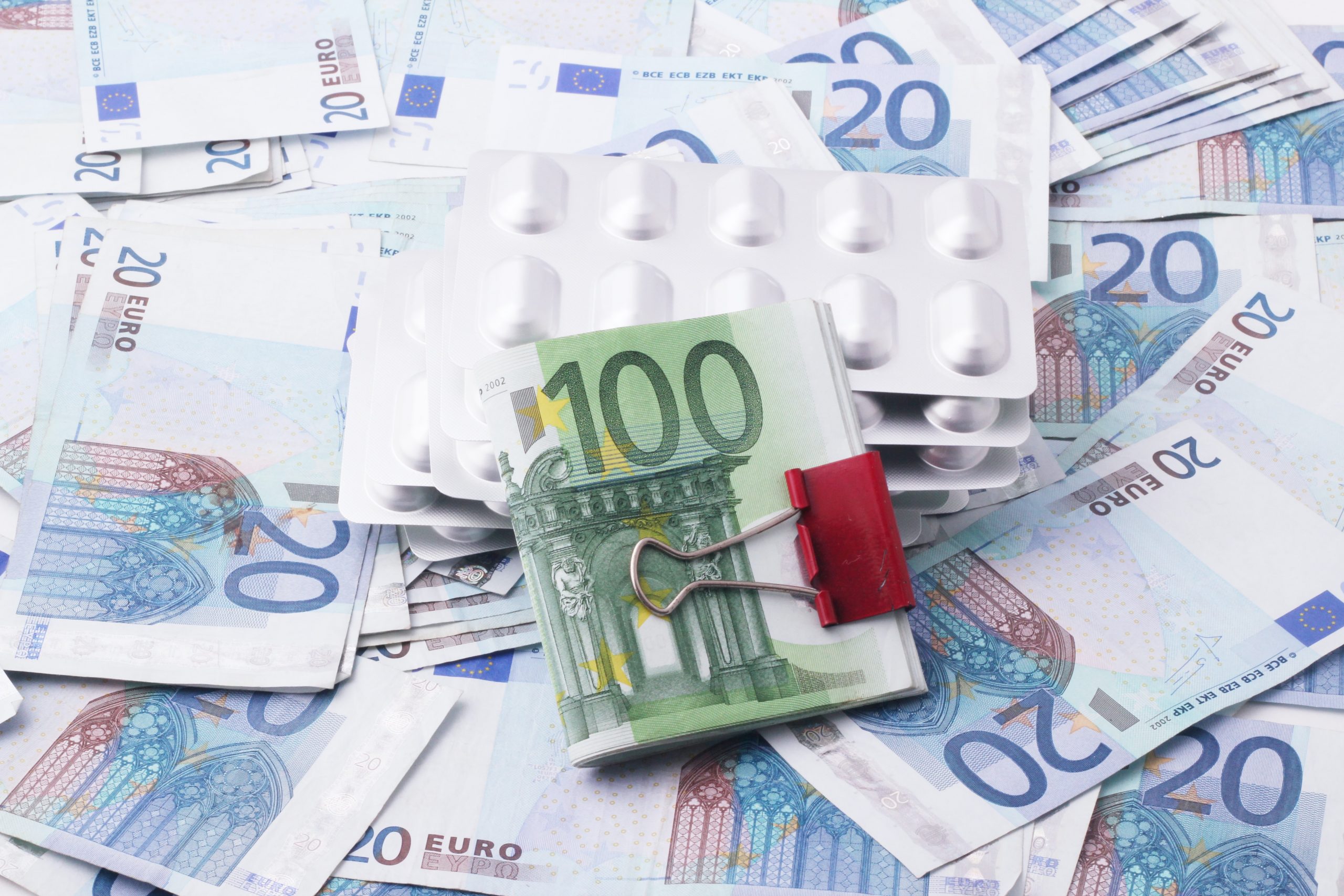 Despite a tumultuous 2020, stablecoins not only managed to stay ahead, but showed considerable growth and industry penetration. From a COVID-induced black swan event to an explosion in DeFi to Bitcoin’s stark price surge, 2020 has been a defining year. Stablecoins, in particular, saw major developments, both in terms of adoption and regulations.

Here are some important stablecoin developments in no particular order.

While this list goes on, let’s take a microscopic look at how stablecoins performed over the year, both individually, and in comparison to each other. The results are based on 7 stablecoins – USDT, USDC, BUSD, DAI, HUSD, PAX, & GUSD. Data collected will range from January 2019 to 12 December 2020.

Stablecoins under the lens 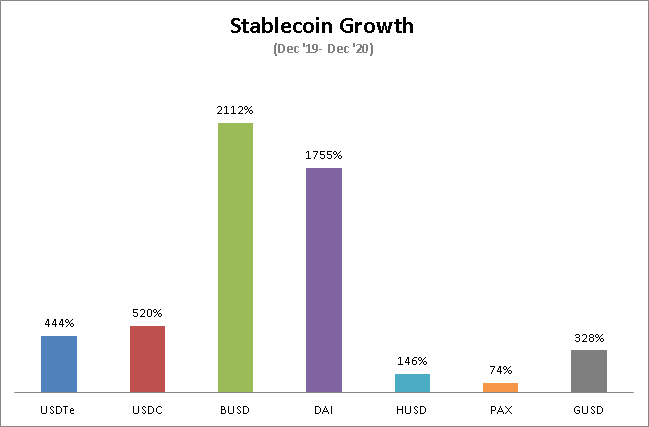 One thing to consider here is that while Tether’s growth isn’t as much as BUSD’s, USDT had a market cap of $2.2 billion at the start of 2020 and it still grew to ~$12.4 billion. Usually, a stablecoin’s market share drops after it gets big, but Tether hasn’t slowed down. 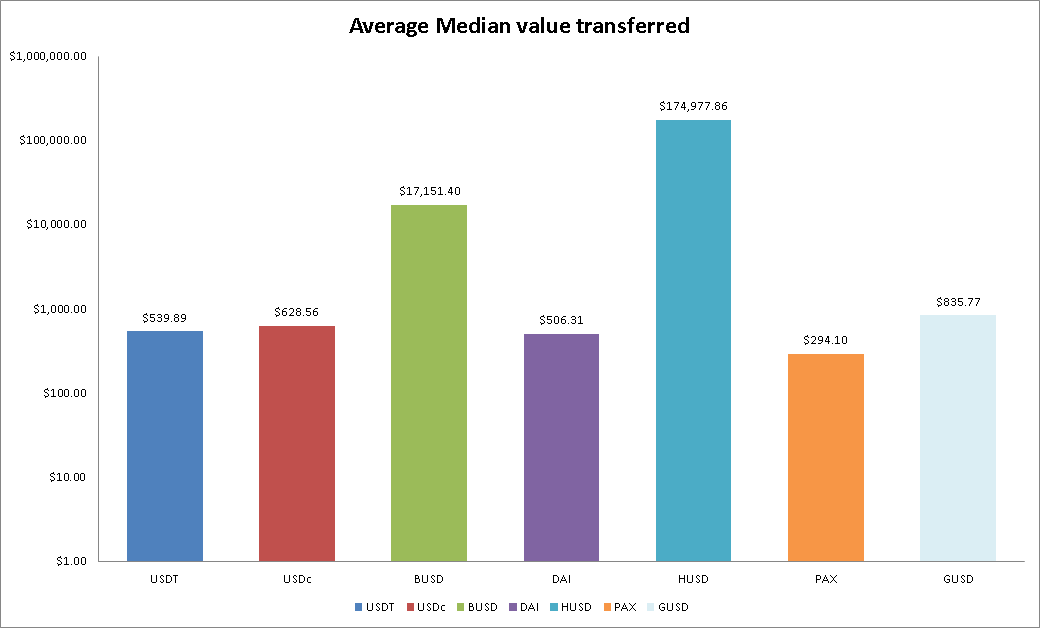 Knowing the average and the median transfer value can help identify which stablecoins are used by whom. A lower mean and median value transfer indicate that the stablecoin is mainly used by retail. However, if this value is high, then it is used by institutions or high net worth individuals. 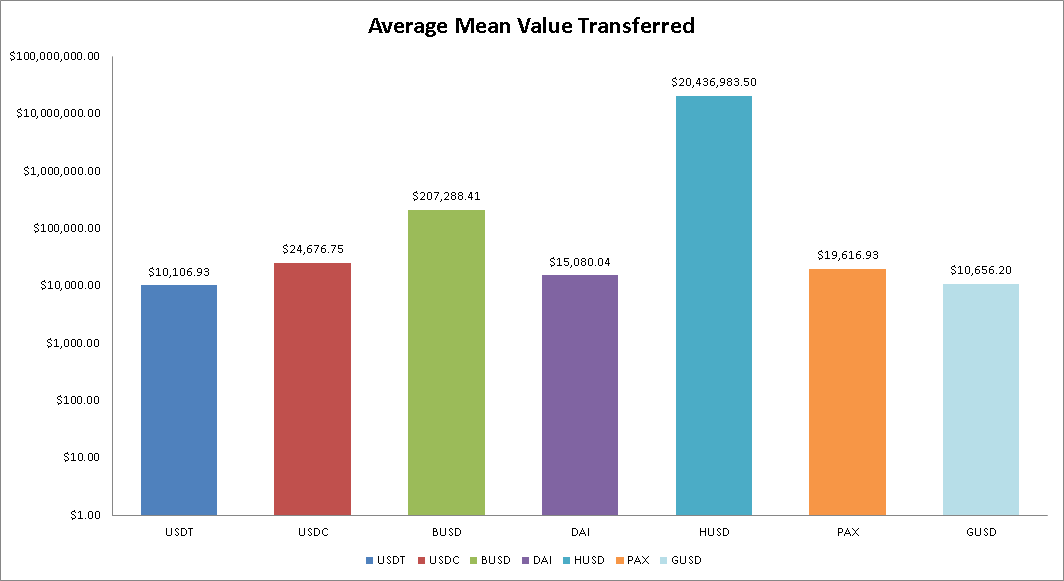 Following a similar trend, the mean value transferred was the highest for HUSD followed by BUSD, USDC, PAX, DAI, GUSD, & USDT. Perhaps, the exchanges getting into the mining & the OTC industry may be the reason why exchange-based stablecoins saw high median value transfer. From the looks of it, except HUSD and BUSD, other stablecoins were the most retail-popular coins.

Disclaimer: Institutions or high net worth individuals can break down their transactions into smaller units, hence, this result isn’t comprehensive and isn’t a conclusive test to determine if a stablecoin is retail-focused or institutional-focused.

This section is really important and gives an insight into how the market [crypto as a whole and stablecoin] has matured. Stablecoins and manipulation have been topics of contention for quite some time now. While this is mostly focused on Tether, the world’s largest stablecoin, this topic does deserve the center stage since stablecoins are the most popular way to onboard users into crypto. Hence, the logic behind the question of price manipulation by stablecoins does make sense.

But, is it true though?

Well, studies conducted earlier showed conflicting results. So, another way to confirm if this is true is to compare the percentage change market cap with the price surge of Bitcoin and find if there is a positive correlation. [Note: This method doesn’t specify if it is supply-driven or demand-driven, hence, not to be taken at face-value or investment advice]

This method can be split into two ways, 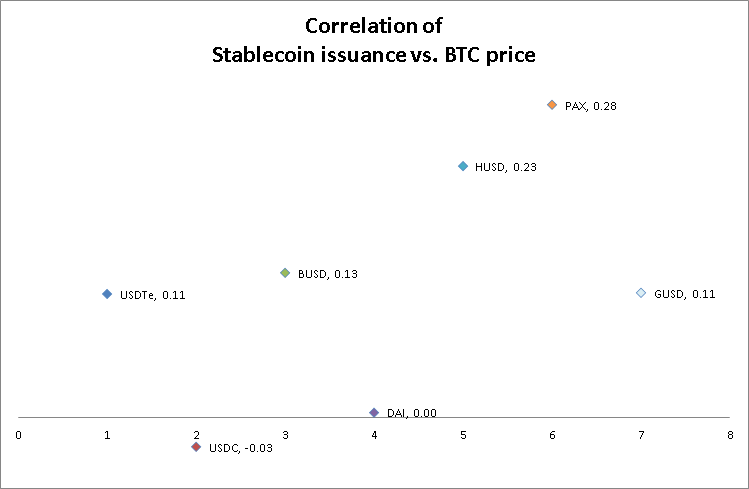 The second method yielded a 0.009065 correlation and proves that there is no correlation between stablecoin issuance and the price of Bitcoin.