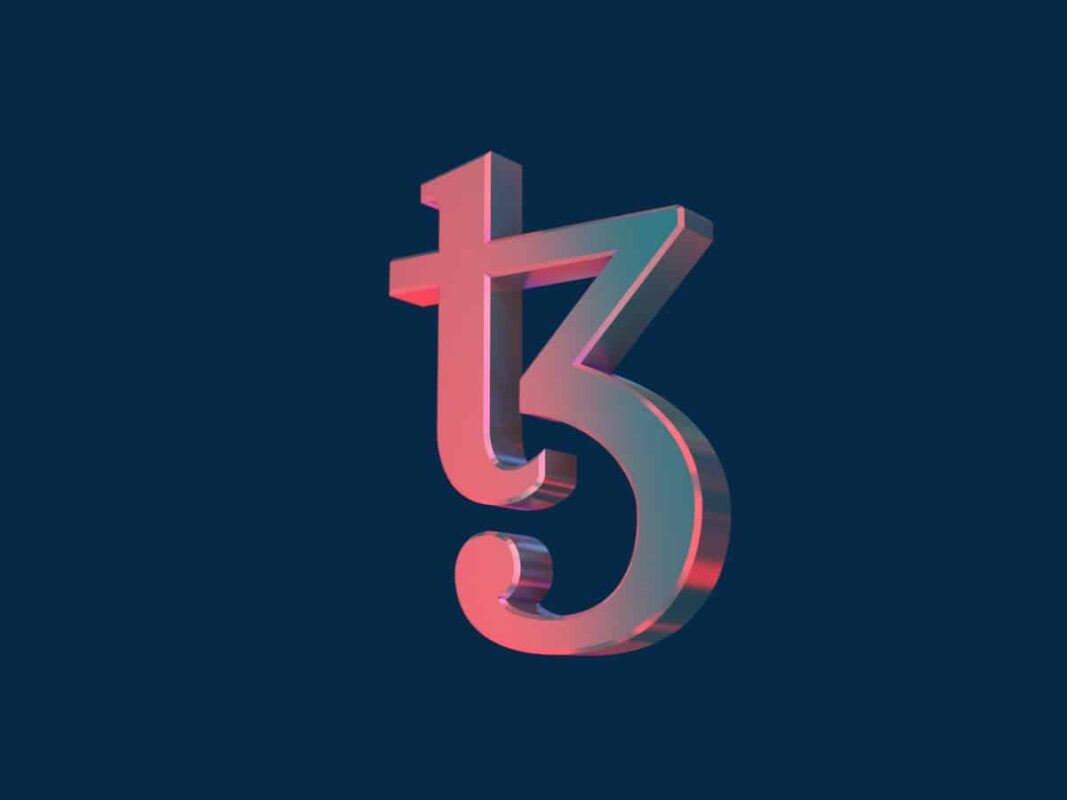 According to a new report by Messari (provider of crypto market intelligence products), Tezos, an open source blockchain for deploying smart contracts, recorded some growth in the last quarter.

Marked by a decline in the prices of several crypto assets, the bear run in the last quarter also led to a decline in growth metrics for many of the blockchains that power these categories of digital assets.

According to Messari, the story was, however, different for Tezos. In the last quarter, Tezos saw an uptick in its network usage.

Amongst other findings, Messsari also noted that the NFTs marketplaces built on Tezos gained significant user traction in the last quarter.

Let’s consider the report fully and examine how the blockchain’s native coin XTZ fared within the same period.

According to the report, the general downturn in the cryptocurrency market led to a significant drop in the market capitalization of the Tezos network.

Interestingly, despite a decline in its market capitalization in the last quarter, Messari found a growth in the chain’s overall network usage.

On a year-over-year basis and with 1.9 million transactions recorded per month in the last quarter, the network recorded a 94% increase in overall network usage.

While on a broader scale, the network saw growth in usage in the previous quarter, a breakdown of component parts tells a different story. According to the report, 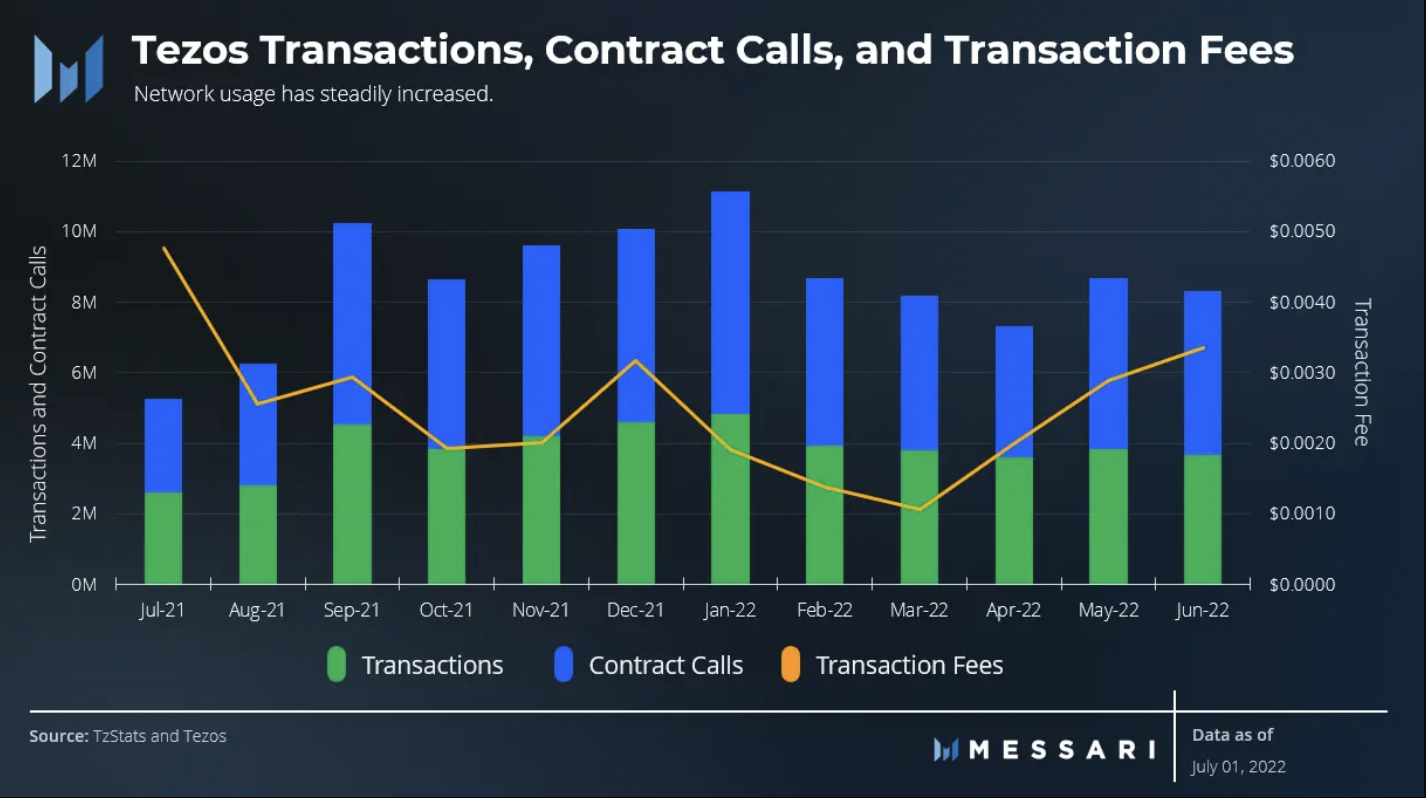 Thanks to NFT degens

With the significant uptick in sales volume on NFTs marketplaces housed on Tezos, Messari found that NFTs sales represent the majority of network activity on the chain. 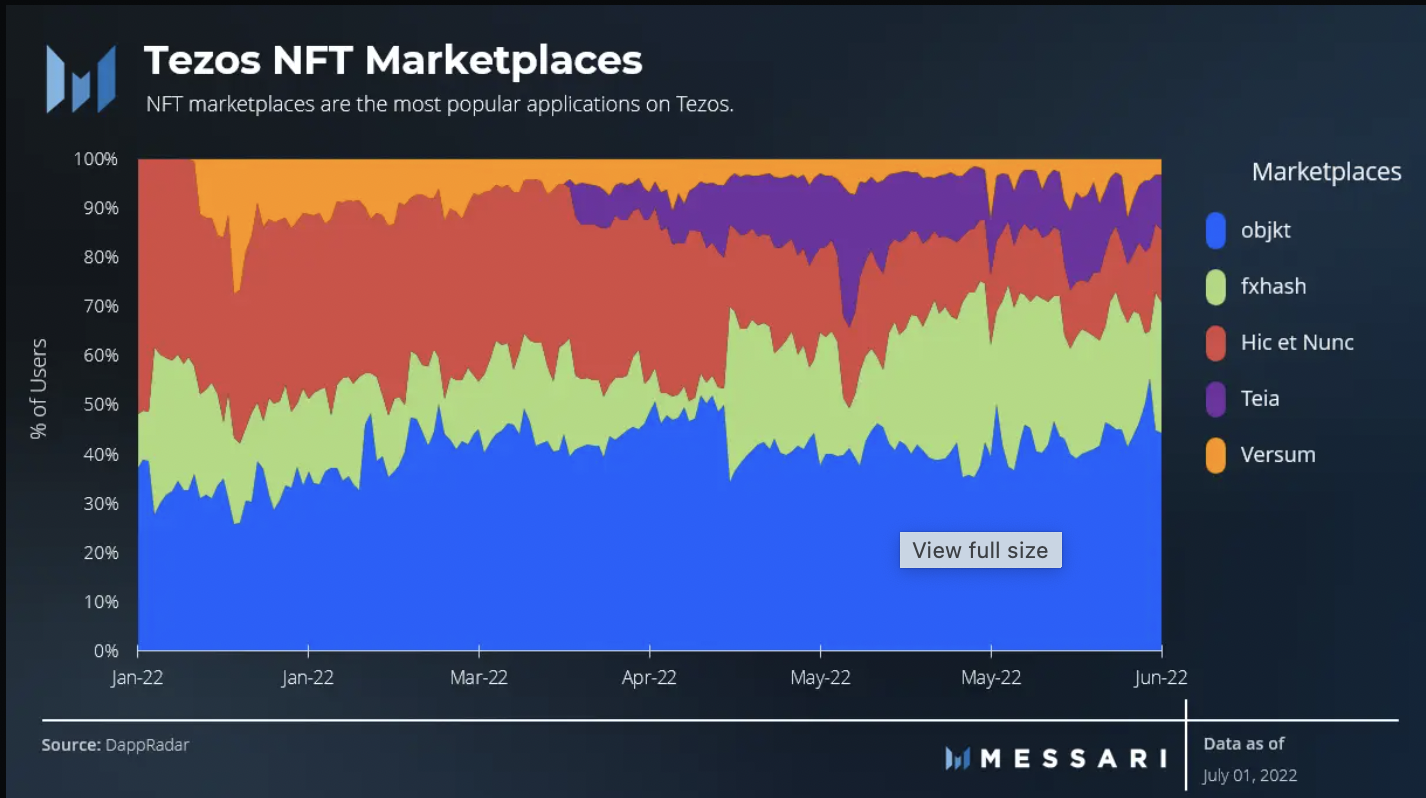 That being said, in the 90-day period between April and June,  the price of XTZ declined by 62%.

It fell from $3.72 to $1.38 within that period. Also, closing the quarter with a trading volume of $55.47 million, data from Santiment showed a 66% decline in trading volume in the period under review.

Furthermore, the coin’s market capitalization recorded a drop from $3.478 billion to $1.34 billion at a 61% drawdown in the last quarter.

APE turtle traders can consider these metrics before buying breakouts