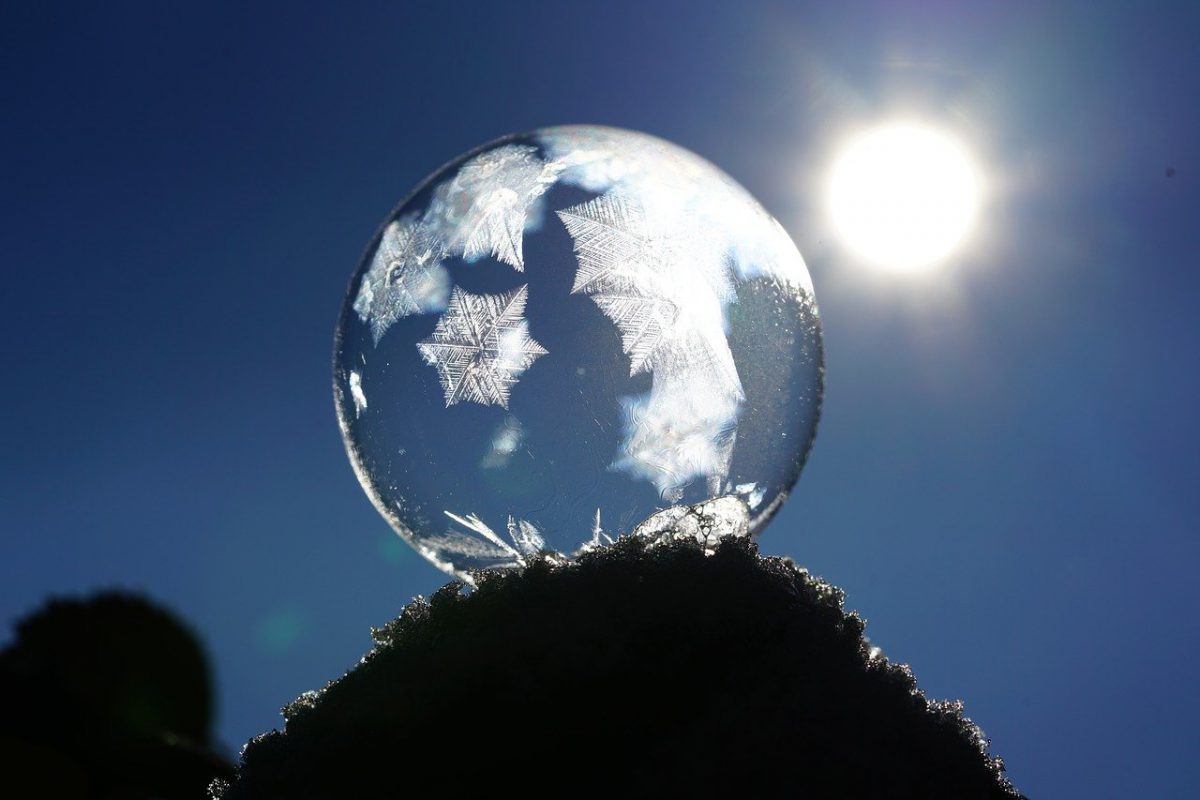 Tezos has recorded losses over the past couple of weeks and it was heading back towards the $2-level of support, at the time of writing. Basic Attention Token was also on a downtrend since early-December and found support at the $0.2-level. Finally, Dogecoin was consolidating at its level of resistance. 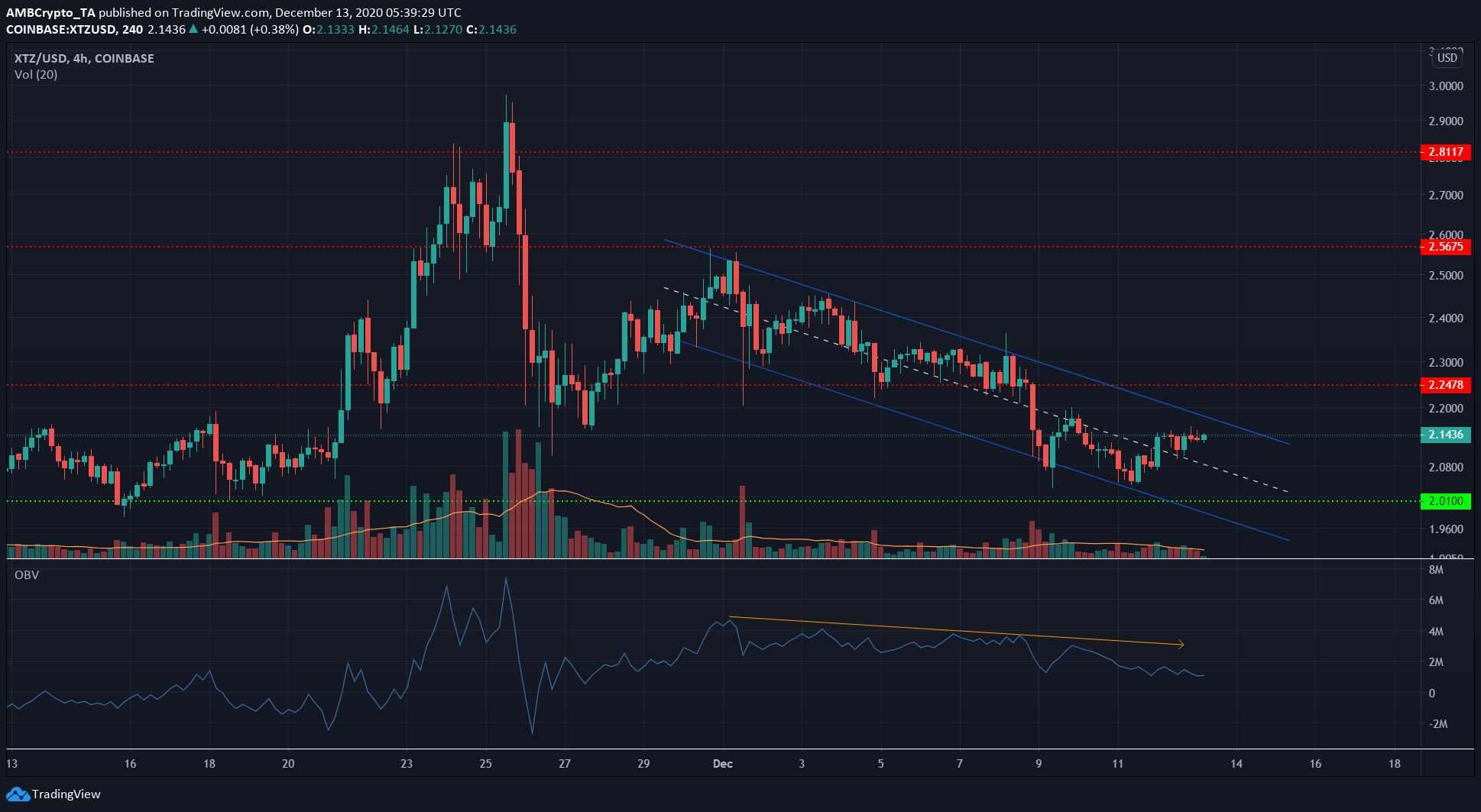 Tezos had bearish momentum behind it over the past couple of weeks. It formed a series of lower highs and lost the level of $2.24 as it traded within a descending channel.

The OBV also showed lower highs formed over the same time period to highlight that selling volume was greater than the buying volume. It was likely that XTZ would descend to test the level of support at $2 in the coming days.

A reversal would be signaled if the price sees a candle close above the channel backed by significant trading volume. 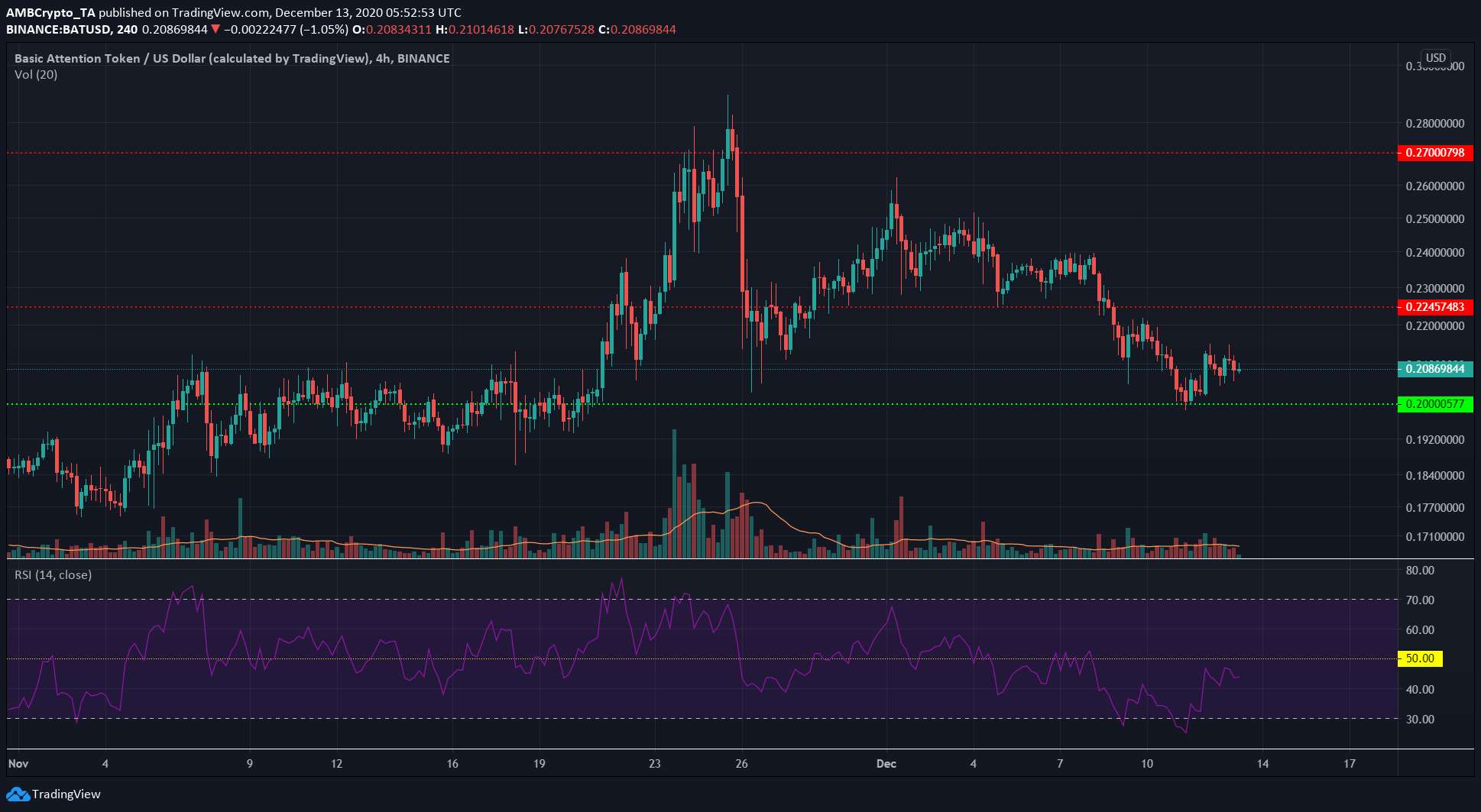 BAT was also on a downtrend after forming a local top in late November. It appeared to have recovered more than half of its losses towards the end of November, but since December began, the price has been gradually sliding downwards.

The RSI also showed that a downtrend was in progress, and it has not climbed past the neutral 50-line since early December.

BAT bulls would seek to defend the $0.2-level of support in the coming days.

In related news, iOS users of the Brave browser would have to give up on BAT rewards in order for the browser to comply with the Apple App Store’s rules. 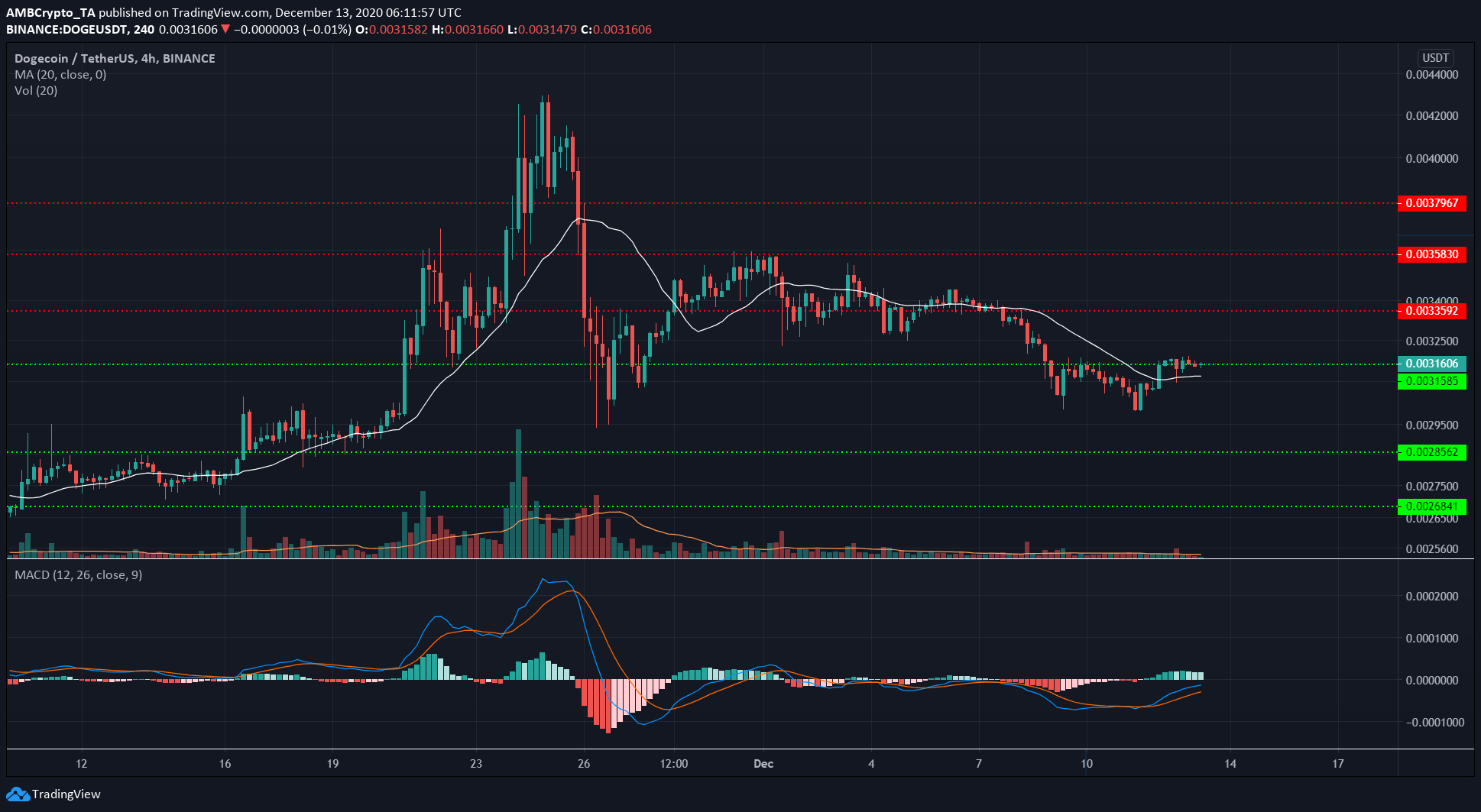 Subsequently, the price slipped beneath the level and saw the $0.0031-level flipped to resistance. However, DOGE has been consolidating at this level over the past few days.

The MACD formed a bullish crossover to generate a weak buy signal, and the price also moved above its 20 SMA to underline its recent short-term bullishness as it rose by nearly 5.4% in a few hours, from the most recent low at $0.003 to $0.00316.