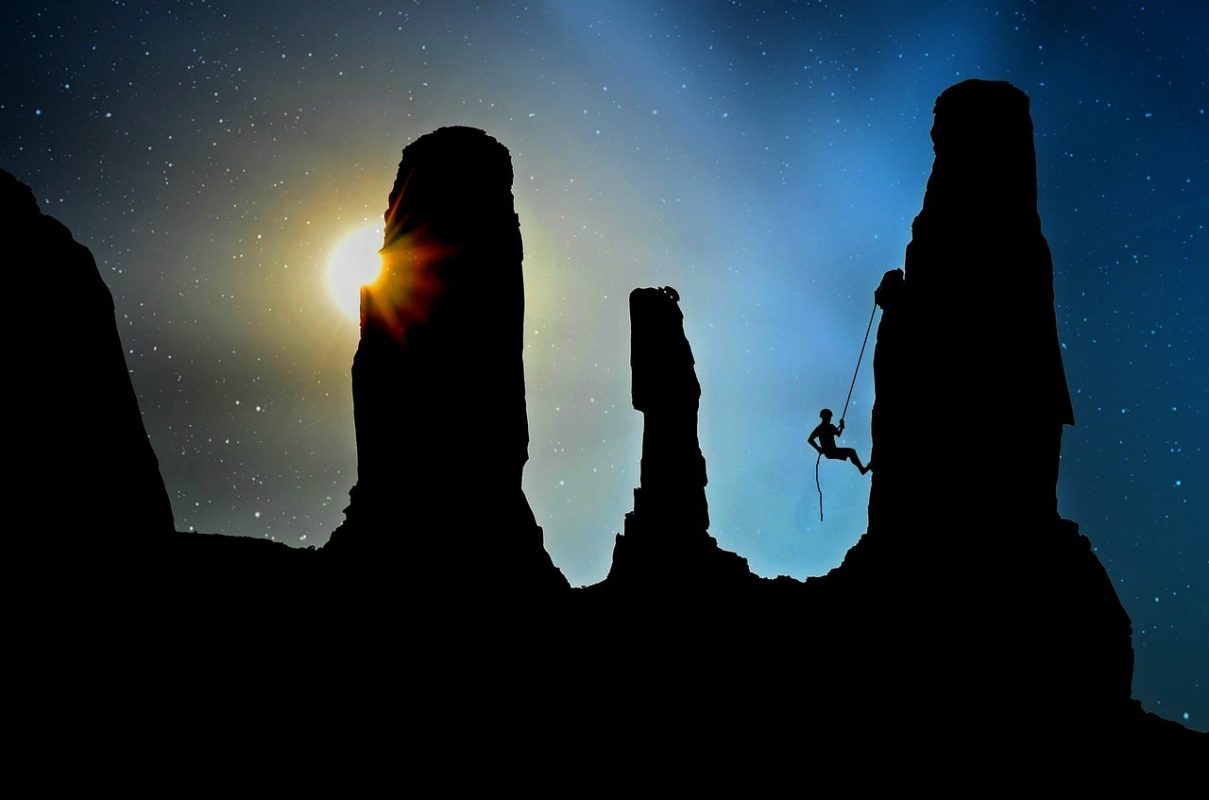 The correlation between Bitcoin and Tezos has been rising since the last week of February. A weak correlation, however, morphed into a very strong positive correlation as the end of March approached, with the same being the case at the time of writing. Bitcoin has defended the $58,000-mark well in recent days, barring a quick dip to $56,800 that was likely caused by cascading liquidations. Given the positive correlation, Tezos might be preparing for its next leg northward as well. 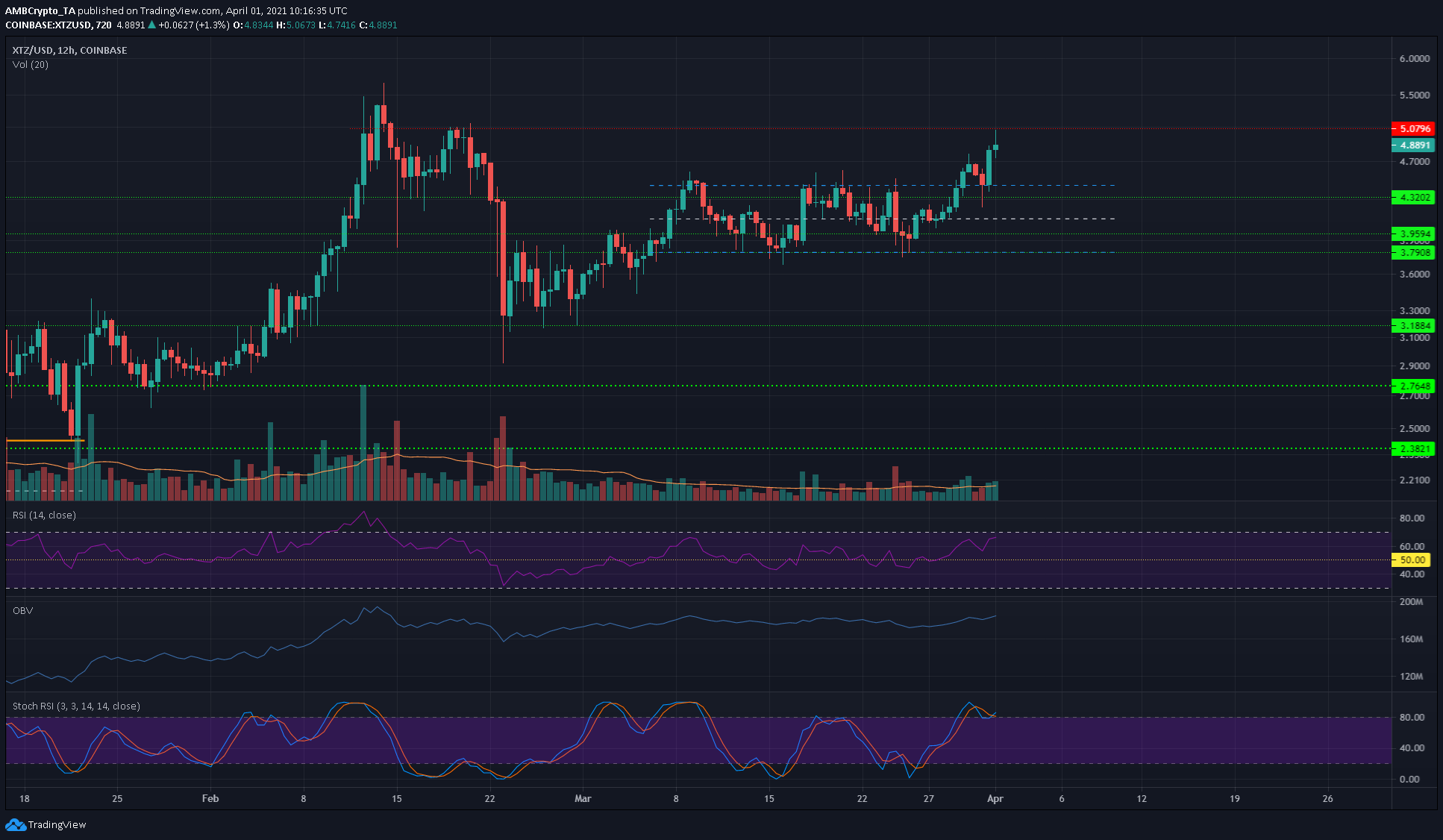 On the 12-hour chart, XTZ broke out past the range (dashed, blue) highs at $4.45, rose to $4.73, before pulling back to retest the range highs as support. This confirmed its flip to a region of demand, with XTZ climbing to touch $5 in recent hours.

The long-term bias for XTZ was strongly bullish – the consolidation followed by a breakout back towards its ATH was backed by steady demand from buyers. Flipping the $5 area to support can be expected to occur in a few days. This scenario would likely boost investor confidence in XTZ, and buying pressure could push XTZ to a new ATH in the coming weeks.

The OBV has been on a steady uptrend after it fell to $3.1 in late February. This was when Bitcoin tumbled from $61,800 as well. The OBV’s uptrend showed that buyers have been steadily arriving since that drop.

The RSI was oscillating around neutral 50 over the month of March, and just recently climbed strongly to register a value of 65, at the time of writing. The Stochastic RSI was in overbought territory, and some consolidation under the $5-mark can be expected before a breakout north.

The 12-hour and higher timeframes showed that momentum was in favor of the bulls, and had legitimate backing in the form of demand from buyers. The $5-psychological level will be a stubborn area of resistance, but Tezos is likely to breach this area and post a new ATH in the weeks to follow. A bullish Bitcoin reinforces the positive outlook for XTZ.

Will a US Bitcoin ETF get approved this year?