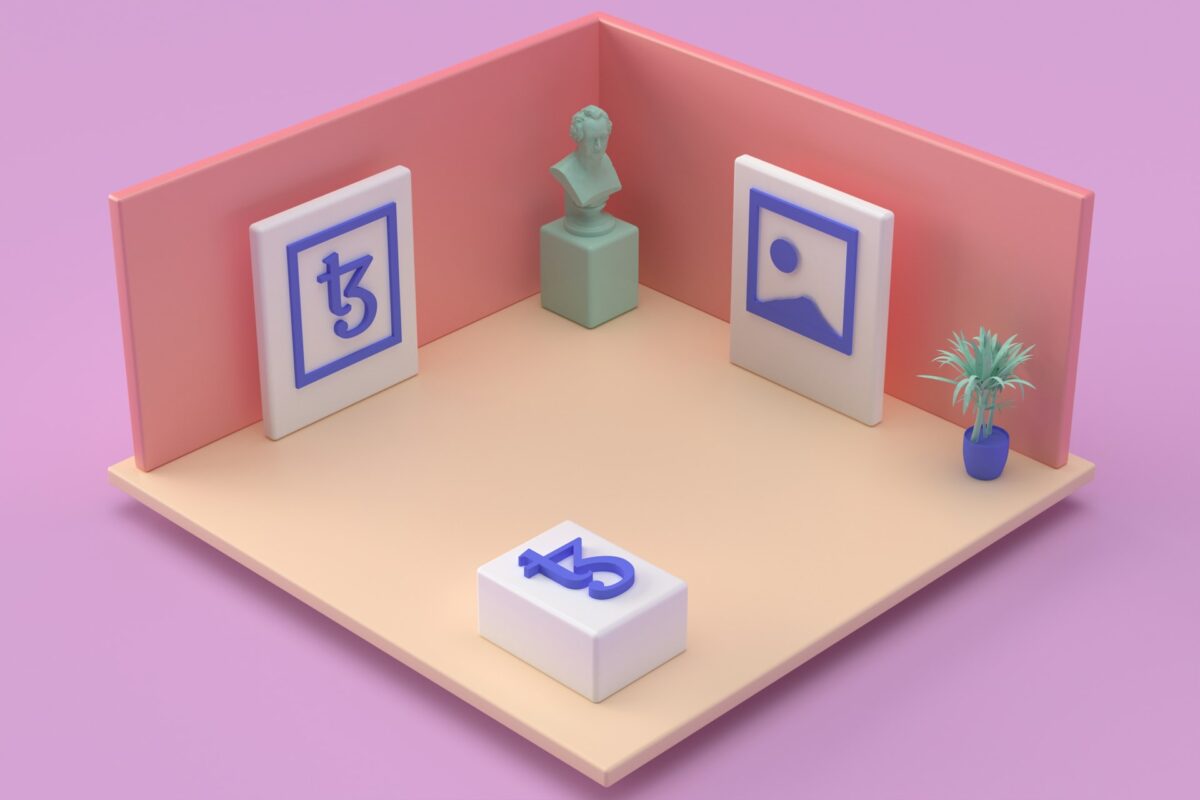 The crypto market has taken huge hits in recent weeks with $500 billion being wiped out of it. The NFT market is among the first ones to take the huge brunt of it. The euphoria around the NFTs has cooled down recently which has opened the floodgates to losses across the board. The NFT sales volume by May has roughly equaled last year’s entire total of $40 billion but there’s a catch.

In a weekly update by IntoTheBlock’s Head of research, Lucas Outumuro, briefed on the recent downfall of the NFT marketplace. He pointed out in the study that the ‘furthest assets in the risk segment are getting crushed’. Despite starting the year on a high, the NFT transaction volume has dropped spectacularly.

Take the example of the Bored Ape Yacht Club that has fallen by a massive 60%. The report says,

“Buying a BAYC NFT at floor price four weeks ago would have resulted in a loss of nearly a quarter of a million dollars. This coincides with a drop in Ether’s price, which is the main currency in which NFTs are traded. However, ETH is down “only” 30% in May, while most NFT collections have lost over half of their value.”

The crash in the NFT prices eventually led to a dramatic downturn in trading volumes. The NFT market was unable to carry the momentum earlier from the year and plummeted starting April.

In January alone, the transaction volume was above $16 billion but it crashed down to just $4 billion (so far) in May. As per TechCrunch, Coinbase’s NFT marketplace has disappointed so far, trading under a million dollars worth of NFTs and less than 2,000 users. 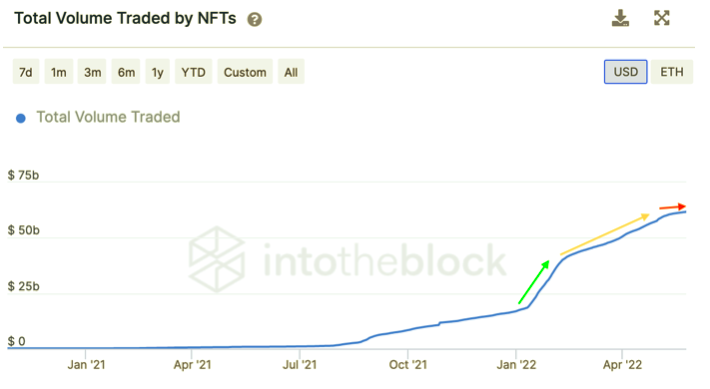 With stark drops in prices and trading volumes, there was a drop in the social sentiment for NFTs. Similar to its trading volume, the Google Searches for NFTs have dropped by 75% since its peak in January.

What do the experts have to say?

Transactions since last summer have come in “fits and starts,” according to a report from Chainalysis. Two spikes in particular are responsible for driving the NFT activity. The first is the launch of the Mutant Ape Yacht Club during late-August. While, the second is the launch of a new NFT marketplace called LooksRare that shot up activity in January-February.

Ethan McMahon, an economist for Chainalysis, said this indicates that the NFT market is starting to consolidate, with few companies holding a growing market share.

“Things are changing,” he said. “[What] we have been seeing is consolidation in the more well-known blue chip collections of NFTs.”

David Hsiao, the chief executive of the crypto magazine Block Journal, said the market for digital assets looks bleak in the days ahead, and he wanted to limit the damage by selling now. Hsiao added that he expects the NFT market to suffer because of the declining price of cryptocurrency, along with other conditions like inflation, the prospect of rising interest rates, the pandemic and Russia’s war in Ukraine.

“If we enter a real recession, NFTs are going to be the first to go,” he said. “People aren’t going to value art, especially such a new age of digital art, when there’s a lot more problems in the world.”

How Avalanche [AVAX] is managing to recover despite declining user interest