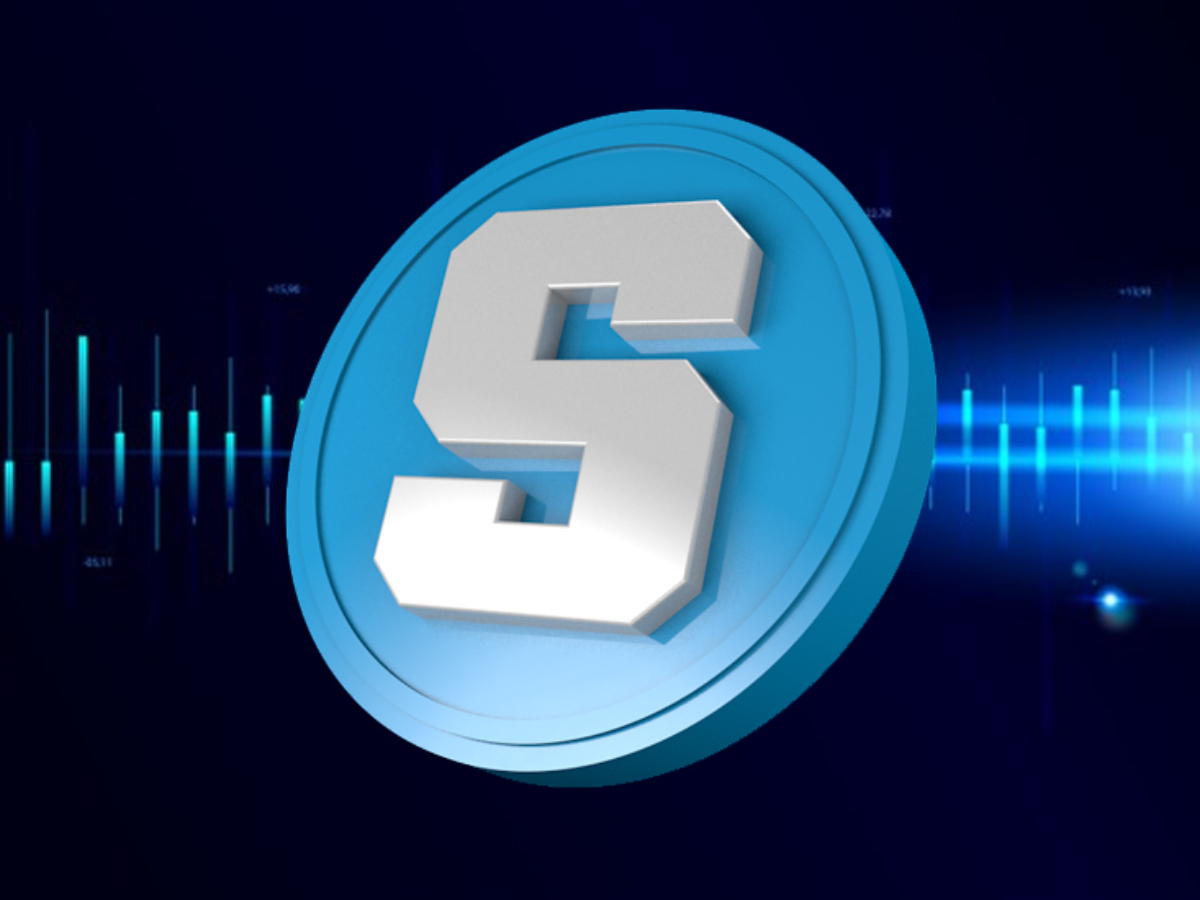 The Sandbox is an rapidly rising token and this week was no different. Despite the market bleeding for the last 11 days where Bitcoin lost over 16.1%, the Sandbox has been moving in the opposite direction. Even though this rally isn’t as high as 318%, which took place in early November, it is significantly more secure for investors.

Did the Sandbox bring a SANDstorm?

The Sandbox this week pushed against the broader market trends and registered an 87.79% rise. This made a huge impact on the investors and SAND even managed to cross the $4 mark yesterday. 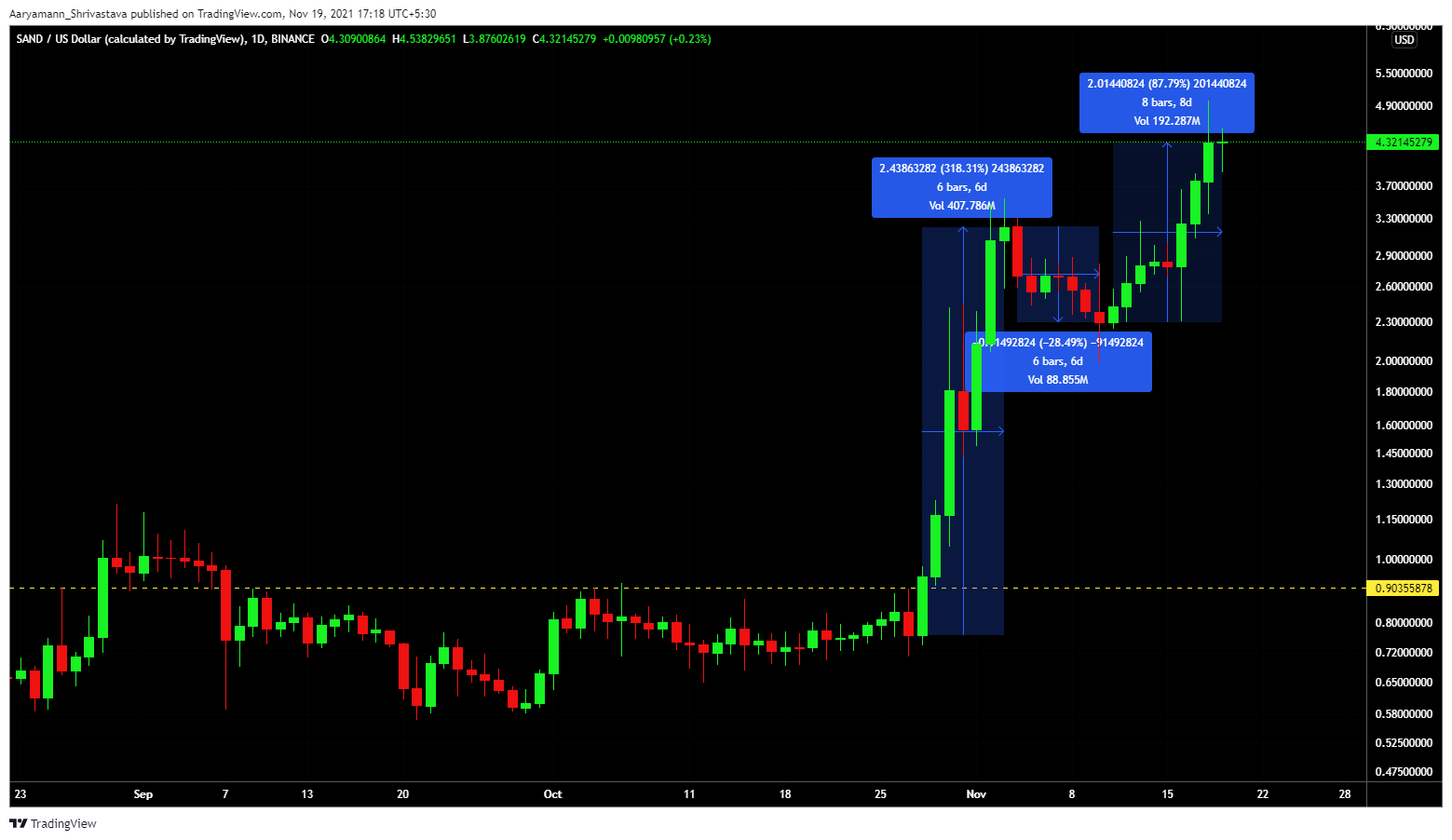 Interestingly, this rally is different since it isn’t born out of FOMO. The FOMO investors who bought in during the hype (around the then all-time high levels of $3.2) eventually faced losses during the 28% corrections that followed naturally.

However, since this week the Sandbox is charting growth organically, the chances of a 28% correction again and a network-wide capitulation seem slightly unlikely. 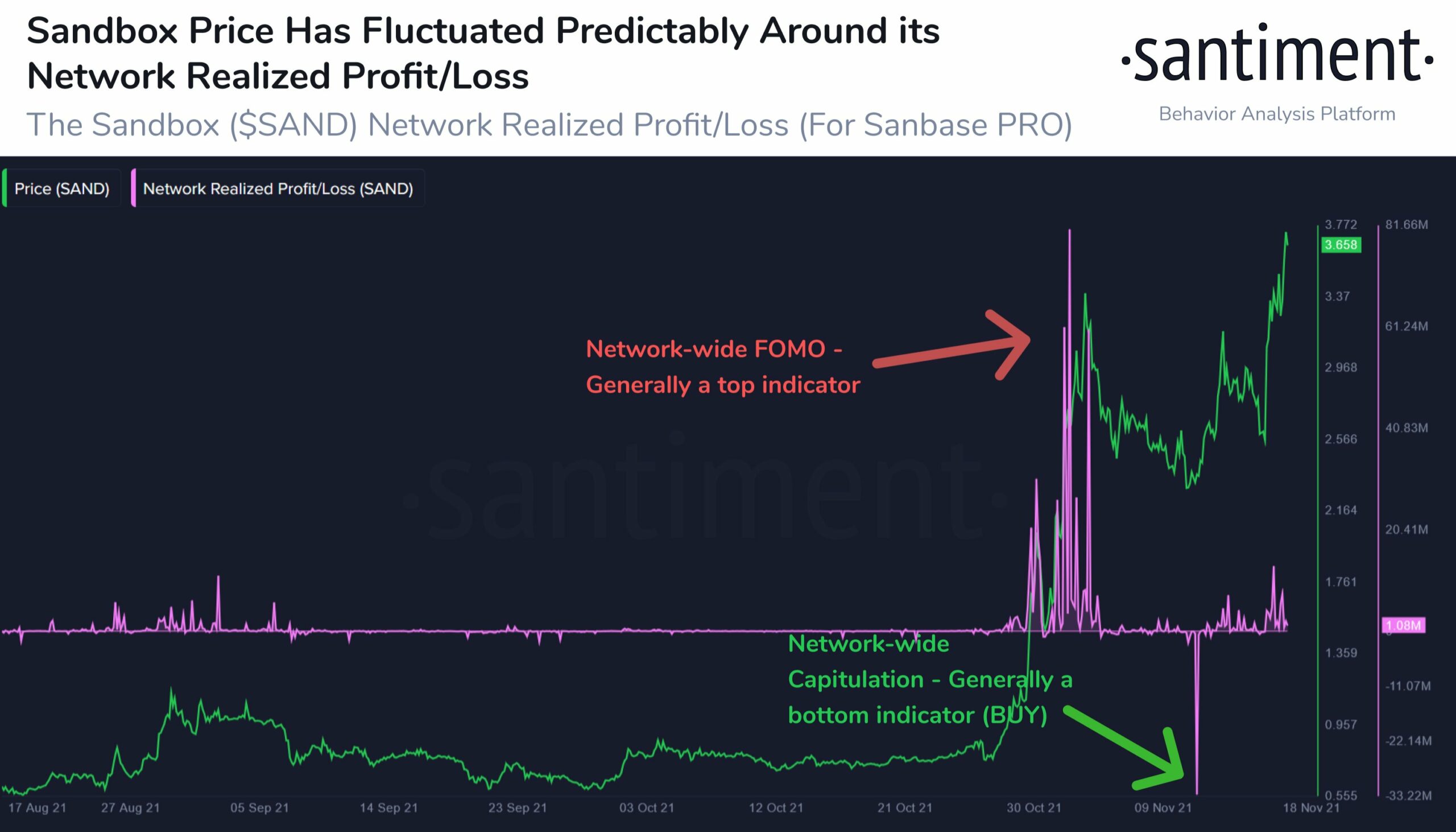 Well, SAND being a whale token (85% dominance over all of SAND’s supply) it is not surprising when whale transactions averaged this week at $40 million, with transactions peaking at $80 million yesterday.

But, since non-retail transactions (transactions worth more than $100k) only represent 88% of the $546 millions in volumes, the remaining 12% ($63 million) are still due to the movement of investors. Even so, for any new investors, the fear of whale dumping will always loom over their heads.

And, new investors will still likely join the network since social volumes and dominance are through the roof for the coin. Besides this, the network growth is also continuing to go up every day.

However, since its correlation to Bitcoin is still at negative 0.5, it will go down if BTC rises. So, investors can keep an eye on this indicator to find out when a price fall is incoming. Should this correlation rise towards 1.0, then expect SAND to will follow the broader market trend too. 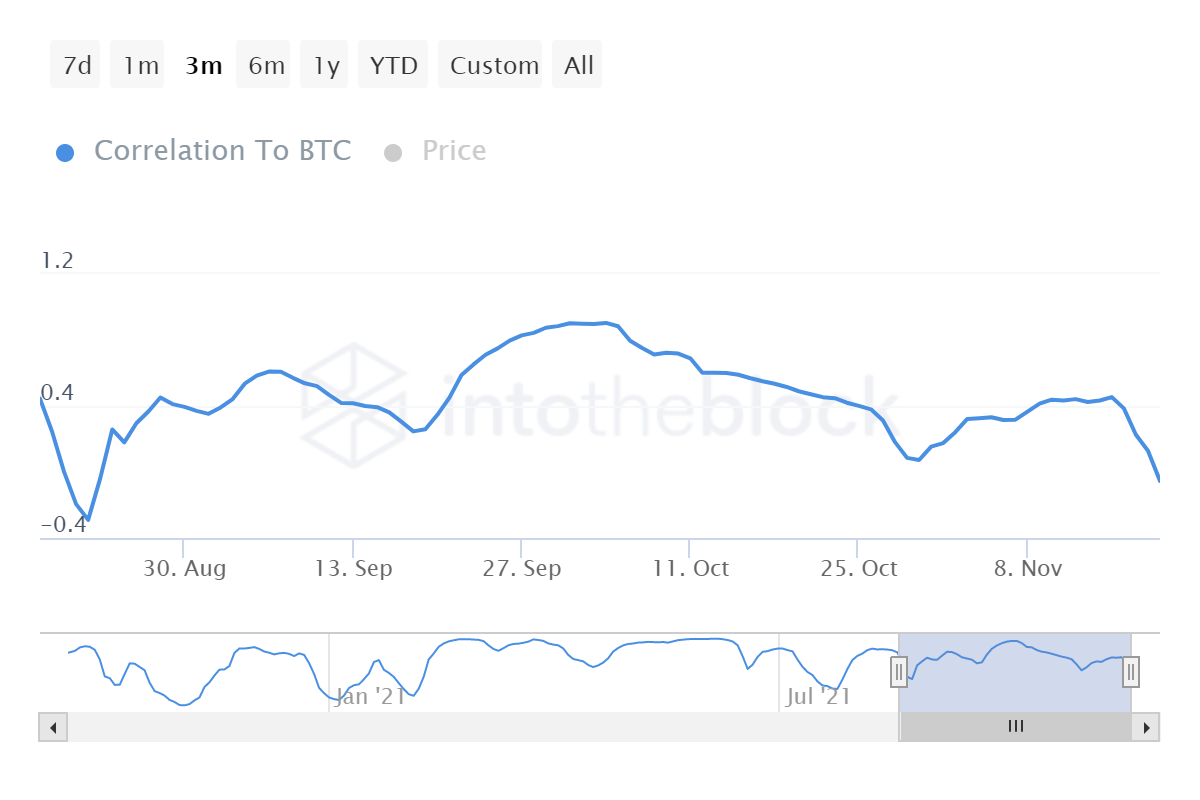 Secretum: The next generation of NFT trading