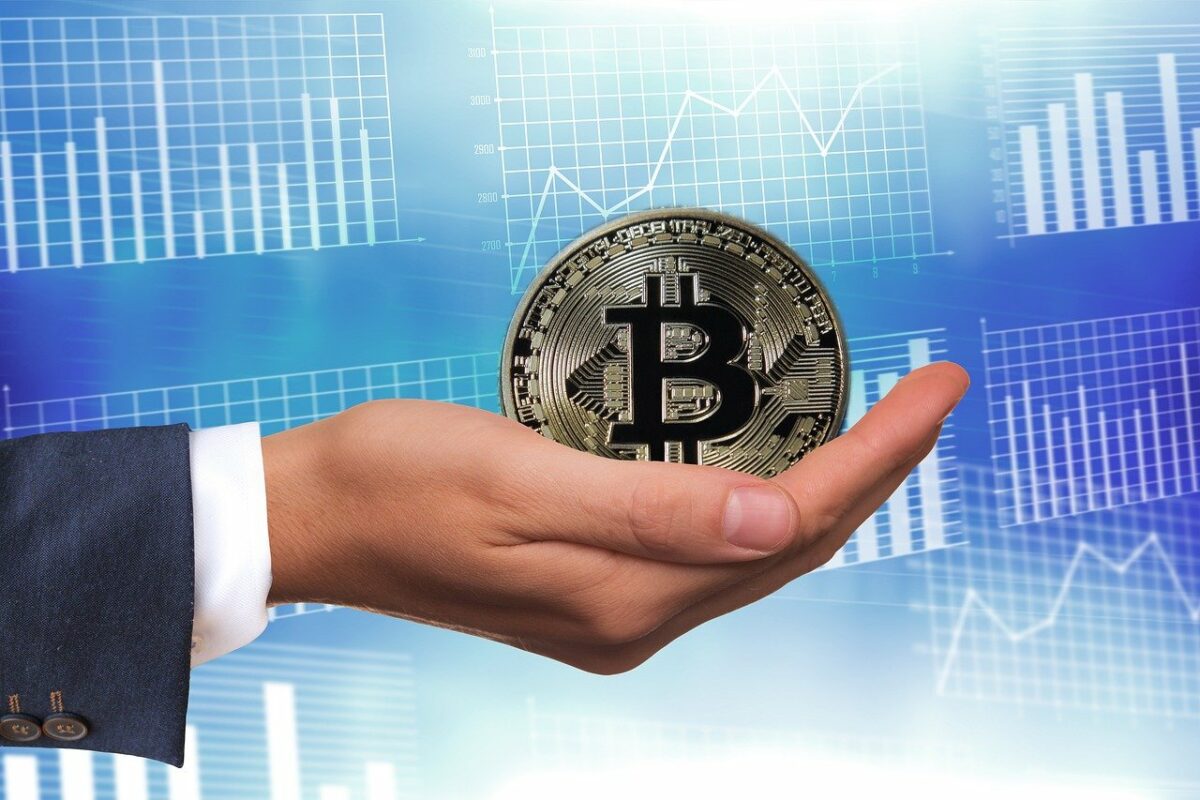 Bitcoin marched into the third month of Q3 on a high. Following a correction of over 40% in Q2, many in the community now anticipate the king coin will soon breach its previous ATH. Such expectations were emboldened after BTC oscillated just above the $50,000-level at press time after two weeks of steady consolidation. What’s more, it would now seem that on-chain indicators have finally aligned to pave the way north for premier cryptocurrency.

A recent Glassnode report highlighted how with the price pushing above $50k and some notable profit-taking last week, the market currently is sitting at the top end of a very high on-chain volume node. 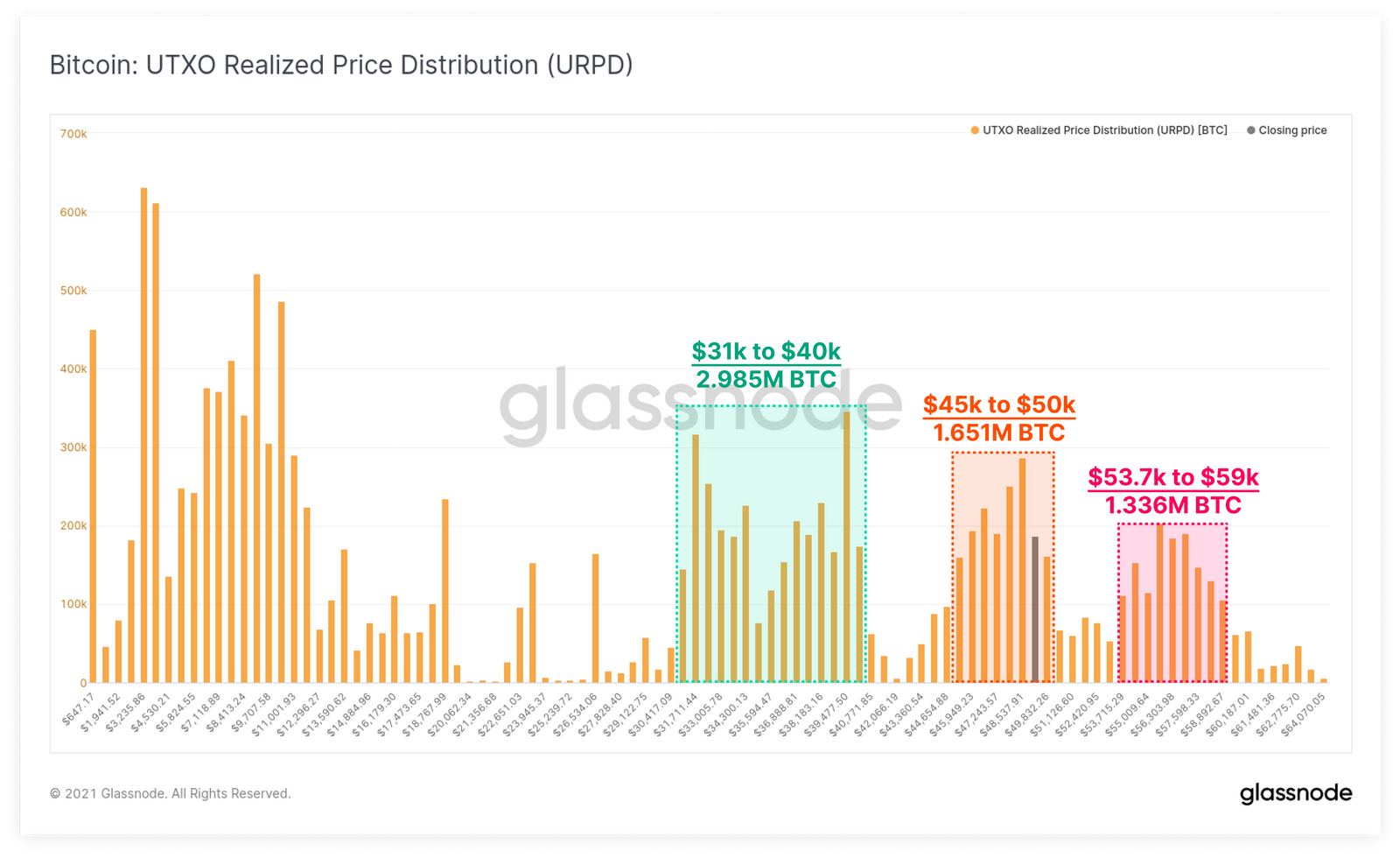 Looking at the big picture position of the Bitcoin market in terms of the three distinct on-chain volume bands – $31k to $40k (price floor), $45k to $50k (current range), and $53.7k to $59k (trillion-dollar asset) – helps understand the larger sentiment of the market. It indicated that a fairly strong set of high conviction investors remain in the market – A powerful signal for the bulls.

Notably, profits continued to be realized throughout August as the price traded higher. This presented an underlying market strength, capable of absorbing this spent coin supply.

Interestingly, the aSOPR metric highlighted that similar behavior was observed after the March 2020 sell-off. The event began with capitulation where losses were realized by panic sellers over an extended period of time. This was followed by profitability returns as signaled by the aSOPR trading and holding above 1.0. 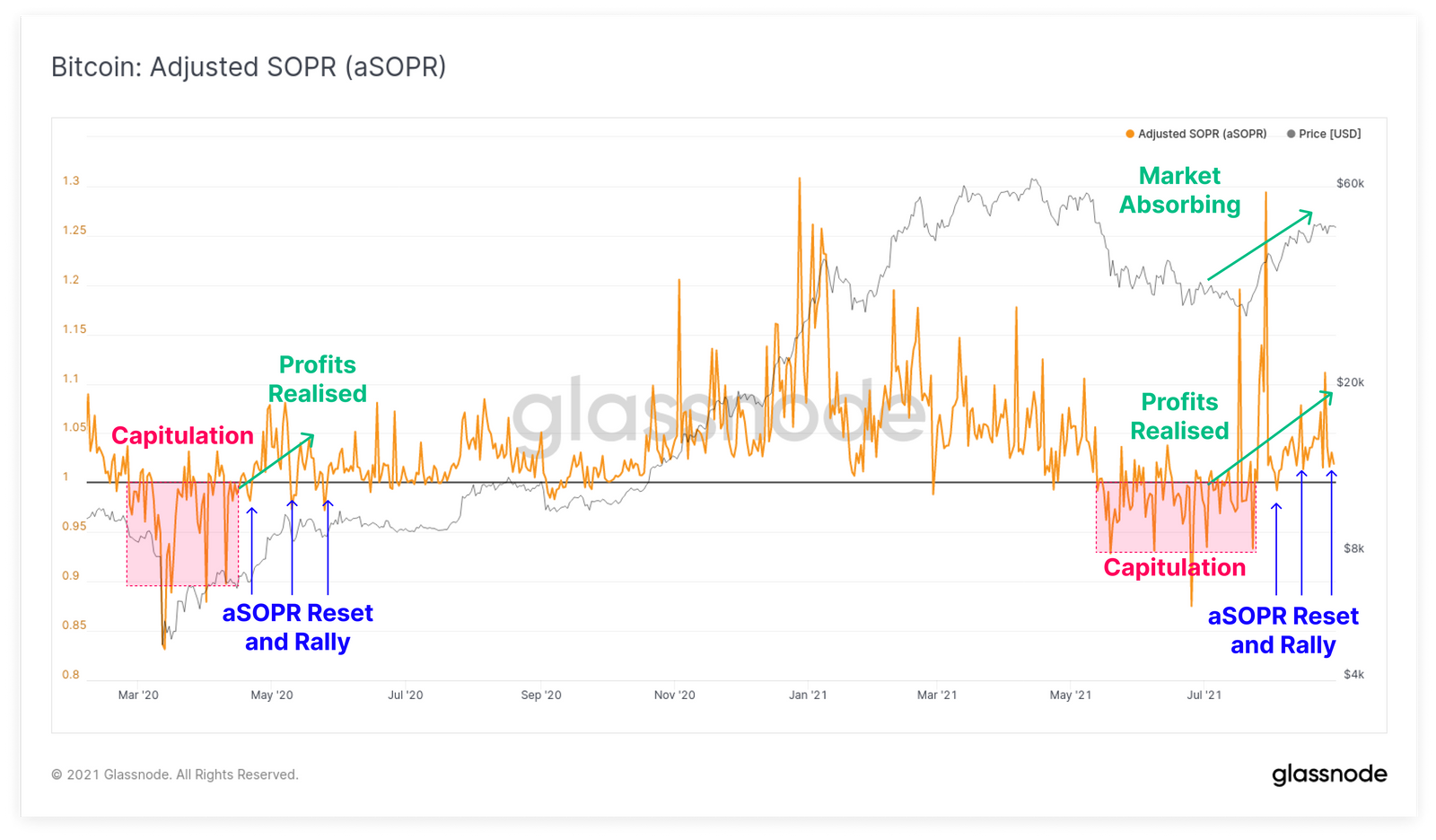 This suggested that while profits are being realized, the market strength is sufficient to absorb sell pressure.

Finally, buyer conviction returns as the aSOPR reset to 1.0 on a number of occasions. It then bounces higher, suggesting holders of profitable coins prefer to stay dormant and investors are buying the dip.

The calm before the storm

While the aforementioned metrics highlighted the onset of a rally, with BTC’s price consolidating at the moment, some confusion loomed over the space.

Nonetheless, looking at BTC’s average transactions per block presented a pick-up in on-chain movement. The yellow line signaled a more significant flow being moved over the last few days – A positive sign for expectations of an upside.

In fact, a CryptoQuant analyst also pointed out that the average number of tokens transferred on the chain made a new all-time high on the day when there was a large Bitcoin outflow from Coinbase.

31 BTC per transaction on average are transferred on the network. The average fee per transaction, however, was at a relatively low level, indicating a calmness before a price rise “storm” takes over.

‘Frothy’ altcoins like Cardano, Solana worry JPMorgan, but is there reason to