Bitcoin‘s market has been on a downtrend of late and it came as no surprise to its long-term holders. While the digital asset reported an all-time high of $64,895 in April, at press time, it had dropped by over 54%, Now, the short-term holders are suffering, but long-term holders are not having an easy time either. In fact, Bitcoin also slipped into the negative territory and was returning 1.36% to investors year-to-date.

This downtrend of the cryptocurrency market, however, put a spotlight on two sides of the market. One, where the users panicked and sold their digital assets and two, where the users are still holding on to it. The emergence of panic sellers was no short of a surprise when the FUD regarding Bitcoin’s “ban” in China was making the news. The selling pressure in China and Asia has only noted upticks for weeks now, especially since Chinese authorities shut down mining farms.

Recently, popular analyst Willy Woo shared a chart highlighting Binance inflows during BTC’s downtrend. According to the same, the inflows were mainly from Asia, especially during the time China was allegedly banning Bitcoin. Meanwhile, the “urgent selling” in Asia was followed by “urgent buying” in the West, as per Woo. 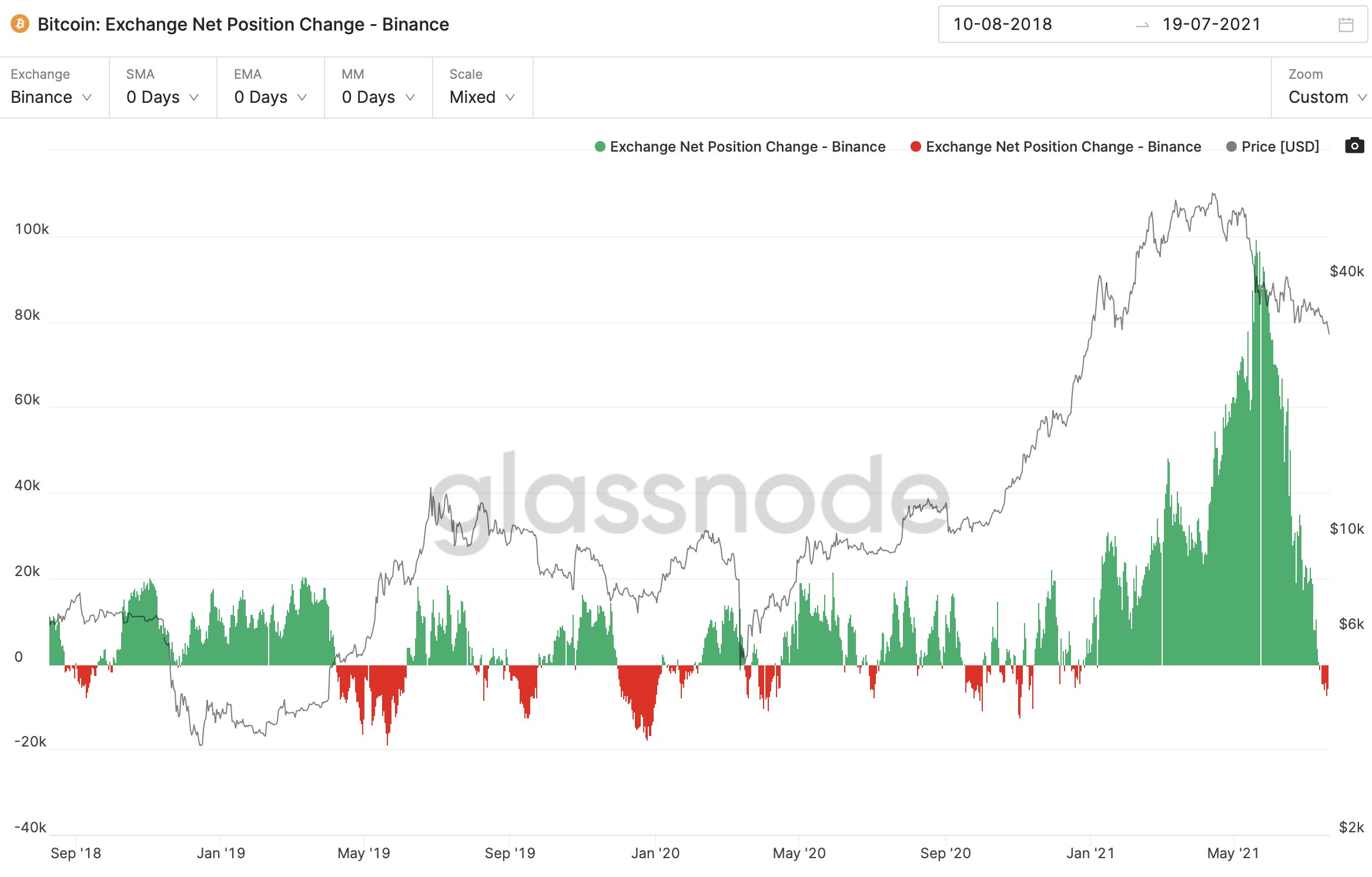 While the market just assumed the market to be registering selling pressure, Woo is of the belief that “every buyer has a seller.” This, he argued, is especially true for the current market since while BTC’s price is low, it poses a good entry point for those wanting to buy-in. The last time Bitcoin dropped to $30,000, MicroStrategy bought BTC worth $489 million, equivalent to 13,005 BTC tokens. Following the same, its holdings in BTC hit 100,000.

What’s more, ARK Investment Management increased its holding of payments services firm Square after Jack Dorsey, founder of Square, announced the company creating an “open developer platform.” Cathie Wood’s ARK investment followed up on this news with a purchase of a total of 225,937 shares. Although not a direct investment in crypto, ARK Investment has been a supporter of technology and it is ambitious to realize its exchange-traded fund [ETF].

Meanwhile, other big holders of crypto are Humpback whales and Dolphins holding over 100+ BTC. The Bitcoin Fish ratio would clarify the gap between the small and big holders. 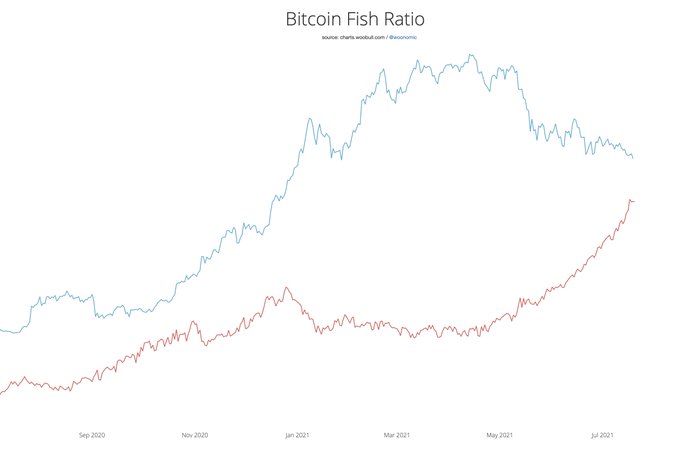 The small fish accounted for 32% of what the big fish in the market holds. These holdings, however, did not include their holdings on exchanges or ETFs.

The buying and selling of the largest digital asset will continue. With Chinese and other Asian holders “urgently selling,” it will make it difficult to pin down which side the flipping coin will land.

Are metrics really painting a bullish picture for Litecoin?