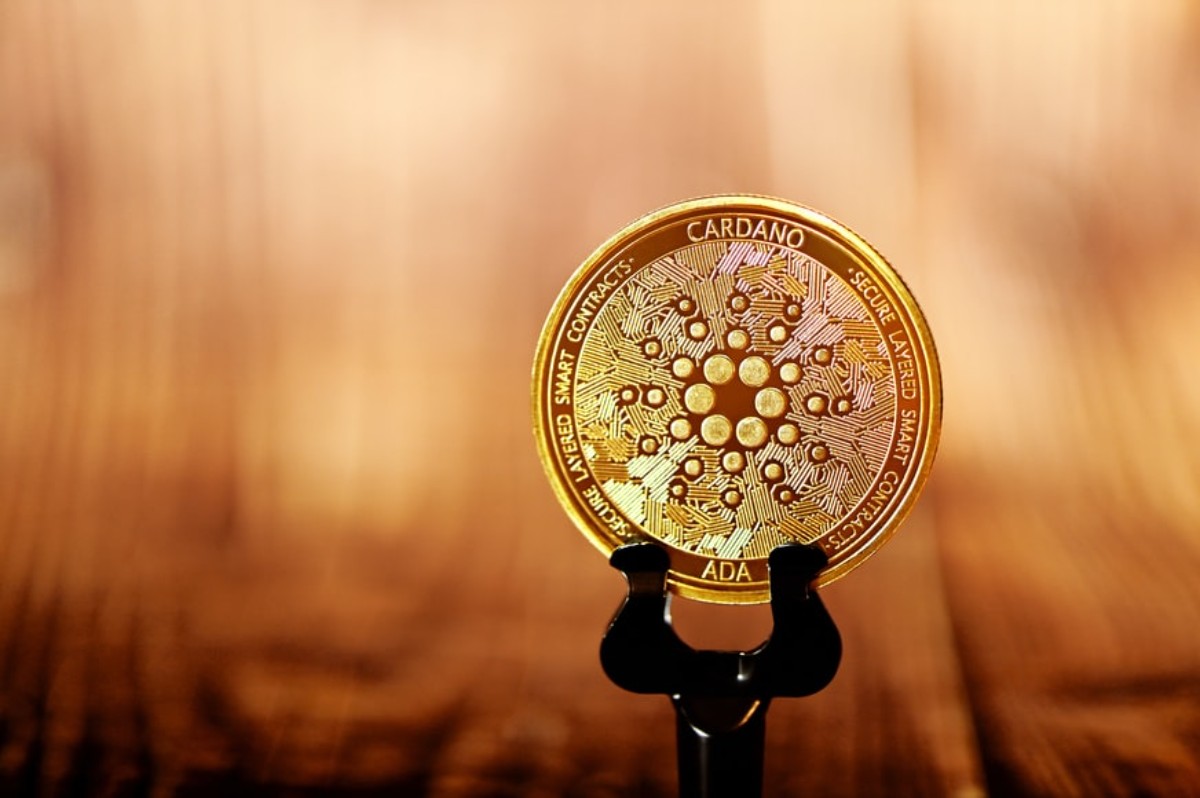 Once among top 3 cryptocurrencies, Cardano has not been making strides in the market for a while now. However, external hype triggers might do the needful for a recovery.

About 2 months ago Cardano had introduced its tree plan and while the idea was noble in its cause it failed to make any significant impact on the altcoin. Price continued falling and today ADA is trading at $1.34.

But the latest move from Samsung, which walks along a similar path could actually change things up. Firstly, a partnership with a company such as Samsung would catapult Cardano into the mainstream news.

Secondly, Cardano’s DeFi performance hasn’t been groundbreaking, which is why the release of smart contracts failed to generate the bullishness that was expected. However, the use of Veritree could potentially propel Cardano’s smart contract capability and interest developers.

Cardano needs this right now since the altcoin is in a social rut. The development team hasn’t brought out any major upgrades yet. On top of that, the 30% drop of December stripped people of their optimism completely putting their sentiment back into the negative zone.

However, hopes of a strong January have encouraged new investors to participate and the network has observed a rise in addresses at the rate of 30k addresses a day.

Secondly, this event could serve as a boost to Cardano’s social presence which grew immensely in 2021 at an average of 468% 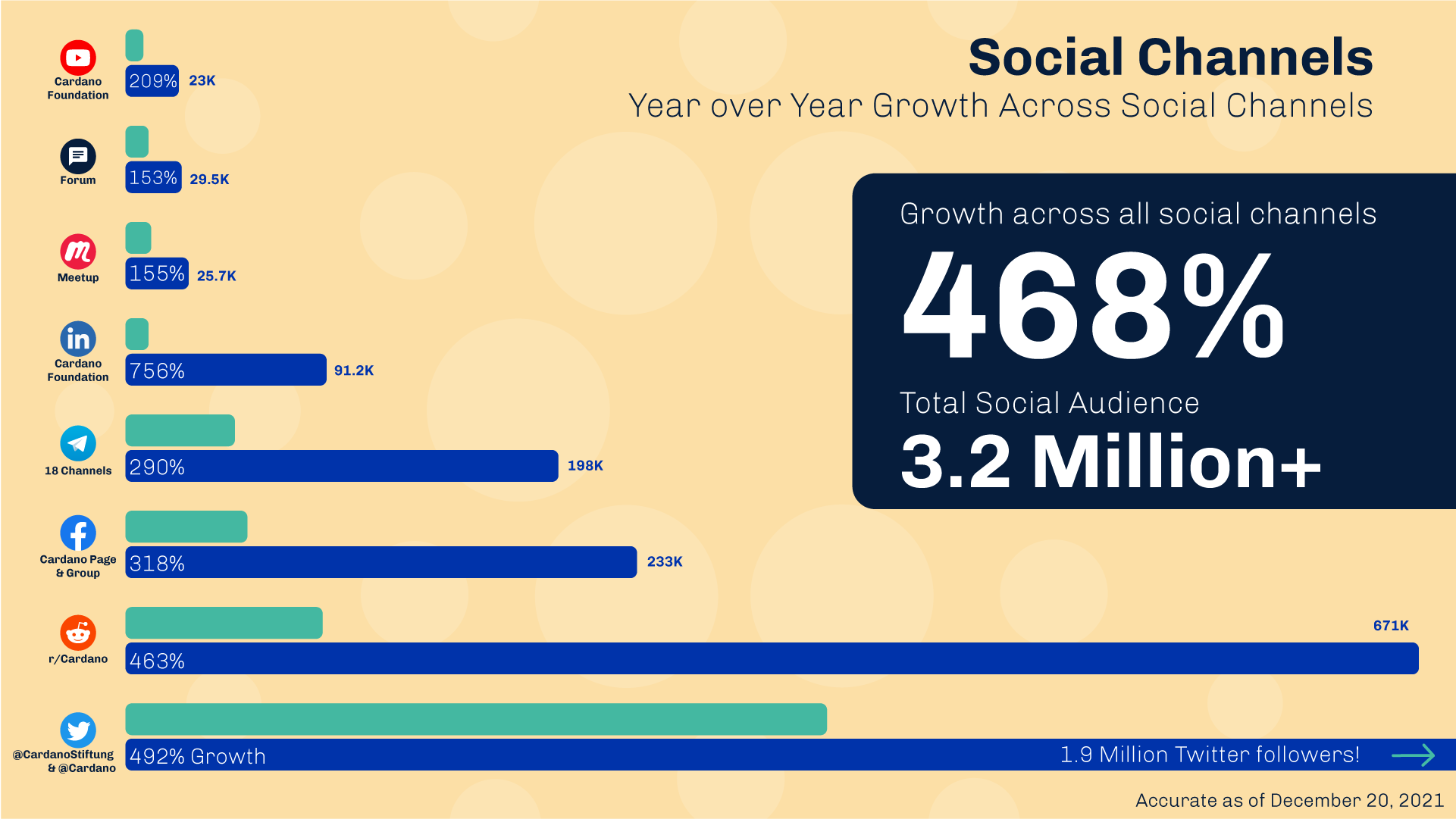 At the moment the 2.45 million investors who are suffering losses for 4 months now are hoping of a recovery. 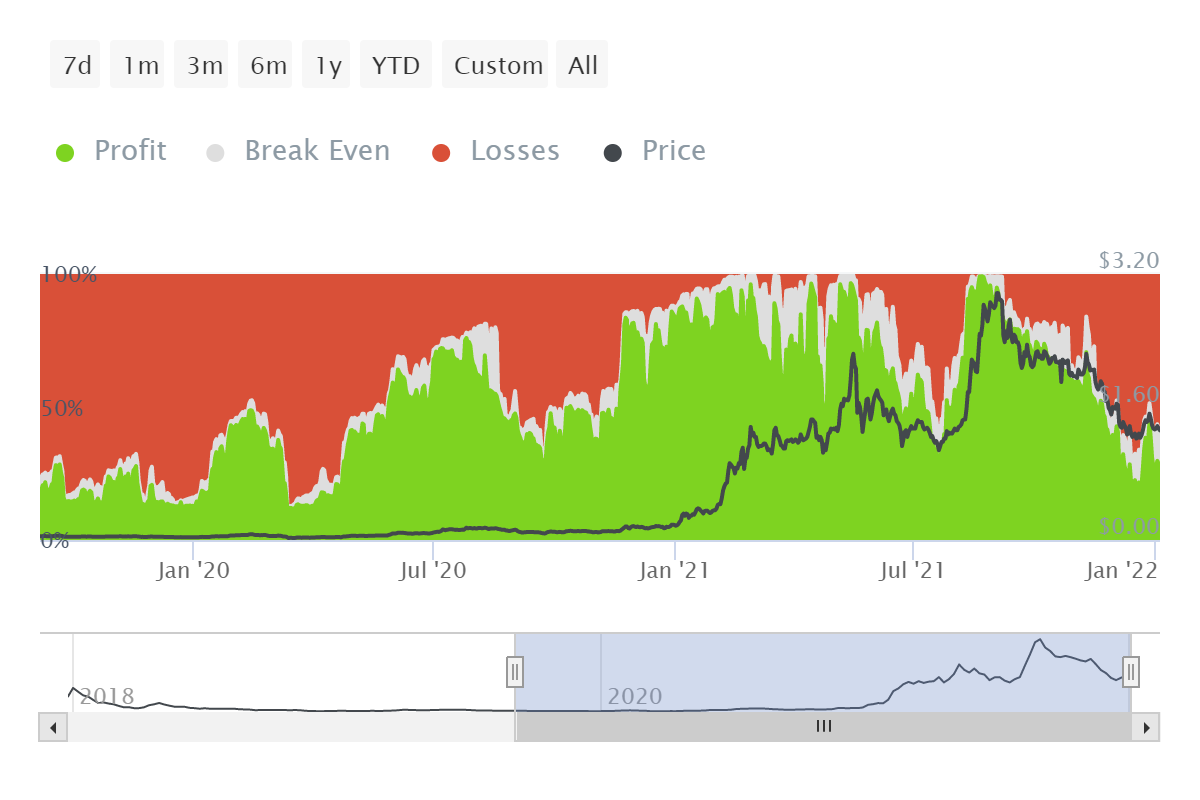 While it can’t be said when that would happen, Cardano did manage to increase its MTH domination by 2 million investors (9%) which has been caused by the optimistic HODLing. 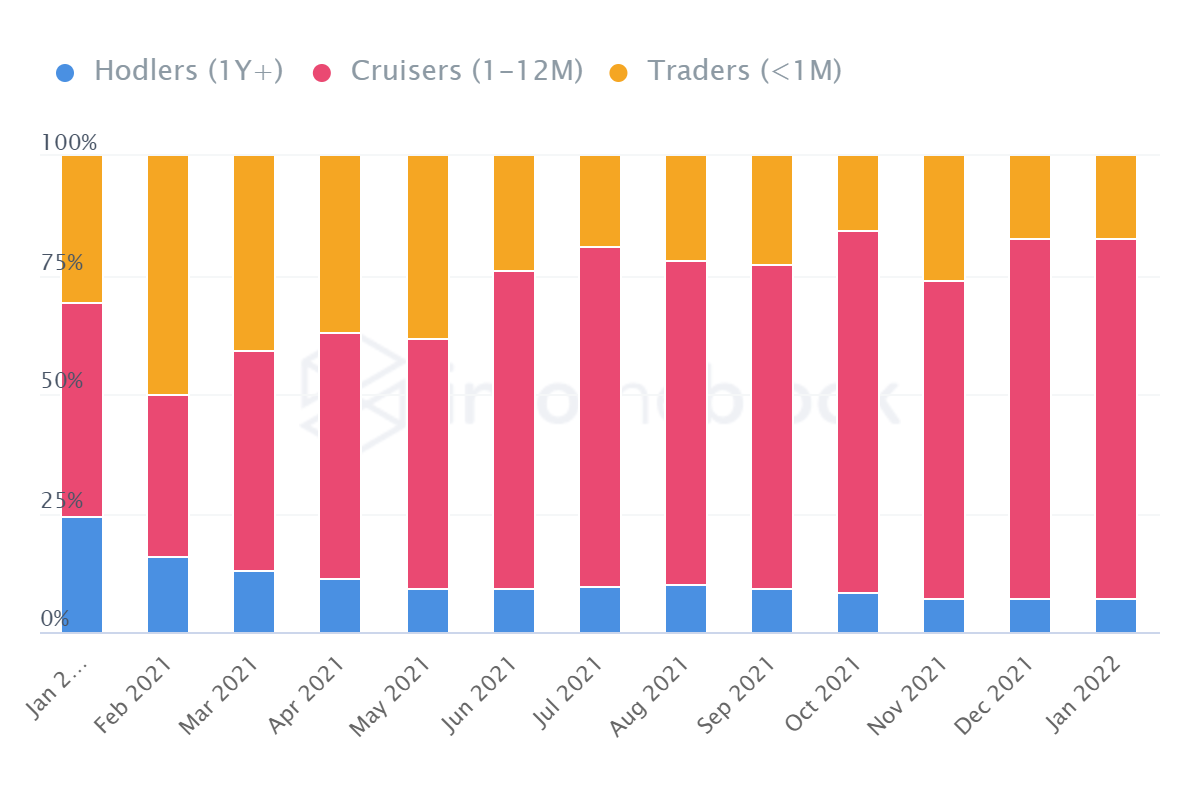 Investors following the hype of this development might want to let the market play out for the next 10 days since bearishness is currently the presiding sentiment. Or they can watch for ADA to cross the $1.52 critical resistance, which would put it in a bull run. 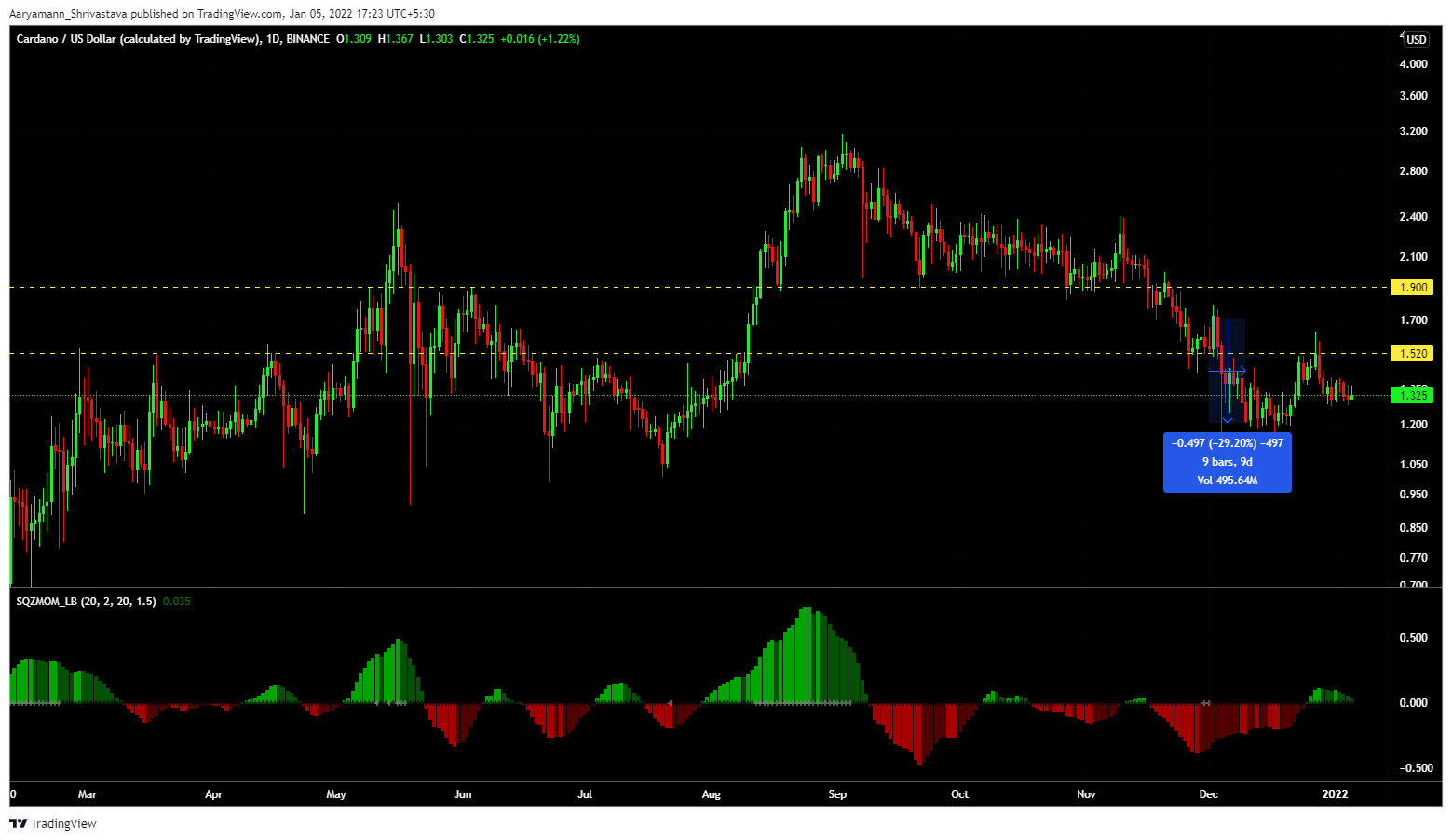