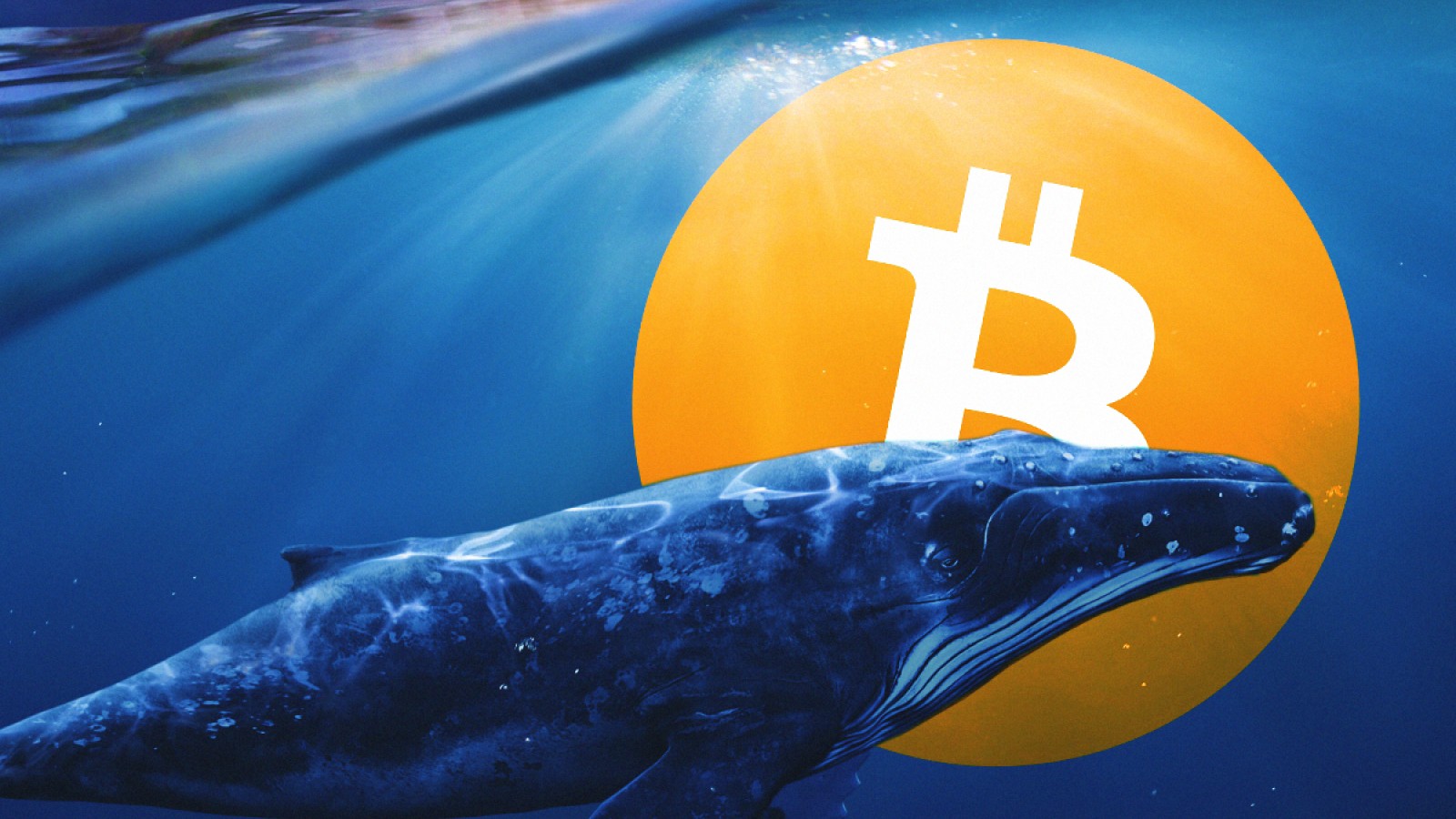 Bitcoin currently holds a 45.3% dominance in the crypto market. Naturally, any change in its price affects the movement of other coins’ prices. But there is an entity that indirectly dictates where Bitcoin could be going and looking at on-chain data it becomes apparent that up is not the way. If their activity is observed, investors can understand the next profitable levels for the king coin.

Bitcoin controlled by whom? Whales. Well, not controlled in a Frankenstein manner, but their movement suggests Bitcoin’s. Recently their status has shifted from dormant to relatively much active. The first signal appeared in the form of changes observed on exchange flows.

BTC has begun moving into exchanges once again. Over the last 2 weeks, every day almost 70k-80k Bitcoin is sold and sent into exchange wallets. But one can consider it to be the result of regular transactions, except when you look at additional data, the picture becomes clearer. 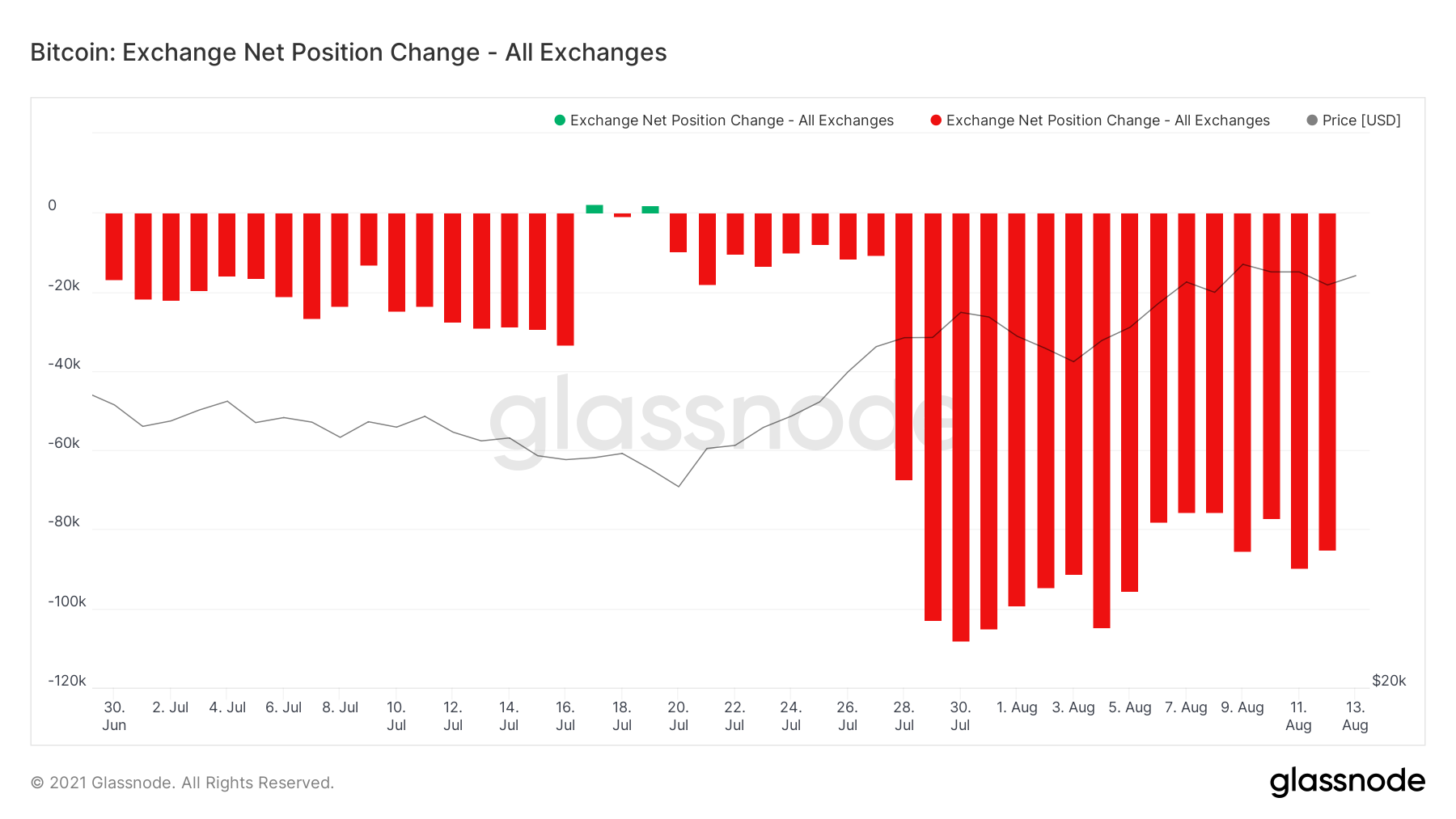 When you look at the average value of transactions, the amount comes up to $406k, which is significantly higher than the pre-July 27 numbers of $250k. Out of this the large transactions – transactions valued more than $100k – have increased as well. These transactions represent whales’ movements. 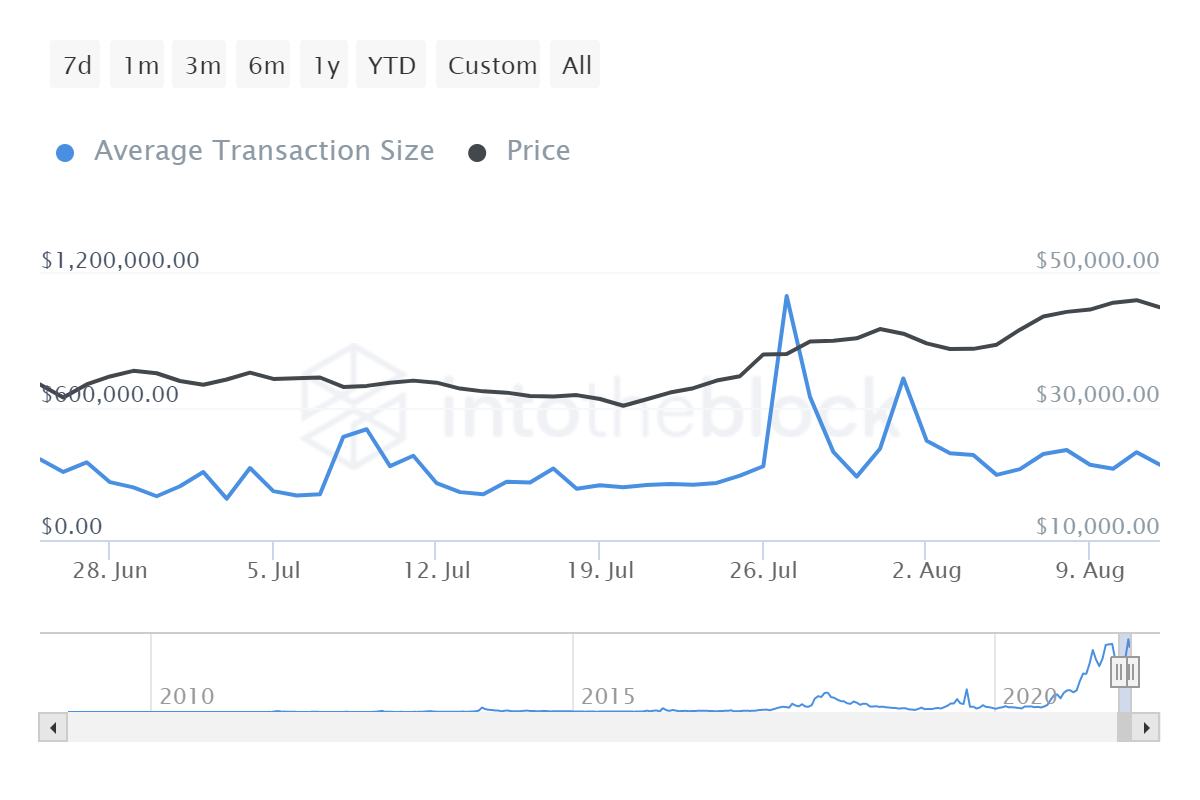 When you look at the large transactions’ volumes you can see observe that before July 27, they used to remain in the lows of $60 billion. After the July 27 spike which took the volume to $279 billion and again spiking to $130 billion on August 2, these volumes have not come down as much. At the moment, since August 2, $80 billion has become the new “normal” for these values.

Also, the reason why this movement is rather unusual is that whales weren’t as active back when BTC entered a bull market. In October 2020 or even April 2021, the range of large txn volumes was close to $20 billion for the most part. This indicates that the current movement is not a sign of bullish momentum either. Rather the sign of the impending corrections. 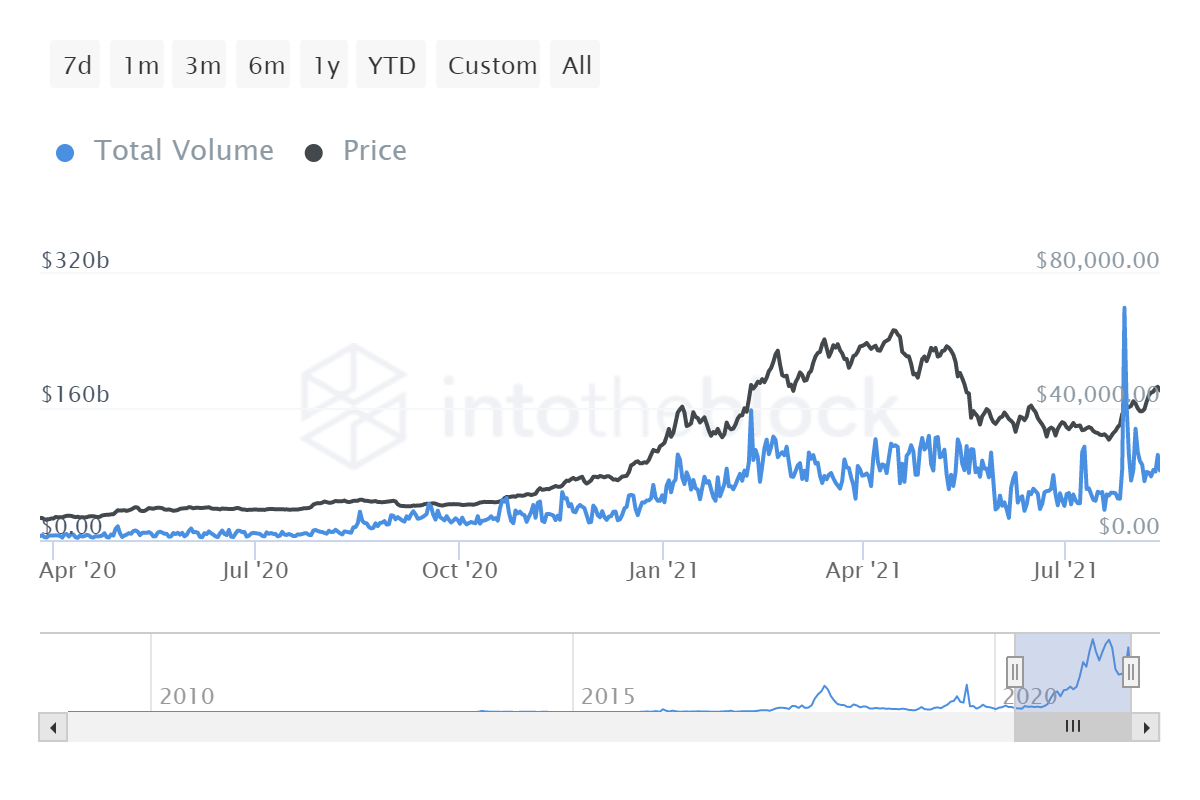 Because when you look at the rise in the number of transactions, which broke the YTD downtrend recently, it becomes apparent that whales are possibly moving to sell their holdings. Thus, combining it with the upcoming corrections, it becomes clear where investors’ investments should be.

The latest Bitcoin scam you probably didn’t know about