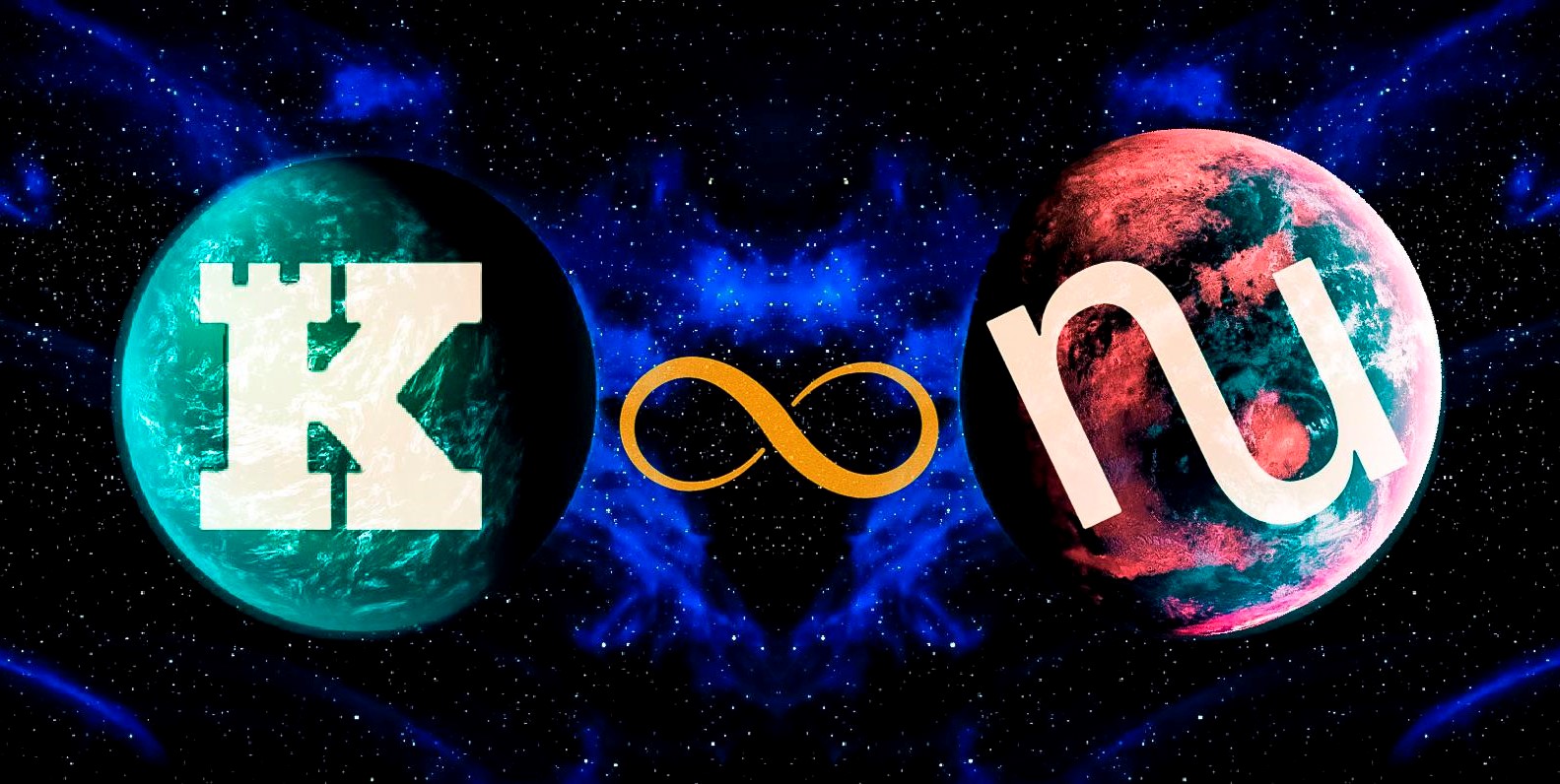 Ethereum is the king of DeFi, we know that. And even though the network does no need to keep proving its worth to maintain that label, it manages to actually surprise everyone every day. A relatively lesser-known token “NU” a couple of days ago, made records and showed the crypto market how much DeFi can achieve.

Two of Ethereum’s privacy infrastructure-focused Layer 2 solutions NuCypher and Keep Network are getting closer to the ongoing merger that was announced 4 months ago in June.

The merger is called the first-ever decentralized, on-chain network hard merge and the resulting network will be called Threshold Network with a new token known only as “T.”

But that’s not all. Recently the network also announced that the first-ever marquee application to be launched on the ‘T’ network will be the only decentralized, permissionless wrapped Bitcoin on Ethereum called tBTCv2. However, that was not what propelled NuCypher into the headlines, its price movement did.

On 15 October, on the first anniversary of NuCypher’s launch, the NU token went crazy. In those 24 hours, it rose by 374% and the next day added to this and cumulatively the token witnessed a 430% jump. As a result, its future counterpart Keep network’s token KEEP also shot up by 126% in those 48 hours.

A substantial reason behind this is also the fact that on 15 October, the Ethereum DeFi token was listed on the exchange platform Bitrue. 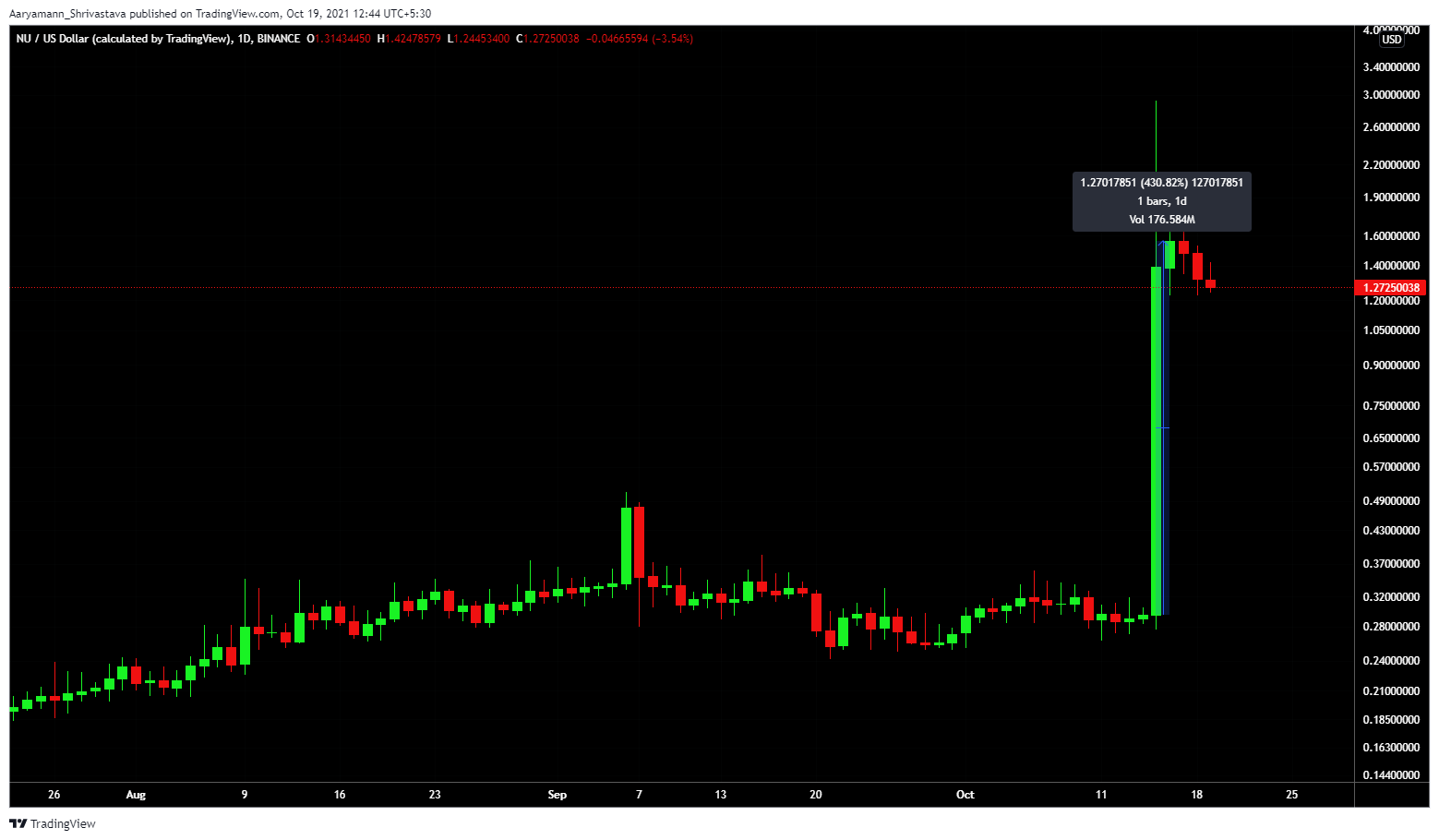 The hype around the listing and the anniversary was so huge that even today its effects are visible. The volume traded on-chain presently represents 67.8% of the token’s entire market capitalization.

The token NU alone outperformed the overall crypto market in the last 1 week with KEEP following it. This shows just how quick and large the DeFi space’s growth can be. 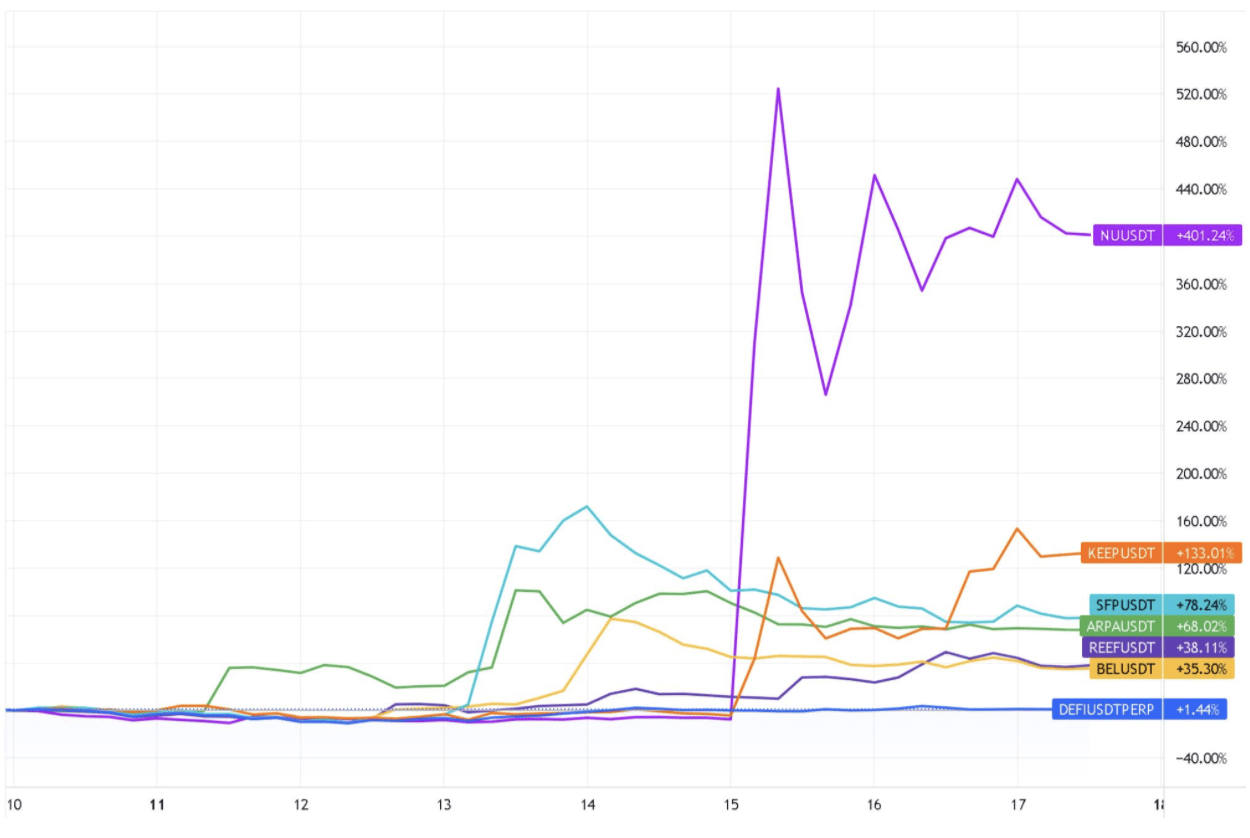 But not everything that glitters is gold and NU was quick to prove that.

All in a flash…

…is how we can describe the speed of investors’ happiness’ arrival and departure. All of this was just a 1-day thing during which the token witnessed spikes in its active investors jumped from an average of 118 to over 8400 investors. Network growth also observed a similar spike.

Additionally, investors cashed this opportunity well as over 100 million NU was sold off in a day. Along with that, over 78 billion days were consumed due to long-term holders either selling or moving their holdings – all in 24 hours.

However, none of this is in any way a reason for people to get excited because this was all a one-day thing. Since then everything has returned to normalcy. And investors need to remember to stay away from NU since it’s only a headline-worthy coin and not investment-worthy.

The network is riddled with whales who are holding more than 90% of its 687 M circulating supply, so the token will always be susceptible to dumping.

Stellar Lumens: Traders can long at this ‘ideal’ entry point