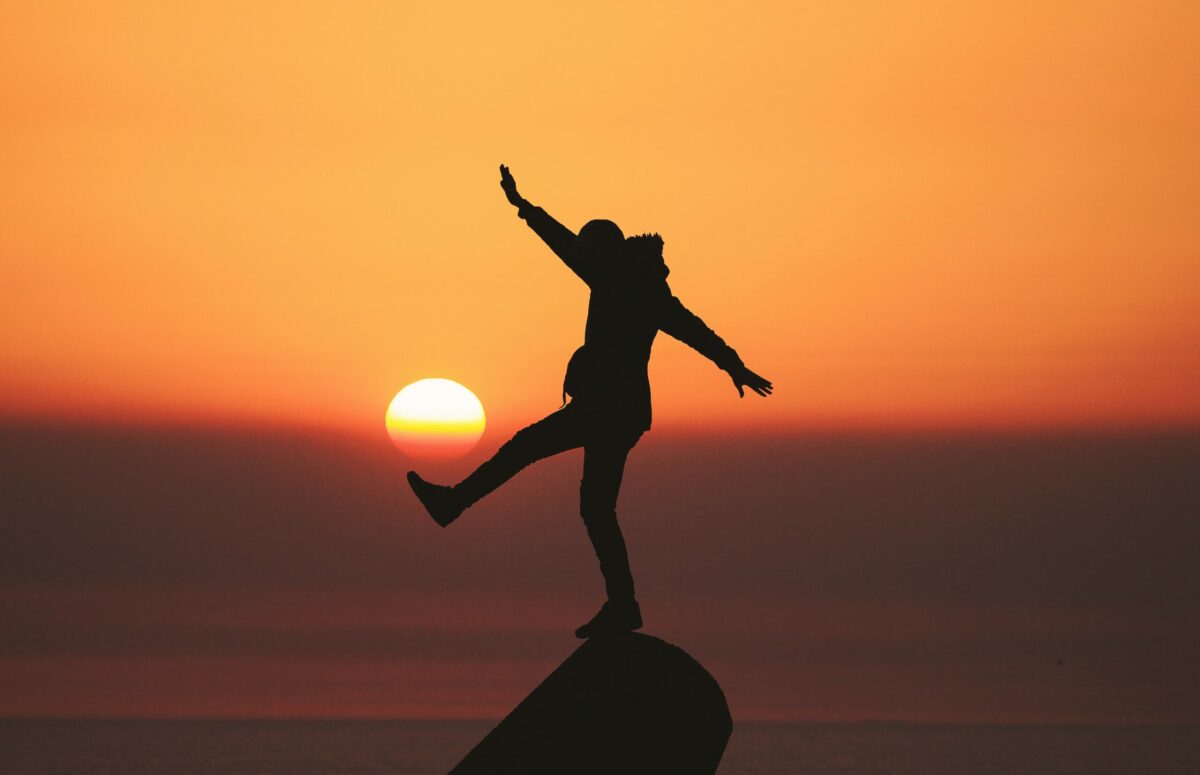 Whenever an asset is trying to breach a consolidation range that was established 2-3 months ago, it usually takes more than just one bullish surge. Bitcoin has spent more time between $30,000 and $40,000 than $40,000-$64,000 over the past few weeks. And, while the asset bounced off repeatedly from the $30k-range, breaking $40k is what counts for its bullish continuity.

While many expected smooth-sailing above $40,000 once Bitcoin re-tested the range on 26 July, the crypto’s current price action is indicating something quite different.

As can be observed, Bitcoin tested $40,000 first on 26 July, following which, it noted a timely correction to $36,500. However, for its market momentum to continue on a bullish trajectory, the asset needed to break the threshold above $40,000 during its 2nd re-test. The price bounced back once more and on 29 July, it was tested once again.

Now, over the past couple of hours, Bitcoin has dropped under a support range (highlighted in the chart), one that had been held for 57 hours. The expected course would have been to move upwards, but right now, it is appearing to reverse in the short term. Trading at just above $38,500 at press time, the correlation between the EMA-20 and SMA-20 was also bearish.

What triggered a decline? 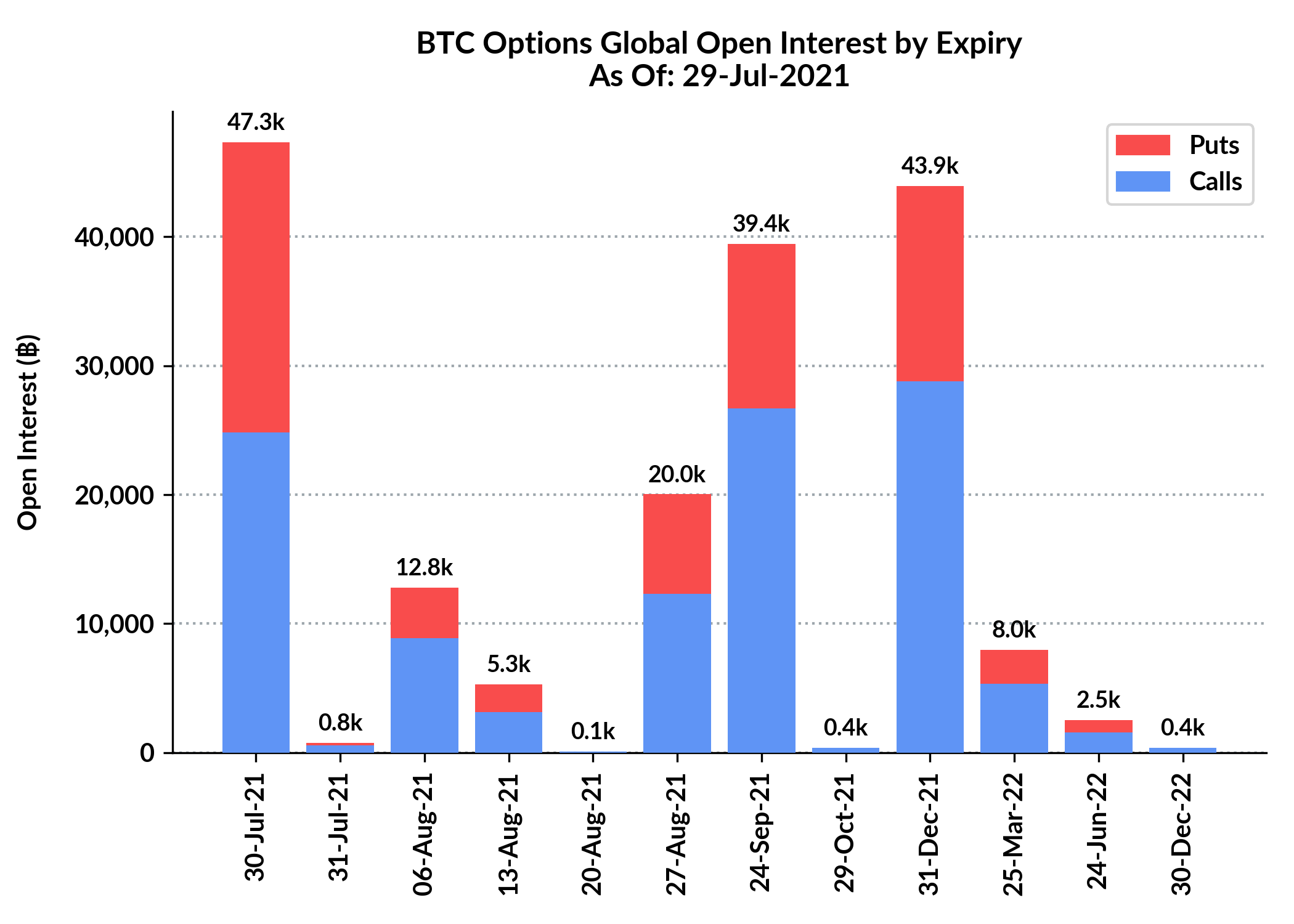 Drawing inferences from Skew’s data, the massive Options expiry taking place over the next few hours might have had a part to play. According to the same, 47.3k Bitcoins are undergoing contract expiry on 30 July.

What’s more, as the chart suggests, puts and calls contracts have been nearly even, with puts contracts slightly dominating the proceedings. 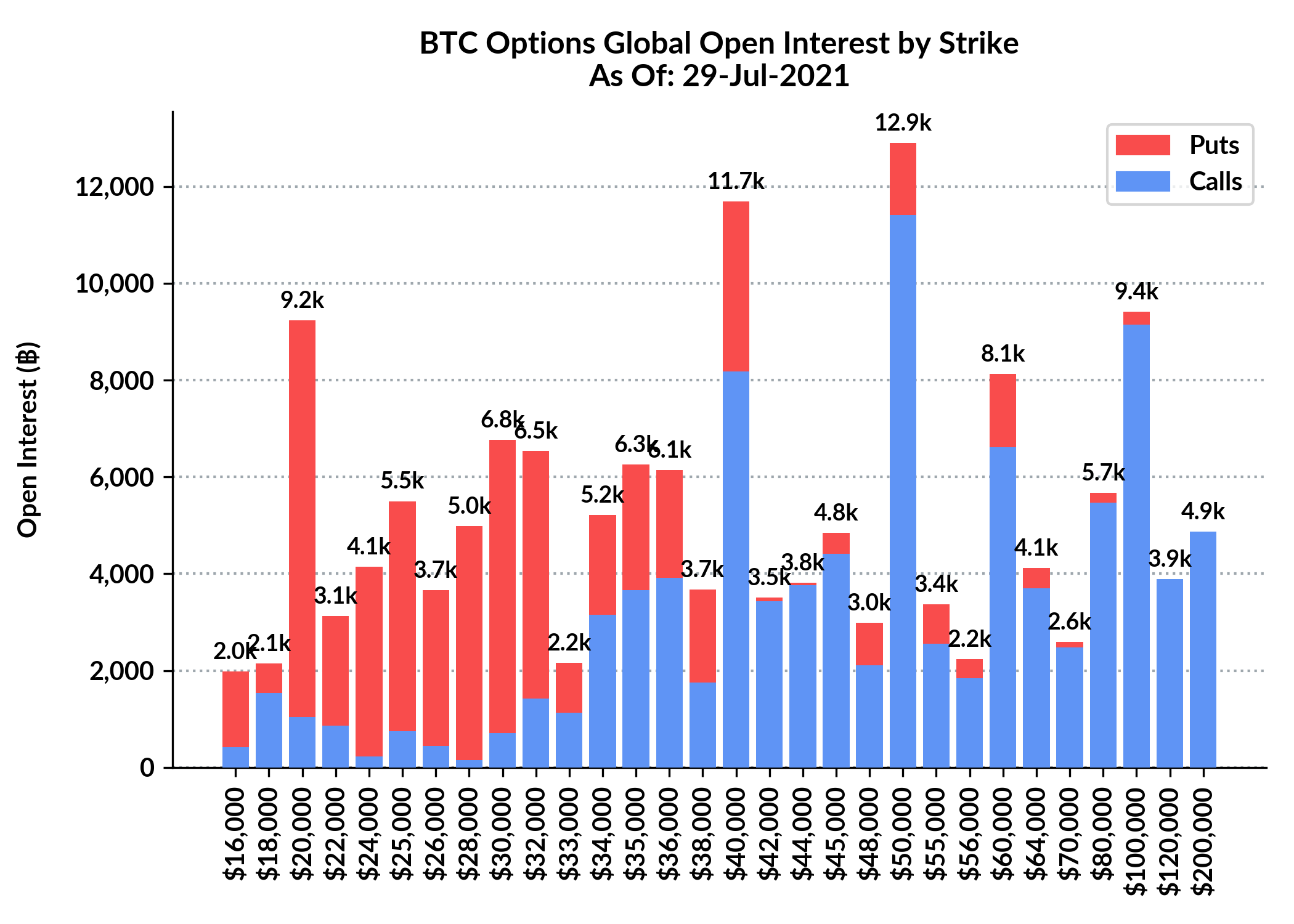 However, when looked at closely, it can be seen that a greater number of calls is currently placed at a strike price of $40,000. This suggests a bullish approach. With the crypto’s price falling, the prevailing situation can be termed as market disruption.

Right now, the long-term trend is still bearish, one from which Bitcoin is trying to recover. The asset’s short-term bullish trajectory is buckling too, with Bitcoin falling under $40,000. If BTC closes the day under $40,000, a majority of the expiry would fall under a bearish squeeze. A contradiction between the short-term and long-term scenarios usually leads to the price following the market’s long-term trend.

The ongoing market disruption is leading Bitcoin right now. If the bulls are unable to pull through, Bitcoin might re-test the price range near $36,500 once again.

Related Topics:BitcoinfeaturedOptions Expiry
Up Next

Ethereum’s co-founder has this to say about regulators playing catch-up with Musk, Dorsey