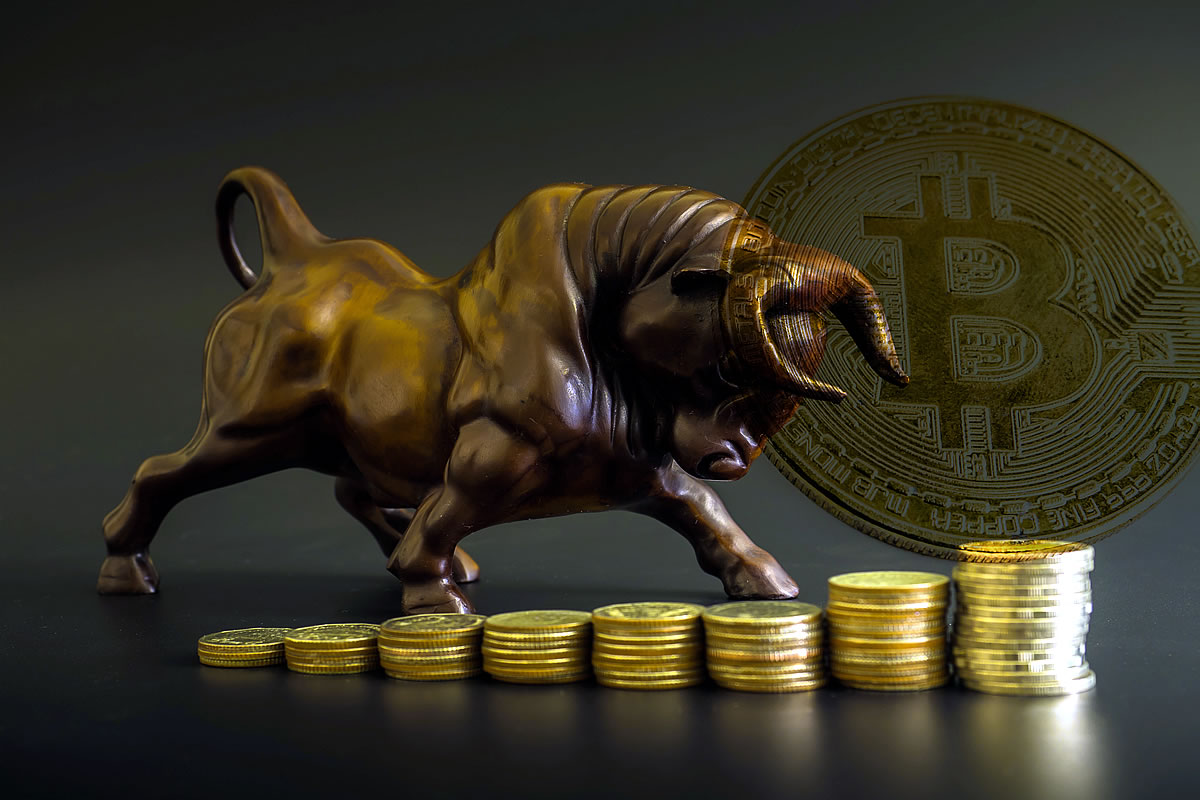 As Bitcoin continues to consolidate under $40k, the market registered some strong negative movement. Compared to last week, this week Bitcoin witnessed investors pulling out of the market. The reasons could range anywhere from the Great Migration to the rising FUD. But as retail investors began to exit the BTC market, another section of the community seemed to be making its comeback.

Bitcoin miners are back?

This seemed to be the case as some early signs of hash rate recovery could be observed this week. On-chain metrics indicated a strong 29% of hash power, previously offline, coming back online. This is quite good news for investors as after the hash rate declined by 55% previously, concerns regarding miners abandoning Bitcoin could be seen rising in the market. One of the reasons for this change could be attributed to Chinese miners relocating elsewhere. 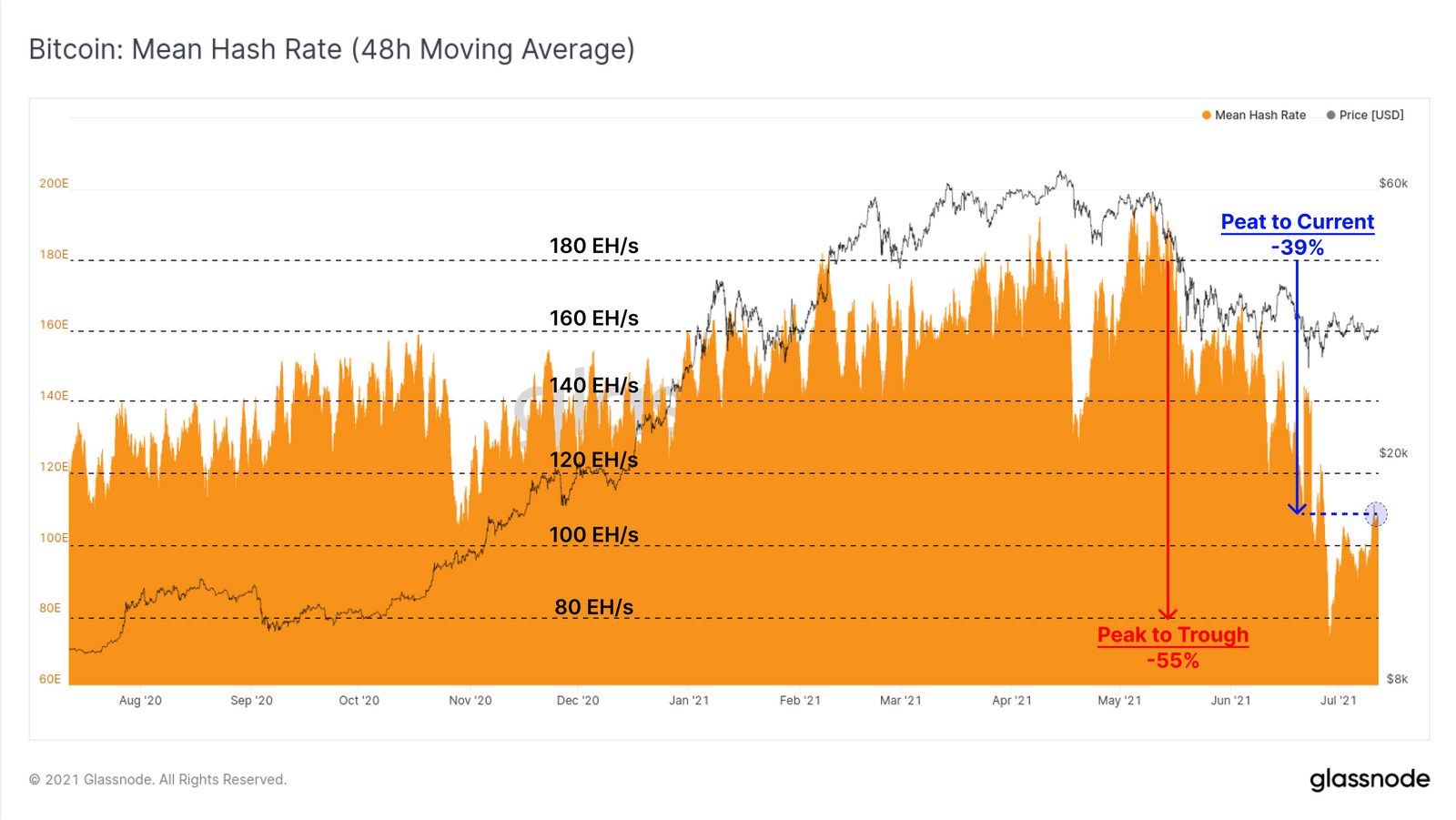 Additionally, these operational miners noted a boost in their profitability, one which resulted in them accumulating Bitcoin. After an extended period of heavy distribution, over the last month, the miner net position changed back to accumulation. 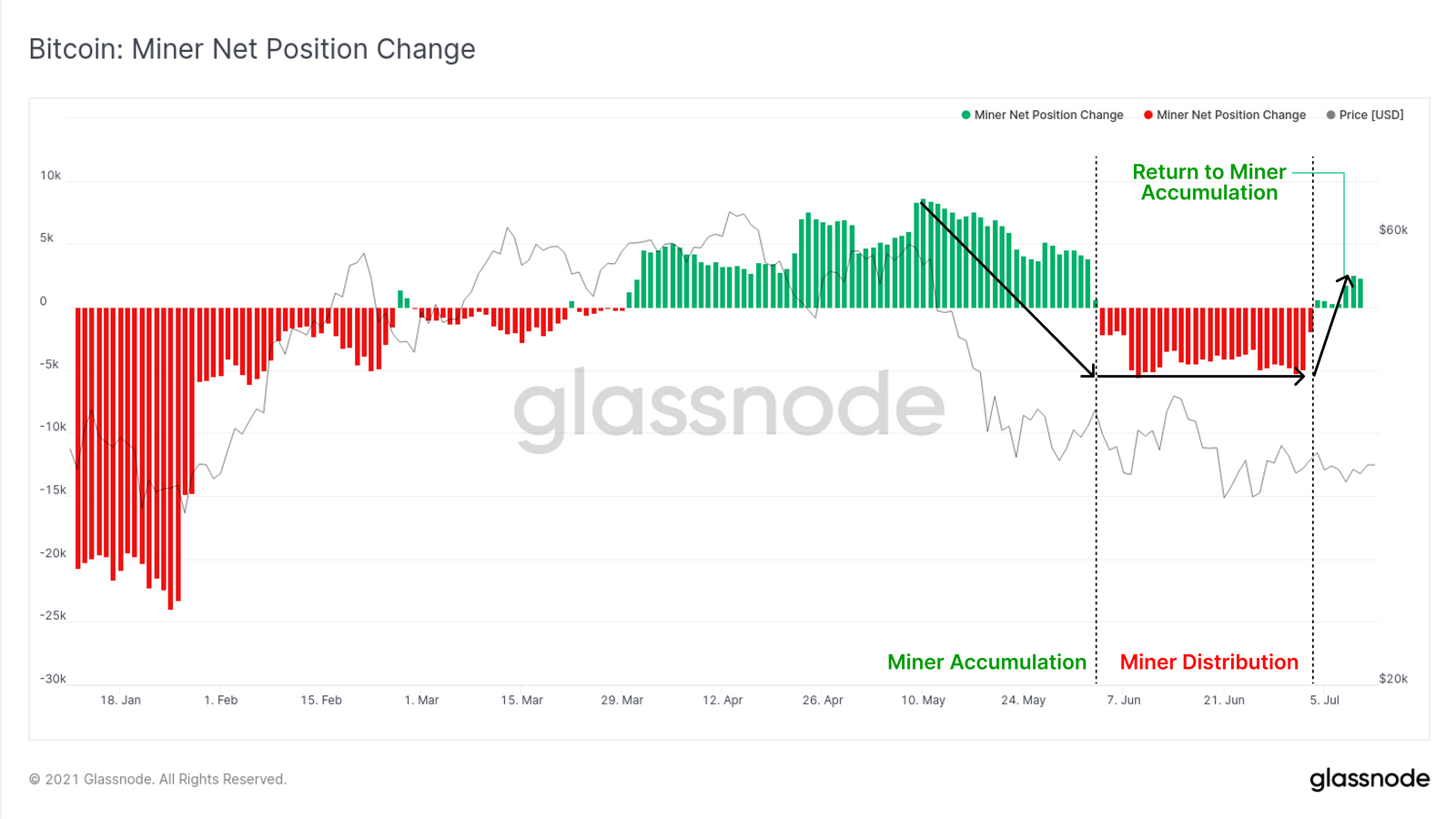 Even though almost the entire second half of 2020 along with the first quarter of 2021 witnessed outflow dominance, the month of May saw inflows taking precedence as Bitcoin’s price touched its ATH. Following this, the crash had outflow dominance taking the charge once again. 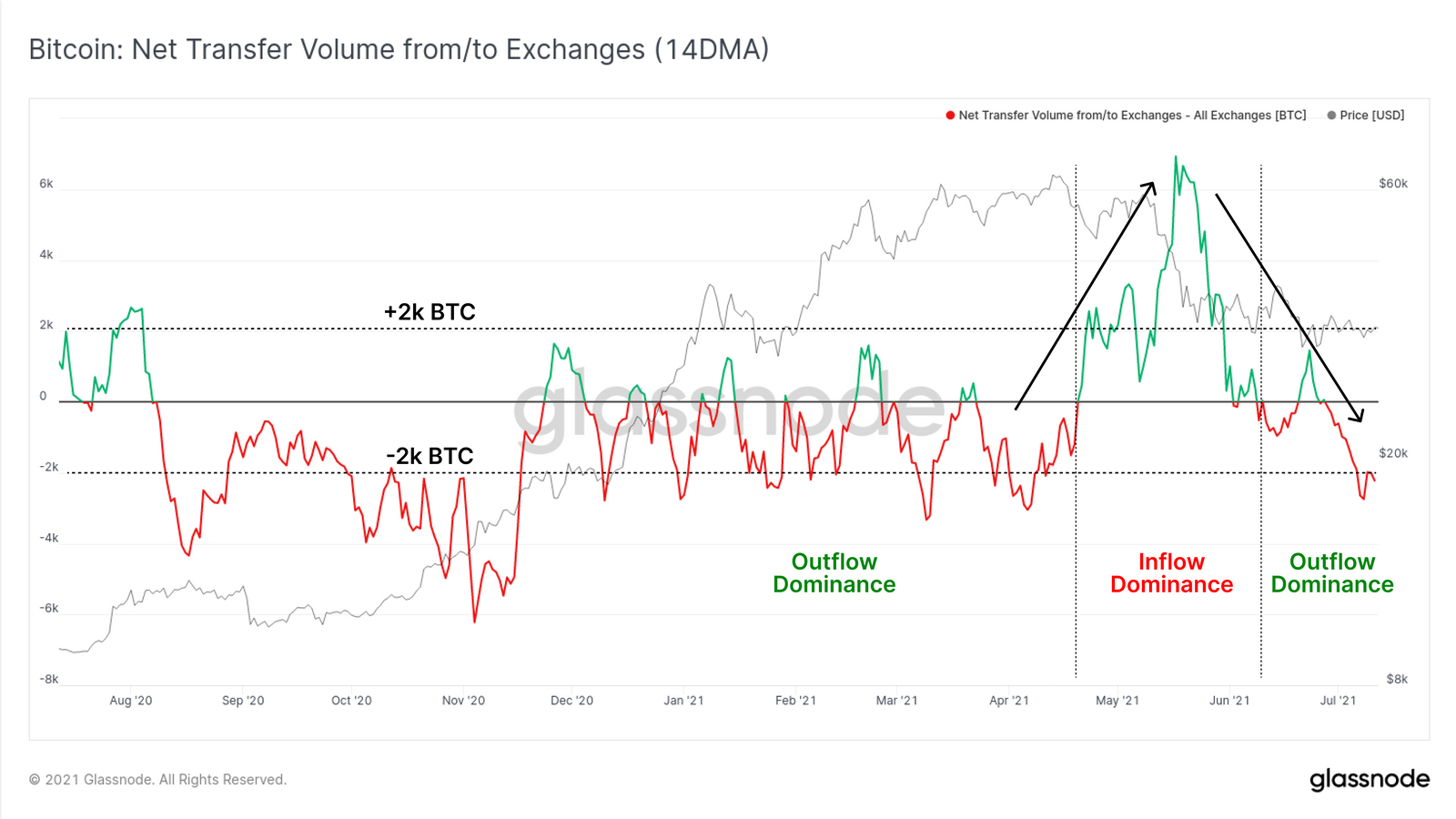 This observation was backed by the fact that on the Exchange Deposit/Withdrawal fees charts, withdrawals took the lead. Exchange deposits declined by 3% to 14% while the withdrawal fees registered a 43% bounce to 5.4%. 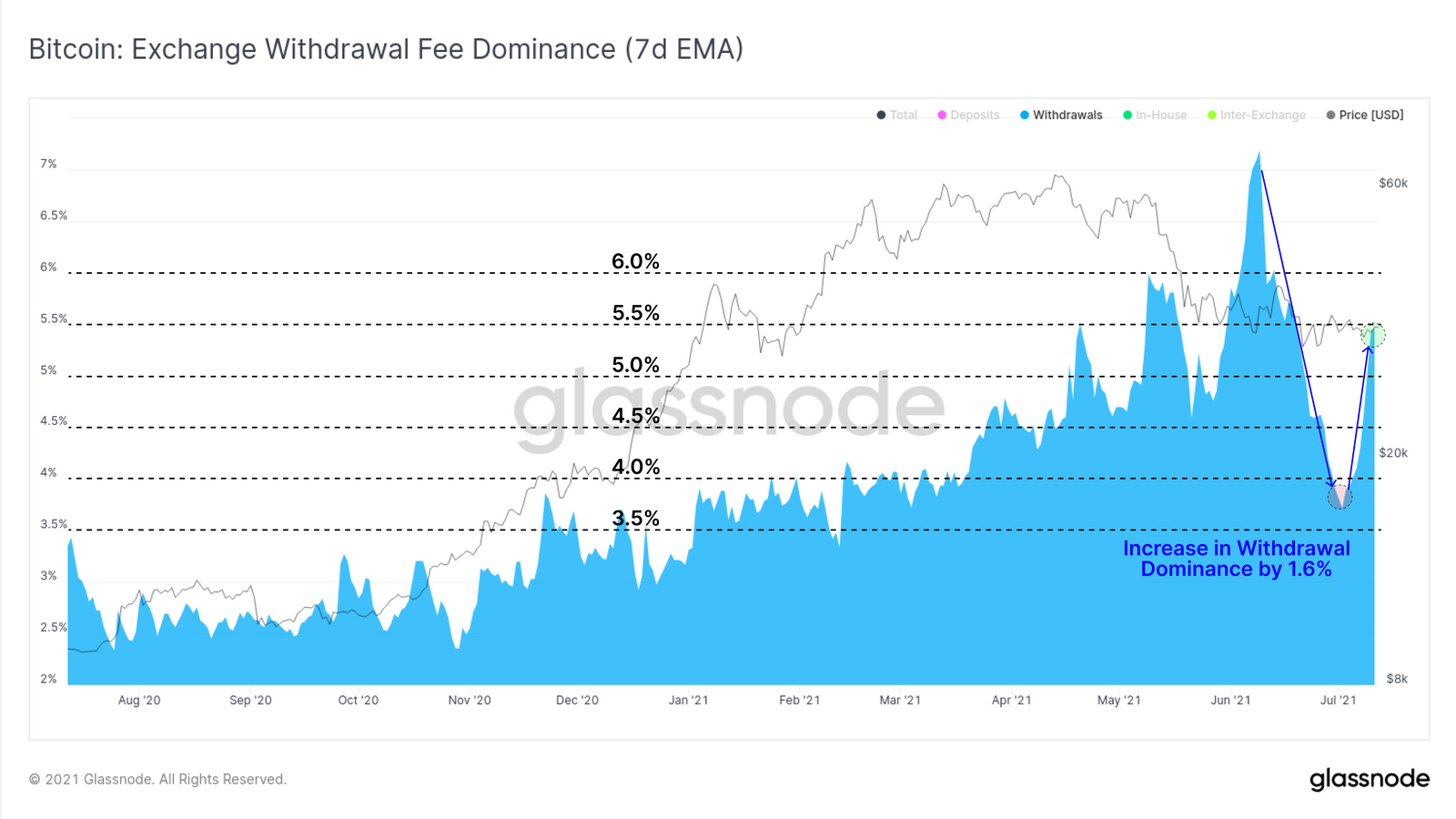 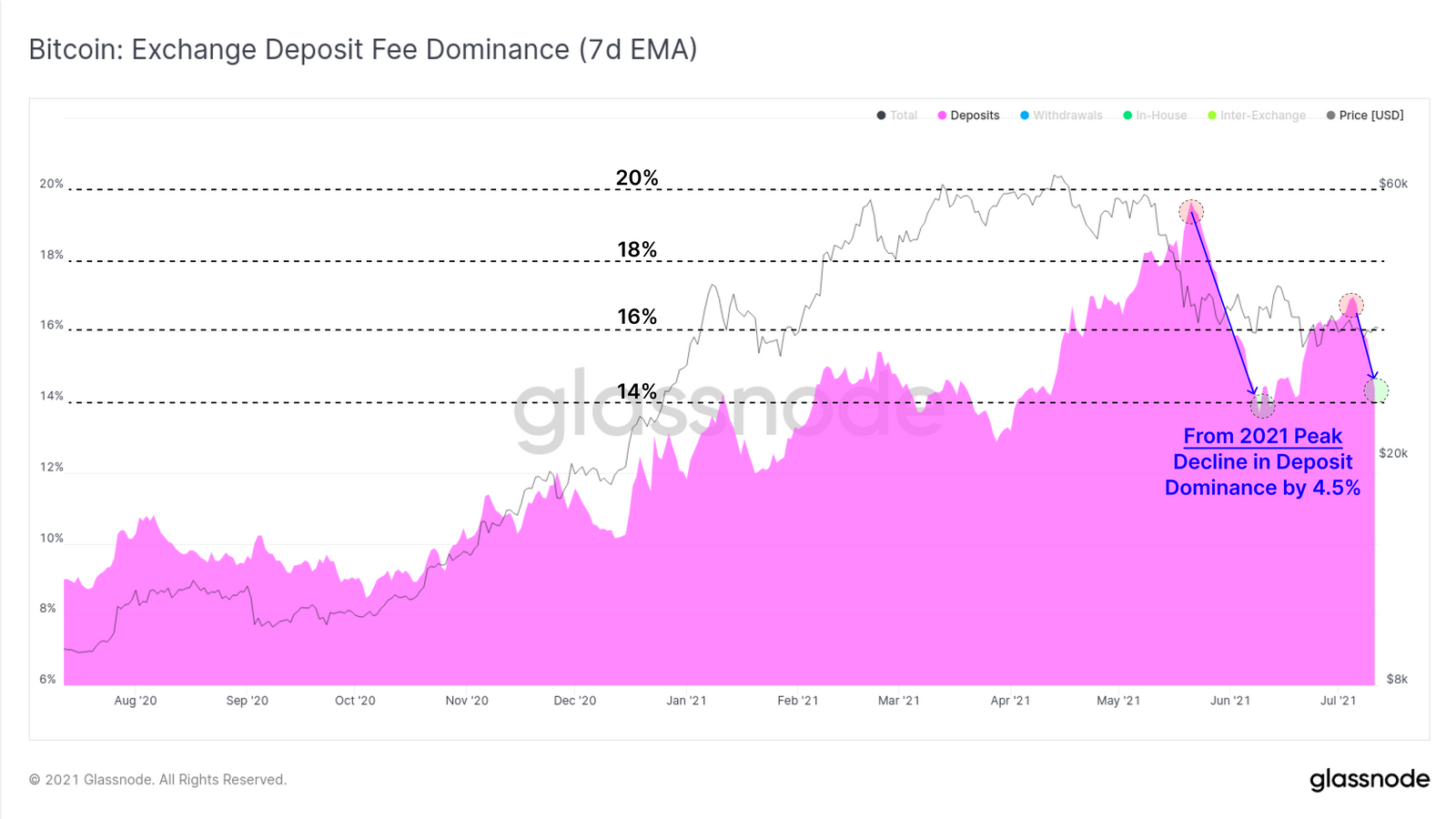 Finally, the total Bitcoin balance on exchanges also noted some significant decline. The analyzed exchanges combined held about 2.60 million BTC during the May ATH. These figures, at press time, were down by 40,000 BTC to 2.56 million. 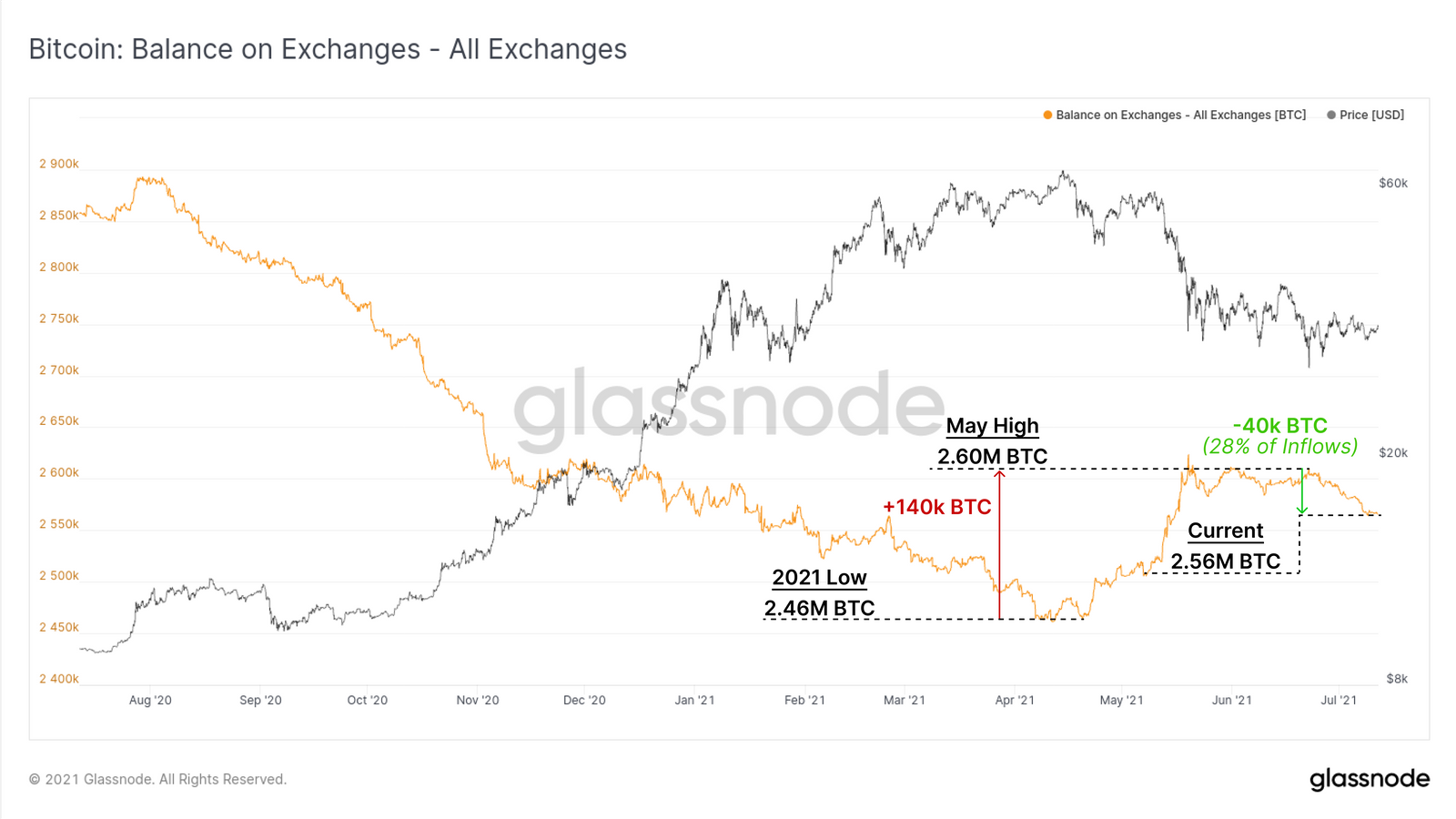