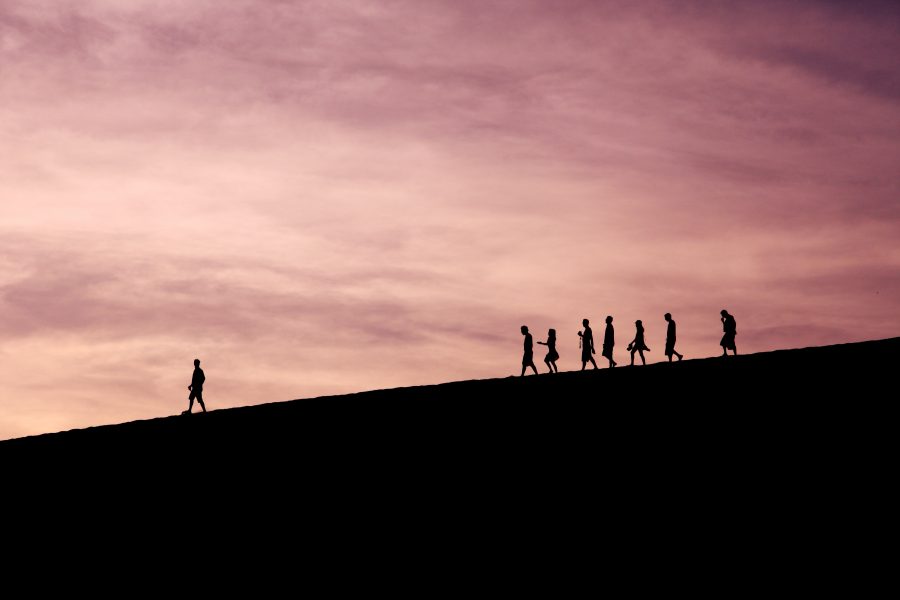 Bitcoin’s dominance is one of the biggest drivers behind its institutional interest and mainstream adoption. With Bitcoin’s dominance at 51.8% at press time, it would seem that there is more room for upside in the market’s altcoins.

Altcoin traders had an exciting week with Ethereum’s price hitting a new ATH of $2,547 a few days ago. In fact, despite corrections, the altcoin was trading close to its ATH, leading many to suggest that the crypto might resume its rally soon.

Ethereum has led the altcoin rally several times in the past, especially considering its relatively high correlation with Bitcoin and increasing correlation with other top crypto-assets. In light of such volatility-rich weeks, traders are now beginning to ask the obvious questions – When will the alt season begin and how long it will be sustainable?

Ben Lilly, Co-founder and analyst at Jarvis Labs, spoke in an interview about how to determine the most appropriate metrics to use in figuring out whether or not an altcoin season is truly at hand. Countering the assertion of many other analysts who have said that we are in an alt season, Lilly said,

Lilly was also quick to acknowledge the use of support and resistance levels to understand macro-level trend shifts in the market. Further, according to the analyst, Bitcoin’s dominance chart is the best way to ascertain the percentage of the market Bitcoin represents. He added,

“Right now, it’s trading in a range, which is to say an “expected” range. And because it’s trending down, this is good for altcoins as Bitcoin concedes some dominance to other coins… While many might point to this and say it’s an “altcoin season,” I’ll point out that this type of activity tends to happen in a bull cycle because new money is moving in.” 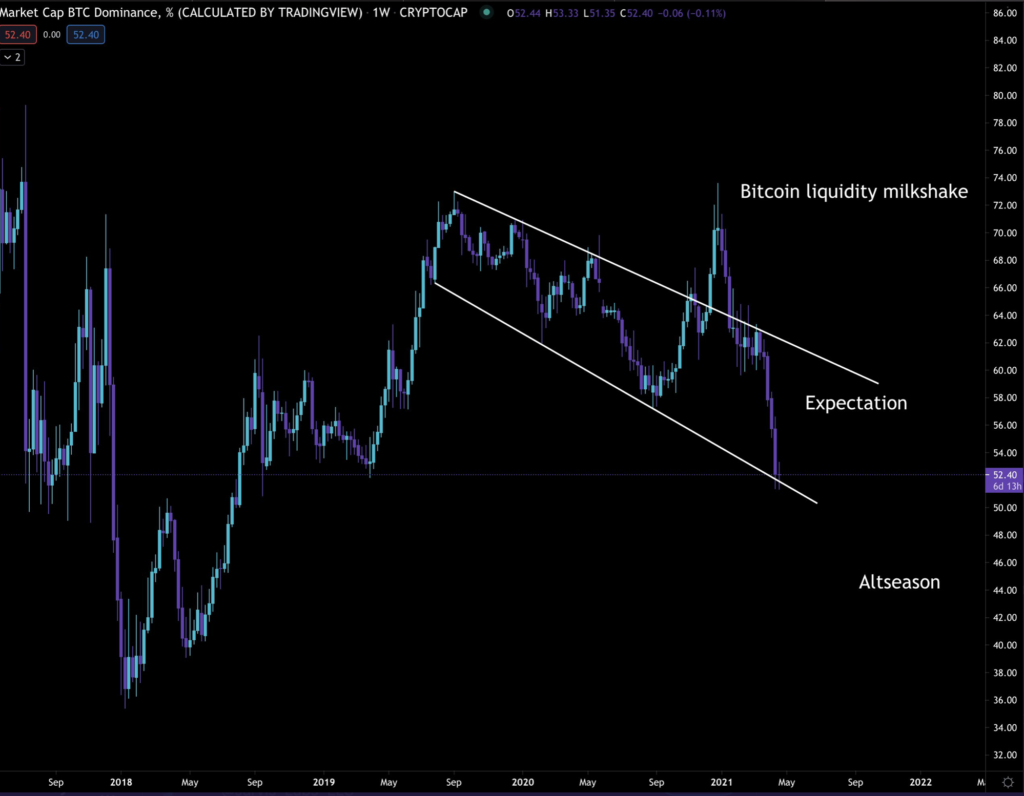 According to Lilly, we’ve been trading in this range of “expectation” from mid -2019, one which coincides with when Bitcoin found its low and began to turn bullish.

The analyst concluded by expanding on what he considers to be Bitcoin’s “normal area of the market,”

“We recently jumped out of this range in late 2020, and when we did, Bitcoin went on an absolute tear. During this run, altcoins lost value. And similar to how Brent Johnson described his dollar milkshake theory, Bitcoin sucked up the market’s liquidity as it ran higher. We have since returned to this range of expectations, also known as the normal area of the market.”