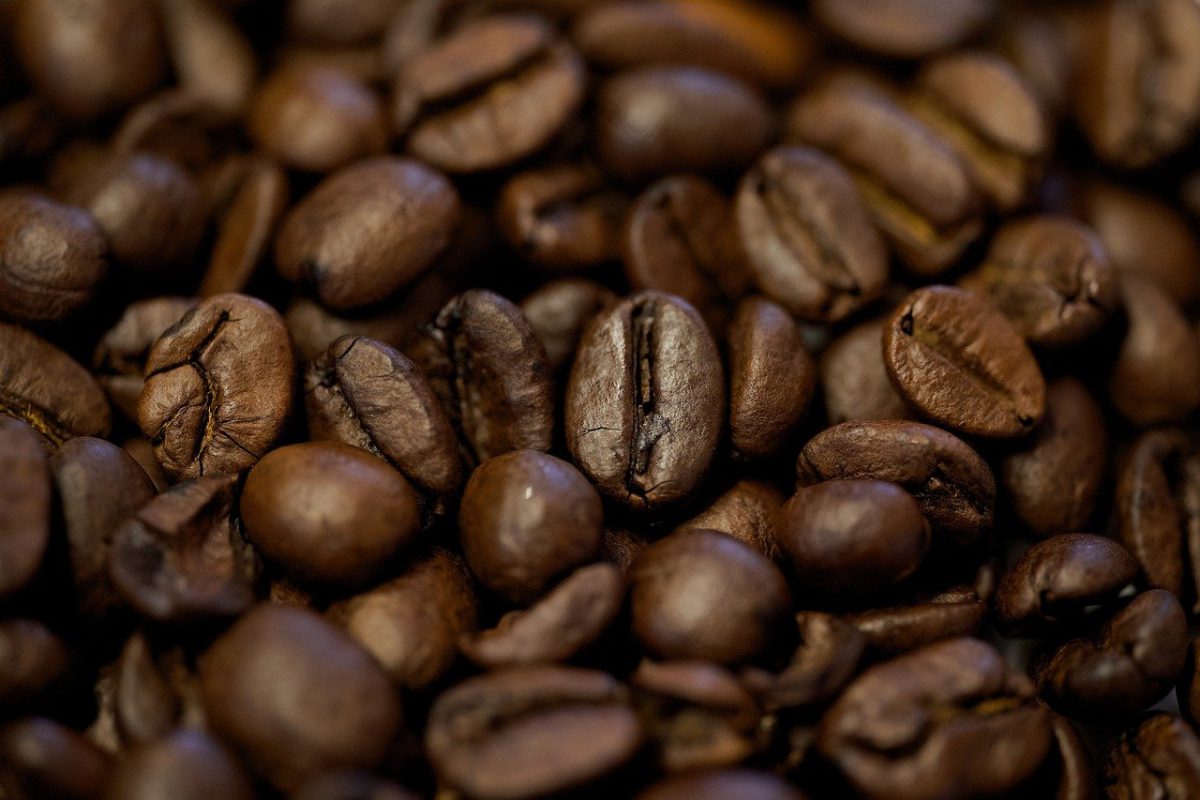 Tron formed a bullish pattern on the charts, with its buyers firmly in control of the market. Aave was undecided on its next move, but its long-term outlook remained strongly bullish with no reversal at hand yet. Finally, Verge recovered quickly from a market dip and targeted a move beyond its local high. 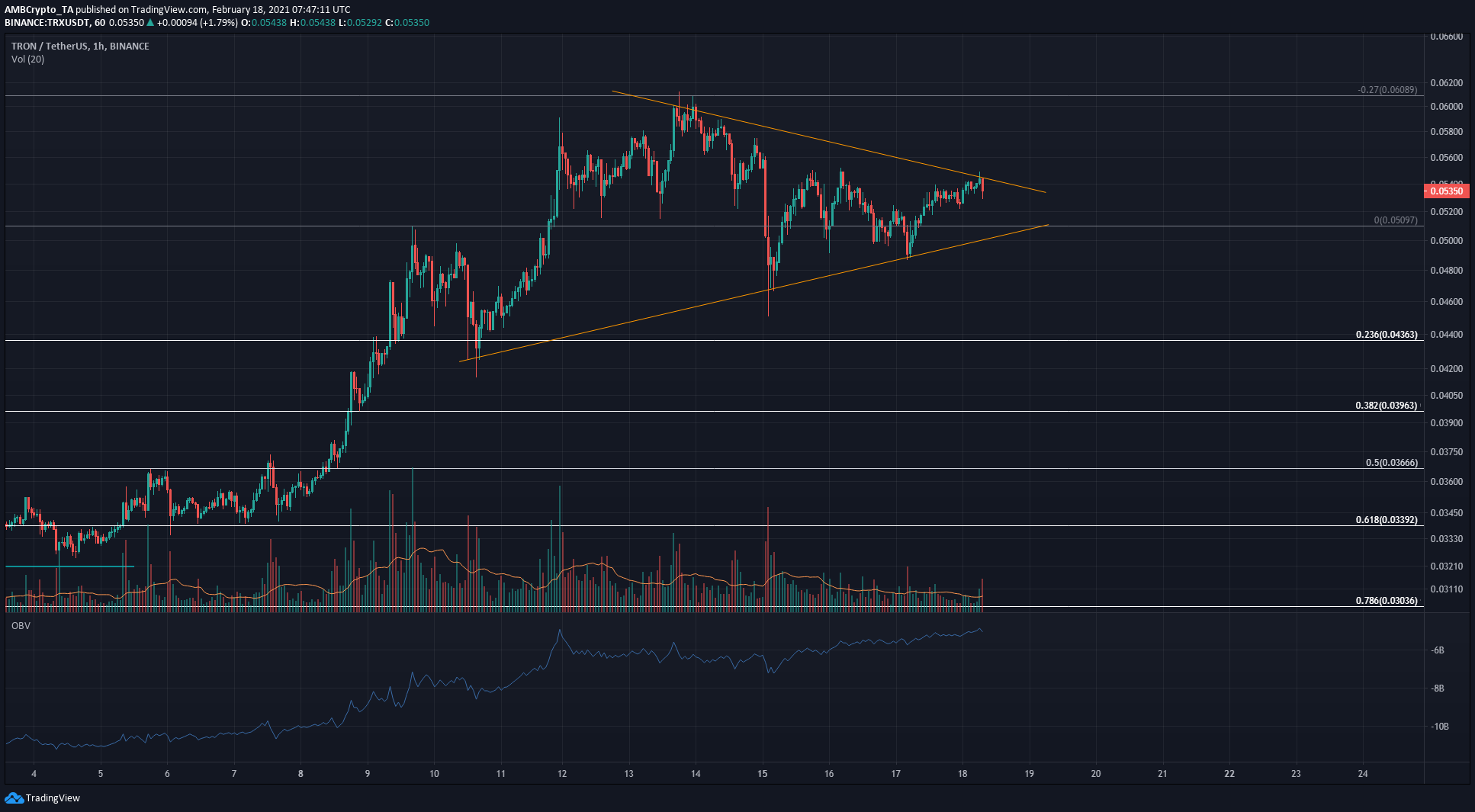 TRX formed a symmetrical triangle pattern backed by falling trading volume. The OBV made a series of higher lows to indicate that buying volume was exceeding sellers, even on the hourly timeframe.

This pointed to a breakout to the upside for TRX. A possible retest of the lower, ascending trendline could be seen. Hence, the $0.05-region presents opportunities to buy TRX, with a stop-loss set under the triangle pattern at $0.047.

A breakout to the upside would target the previous highs at $0.062. 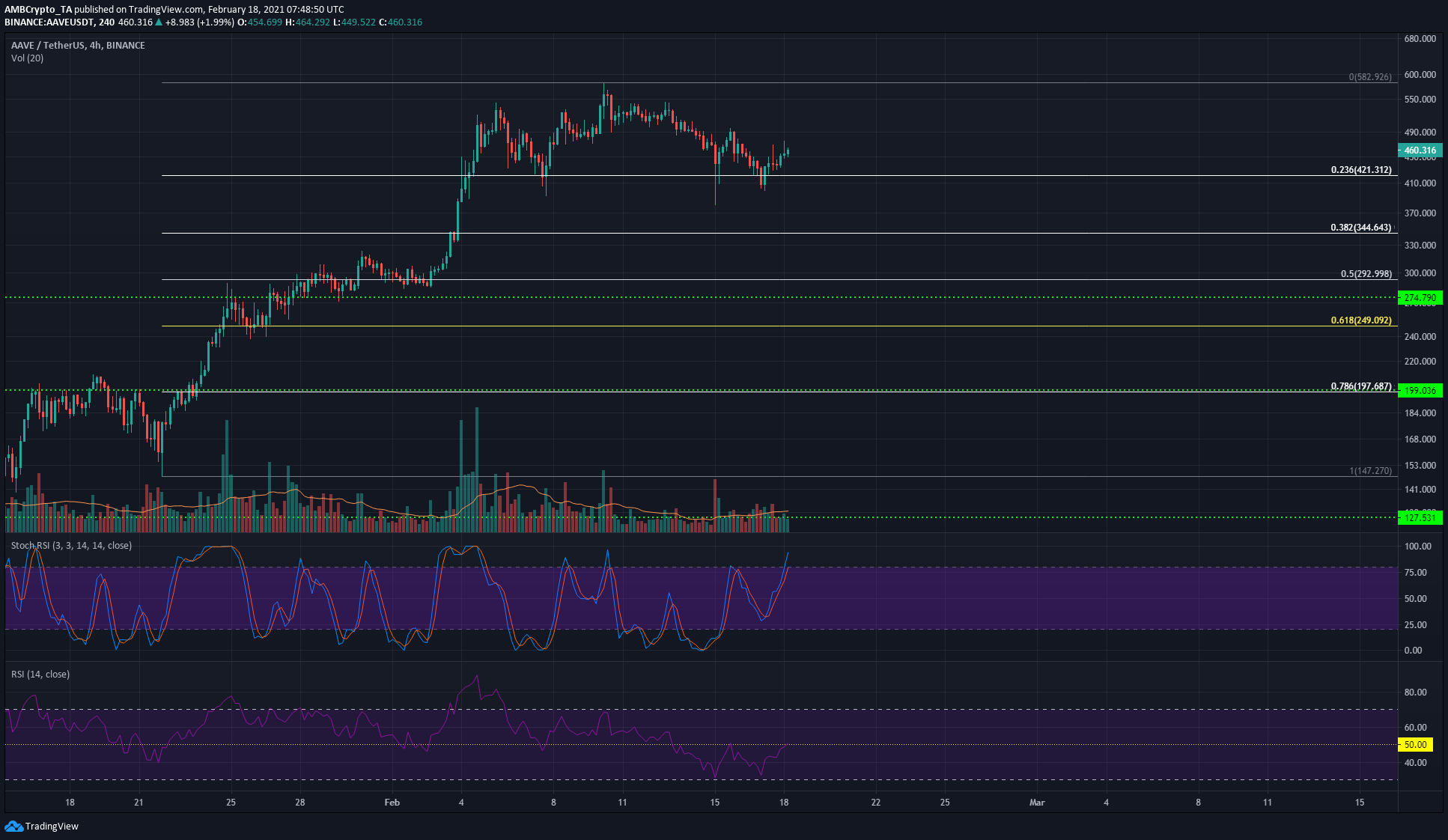 Aave has gradually slid lower on the charts following the massive gains it posted in recent weeks. In the long-term, its trend seemed to be strongly bullish. However, the short to medium-term outlook suggested that some correction could be seen in the coming days.

There are two levels to look out for – $473 above and $430 below. A move outside either would highlight the market sentiment for AAVE.

The Stochastic RSI rose towards the overbought zone even as the RSI stayed under 50 to underline that a downtrend was in progress. A move above or below the aforementioned values on strong volume would be a sign of rising momentum in that direction. 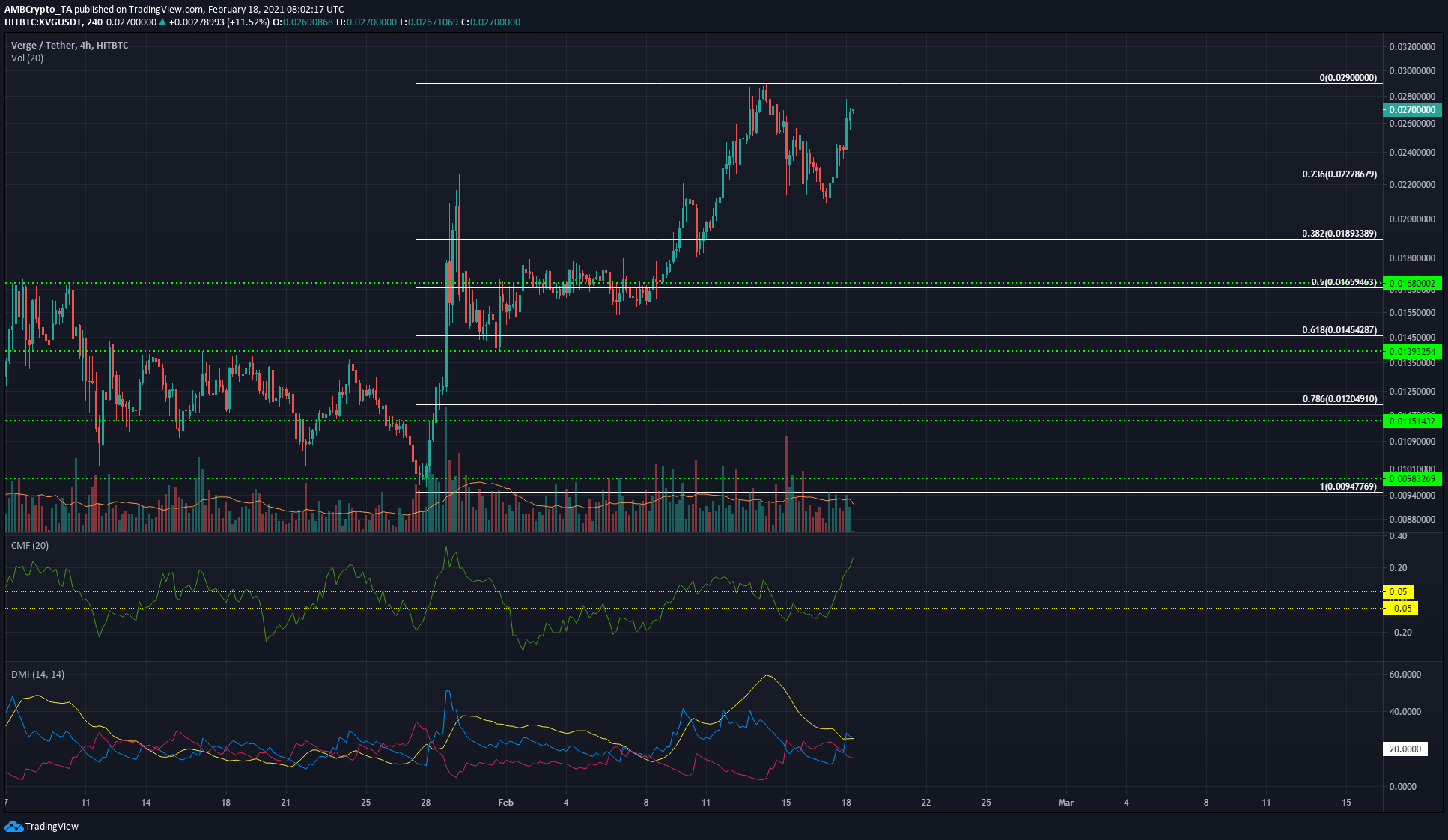 After posting a local high of $0.029, XVG was forced to retrace a bit to $0.022, but demand from buyers was strong and pushed the price back above the 23.6% retracement level.

This recovery was quick and bullish sentiment appeared to be in favor of the market’s bears. Another test of the $0.029-level and a move above the same seemed likely too.

On the Directional Movement Index, the +DI (blue) rose decisively above 20 even as the ADX (yellow) fell towards the same value. This showed that an uptrend was in progress. Finally, the Chaikin Money Flow soared to underline net capital flows into the market.