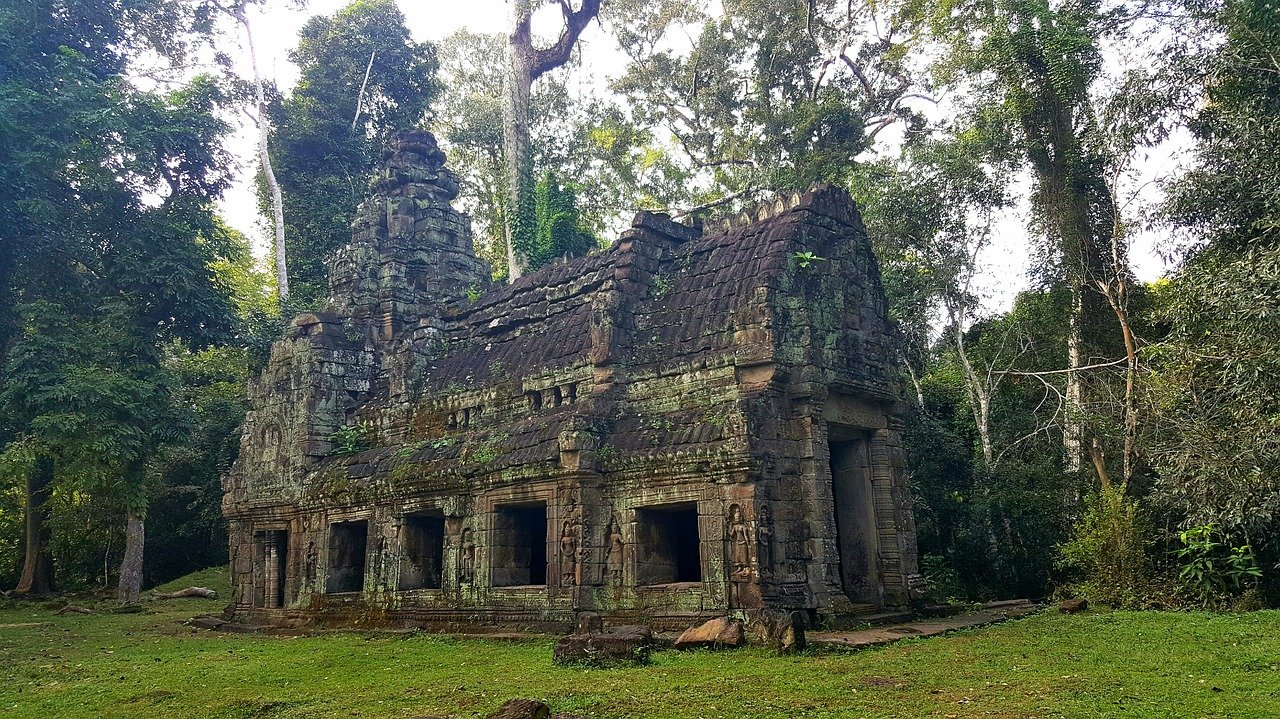 Tron appeared to have found the $0.0275-level as the bottom for its most recent drop, and a bullish setup predicted a recovery towards the $0.03-level over the next few trading sessions. Algorand saw heavy trading and a sharp spike back towards a level of importance at $0.31, a level which it would attempt to flip back to support. Enjin saw the buying volume outweigh the selling volume over the previous week, despite the dip in price and this bullish divergence suggested that further gains were likely in the coming days. 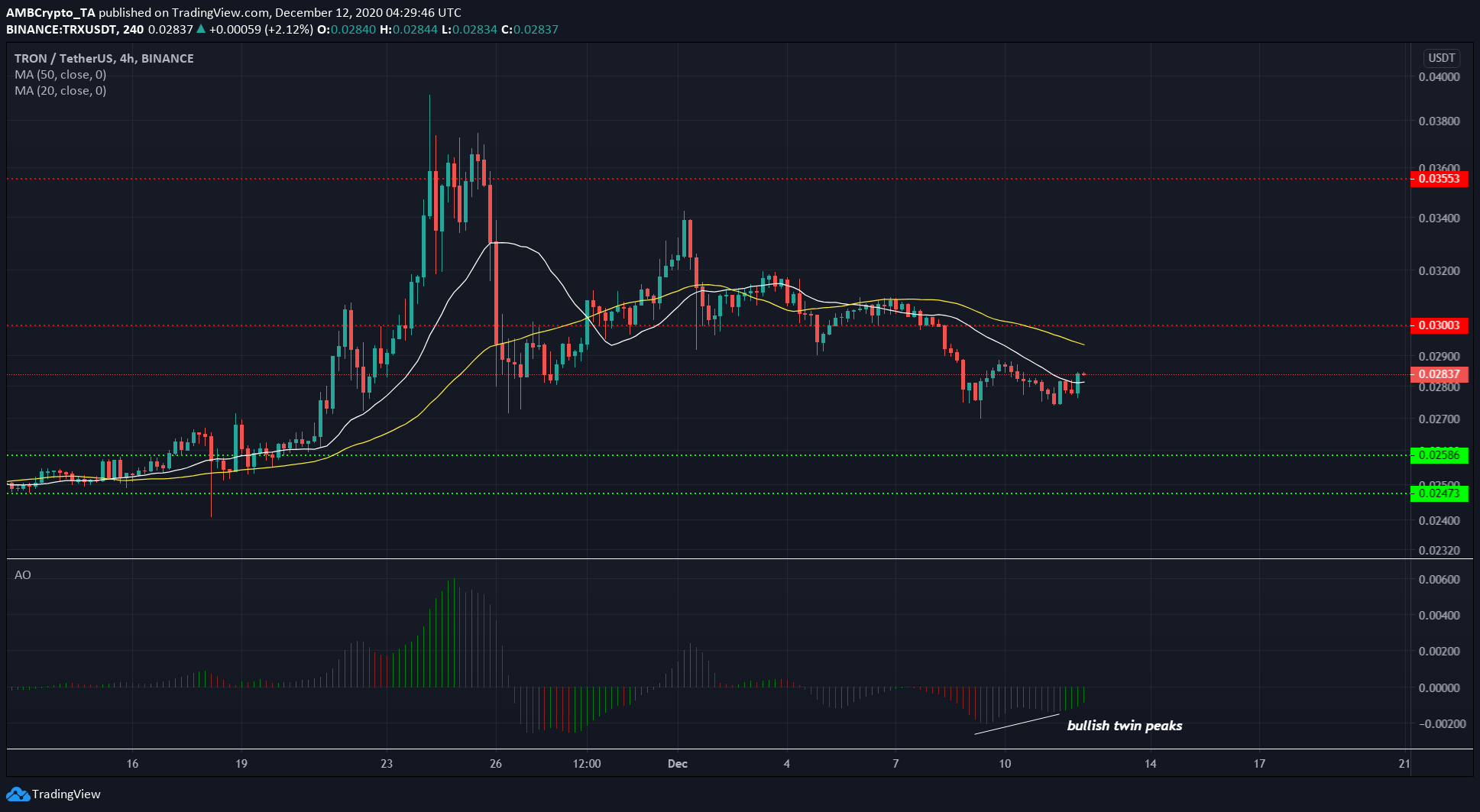 TRX descended as low as $0.027 after it dropped from $0.031. It lost the level of support at $0.03, but the Awesome Oscillator indicated that TRX could be headed north from here on.

It formed a bullish twin peaks set-up to suggest that the latest drop was about to reverse. From $0.0274, it could be headed towards $0.03 to test the level and attempt to flip it back to support.

The price rose past the 20 SMA (white) and it could face some resistance from the 50 SMA (yellow), which was moving just under the $0.03 level. 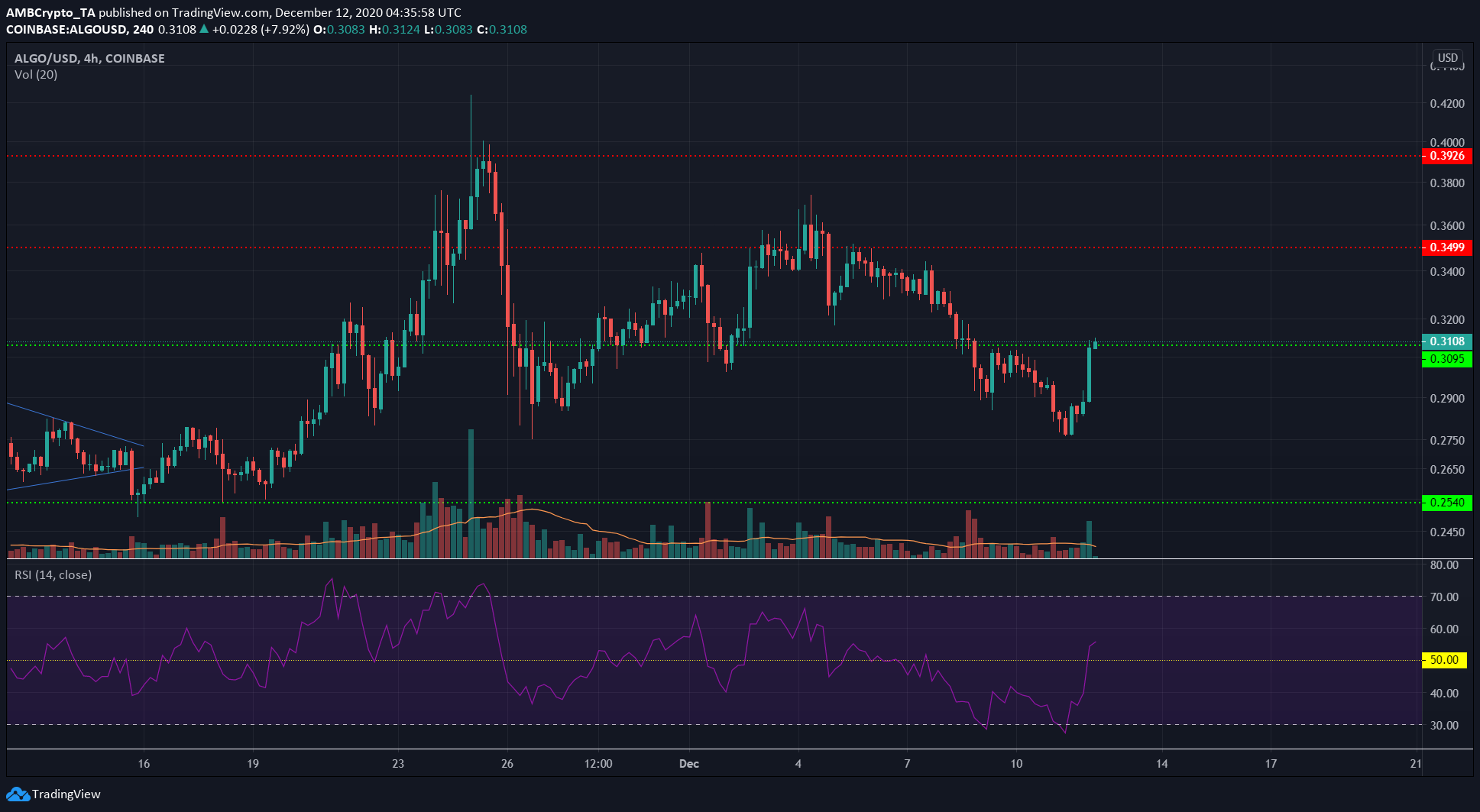 Algorand also found the bottom of its latest drop in the past few hours at $0.275. The price recovered to the $0.31-level of support in a quick burst, and the RSI also surged upwards past the neutral 50-line.

It is possible that in the coming hours, after further gains, the price might dip to re-test the $0.31-support and the RSI will stay above 50 to indicate that an uptrend was underway.

The latest move upwards also saw strong trading volume to give it credence. 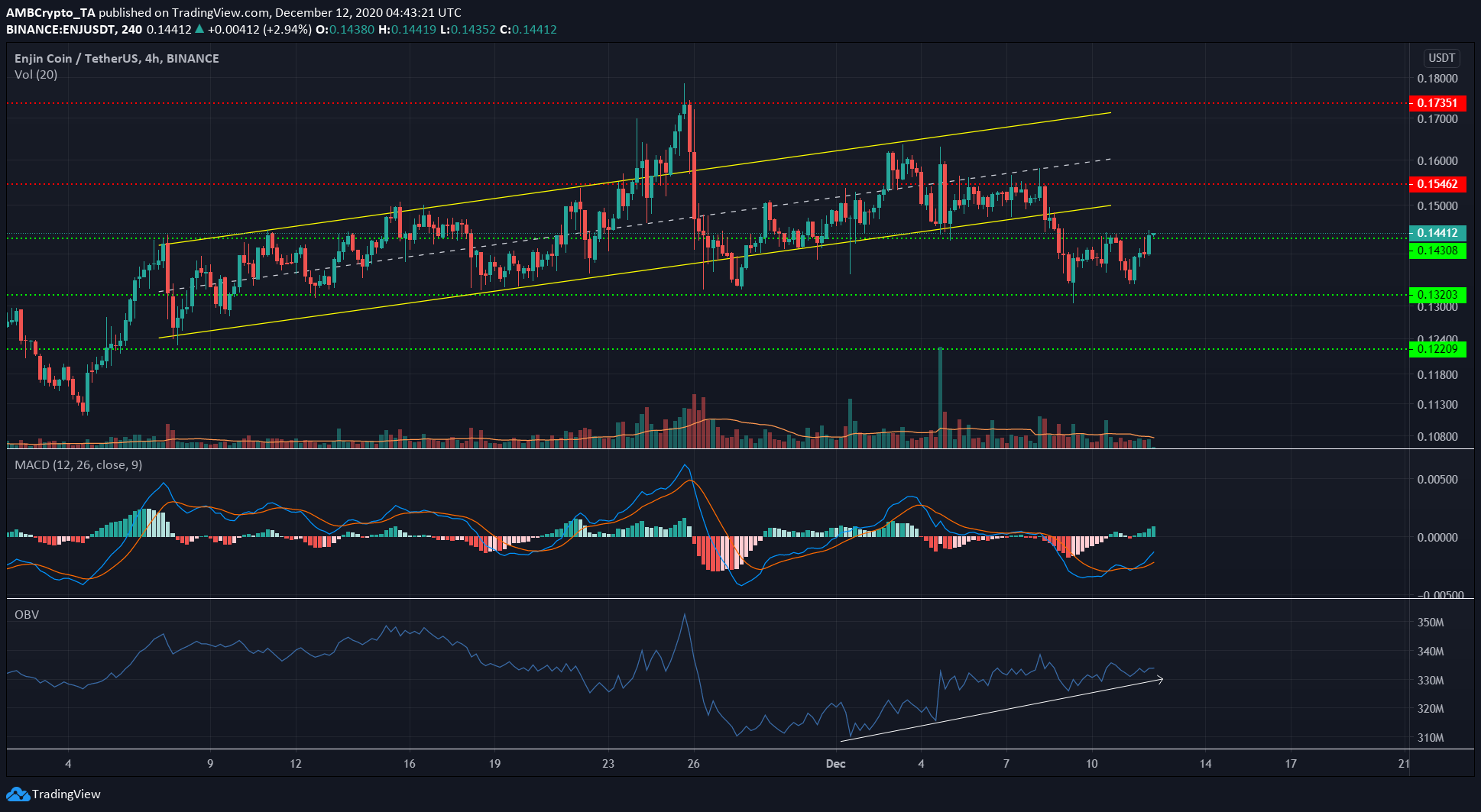 ENJ fell out of an ascending channel and dropped to test the $0.132-level of support. ENJ’s bulls refused to allow any further losses and drove the price upwards, even after a rejection at the $0.143-resistance level a couple of days ago.

At the time of writing, the price had once more ascended to the $0.143-level and it might be able to flip it to support shortly. The MACD formed a bullish crossover to give a weak buy signal.

Over the past week, the OBV has been making a series of higher lows to indicate that buy volume had exceeded the overall sell volume. Such interest from buyers could catalyze more gains for ENJ.

Cardano to announce ‘large’ and ‘exciting’ deals in Ethiopia: Hoskinson