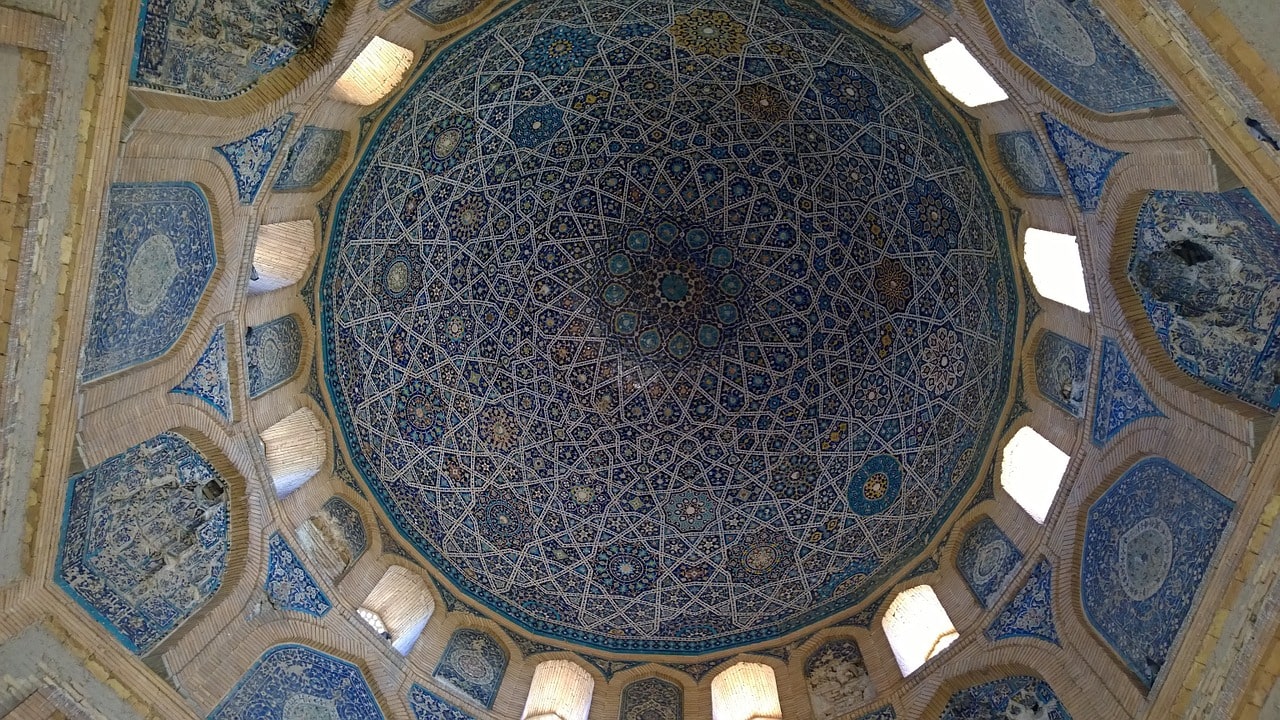 Bitcoin was trading near the $57k mark, but a drop back towards $55k was not yet out of the question. As such, the short-term bullish momentum for many of the market’s altcoins could be a bounce before another slide. Tron, Basic Attention Token, and VeChain all saw northbound moves in recent hours and could continue to rise in the short term. However, another wave of selling is something traders must be prepared for. 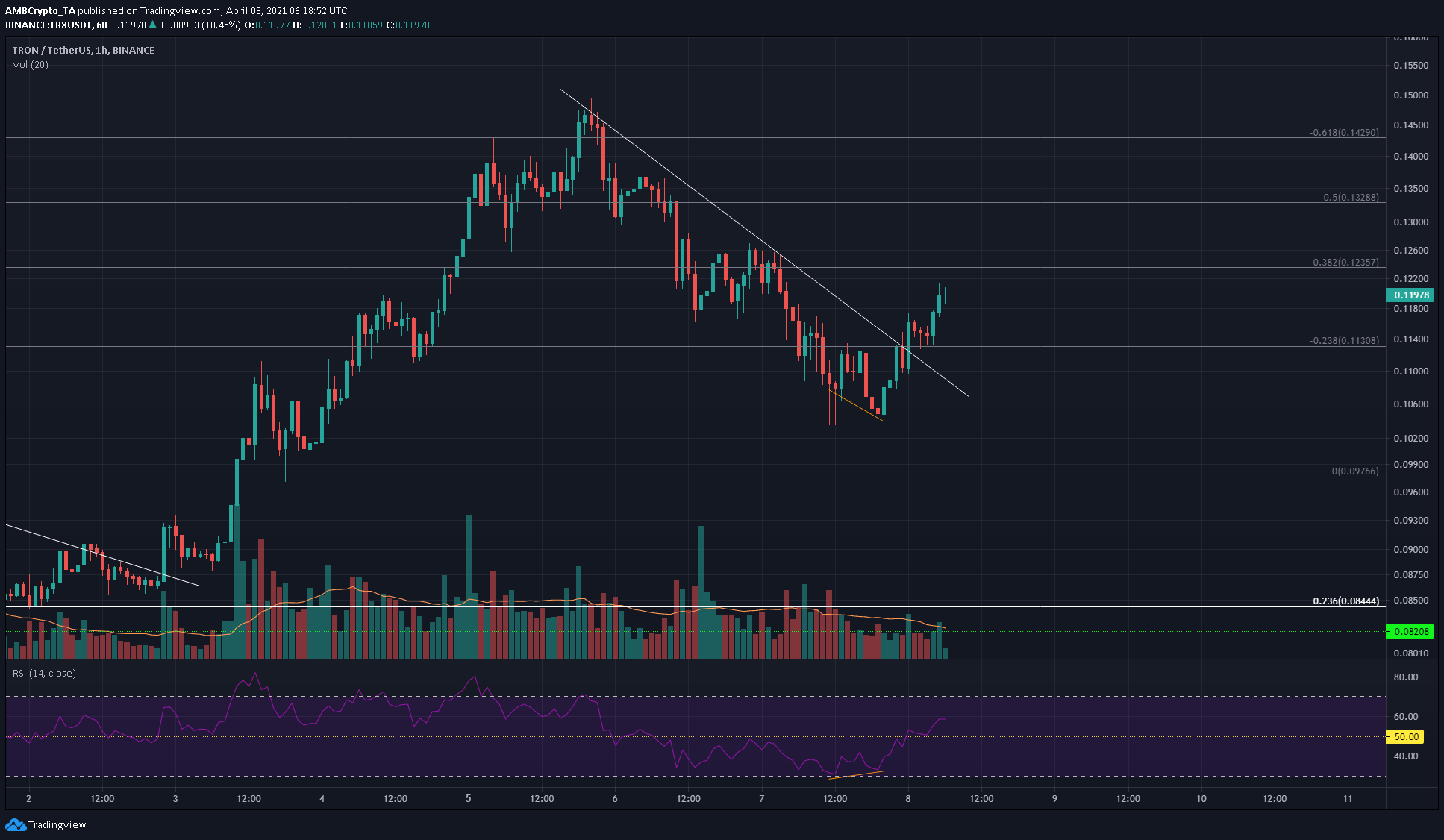 On the hourly chart, TRX breached the descending trendline that represented the pullback for the alt from $0.145 to $0.105 over the past few days. A bullish divergence was seen on the RSI (orange), one which saw TRX reverse direction.

This bounce flipped the 23.8% extension level to support. The RSI also climbed above 50, retested it as support, and was near 60, at the time of writing, showing that momentum had shifted in favor of the bulls once more. The resistance levels ahead were $0.126 and $0.133. 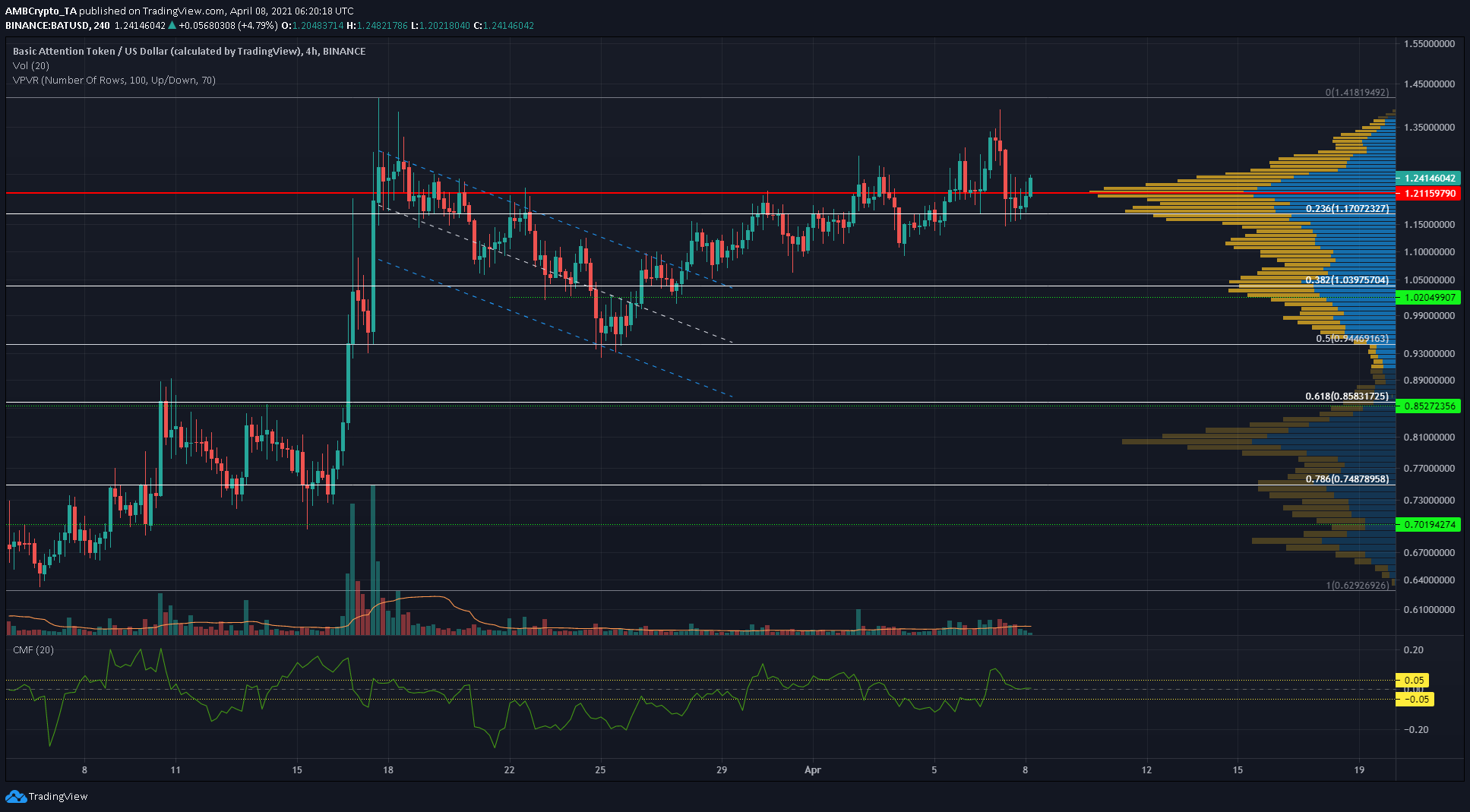 BAT broke out of its descending channel (blue) two weeks ago near the $1-mark, following which, it climbed to the peak of the channel at $1.3. It later saw a dip to $1.17 due to the recent selling pressure across the market.

The Visible Range Volume Profile showed that the Point of Control lay at $1.21, and BAT was trading just above it at $1.24. Above this area, there was negligible resistance.

The point is that, past $1.35, BAT would enter price discovery once more and could see further strong gains. 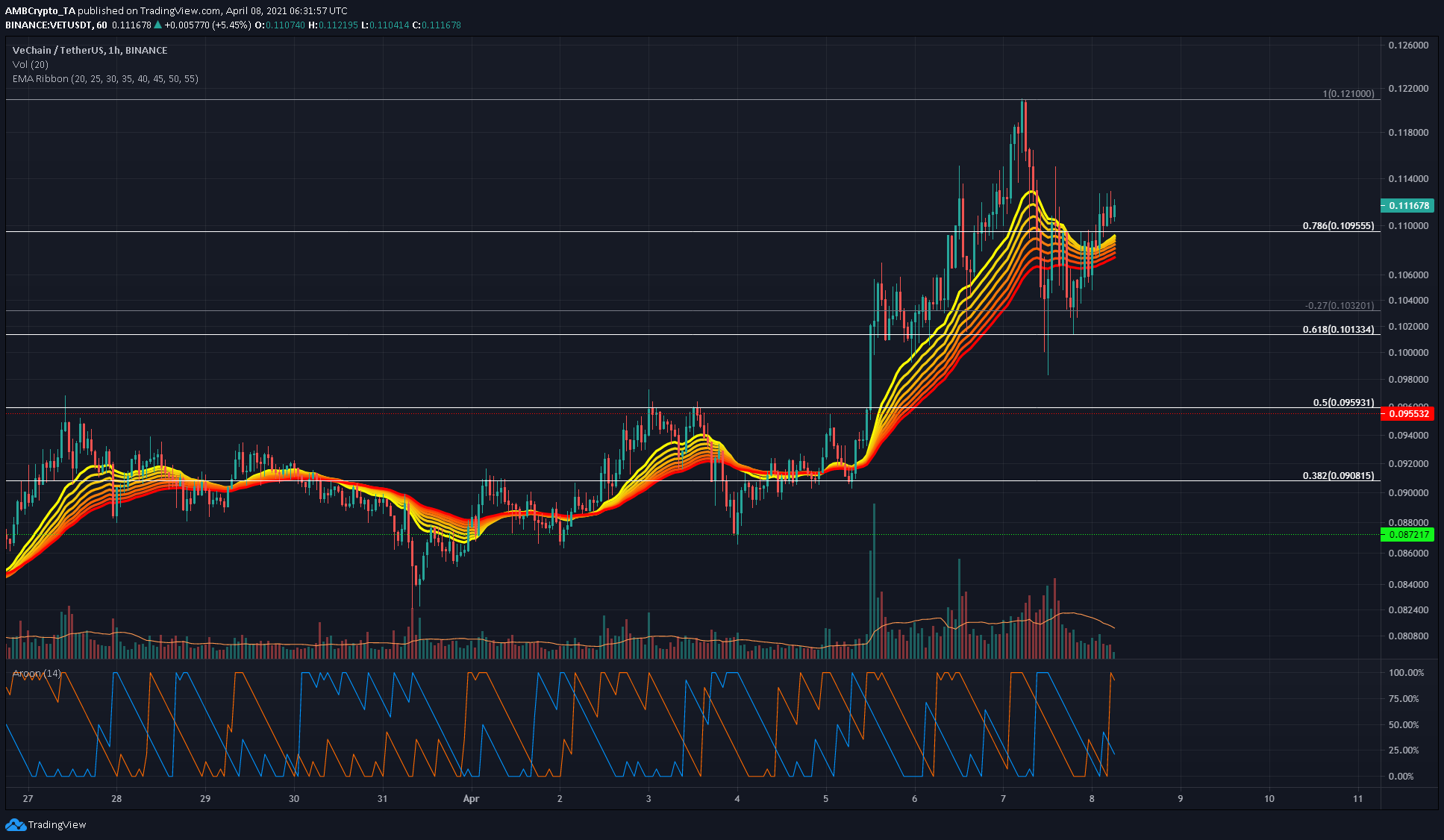 The EMA ribbons showed bullish momentum behind VET, with the alt’s price candles found above the same. The Aroon indicator showed that Aroon up was once more on top, indicating that another leg upwards had been initiated.