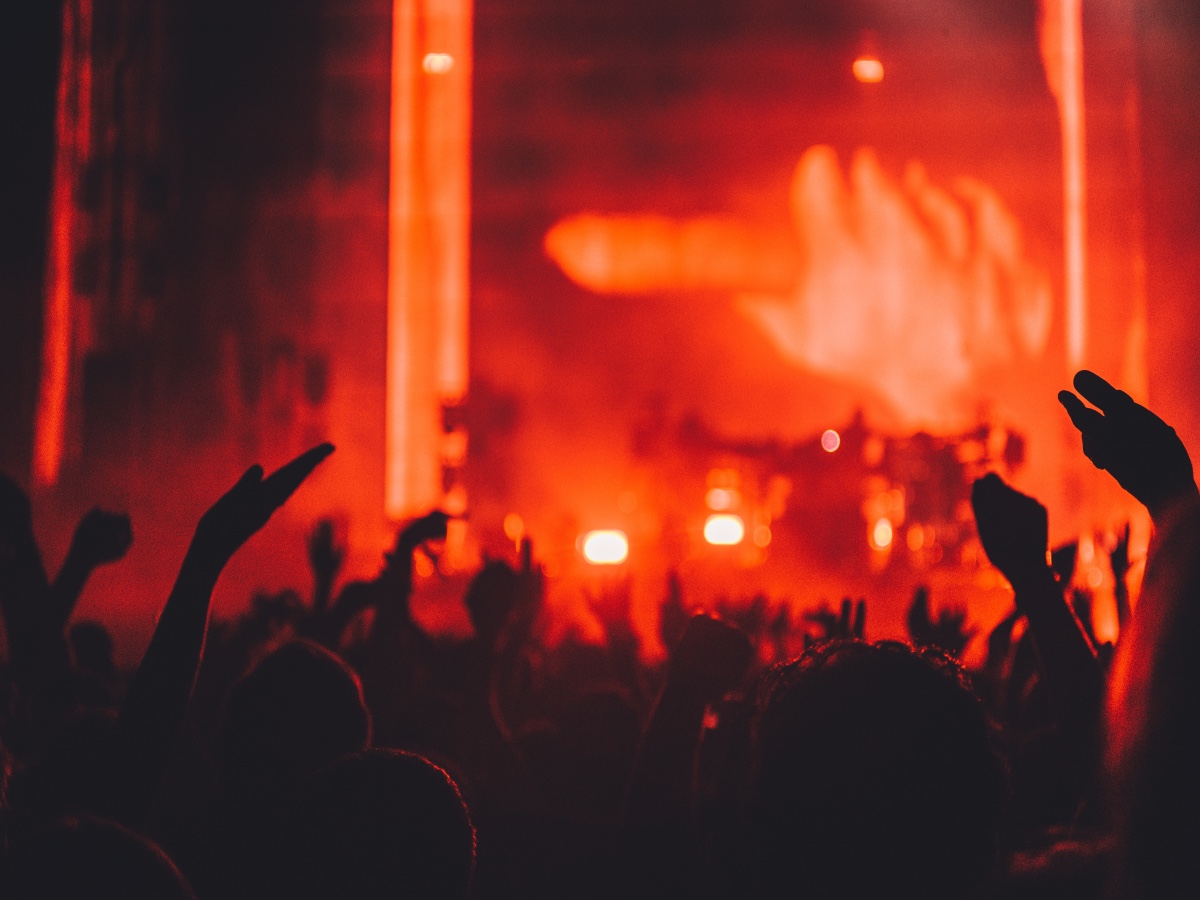 What might be the secret – or secrets – behind its success?

Is the sun rising?

TRON founder Justin Sun has been active on Twitter for the past several days, promoting TRON’s total-value-locked. Indeed, TRON’s TVL rose by close to 19% in a day, bringing it to $5.17 billion and bagging it the third place ranking.

#TRON is Top 3 blockchain in terms of Total Value Locked All Chains on @DefiLlama. #TRX pic.twitter.com/cbYf0M7IgG

On the other hand, price and TVL aren’t everything. Santiment data showed that while TRON investors might be celebrating, development activity on the network recently took a downturn again.

I could get USDD to this

Sun also hasn’t been shy about promoting the TRON algorithmic stablecoin USDD [USDD]. Furthermore, on 23 May, Sun joked that the stablecoin’s market cap could hit “6 B” sometime “tomorrow.” Though unlikely, this ignited hopes and excitement across the board.

Data from Santiment further showed that USDD’s market cap rose by more than roughly $50 million in the last day. This could be one reason behind TRX’s rally as well. However, it’s important to note that between 11 and 13 May, USDD also came temporarily loose from its peg, and dipped down to prices of $0.98.

Coming back to TRX, though, keep in mind that despite the rally, most users who bought their assets shortly before 11 May are still in loss.

But where could the asset’s price head next? The Relative Volatility Index [RVI] registered a value just below 50, indicating the future volatility might take the price downwards.

However, the Awesome Oscillator [AO] was flashing green bars above the zero line – a sign of bullish pressure on the asset. 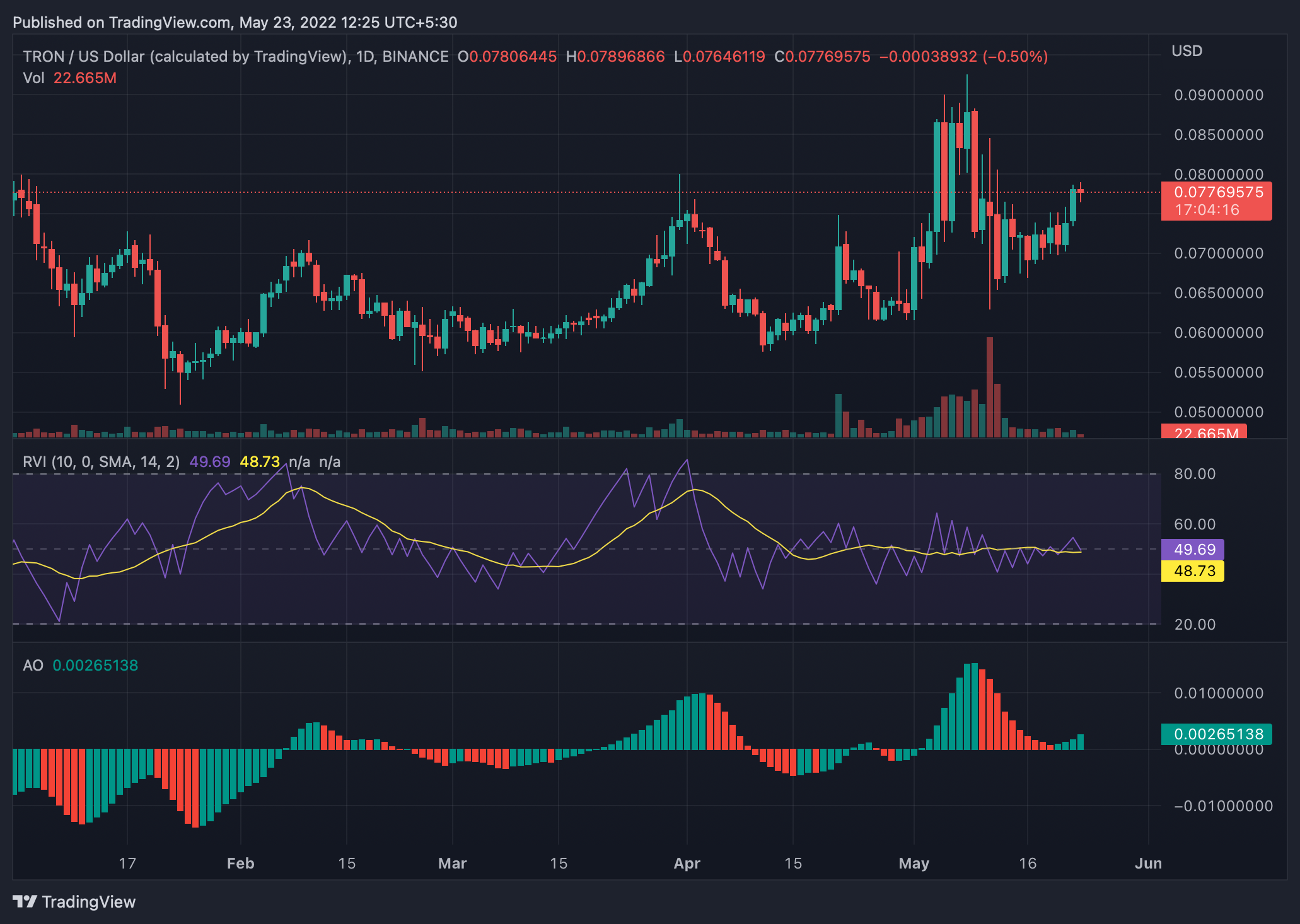