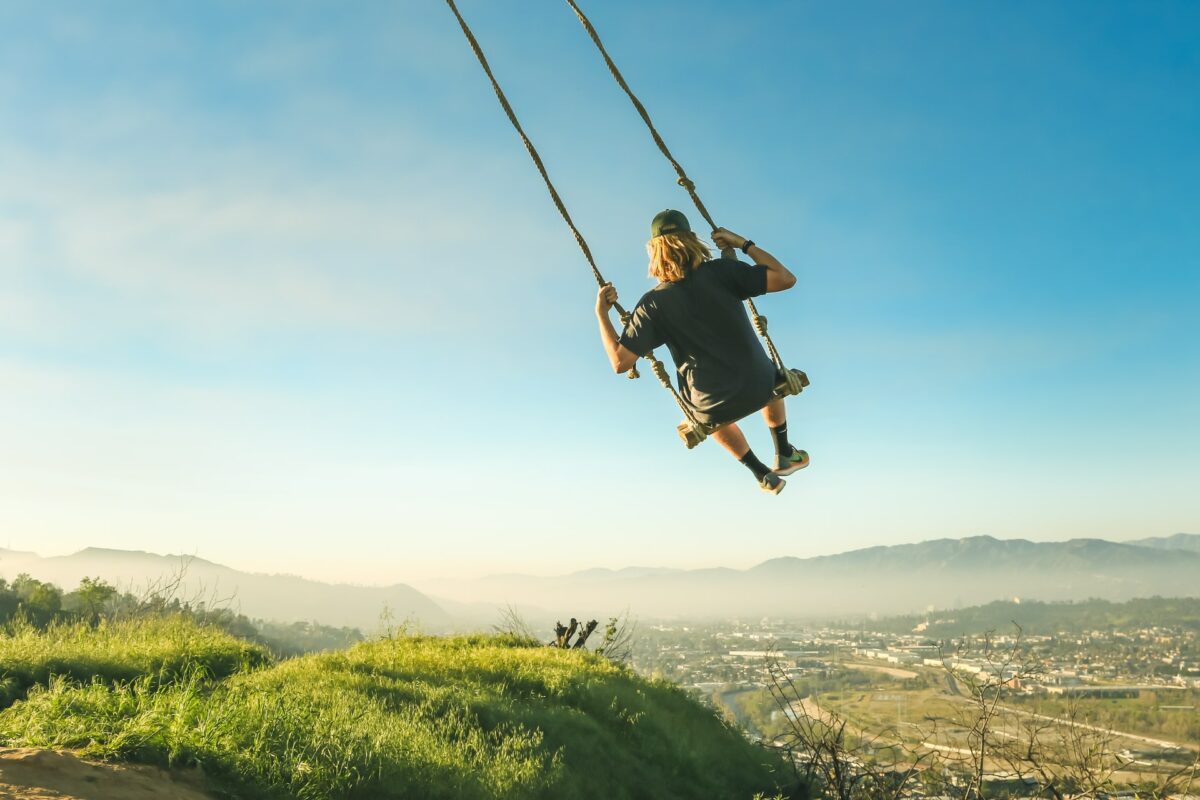 To be clear, the crypto market is at an especially risky area as Bitcoin floated just above a support level. In the weeks to come, fear could rear its head once more and force investors to flee from crypto. Yet, managing risk is also an important part of investing. There are two levels on the charts that need to be defended as support for TRON, while a close above $0.075 would be a signal of further gains. 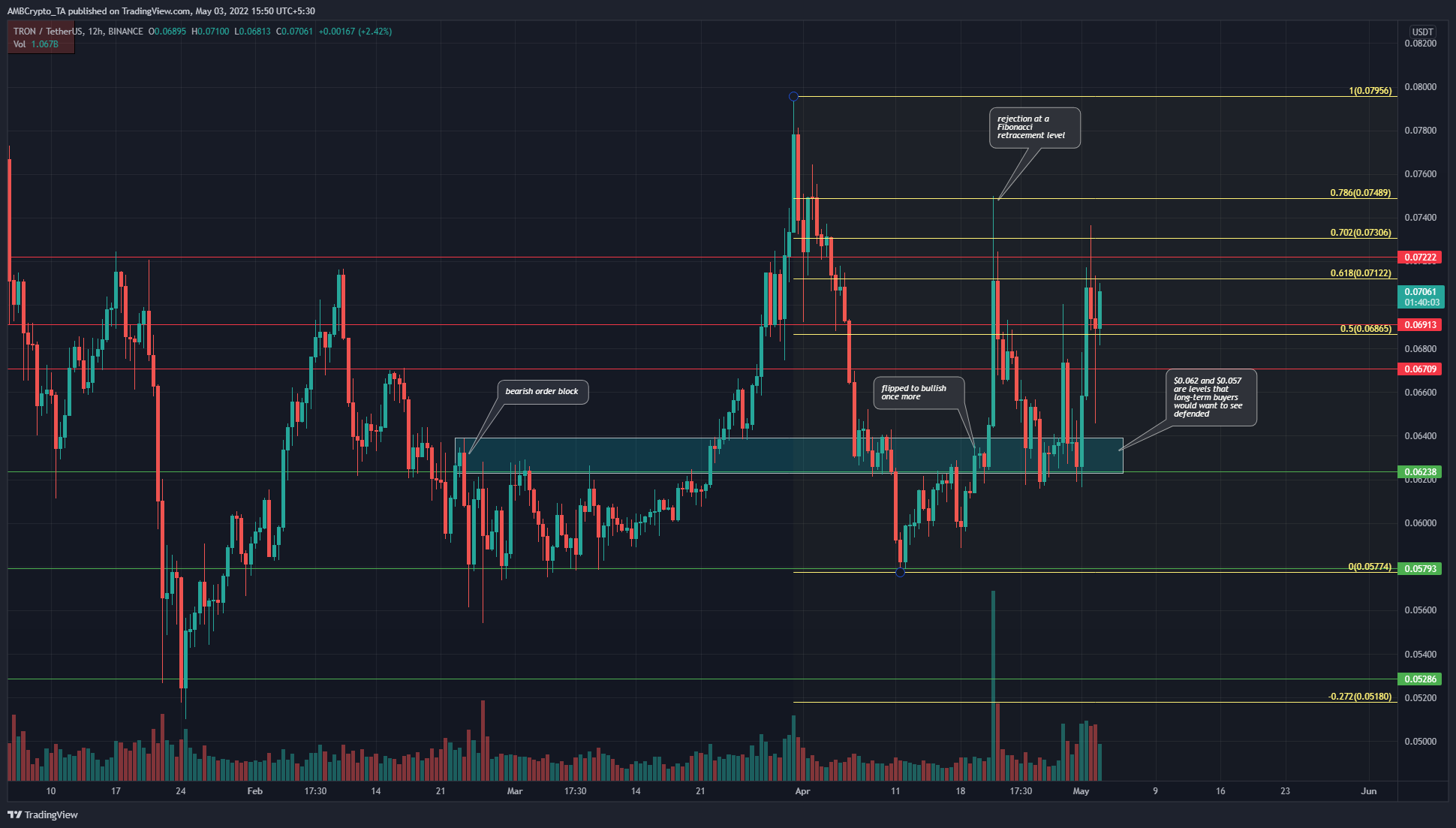 The 12-hour price charts showed that the past two months have seen TRX bulls defend the $0.057 and $0.062 levels with some ferocity. Moreover, the $0.062 area (cyan box) has been a bearish order block since mid-February. This area has exchanged hands from bears to bulls and in mid-April, was back in the hands of the bulls once again. 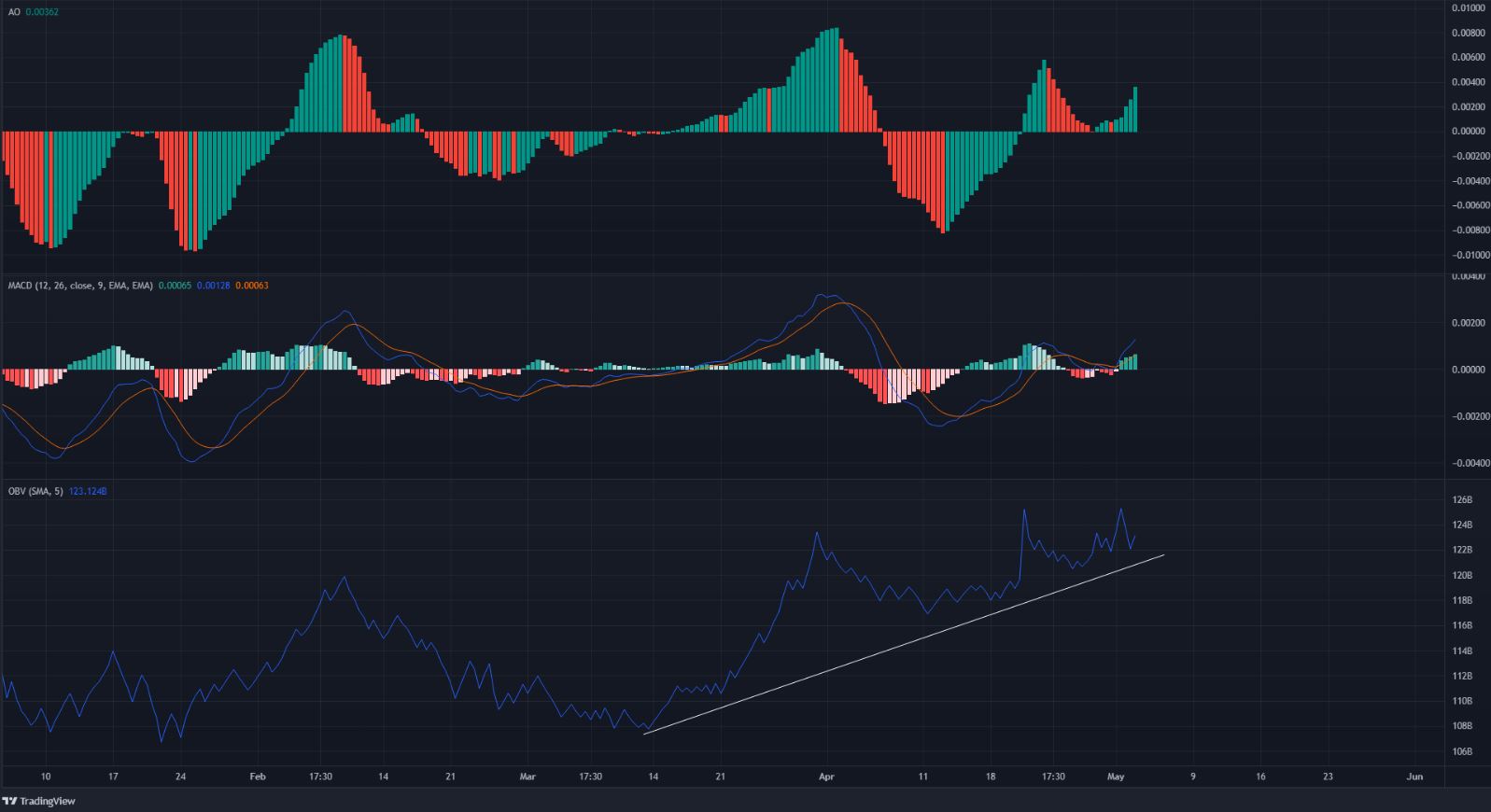 To back this up, the OBV has also posted a series of higher lows in the past two months, which meant that buying volume was much higher than selling volume in the same period.

The uptrend of the OBV and the strong bullish momentum indicators highlighted how TRON was likely to push higher up the charts. On the flip side, a session close below $0.062 and $0.057 could be a signal to exit the market and look for selling opportunities.