SushiSwap is one of the market’s fastest-growing DeFi protocols right now. Since its launch in August 2020, it has taken the protocol just one year to become one of the top 10. In fact, in many ways, it has left behind Uniswap, the protocol it forked from. However, it seems like this is it for SushiSwap and it may not grow any further.

Thus, the question – What made SushiSwap big and what’s stopping it from being bigger?

SushiSwap on the rise?

Today, the Total Value Locked (TVL) in SushiSwap is up by over 990%, compared to what it was last year. And today, it is also the only protocol to be deployed on more than 10 chains. Right now, that number is 14.

This has allowed it to grow so quickly that despite Arbitrum’s mainnet being launched just 17 days ago, the protocol already has almost $30 million locked in it.

However, despite being deployed on 14 chains, the reason behind it still being 10th is the audience it caters to.

It’s very protocol is. Being a Decentralized Exchange (DEX) limits its usage to people only looking to swap tokens. On the contrary, since the likes of AAVE are lending and earning systems, they allow higher values to be locked.

This is why it is leading the space despite having only 76k users whereas SushiSwap has 447k users. AAVE’s easy and widely accessible protocol has led to its TVL increasing by 1361%. In fact, the same stood at $14.18 billion, at press time.

Sushiswap’s DEX-only functionality is the same reason why on 50% of the chains it’s deployed, the TVL is less than $1 million. In fact, some even have only $26 as the total TVL.

However, the other 50% is keeping up the protocol and its token as well. Over the last week, SUSHI rose by 47.38%, breaching $15 on the charts, before coming back down to $14 at press time.

This led to bullish investors purchasing over 833,000 SUSHI out of exchanges worth $11.6 million in just 1 day. 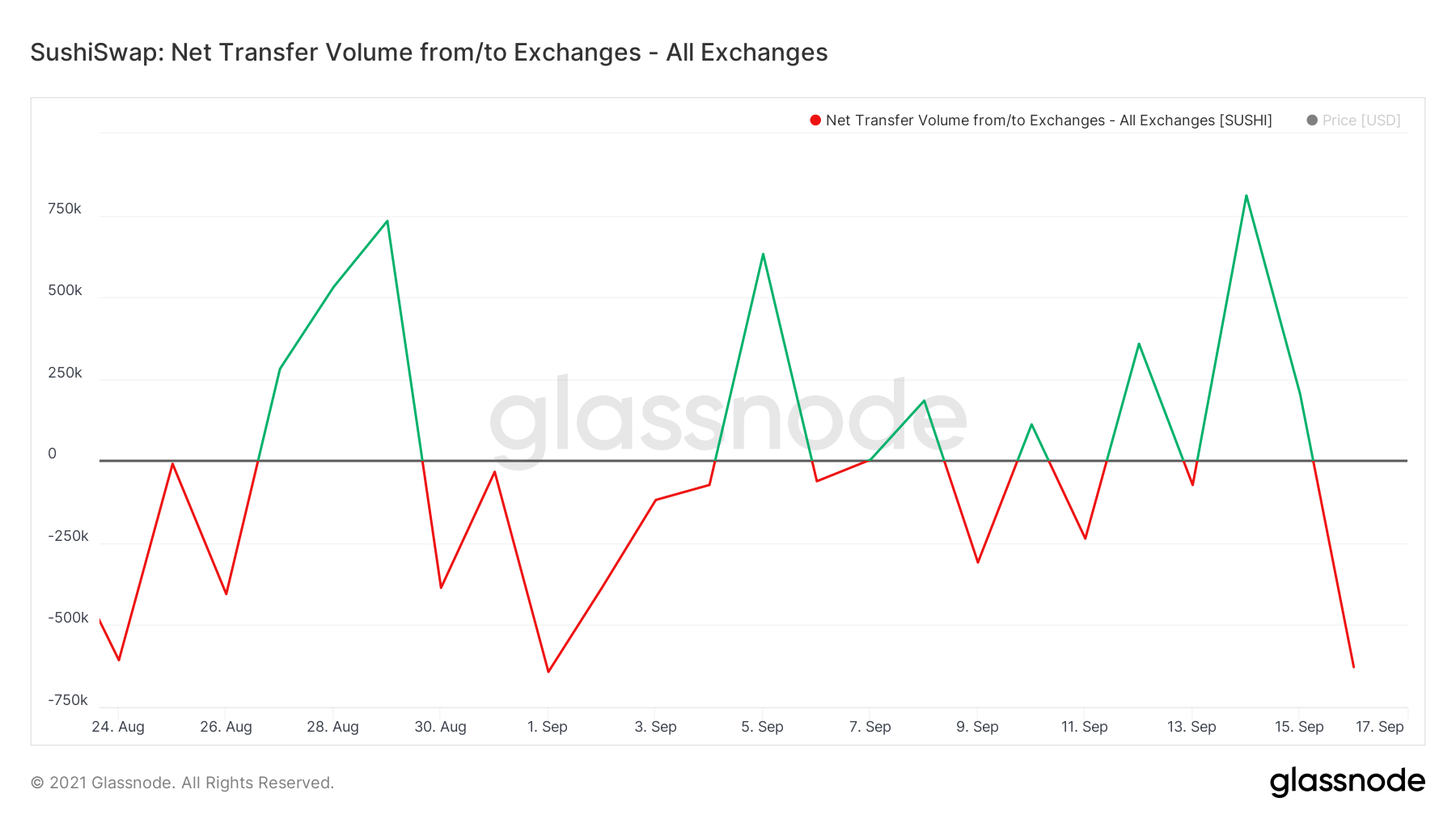 Simply put, SushiSwap needs a higher monetary infusion to make it a bigger protocol. Until then, its volatility will keep investors in a doubt.

Related Topics:AAVESUSHISushiswapYield Farming
Up Next

Sellers hold the aces in Ethereum Classic’s market, but it might not be game over