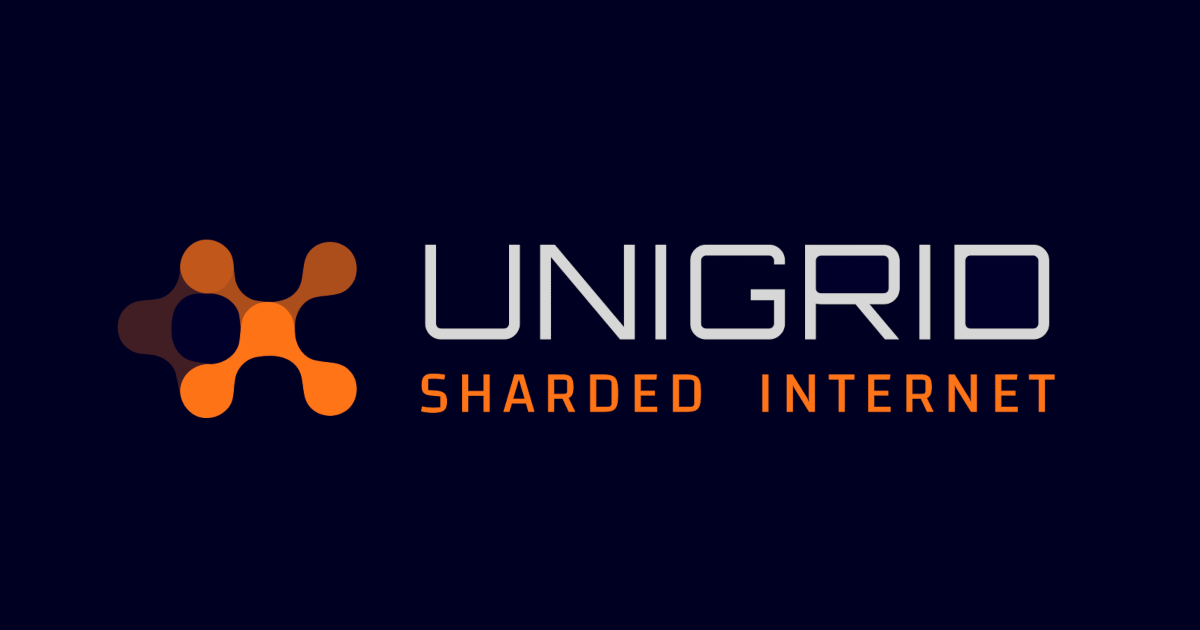 In recent years, many different Web3 projects have been trying to decentralize the World Wide Web. On the other side of the spectrum, big corporations have been working against this decentralization, growing their data centers, continuously centralizing services and blockchain networks. This continuous centralization has been progressing for years, with no attempts made by politicians or lawmakers to stop it. Because of this continuous development, the internet is now more centralized than ever.

A major piece of it is operated by conglomerates who own more than 50% of the total market share. A majority of the data and traffic of the internet goes through their servers and data centers, overloading and slowing down services during peak hours. This decentralization makes services more unstable and much easier to attack, often creating a singular point of failure. Almost every internet user has experienced the problem of unreachable servers due to overloaded routes or hacked services.

The internet was originally created with the intention of creating an open space for everyone that was globally accessible, allowing everyone to view and contribute to the information regardless of their geographical location. The current centralized nature of the internet and its resource ownership has led to the under-utilization of servers with idle CPU cycles and gigabytes or terabytes of unused space on a single server.

Unigrid is a platform that functions with the primary goal of implementing a decentralized communication solution that offers data storage and compute cycle utilization. This can be beneficial for businesses and users who value privacy and require secure data storage.

Creating a network without borders

The Unigrid network intends to establish itself as a decentralized and anonymous alternative to the regular internet and traditional cloud services. The Unigrid foundation is building a load-balanced network that is segmented on the basis of sharding, data striping, and parity blocks – creating a network that is safe from service disruption and data loss. The blockchain-based infrastructure allows everyone to contribute their resources to the network by hosting a service node (a grid node), supplying bandwidth, computing cycles, and storage space.

Whenever data is stored and controlled by a third party, the risk of leaks and theft increases greatly. The Unigrid network gives users control over their data through their on-chain storage and sharding options. Users can share information and sensitive data with a key that has an expiration timer, cutting down on the risk of data being exposed or leaked.

With the blockchain’s tamper-proof mechanism and Unigrid’s added layer of trust, the data transmission between two parties becomes secure. The Internet of Things (IoT) requires scalability without degradation wherein millions of IoT-connected devices join the network, this new network is capable of handling this and maintaining the integrity of the actual data.

Sharding is a type of database architecture pattern that is related to horizontal partitioning. The Unigrid network divides or shards data across nodes into shard groups that allow it to work as a self-replicating Content Delivery Network or CDN. This helps to reduce the network latency that currently is a problem on the modern web.

Normally, blockchains store data in a vertical structure where every new block is appended to the previous block. When the aim is to create a low latency network that has the capacity for fast data access and transfers, this system does not give the ideal results. Therefore, Unigrid uses sharding across multiple blockchains. Parity blocks are also used to get better fault tolerance and redundancy, thereby creating a network that is built for speed, scalability, and security.

The Unigrid network features gridnodes. These can be set up on a server by locking a certain amount of tokens to that node. They are similar to masternodes that provide a service to the network through their contribution of network bandwidth. As the masternodes help in securing the network, they are rewarded in tokens. Gridnodes are instead scored on the basis of the quality of the service that they provide to the network.

UGD is the native token of the Unigrip platform, the token will have a total supply of 150 million. A 32.4% share of the total share has been set aside to the foundation, while another 26.7% is for the public sale round. 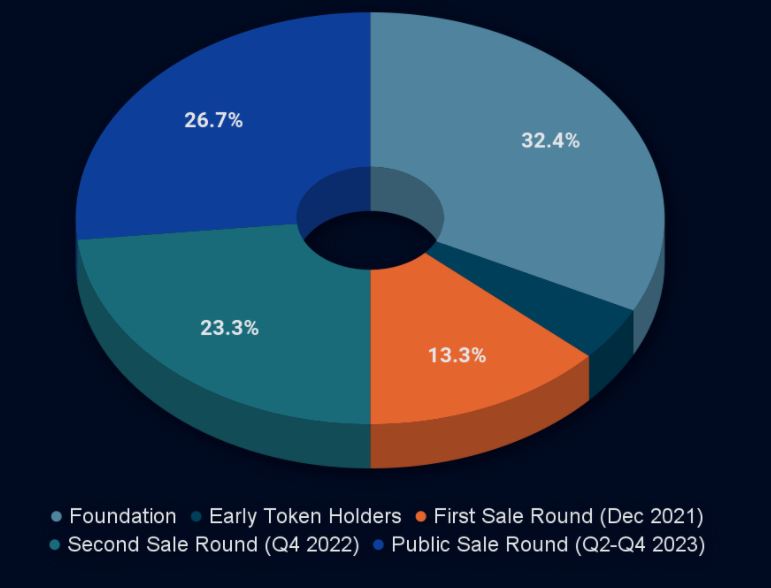 A 23.3% share of the supply is for the second sale round while a 13.3% share is allocated to the first sale round. The remaining 4.3% is for early token holders.

With all the recent criticism of the Web3 projects and the financial and influential control that VC firms have over them, Unigrid is positioning itself to focus on smaller investors and focus on decentralization. While the project accepts investment firms, the maximum amount accepted is restricted in order to avoid a situation where too much of the supply is allocated to a single entity. With a custom sale portal and over 150 backers contributing $10 000 – $250 000 each, the project is already the biggest crowdfunded blockchain project in Sweden.

With its multi-blockchain approach, Unigrid presents a solution to the problems of internet centralization and surveillance. The network protocol is self-governing and with the help of its gridnodes and sharding mechanism, the project intends to make service disruptions on the Internet a thing of the past.

The Unigrid token has been designed to support the network and enable rapid payments along with a network economy. Unigrid challenges the monopoly of cloud providers who overcharge users for a flawed centralized service, offering a global-reaching cloud service and network that is democratic in the truest sense.

For more information on Unigrid, please check out their official website.

Fraudsters use royal couple to promote scam, here’s all that’s going to change in the U.K