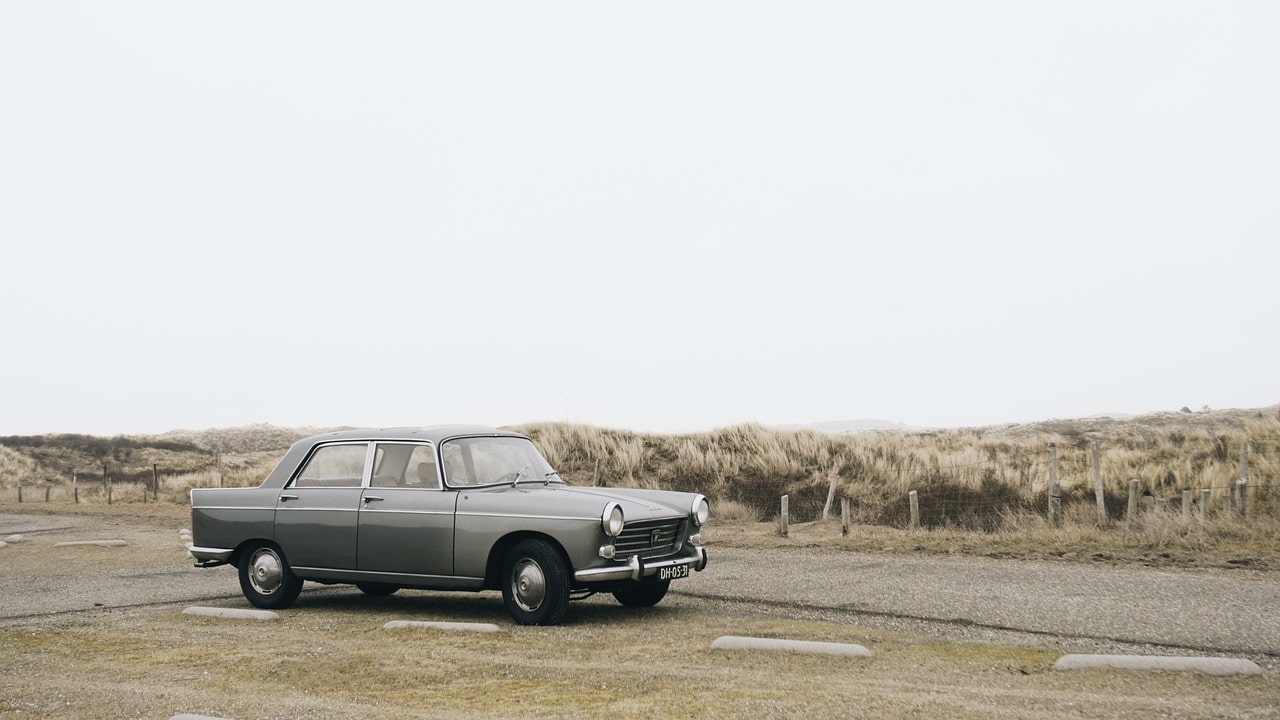 Uniswap was consolidating above the $30 mark while BitTorrent Token also showed signs of being in an accumulation phase. Elrond was strongly bullish and could target $245 in the coming days. 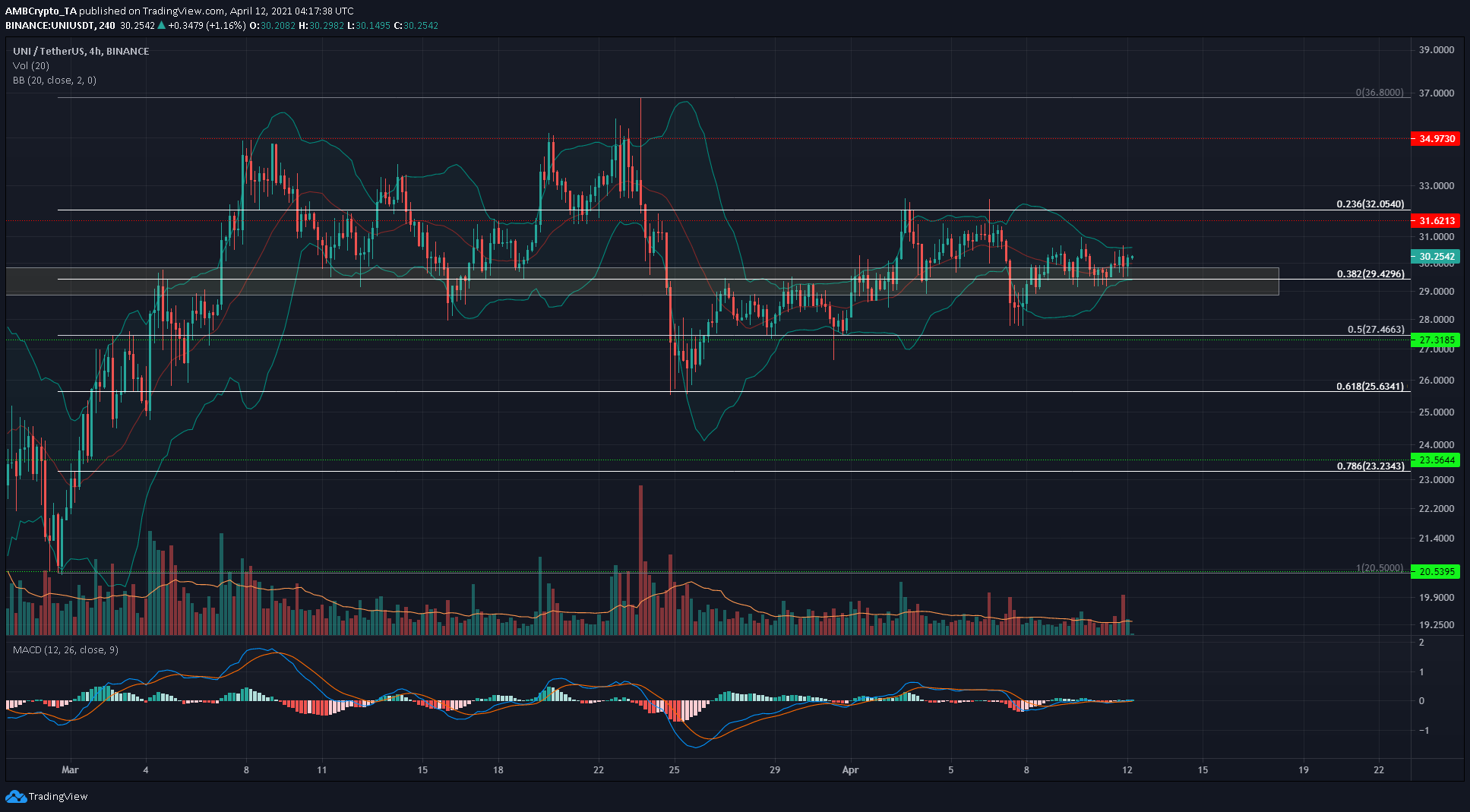 At the time of writing, the $30.6 is a short-term resistance level of significance. A move above this level would signal that UNI could recover toward $36 in the coming days. However, UNI lacked momentum and volume to pull this feat off.

The MACD showed momentum did not favor buyers or sellers, and the Bollinger bands were relatively tight around the price. 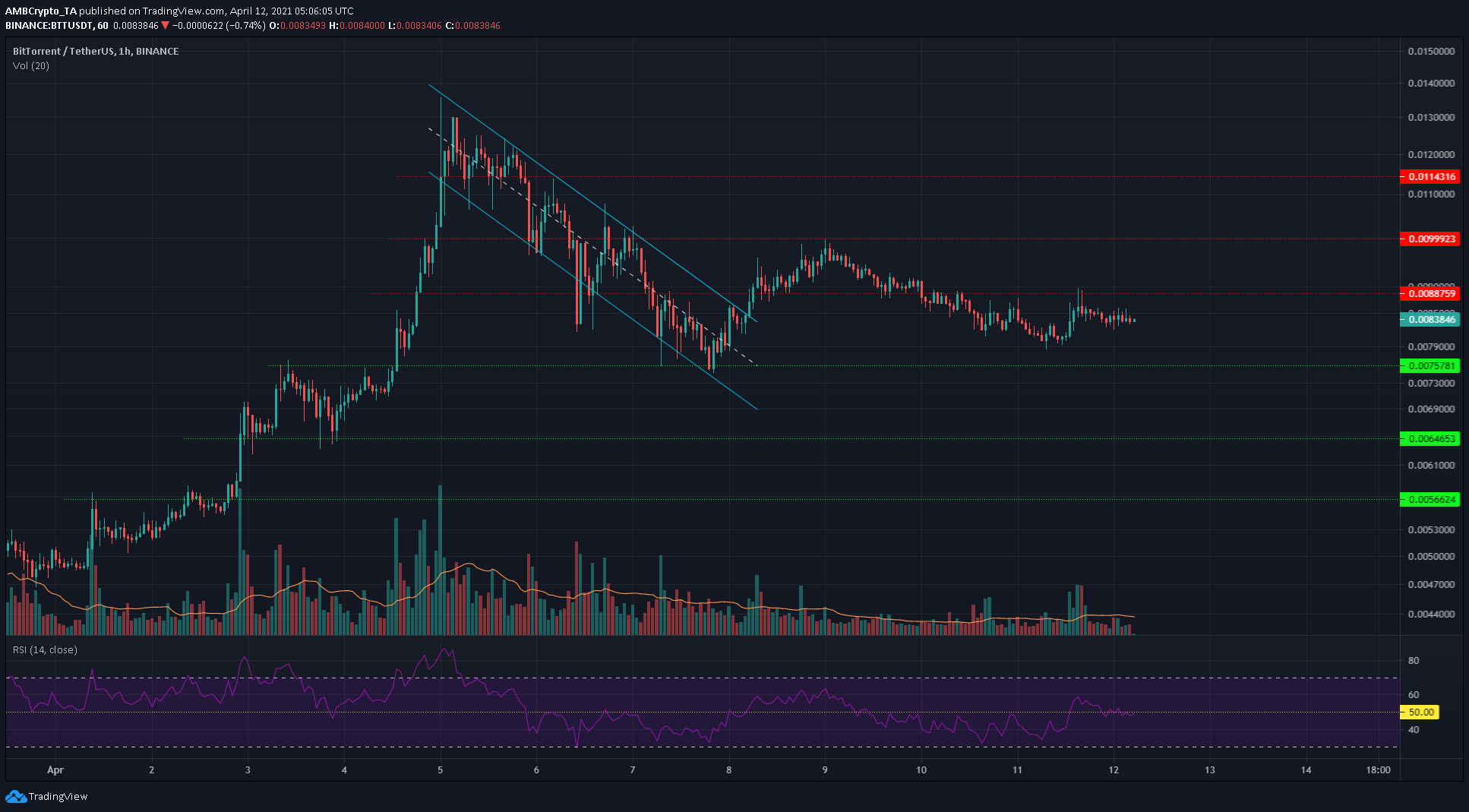 On the 1-hour chart, BTT formed a descending channel and appeared to break out of this pattern on the 8th of April. The breakout was at the $0.0845 mark, but at the time of writing, BTT was trading at $0.0838. The upward breakout met resistance at $0.01 and has gently slid down the charts over the past couple of days.

The RSI stood at 50, showing momentum was neutral. The trading volume was low, except for a bounce off the $0.08 level the previous day that saw significant volume arrive.

The path forward for BTT is likely to be more sideways movement. Sometimes a move outside of a falling channel does not immediately see a reversal, and this could be one more such instance. Accumulation before another leg upward is a possible scenario for BTT, and the $0.0075 is a level for bulls to defend. 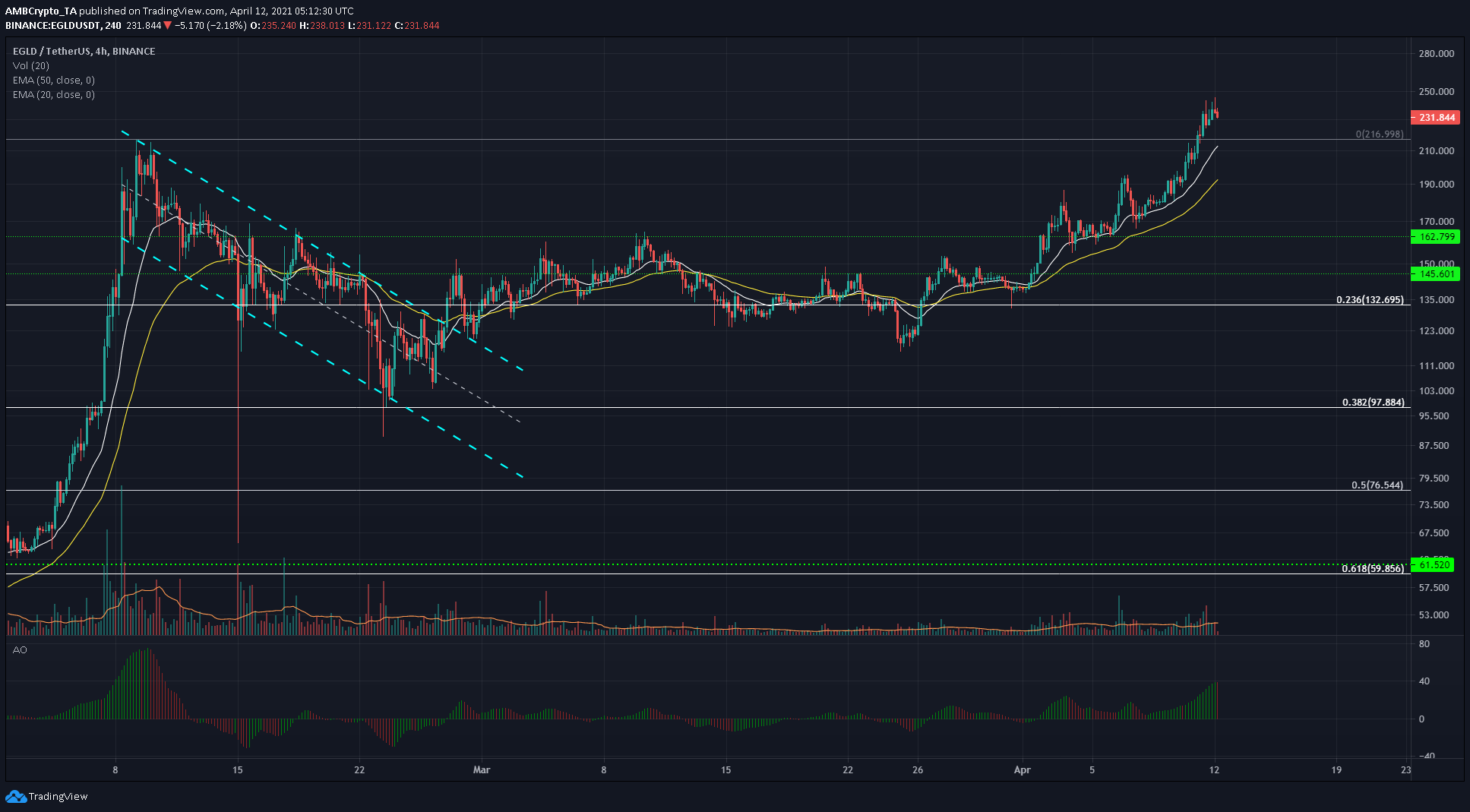 EGLD showed what the path forward for BTT could look like, as a breakout from a descending channel (not a bull flag as the retracement was too deep) was stifled at the $162 resistance, revisited $120 before establishing another strong uptrend for the next wave north.

The Awesome Oscillator showed strong bullish momentum behind EGLD, and this surge can continue to $245-$250.

This ‘Bitcoiner’ says Dogecoin investors are going to lose their money