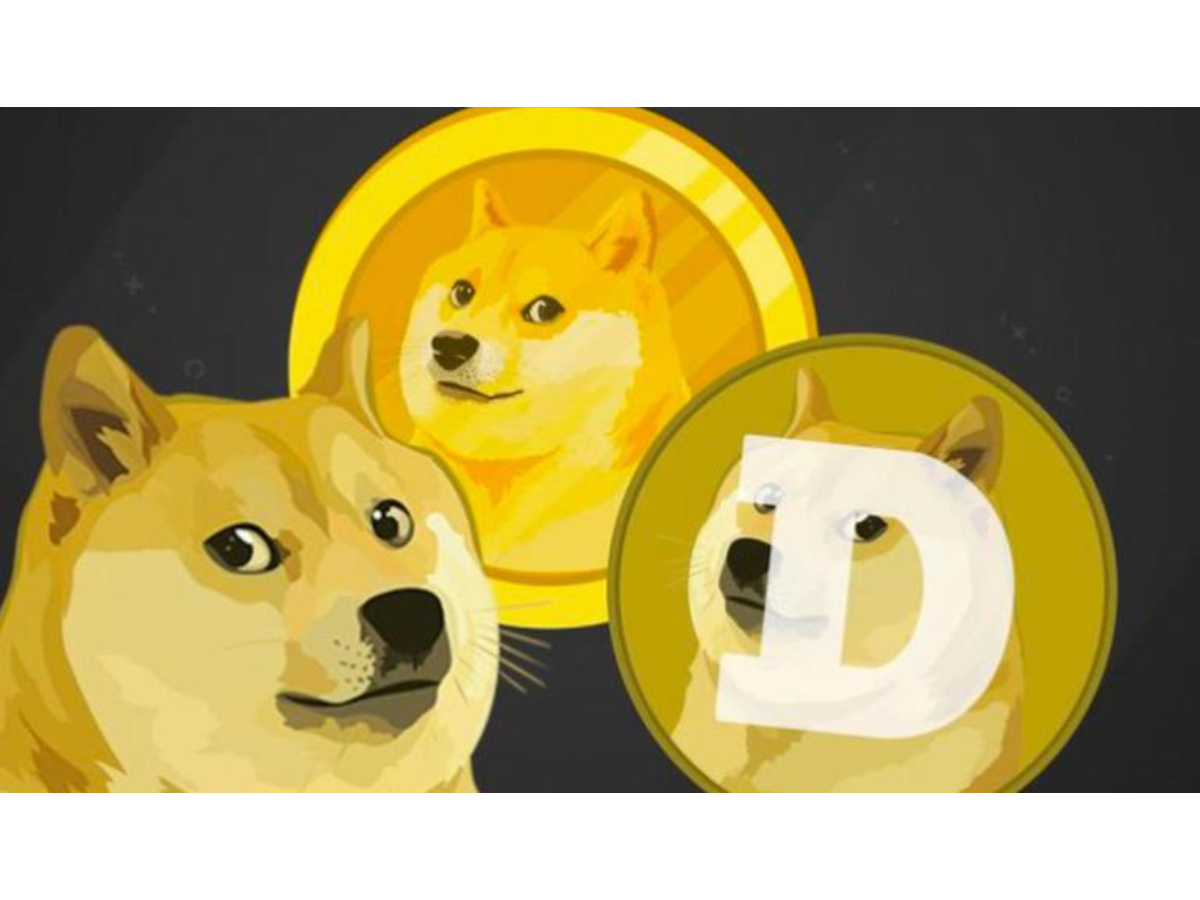 Dogecoin inspired meme-coin Shiba Inu made headlines this week owing to its surprising rally. However, anytime an untimely rise occurs it can also make investing in the asset slightly risky.

Naturally, given DOGE and SHIB are seen as leaders of the pack, one could expect Dogecoin to act in a similar volatile fashion. However, that was not the case.

Dogecoin is not manipulatable

Not by other coins at least, since who knows what “Dogefather’s” next tweet might do to the market. Having said that, the events surrounding SHIB in the last 5 days have been nothing but startling. 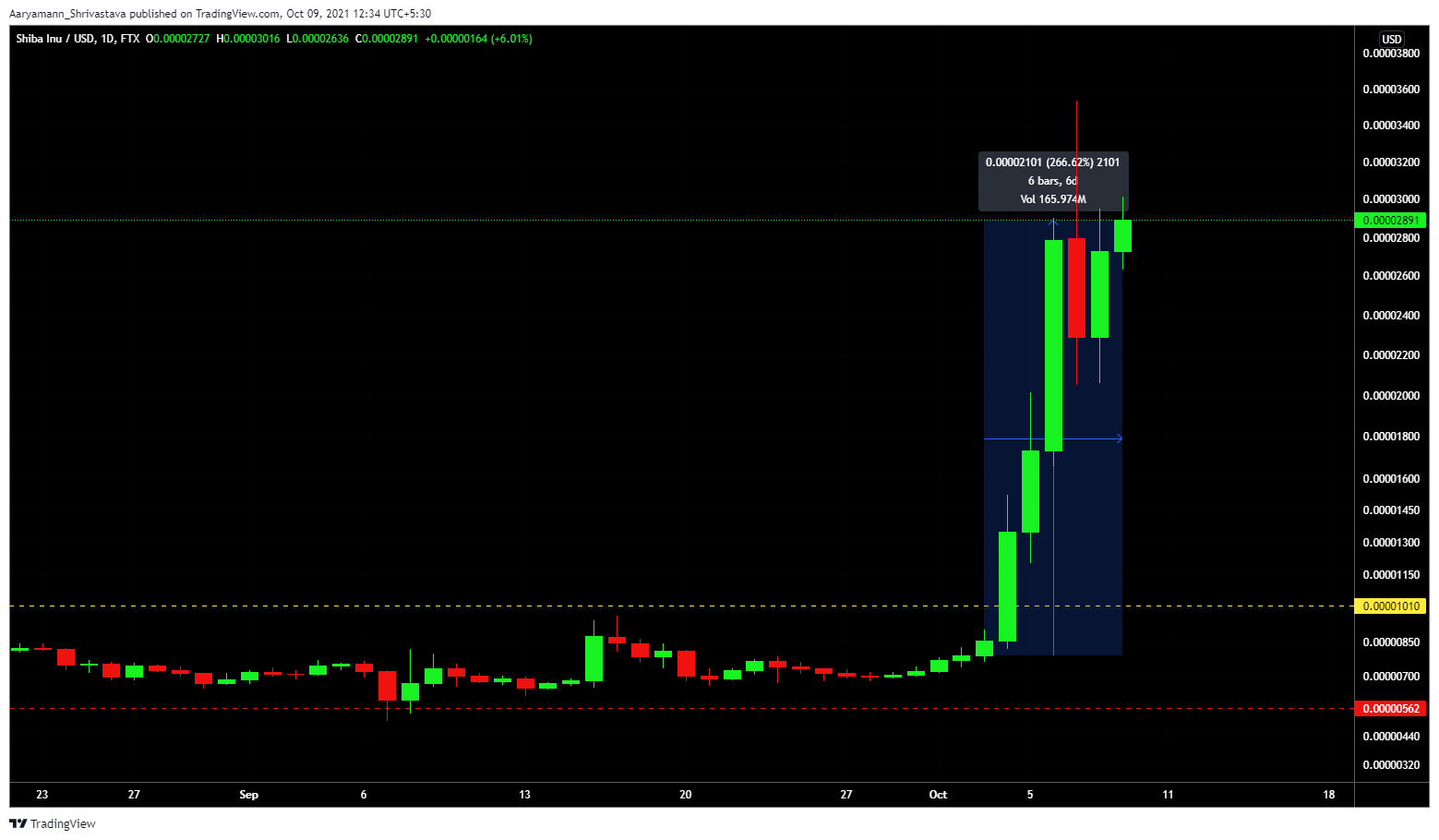 Investor behavior on the said date was just as one would have expected. Over 176-178 trillion SHIB were both bought and sold on that very day. Trading volumes for the meme coin which don’t even cross $300 million on an average, touched $9.97 billion on October 6. 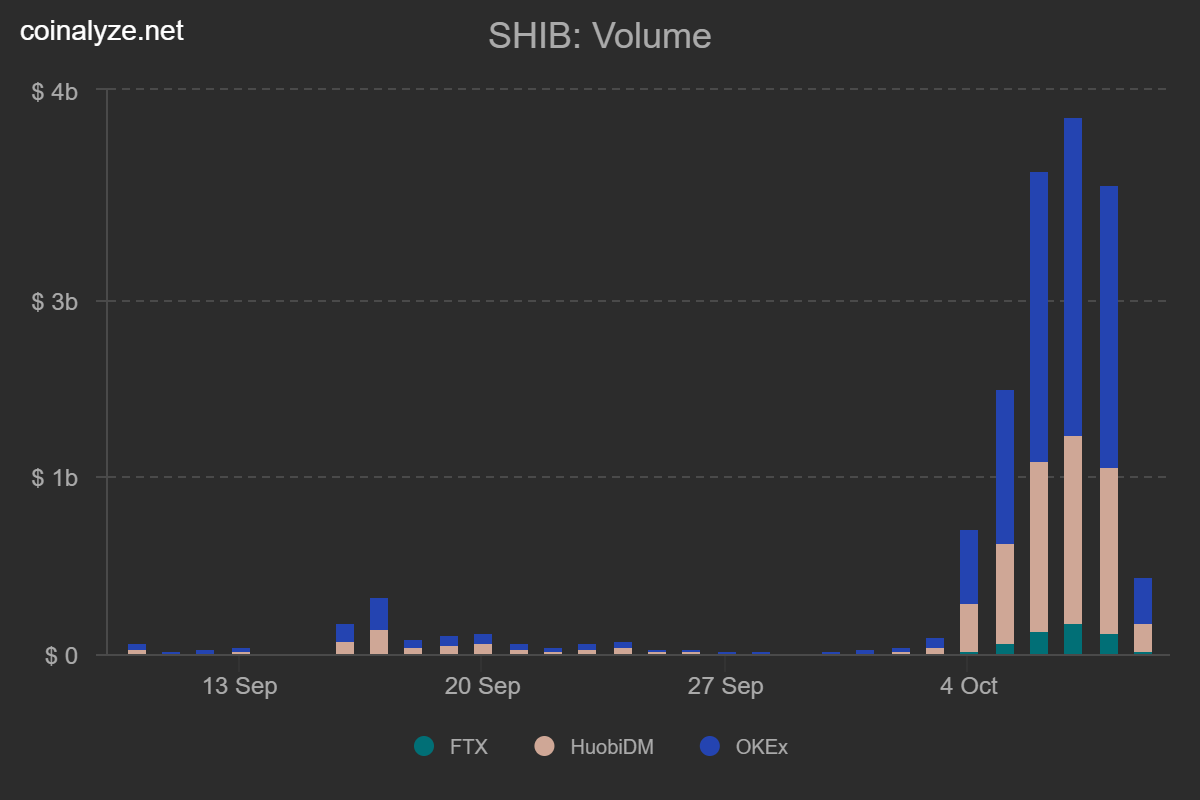 However, its effects on DOGE weren’t as you’d think they’d be.

Dogecoin holders might have reacted according to Shiba Inu’s movement but the price of the coin showed some restraint. DOGE for most parts has been following the market’s cue instead of that of some other coin. Since the beginning of the month, the altcoin has risen by only 20.32%. 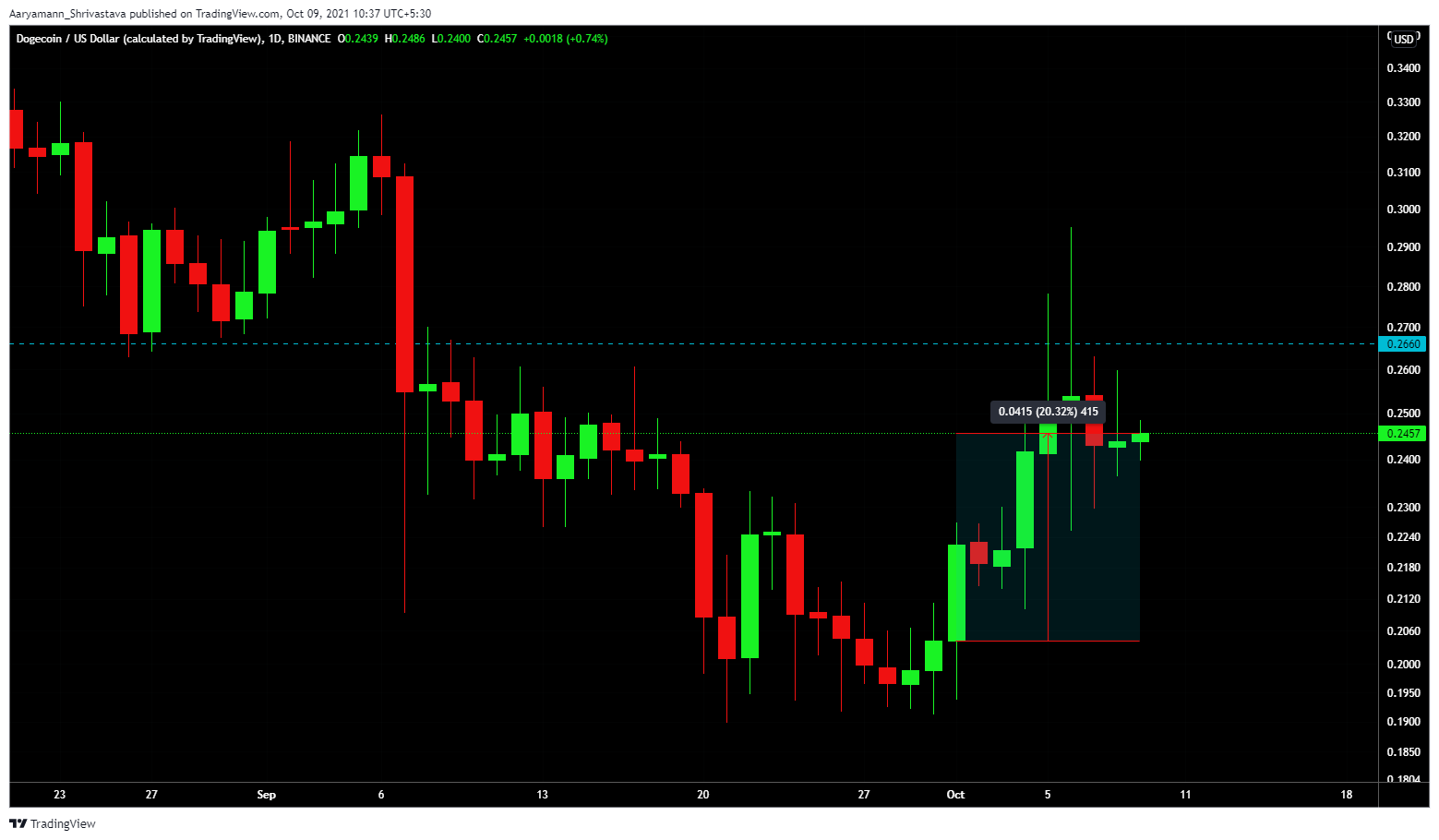 And even though on October 6 DOGE registered extraordinarily long wicks on both ends, it ended up closing at only +0.85%.

However, the highs and lows of the day resulted in over $6 million worth of Dogecoin liquidations. 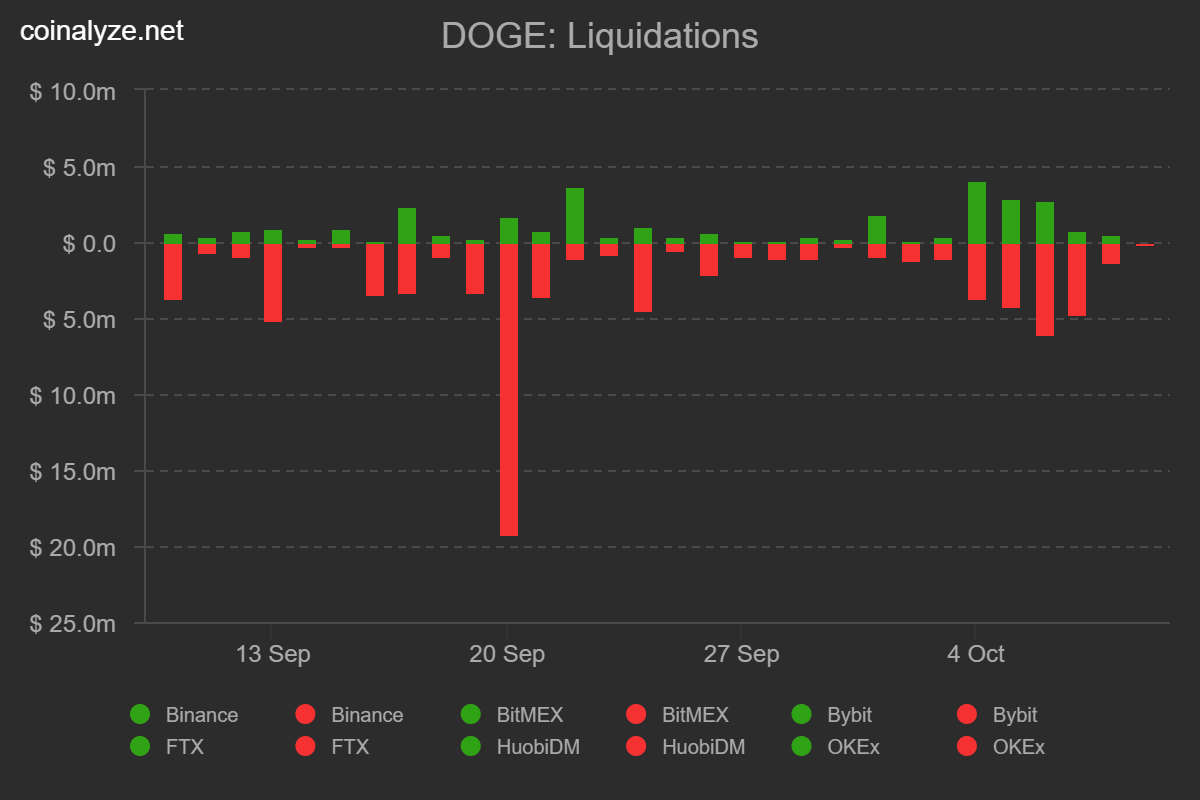 Along with retail investors, big wallets or probably whales too made some significant transactions. About 6.19k transactions, each worth more than $100k were conducted in 48 hours. Cumulatively these were valued at over $21.61 billion.

Mind you, DOGE’s average volume is less than $2 billion on any given day. 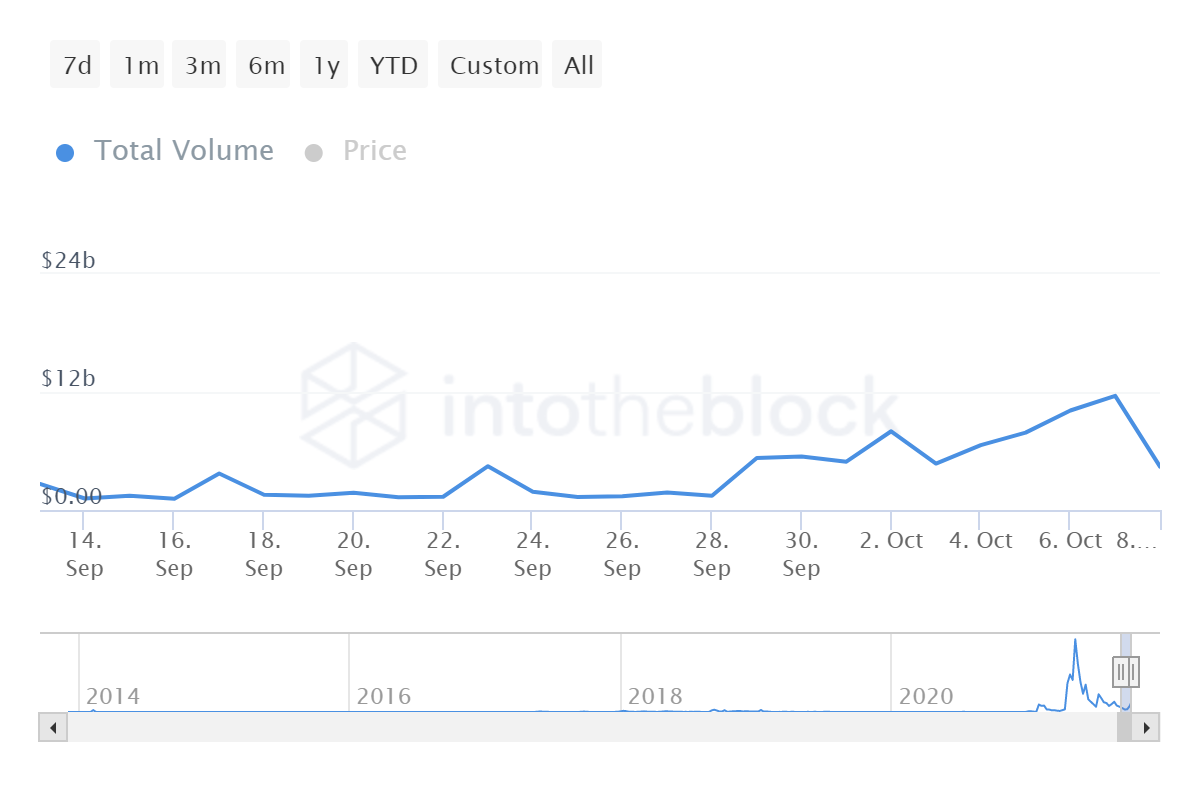 So yes while investors are always jumpy when it came to ups and downs of its brothers and sisters, DOGE showed us that regardless of how its investors behave, it knows how to keep its market stable. Good boy.

Why bulls still hold all the aces in the Ethereum market

Will this trigger an accumulation drive among Bitcoin investors