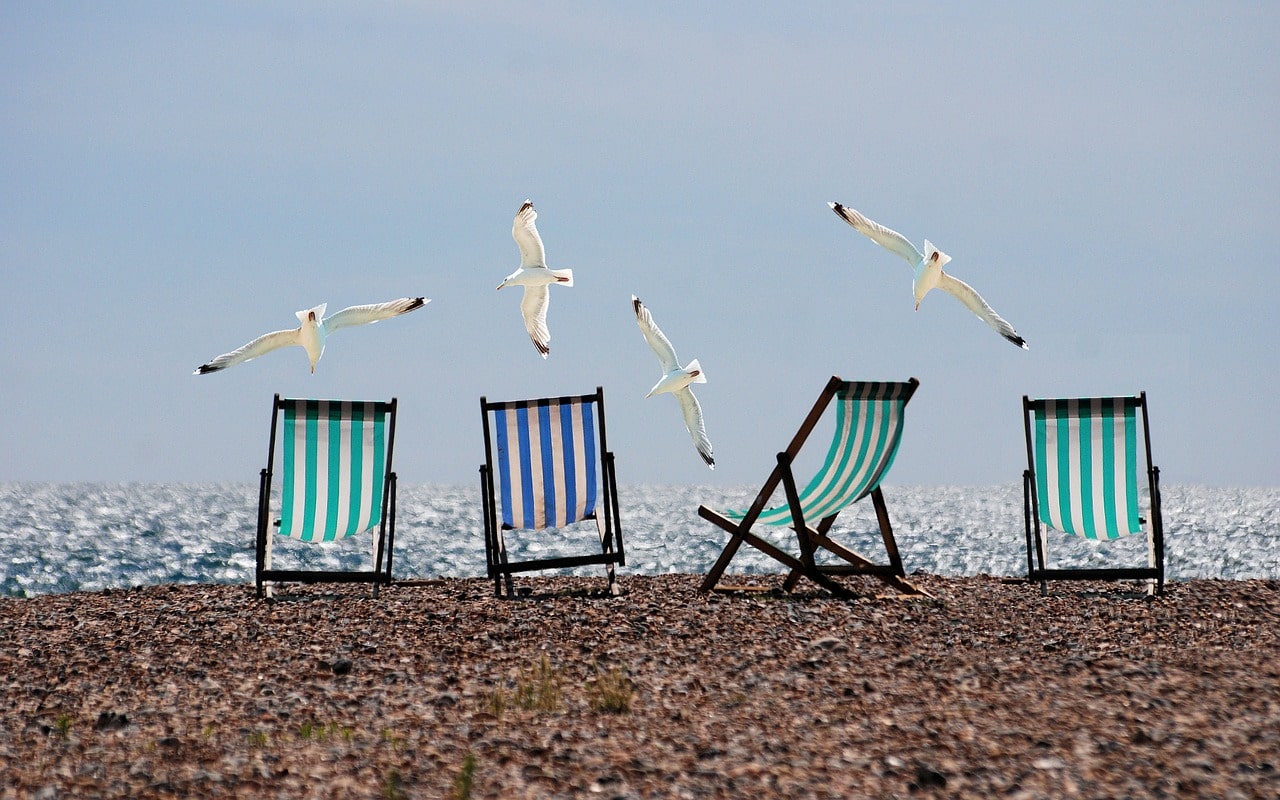 VeChain formed a range after the bullish performance in recent weeks. Chiliz saw massive swings in recent days but long-term traders would look for a climb past $0.6 to signal another leg upward. Ontology formed a bullish pattern and was likely to move to $1.66 once more. 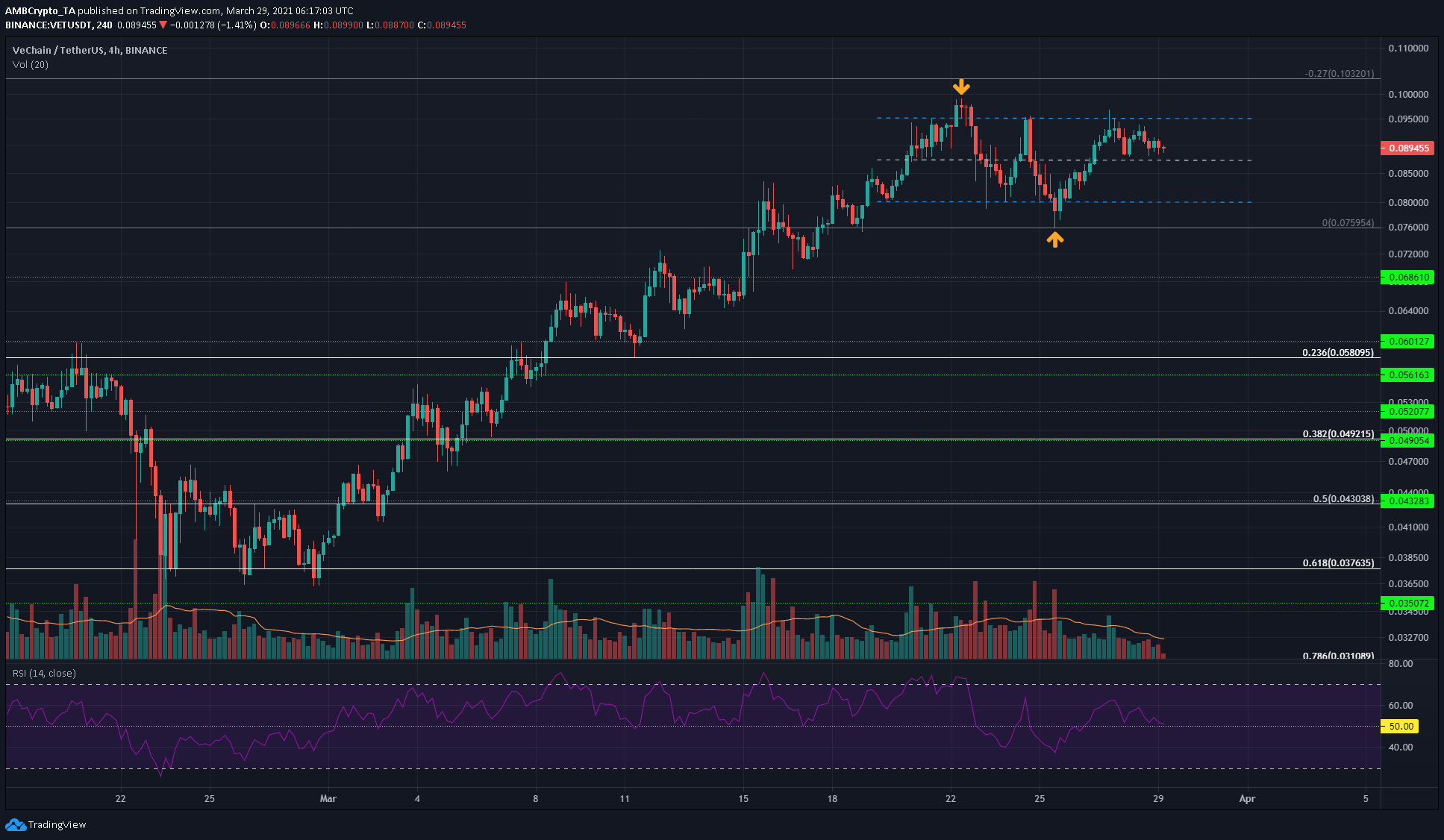 After a strong performance in March, VET was consolidating in a range, whose boundaries lay at $0.08 and $0.093. Marked in orange are the deviations outside the range. 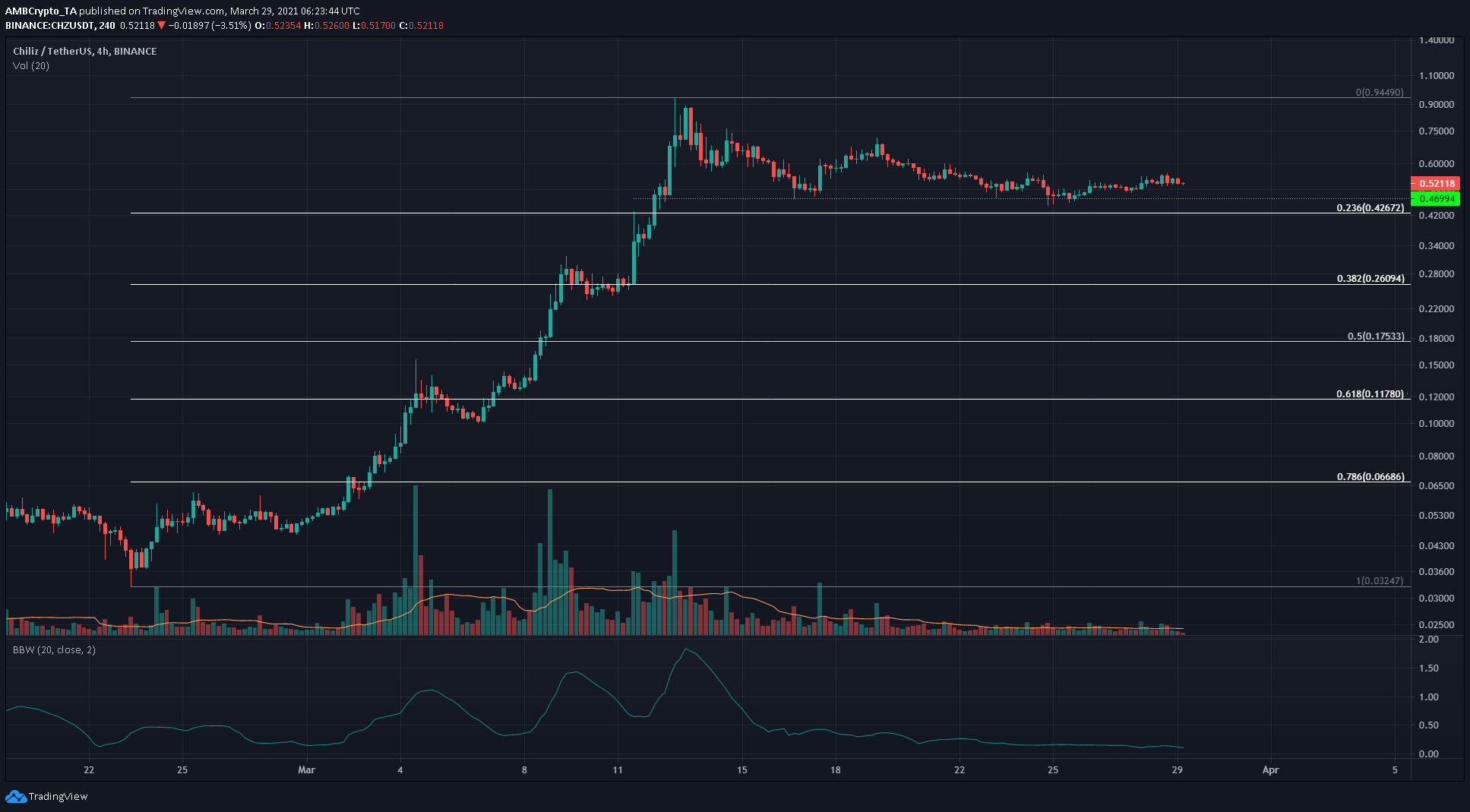 The Bollinger Bands’ width indicator was very low on the charts to show significantly reduced volatility for CHZ on the 4-hour chart compared to its price action in recent weeks. The lower timeframes told a completely different story, as CHZ has made moves amounting to 50% and 30% within the past fortnight alone.

The $0.42-$0.46 region can be used to accumulate CHZ, or a longer-term trader can choose to wait for a deeper retracement. The $0.55-$0.6 has been a region of supply recently, and a breakout past this area can be a buying opportunity. 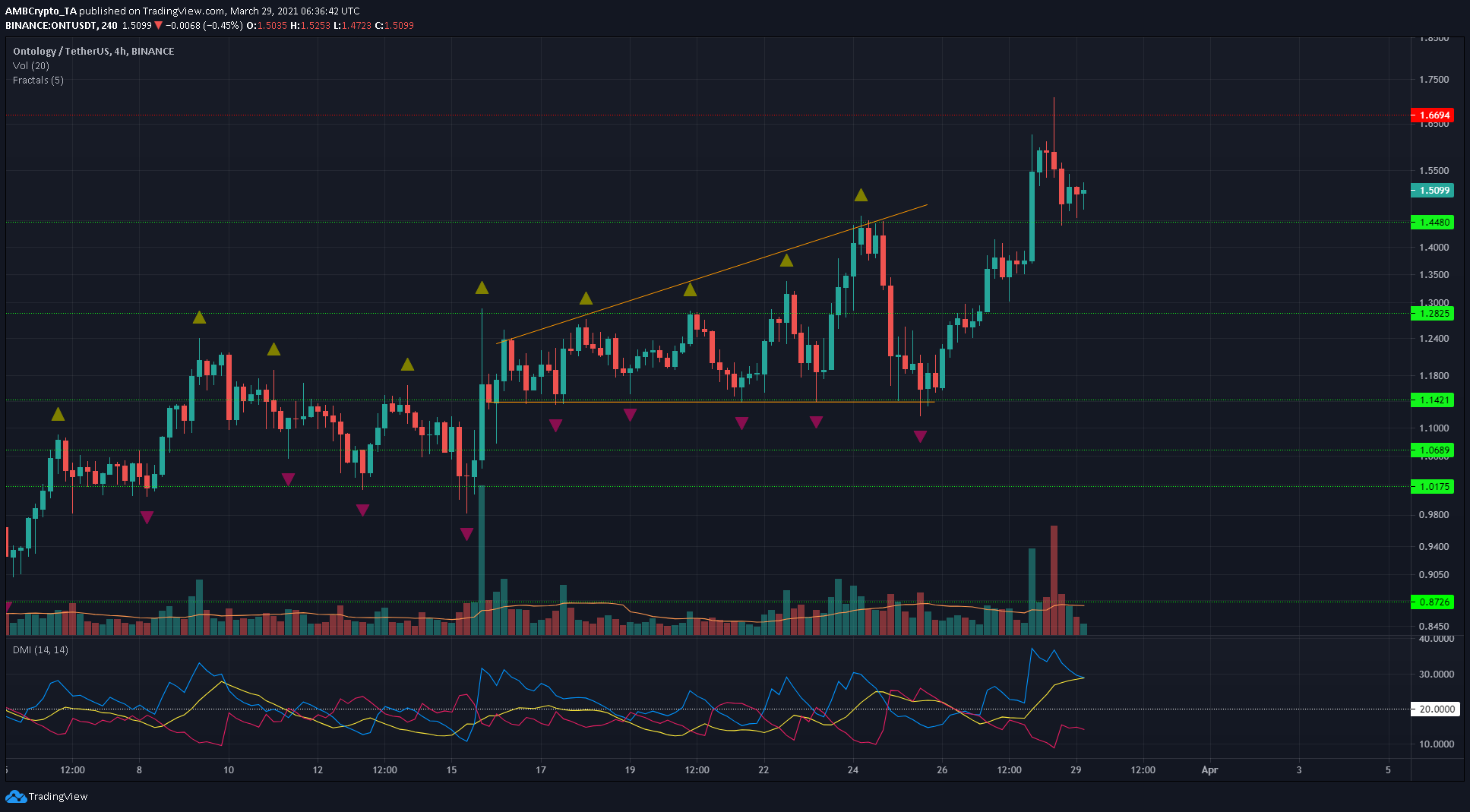 ONT had a clean right-angled, ascending broadening pattern form, and broke out past the $1.44 level and retested the same. This pattern has a projected target of $1.65 following the breakout past $1.44, and it can be seen that there is a level of resistance at $1.66, making it a take-profit level.

At the time of writing, the throwback to $1.44 had already played out- this point was an optimal trade entry. The Directional Movement Index showed a strong upward trend in progress.