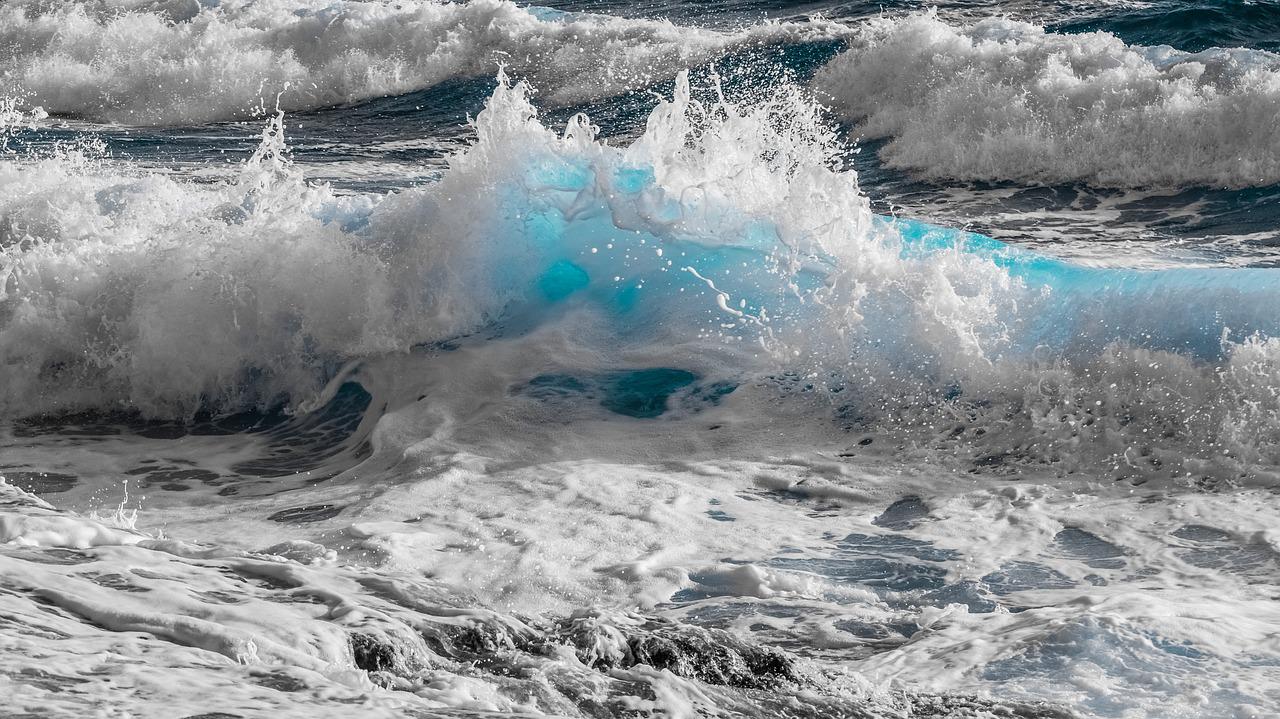 Can the selling pressure undo more of the gains from a week ago, and force Waves further southward to $5? 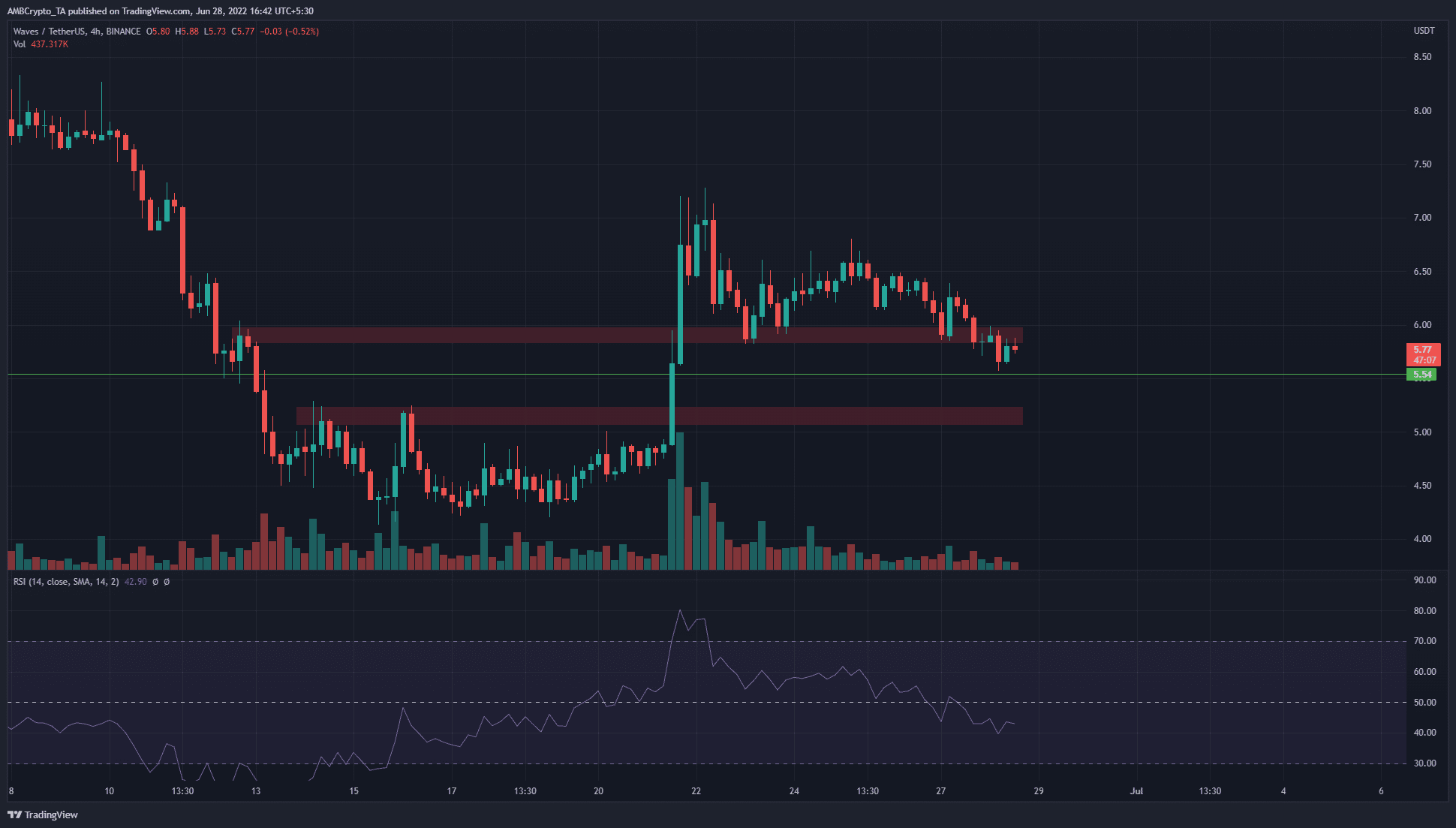 The four-hour chart showed that in the first two weeks of June, the price was in a strong downtrend. The $7.3, $6.5, and $5.9 were a series of lower highs in the downtrend on the chart. In mid-June, the $5.1 area served as resistance and another lower high, but the buyers were able to prevent a move beneath $4.3. Instead, WAVES began to grind its way higher.

In a sudden surge within a matter of hours, the price shot from the $4.5 area to $7 and retraced to $5.9. But, as mentioned before, the price was unable to sustain the strong rally.

The RSI slipped beneath neutral 50 at around the same time the price slipped beneath the $6 area of former demand. This suggested a flip in momentum from bullish to bearish. 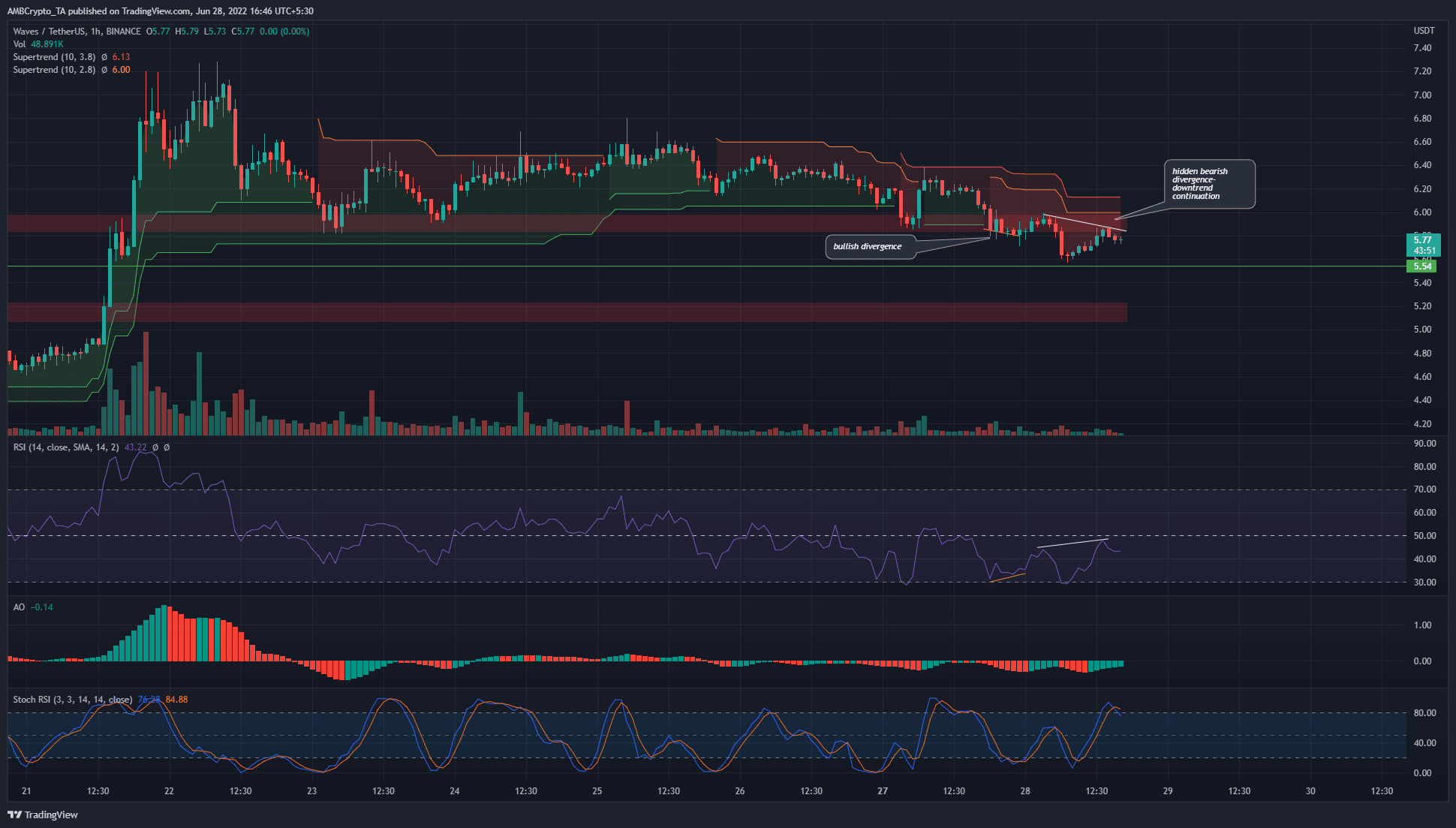 On the one-hour chart, the multiple retests of the $5.9 level can be more clearly seen. In the past few hours, the price was eventually forced to close a session beneath $5.9 and continue lower, nearly as low as the $5.5 support.

More recently, a hidden bearish divergence has developed as well (white). Hidden divergences signal a continuation of the trend. On lower timeframes such as the hourly, the trend has been bearish for a few days now. Therefore, a move downward movement was witnessed. The two Supertrends also gave a sell signal while the Stochastic RSI formed a bearish crossover above the 80 mark.

The indicators showed bearish momentum could continue and gave a sell signal. The price action also suggested that the $5.9 level has been flipped to resistance, and a move toward $5.5 and $5.15 could commence. Selling pressure behind Bitcoin [BTC] could give Waves the bearish push it needed for a leg down on the charts.

With Shibarium on the way, can Shiba Inu still walk the bark