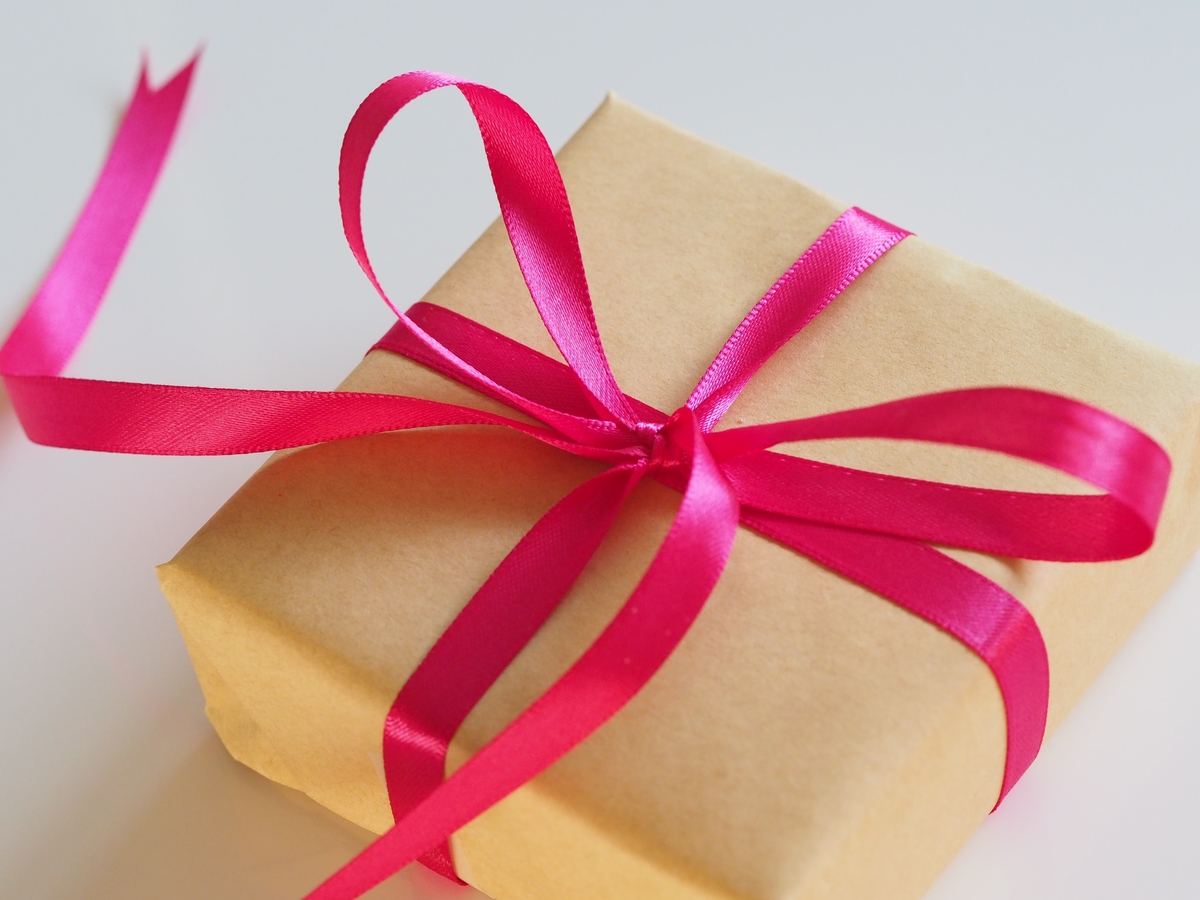 No great mind has ever existed without a touch of madness. Anonymity is the new fame, they say. Nothing ignites curiosity like a pseudonymous luminary with a secret identity. It’s a blessing in disguise. More so, because it helps people feel safe and protected under its veil.

History is full of examples of people who chose the ‘anonymous’ path and yet, gained fame. Satoshi Nakamoto, the apparent creator of Bitcoin, is one such person.

Even though Nakamoto remains a mysterious figure to date, his purpose behind creating Bitcoin has never been a riddle. He devised it with the intention of wresting control of currency from elites and other traditional financial system flag-bearers and putting it in the hands of the common man.

Ten years down the line, Bitcoin and its underlying technology have sort of become outmoded. When compared to other newer networks, Bitcoin’s utility continues to be limited.

Despite the recent Taproot upgrade, some from the space have already started attaching the “slow” and “inefficient” tags to Bitcoin. Well, such people aren’t completely wrong either. Bitcoin noted the aforementioned upgrade after a long four-year gap. And yet, its not-so-high transaction and confirmation speeds continue to act as roadblocks.

Further, unlike other blockchain networks, a host of DeFi services aren’t natively available to Bitcoin network users. Now, it’s a known fact that need is the primary driving force for most new inventions. Even though Nakamoto, with the utmost diligence, pre-planned and programmed things a decade back to cater to future shortcomings of the network, he inadvertently missed out on a few aspects. And, interoperability remains one of them.

Well, there’s no single all-purpose solution that exists for blockchains. Each ecosystem offers distinctions revolving around scalability, privacy, programmability, and security. Even though the diverse needs of users vindicate the variability of individual platforms, from a financial perspective, their inability to communicate with each other acts as a major hindrance.

During the initial days, interoperability across chains wasn’t integrated into the original idea of protocols. Nevertheless, as technology grew, the need for cross-chain solutions arose. In effect, wrapped tokens were introduced to cater to the missing “interoperability” puzzle piece.

Tokens like Wrapped Bitcoin, Wrapped Ethereum, and renFIL have existed in the space for a while, but investors haven’t paid heed to them as such. However, people associated with the DeFi space have reasonably been depending on them.

Before moving on, it’s important to first know what such tokens are.

A wrapped asset is a tokenized version of another crypto to which its value is pegged. The backing asset is put in a vault called a wrapper, hence, they’re referred to as wrapped assets. As such, wrapped tokens usually maintain the same value as the asset it represents.

Each wrapped Bitcoin token, for instance, is backed by 1 BTC. So theoretically, prices for these tokens remain roughly equivalent most of the time.

Well, to some extent, wrapped tokens are similar to stablecoins because they acquire their value from another asset and work according to the same logic. The major difference here is only that the former usually derives its value from fiat currencies, while for the latter, it’s mostly an asset that natively “lives” on another blockchain.

Now, as already highlighted above, the main reason why these tokens were created was to boost interoperability – or the ability of a coin to thrive on a blockchain that didn’t otherwise support it.

So, in a nutshell, tokens are wrapped mainly for the purpose of working on other blockchains.

Ethereum is one of the oldest, yet most-faceted blockchains in the space. In reality, Bitcoin cannot literally jump from its blockchain to Ethereum’s. Thus, the solution to using BTC on ETH’s blockchain was to create an asset on Ethereum, adhering to the ERC-20 standard.

Now, even though investors prefer investing in Ethereum and altcoins to fetch higher returns, it shouldn’t be forgotten that the highest portion of liquidity is still retained by the king, Bitcoin.

Now, on centralized exchanges, the most preferred pair, after stablecoins, remains BTC. While on DEXes, the most common pairs are usually with alts like ETH and SOL. So, the latter category of exchanges inevitably registers a much lower volume, and in turn, ends up facing liquidity crunches. Thus, bridging BTC to other blockchains aids in solving the liquidity problem in the DeFi space.

So now, wrapping tokens on Ethereum is the process of transforming an existing crypto-asset into an ERC-20 token. It is well established that ERC-20 tokens are the most widely used standards for token design. They make sure that the rules of smart contracts remain compatible with dApps, DEXes, and other lending protocols.

As highlighted in a recent article, DEXes have started pulling up their socks and improving their game over the past few weeks. The total trade volume on DEXes has managed to inch higher with time, and wrapped tokens remain one of the main instigators of the same.

WBTC has evidently been able to bring in liquidity from Bitcoin to the Ethereum ecosystem, and recent data from Dune Analytics points so too.

Over time, the monthly WBTC volume on DEXes has witnessed a macro-level rise. Even though the same slightly tumbled post-May’s flash crash, it managed to consistently rise in the July-October period.

November’s levels, until now, seem to be low, but it might soon catch up in the subsequent months.

ETH, being the native currency of Ethereum’s blockchain, was created before the ERC-20 standard was implemented. Thus Ethereum, in itself, isn’t ERC-20 compatible and can’t be exchanged directly for other ERC-20 tokens without mediation. So, instead of implementing two interfaces – one for Ether and another for ERC-20 tokens, developers resorted to wrap Ethereum to upgrade it to the ERC-20 standard.

So now, wrapping Ether facilitates seamless exchange between Ethereum and other ERC-2o tokens. And thus, a host of dApps and DEXes use WETH instead of ETH to foster decentralized P2P trading.

Just like how Bitcoin on Ethereum has its own ERC-20 version, and like how even Filecoin does. In the last quarter of last year, ConsenSys Codefi introduced a DeFi bridge to convert Filecoin’s native FIL tokens to the ERC-20 version using Ren Protocol.

Once on Ethereum, FIL HODLers can essentially deposit their renFIL as collateral in DeFi lending markets and can fetch interest or borrow more FIL against it. At the time of writing, over 122k renFIL tokens had already been issued on Ethereum. 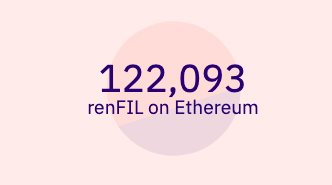 The hunt for yield

DeFi platforms are known to help investors earn passive income. Apart from their original use case, simply owning them fetches HODLers additional yields. Networks like Compound and AAVE precisely do the same.

To some extent, the passive income and additional yield factors have helped in shifting trade volume from CEXes to DEXes. 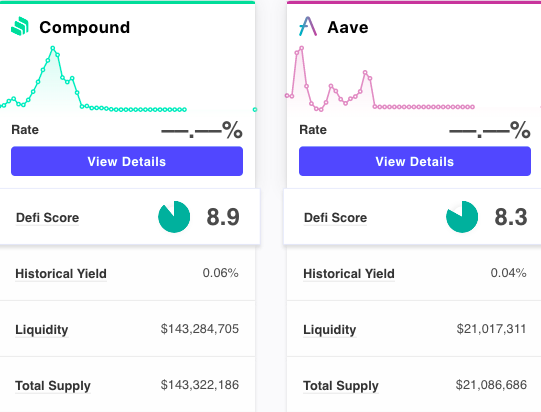 Well, wrapped tokens undeniably come with their own set of positives as highlighted above. Now, despite the glitzy side, there exists another tarnished side to this coin.

When WBTC works on Ethereum, for instance, it loses its own native blockchain support. It has to adhere to different security standards and fee mechanisms. Privacy and decentralization, to a fair extent, also get impeded. Additionally, the wrapped token minting fee, in reality, is quite high.

Additionally, such tokens are also prone to standard obsolesce. In essence, there might come a point in time where the whole ERC-20 standard wouldn’t remain relevant.

Nevertheless, wrapped tokens are a practical and realistic solution for cross-chain communication and interoperability for now. They foster much more accessible and quicker alternatives for transactions when a particular blockchain is experiencing delays.

Thus, only time will be able to tell if the use of wrapped tokens is temporary. New discoveries and inventions keep happening on a regular basis in the crypto-space. In the future, if better solutions are built to facilitate interoperability, then these assets may lose relevance.

However, given the liquidity aspect and how they make life easy in the DeFi space, it’d be fair to expect a few more protocols to launch wrapped versions of their own tokens on Ethereum for the time being.