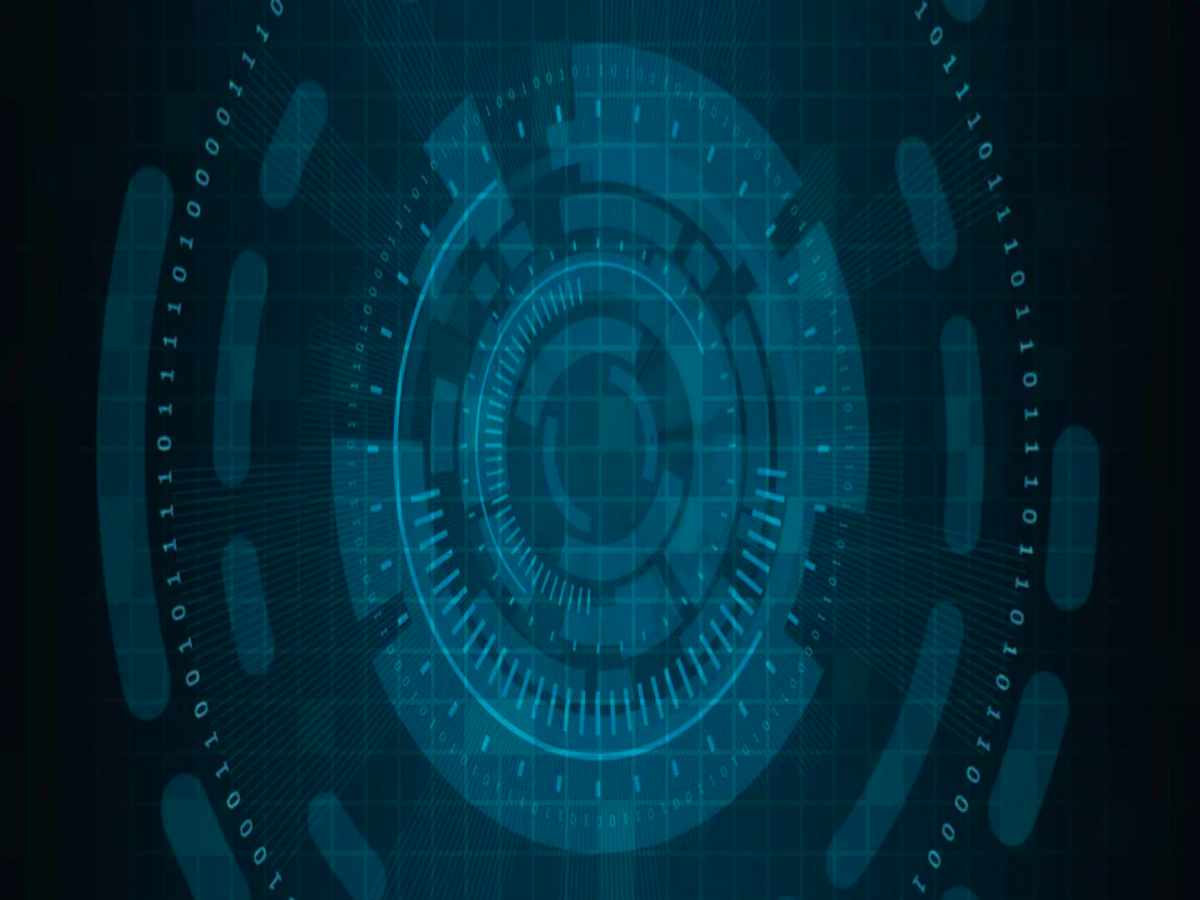 In effect, decentralized exchanges have ended up breaking several records of late. For instance, dYdX recently surpassed the volume of Coinbase by a significant margin. However, as highlighted by a recent article, not all DEXes had been able to live up to expectations and it was just the hype.

It was only after China’s crackdown announcement that this category came alive again. Things have, however, changed since and DEXes have been able to grow organically.

The crypto-space, as a whole, has seen a huge chunk of capital flowing into the ecosystem of late thanks to greater adoption. In retrospect, the monthly cryptocurrency value received by all exchanges recorded a macro level rise, despite slight setbacks here and there.

A recent Chainnalysis report pointed out that even though the monthly increases haven’t been that constant, the value moving into exchanges has been “generally trending upwards.”

However, it is worth noting that the crypto-exchange landscape has become quite competitive and has been consolidating since June. That said, it shouldn’t be forgotten that the latest numbers are way higher than any time in 2020 or earlier. 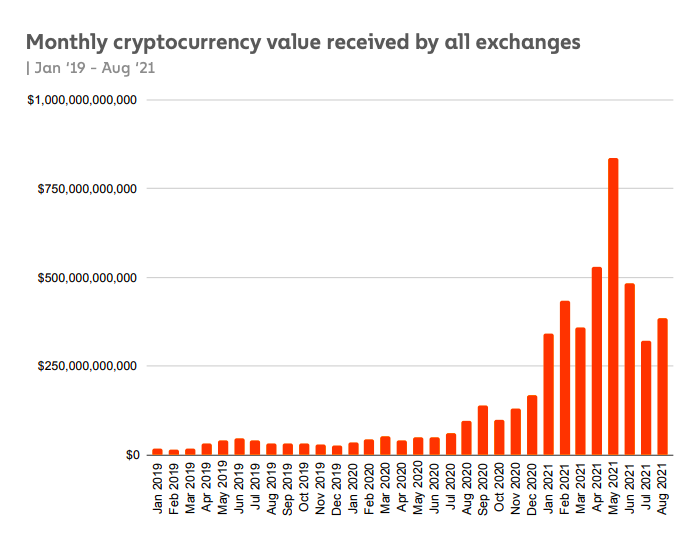 Despite the macro-level rise, the number of active exchanges has, curiously, seen a dip. Decentralized exchanges have, however, stepped up and have been able to make up for the dip.

Change is the only constant

DEXs have quite evidently been able to up their game over the past month. They collectively ended October on a high note. What’s more, decentralized exchanges have successfully been able to carry forward the same legacy into November too.

As can be seen from The Block’s data, the cumulative volume in October was the highest in over 4 months. 14 days into November, the value of the same has already surpassed $36 billion, with Uniswap and Sushiswap leading the way. 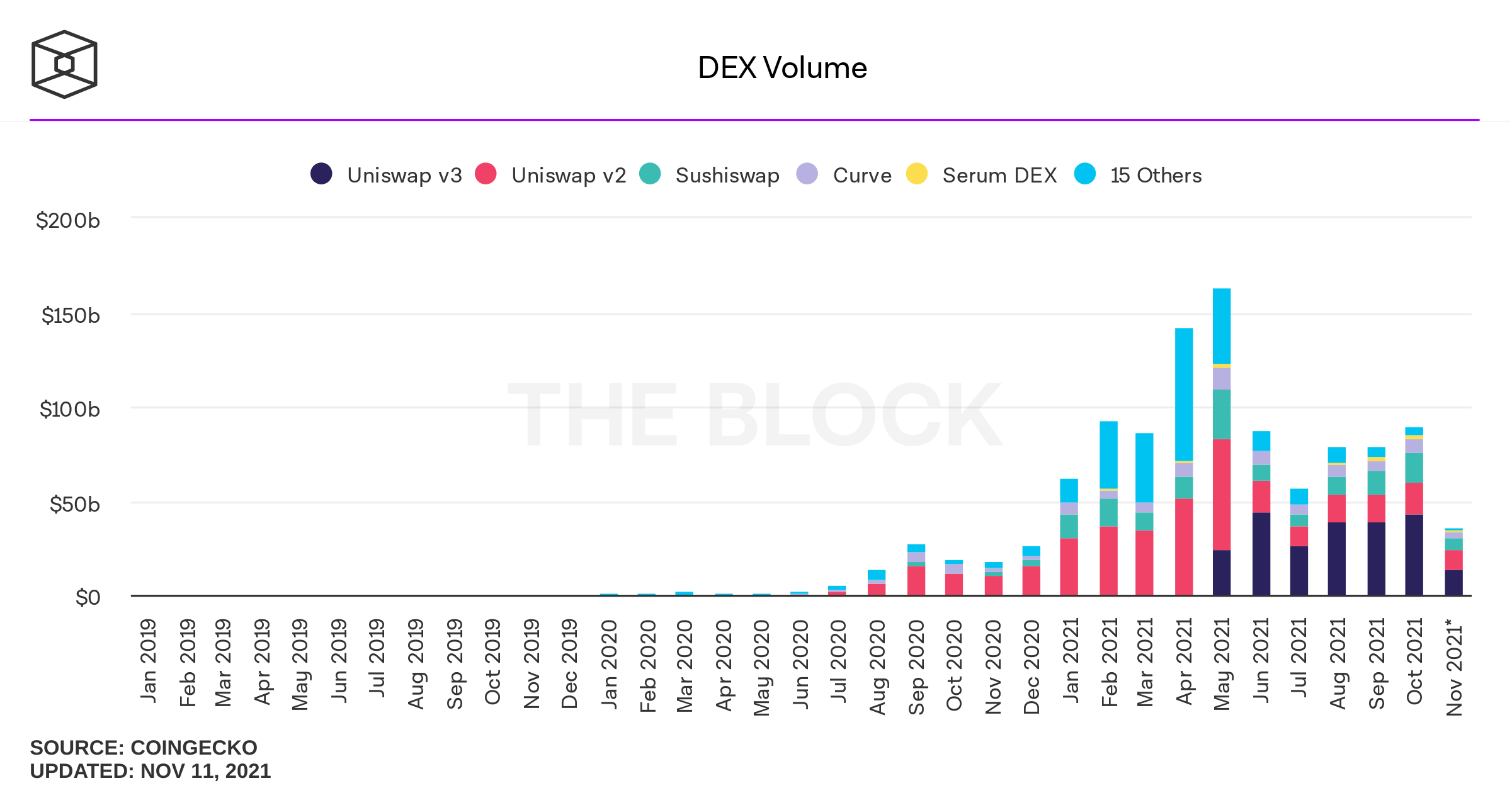 Furthermore, the DEX:CEX spot trade volume also increased from September’s 6.92% to 7.78% in November. These levels are almost at par with what was recorded back in May, indicating that DEXs have indeed started pulling up their socks. 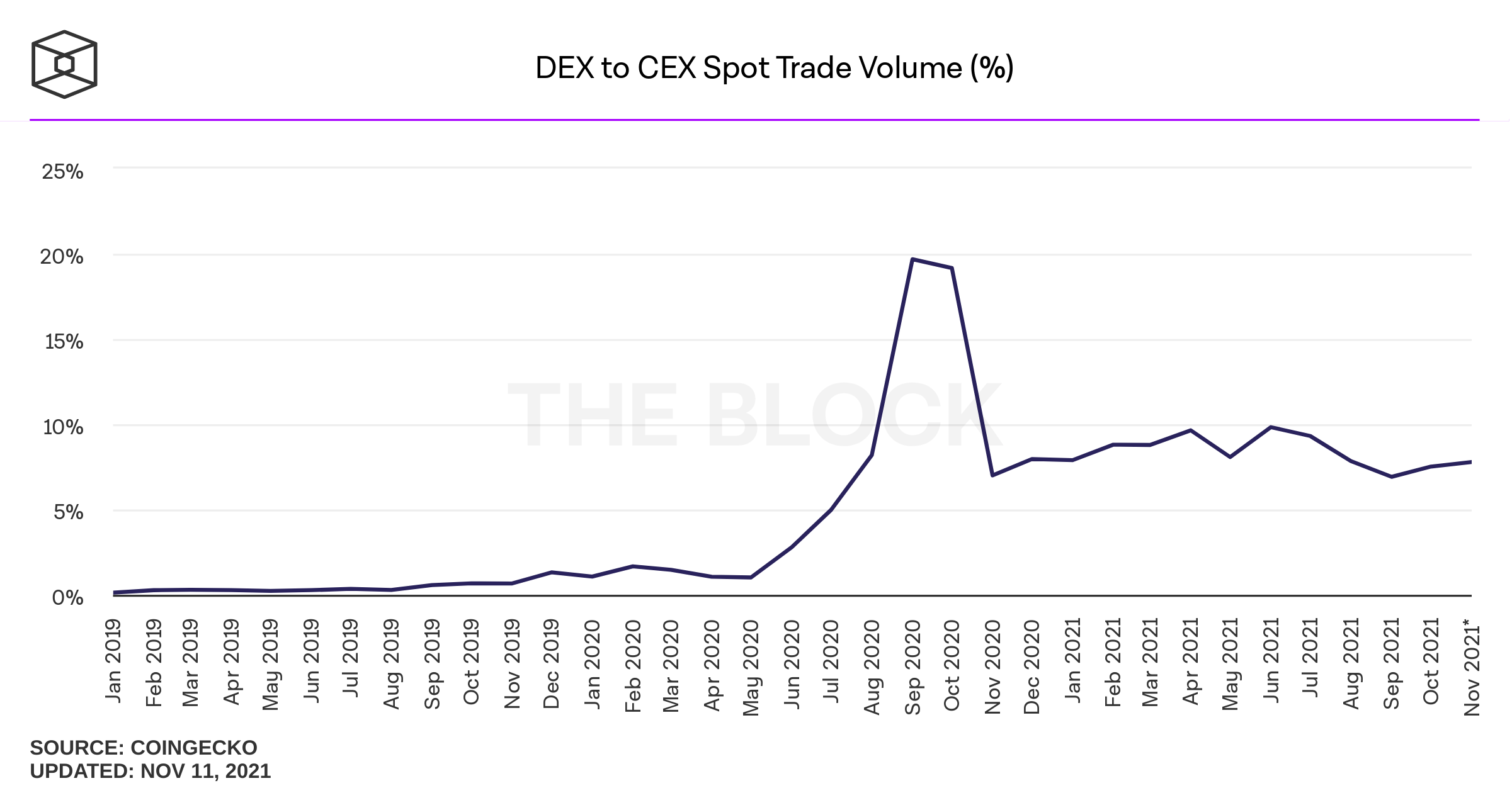 At this stage, it is also important to note that DEX users have been carrying out much larger transactions than centralized exchange users. The average DEX transaction is over $26k worth of crypto versus just $12k for centralized exchanges. Outlining the main reason for such a stark difference, Chainanalysis’ report noted,

“This is likely because DeFi is also more popular in countries with bigger, more established crypto markets, which also tend to be wealthier countries.”

Now, as crypto-adoption grows, most users would acquire their first crypto through CEXs because they’re the easiest services to exchange fiat for different types of cryptos.

However, with time, one can expect a paradigm shift to take place because the sophisticated crowd would end up relying on DEXs more. Additionally, rare coins that fetch investors astronomical returns are listed only on decentralized exchanges. And that gives this category another additional edge over CEXs.

Thus, with the help of innovation and scale, DEXs can get ahead in the race sooner than expected.

Taiwan: New designations for crypto-businesses will have this impact