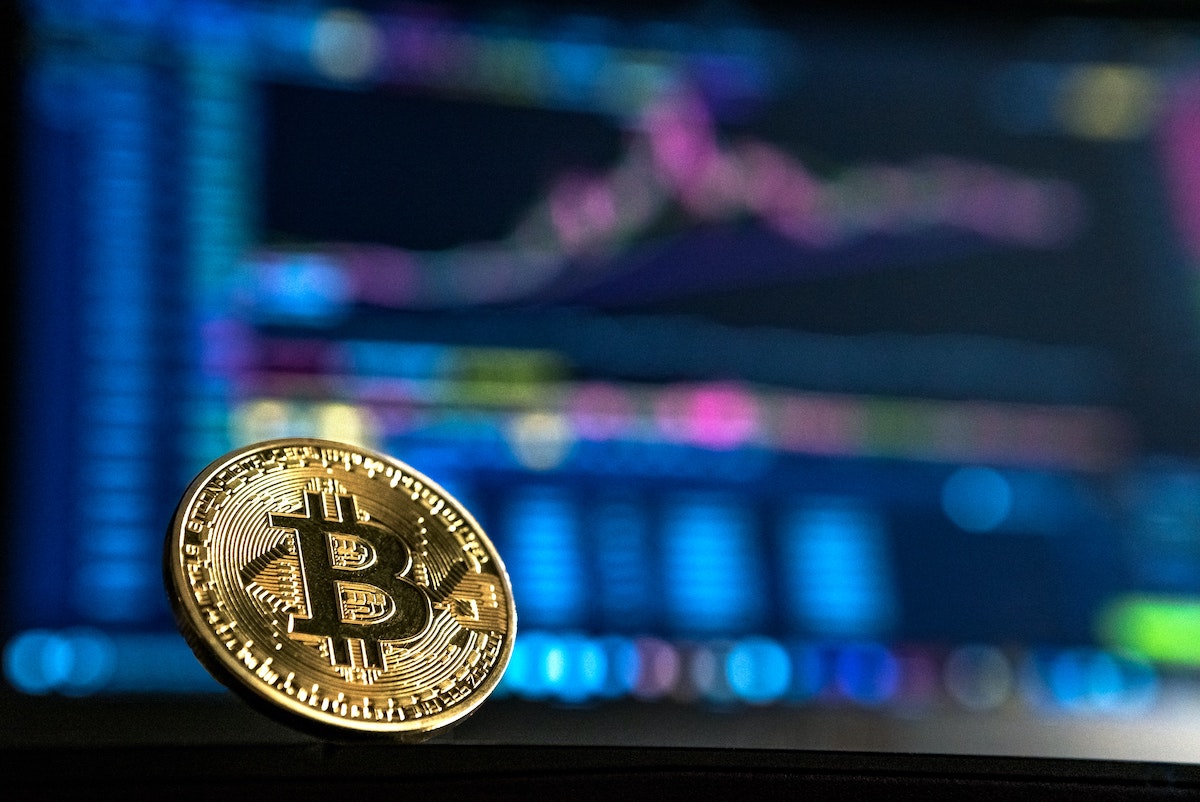 Bitcoin is only 13 years old, but the cryptocurrency has already seen its fair share of bear markets. The largest crypto token witnessed a significant amount of downturns. It saw crashes as deep as 92% in 2011 and about 84 percent back in 2015. But this can now be a thing of the past.

‘It’s now a thing of the past’

Dan Morehead, the CEO of crypto investment firm, Pantera Capital recently published the new edition of the Blockchain Letter. As per the piece, brutal Bitcoin bear markets where BTC plummets over 80% are “now a thing of primordial past,” ergo, future bear markets will be shallower.

Also, Bitcoin has entered the post-halving era. “I believe we are done with the four-year halving cycle – and on to the next price era,” Morehead opined.

Consider the table below. 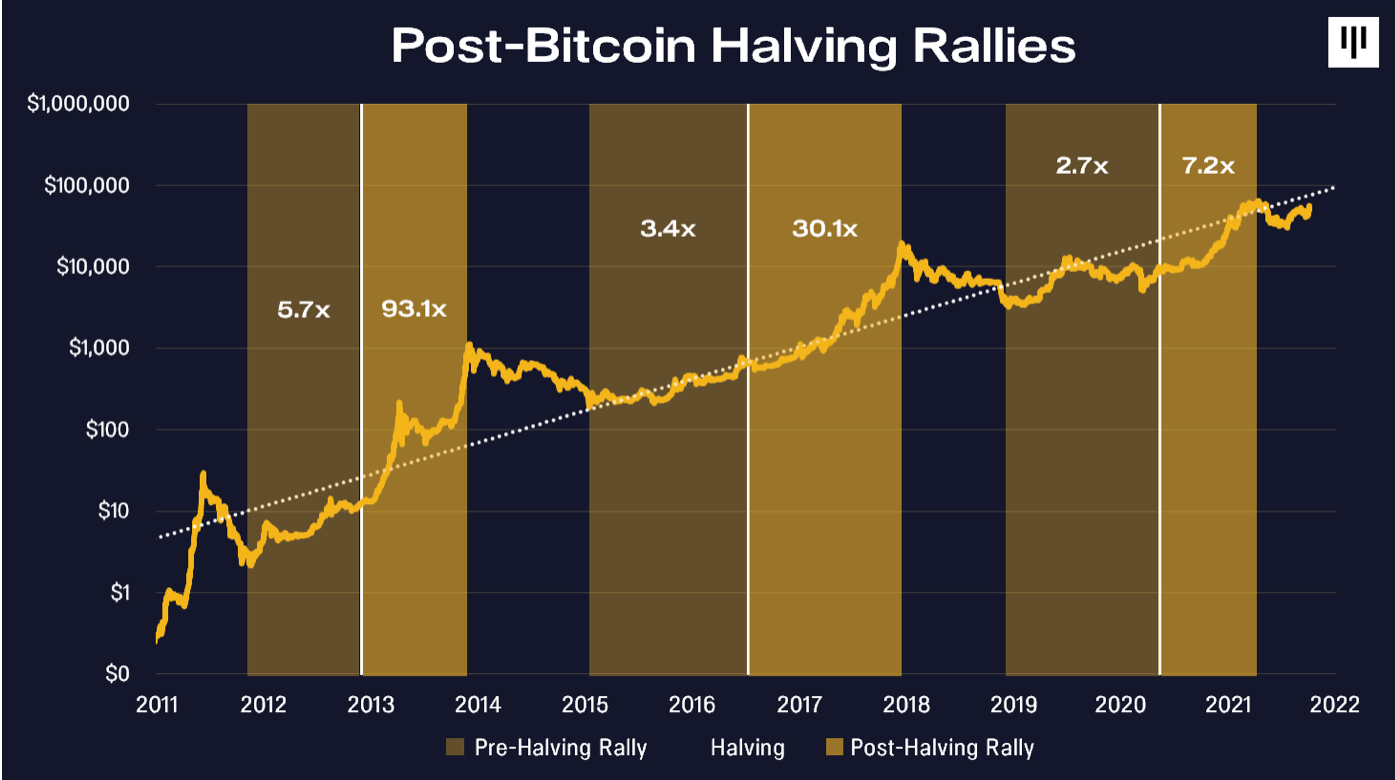 As depicted in this chart, the 4-year halving cycles saw,

“We’ve updated charts we’ve used since 2014 – showing the major bull and bear markets. My sense is that we finished the halving cycle in April. We had a period of temporary insanity – where Chinese mining bans were thought to be negative and a few people had blockchain ESG upside down – and now we’re in a new bull market.”

He also said that he’s always advocated that as the market becomes broader, more valuable, and more institutional – the amplitude of prices swings will become more moderate.

The statistics below further support Morehead’s argument and clearly show that drawdowns have become less and less harsh over the years. 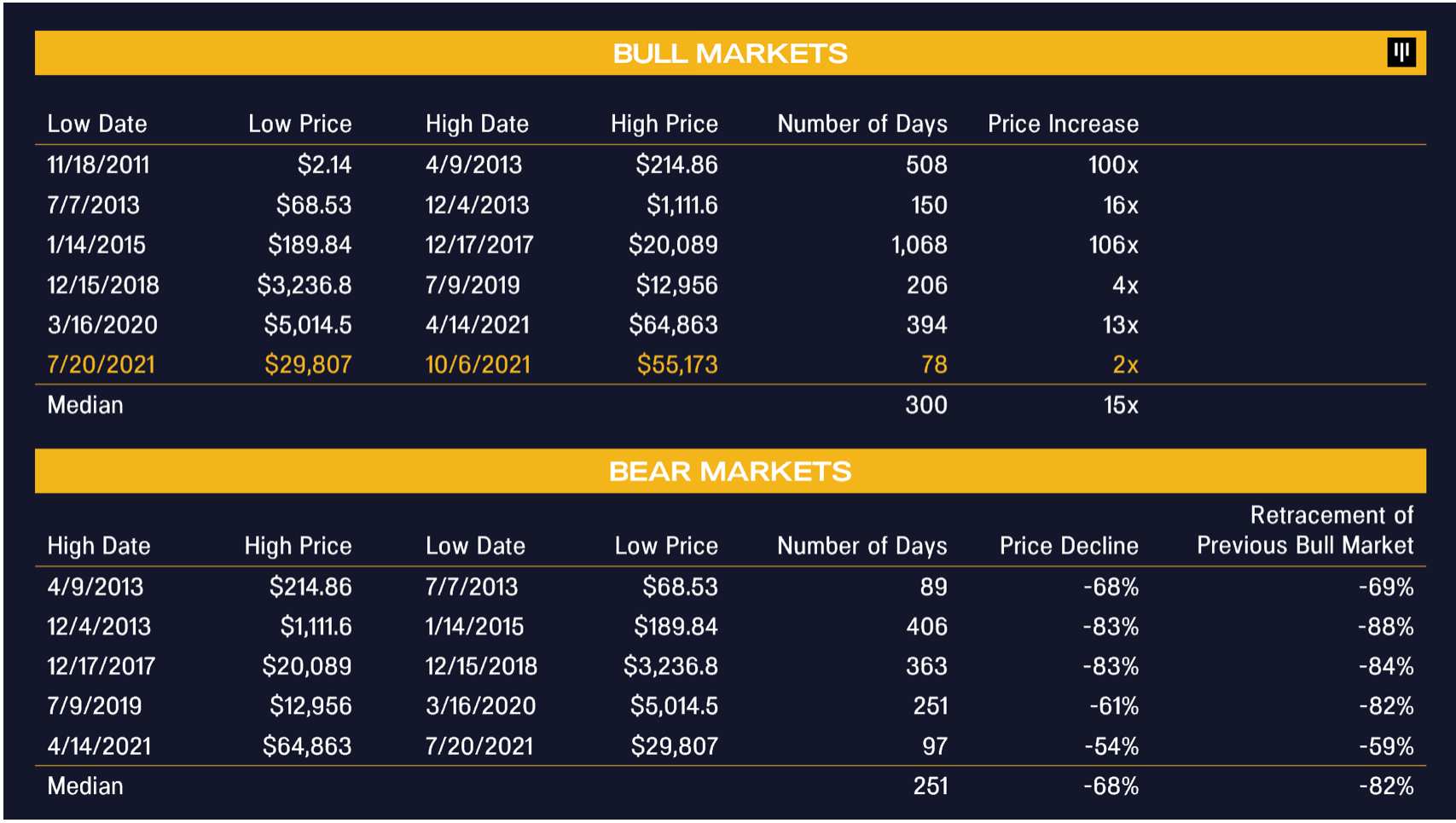 “While we’ve had two down 83% bear markets already, I believe those are a thing of our primordial past. Future bear markets will be shallower. The previous two have been -61% and -54%.”

As can be observed from the graphical illustration attached below, BTC indeed had a wild ride since its inception. A ride filled with major ups and downs. However, this won’t be the case anymore, according to Morehead. 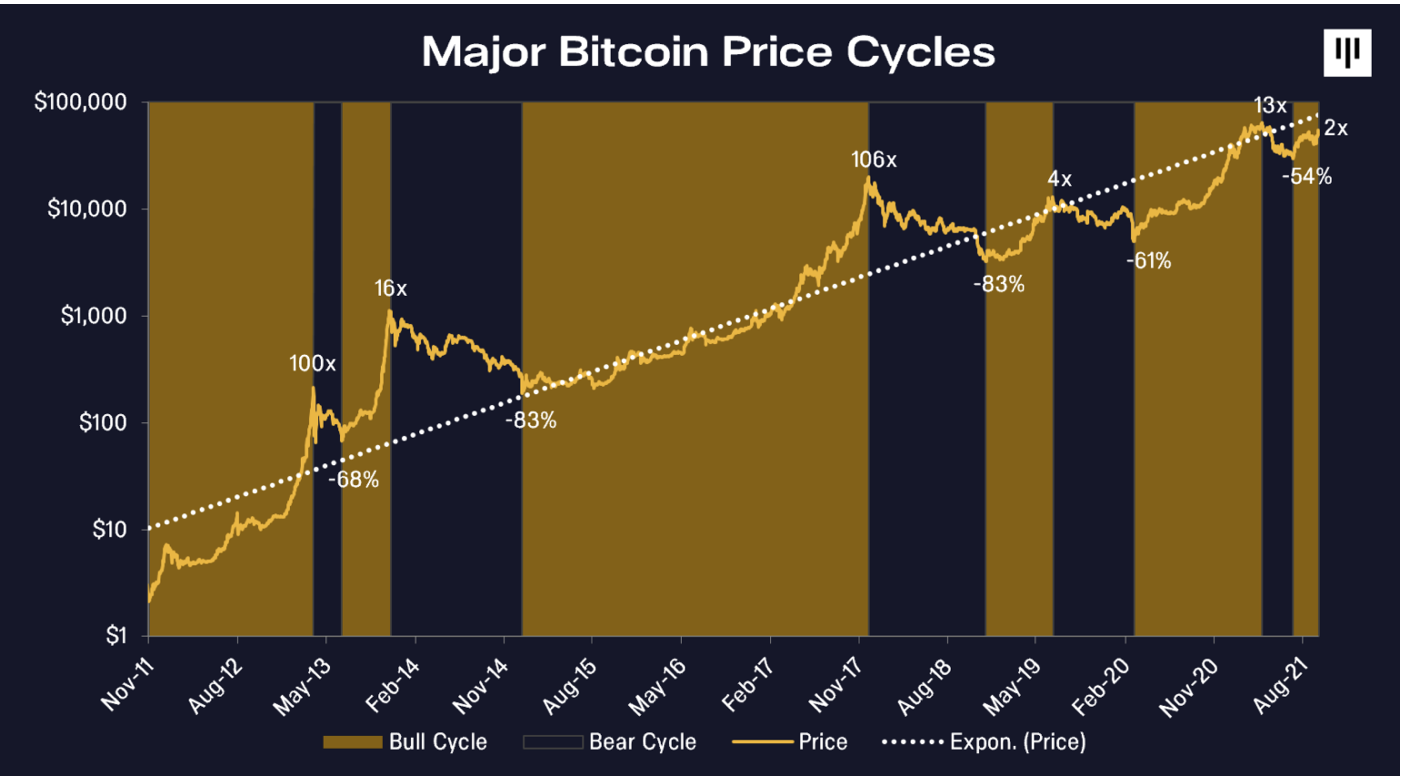 However, having said that, Morehead also mentioned that major bull runs would cease to exist as well.

“Unfortunately, there’s no free lunch. The flipside is we probably won’t see any more of the 100x-in-a-year rallies either.”

Nevertheless, he remained undeterred in his bullish narrative concerning Bitcoin. No wonder he concluded, “There’s an amazing coincidence of the numbers [-82%, -83%, -84%] on here. If it ever hits -83% again, I’m going ALL IN.”

Others within this domain shared different viewpoints concerning the bullish drive for the flagship token.

The impact of Ethereum L2 solution, Optimism’s upgrade, on Arbitrum