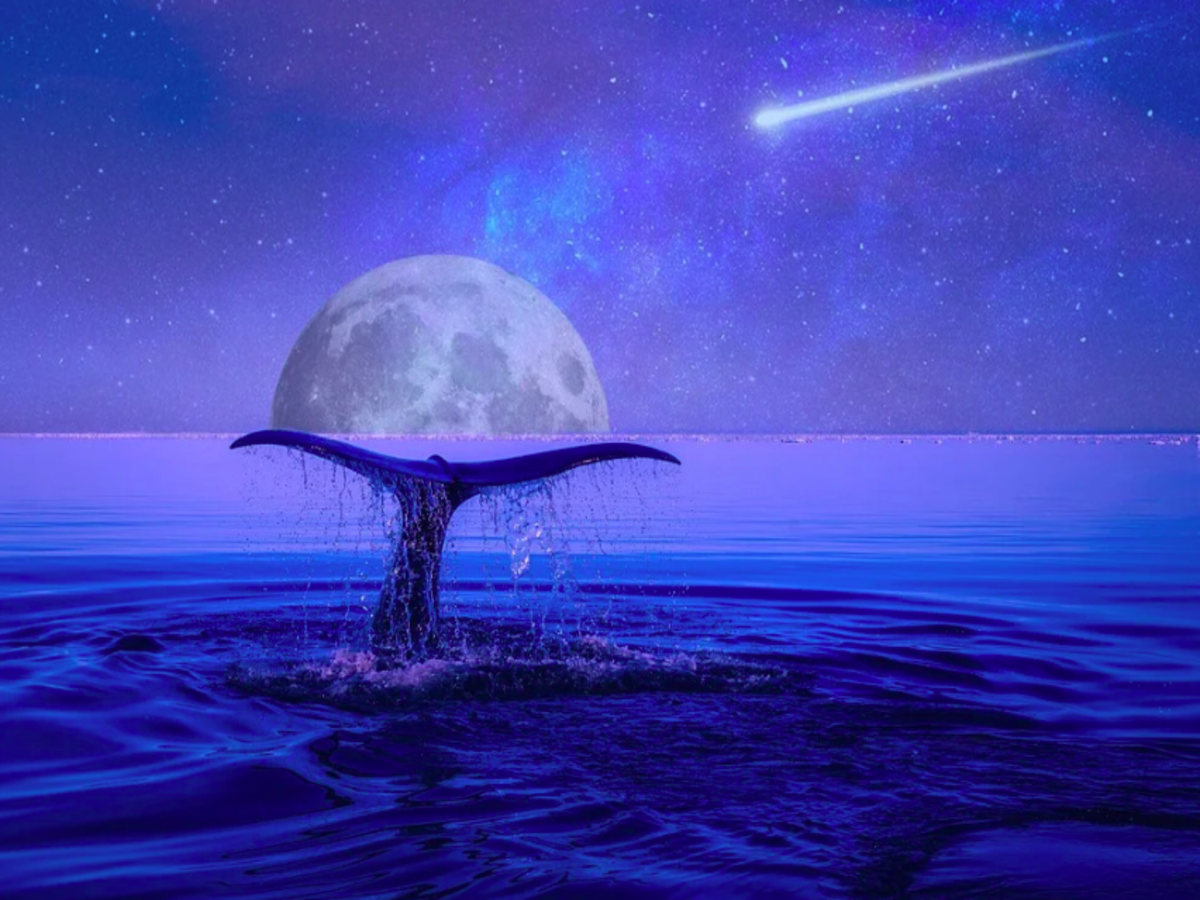 A month ago, when XRP’s price remained stagnant around the $1-mark, people from the space had started equating the crypto to a stablecoin. Post that episode, however, XRP registered a 42% spike on its chart over a 15-day period between 27 October and 10 November.

Micro-trends seldom remain consistent in the crypto-space. Keeping up with that tradition, XRP ended up dipping from its 2-month high level of $1.3, only to record a local low of $1.04 on 16 November. 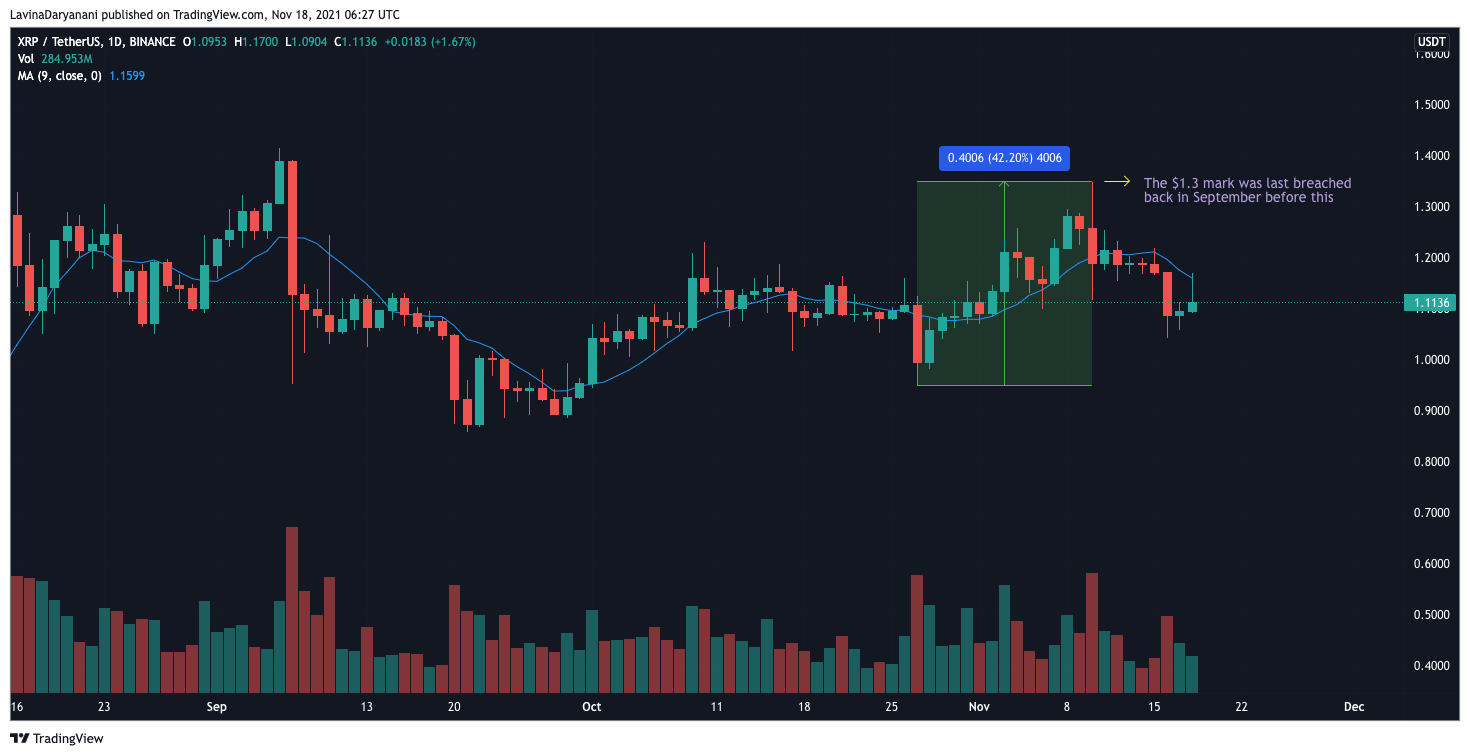 XRP whales, once deemed to be missing from action, have gradually started making their presence felt now. Just a day back, for instance, a particular whale transferred over 12.7 million XRP tokens worth around $14 million from the medium-tier CoinOne exchange to an unknown wallet.

At the time of this analysis, the tokens hadn’t been further moved by the receiving wallet.

Well, XRP’s price has always reacted to whale transfers and this time was no different. The past 28 hours have been quite phenomenal for XRP, with the altcoin appreciating by 10%.

At this point, some may argue that one transfer alone can’t do much and the price pump is merely a passing cloud. Well, in that case, consider this – A whale transferred around $15 million worth of XRP tokens on 25 April this year.

In effect, XRP noted quite a long green candle on 26 April and ended up appreciating by over 36% that day. The uptrend on the charts further continued over the next few days. Thus, something similar can be expected this time around too.

Now, on the whole too, whale transactions have been on the rise since July. Also, a host of prominent spikes have been recorded on the chart of late.

Apart from the organic growth in the number of huge transactions, most of XRP’s metrics pictured bullish signs at the time of writing. Coin age, for starters, has been inclining north for quite some time now. The increasing age is a sign that old coins have started becoming dormant and long-term investors are in accumulation mode.

Now, this sign is quite healthy for XRP’s rally to sustain itself.

The intra-day MVRV ratio has also started hovering in the positive territory of late, making XRP a lucrative investment option at this point. If this metric manages to inch further in the coming days, new participants would automatically be drawn towards this coin.

Furthermore, the intensity of bullishness on the Price DAA Divergence chart has also intensified over the past week. The same underlined the sound state of the daily active addresses and network activity.

While whales might have aided XRP in defying its monotonous downtrend, the positive state of other metrics will help the altcoin continue on its uptrend. Thus, it is just a matter of time before XRP breaches the $1.5-benchmark and inches higher.

Related Topics:XRP whales
Up Next