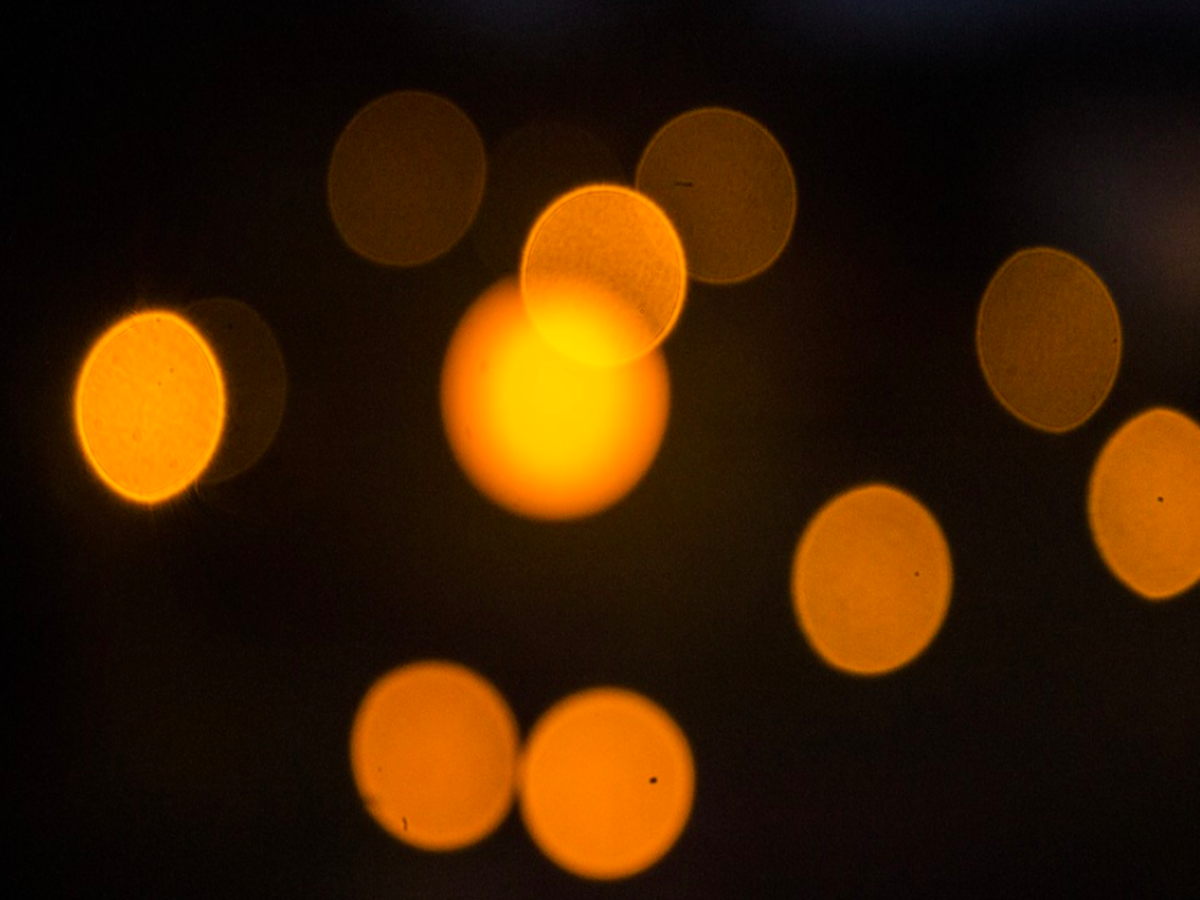 Bitcoin and Litecoin are among the oldest coins with the least “generational gap” that exist in the space at this point. Since inception, their prices have, by and large, been moving hand-in-hand.

Almost a decade down the line and nearly nothing has changed. Consider this – In the period from 29 September until now, BTC’s price has appreciated by over 51% while LTC’s price has rallied by 43%. In fact, their patterns on price chart also reasonably look reasonably similar. 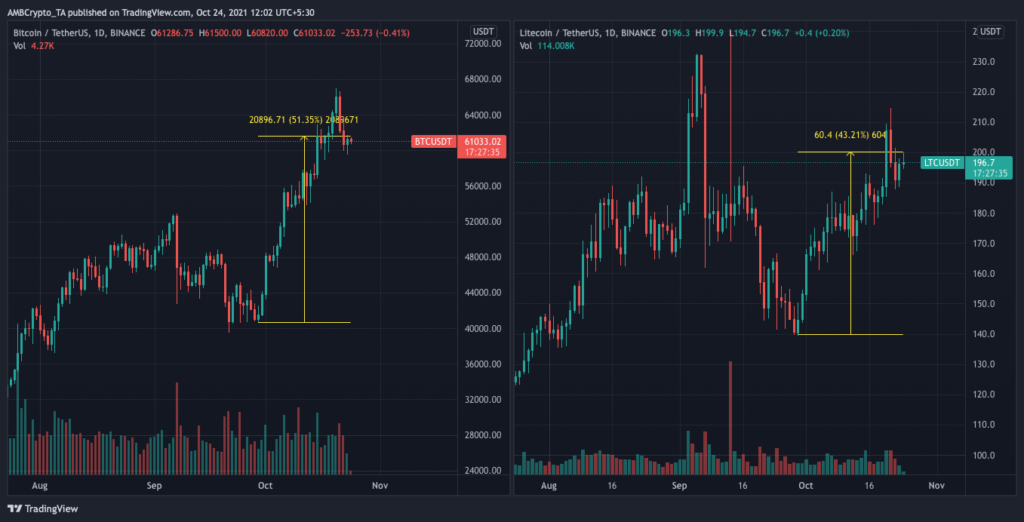 Even so, Bitcoin managed to surpass its ATH a couple of days back, while Litecoin’s current valuation is more or less half of what it was in May. In effect, LTC’s market capitalization shrank down to merely $13.4 billion and the alt ranked 17 on CMC’s chart at the time of writing.

Bitcoin and Litecoin’s on-chain metrics have, however, started projecting fairly distinct trends of late. For instance, over the past three weeks alone, the number of large Litecoin transactions have halved from 7k to almost 3k. In retrospect, the volume also dipped by more than 10 times from its recent September-end peak. 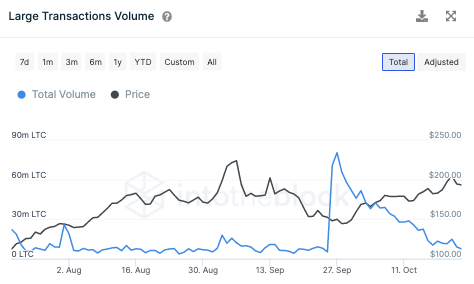 On the contrary, the number of Bitcoin-centric large transactions have substantially risen of late. The same was elaborated upon in a recent article.

The reserve risk projections for both the coins were also slightly district. As such, this indicator is used to assess the confidence of long-term HODLers in comparison to the price of the asset at any point in time.

Whenever confidence is high and price is low, the reserve risk is low – implying there is an attractive risk to reward ratio to invest. Conversely, when the confidence is low and the price is high, then the risk/reward is unattractive and the reading from this metric is usually high.

As can be seen from the chart attached below, LTC’s Reserve Risk is currently hovering in the attractive zone. BTC’s RR, on the other hand, has been treading slightly higher on its chart since the end of September. 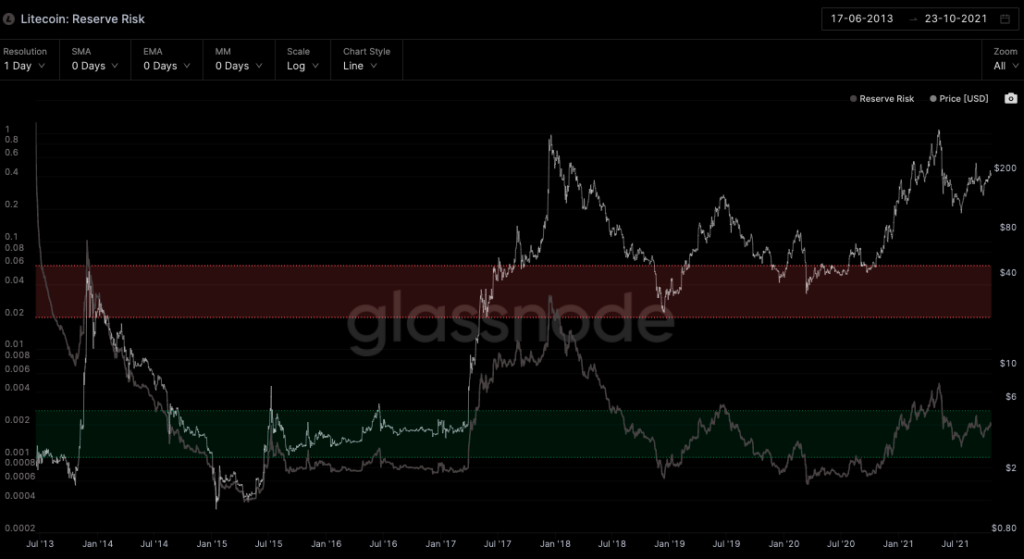 Further, Litecoin’s NVT witnessed an uptick of late, implying that the network value was outpacing the value being transferred on the network. Bitcoin’s network value to transaction ratio was, nevertheless, falling of late. 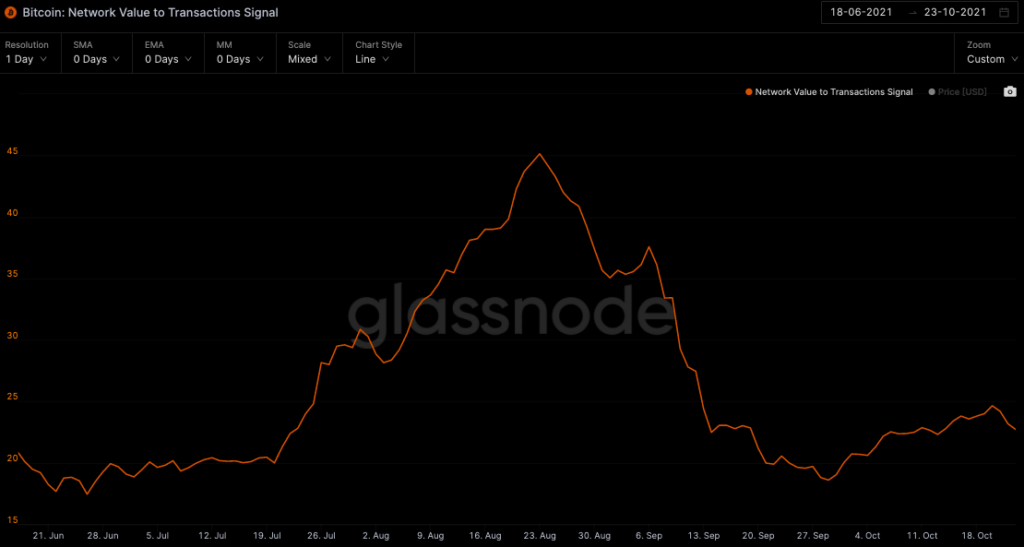 Well, until now, Litecoin seldom tread on a different path from Bitcoin’s. Nevertheless, keeping in mind the non-syncing of the coins’ on-chain metrics, it can be said that LTC has been trying to distance itself from BTC of late.

If the trends manage to diverge even further in the coming days, then the age-old narrative might end up changing. In effect, Litecoin would not necessarily be in a position to benefit from Bitcoin’s forthcoming rallies.