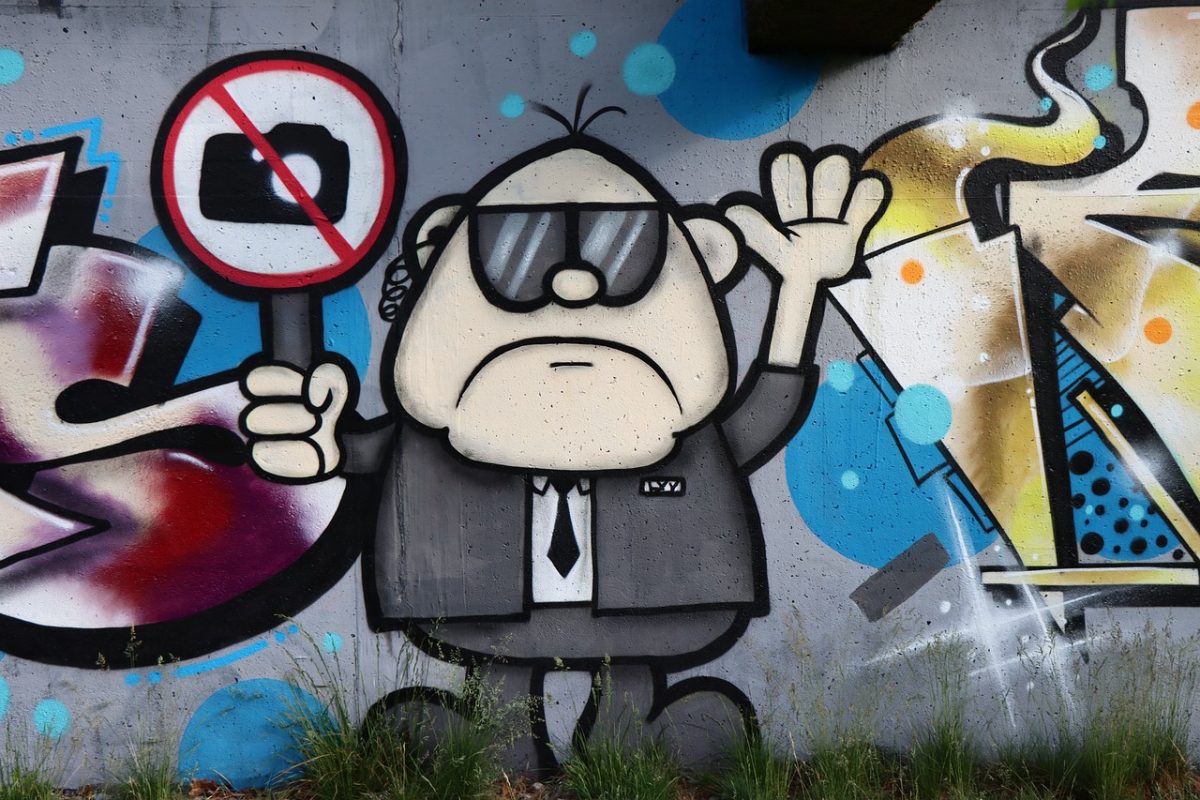 At press time, XRP had lost over 87% of its value since its ATH in January 2018. It has been constrained by trendline resistance over the last two days.

If XRP breaks out and retests the trendline, it could see a price rally in the coming sessions. At the time of writing, XRP was trading at $0.4379.

Could XRP bulls intervene after the death cross? 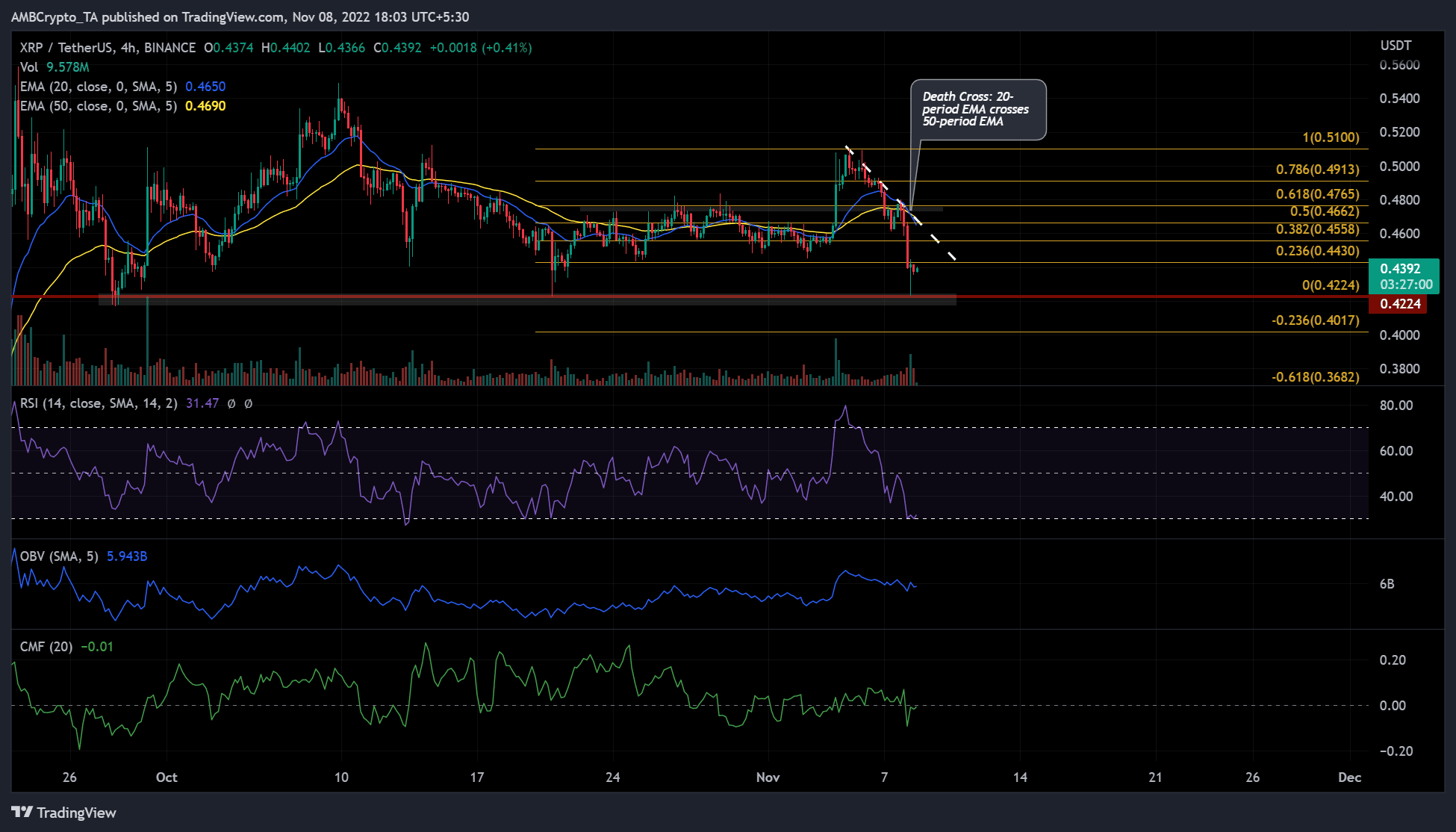 XRP has been trading sideways since the last week of October. A concerted rally in the first week of November was rudely interrupted too, giving sellers a boost. The two-day trendline (white, dashed) has since put the brakes on recent buying rally attempts. A reversal on 5 November intensified selling pressure.

The Death Cross – The short-term EMA crossing the long-term EMA from above – seemed to confirm that sellers continue to have the upper hand.

The Relative Strength Index (RSI) had a reading of 30, with the same almost into the oversold territory. This could signal a possible reversal trend if sellers suffer exhaustion. Correspondingly, the On Balance Volume (OBV) indicated shrinking trading volumes and a reduction in buying pressure. Therefore, there is strong bearish momentum that favors sellers.

Buyers have since found refuge in the $0.4177 – $0.4255 range. This range also contains the zero Fib retracement level at $0.4224 and has been a key support zone in September, October, and November.

A strong bounce from the aforementioned support zone could help test the 0.382 Fib level and the trendline in the next couple of hours or days. As such, buyers must jealously guard the $0.4224-support zone for any possible and convincing bullish breakout.

With the Chaikin Money Flow indicator resting at zero, sellers and buyers have no significant leverage over each other. However, dropping below $0.4224 would set XRP for an extended downside.

XRP investors post losses as the MVRV expands into this range

Since May 2022, the 30-day Market Value to Realized Value (MVRV) ratio has alternated between negative and positive ranges, with the highest positive peaks recorded in September. It revealed that short-term XRP holders have enjoyed gains only in July, September, and October, with gains peaking in September.

Therefore, XRP traders should keep an eye on the sentiment around the asset and on-chain metrics to gain valuable insights on the asset.

As fear around FTX’s solvency stands under suspicion, FTT bears the brunt