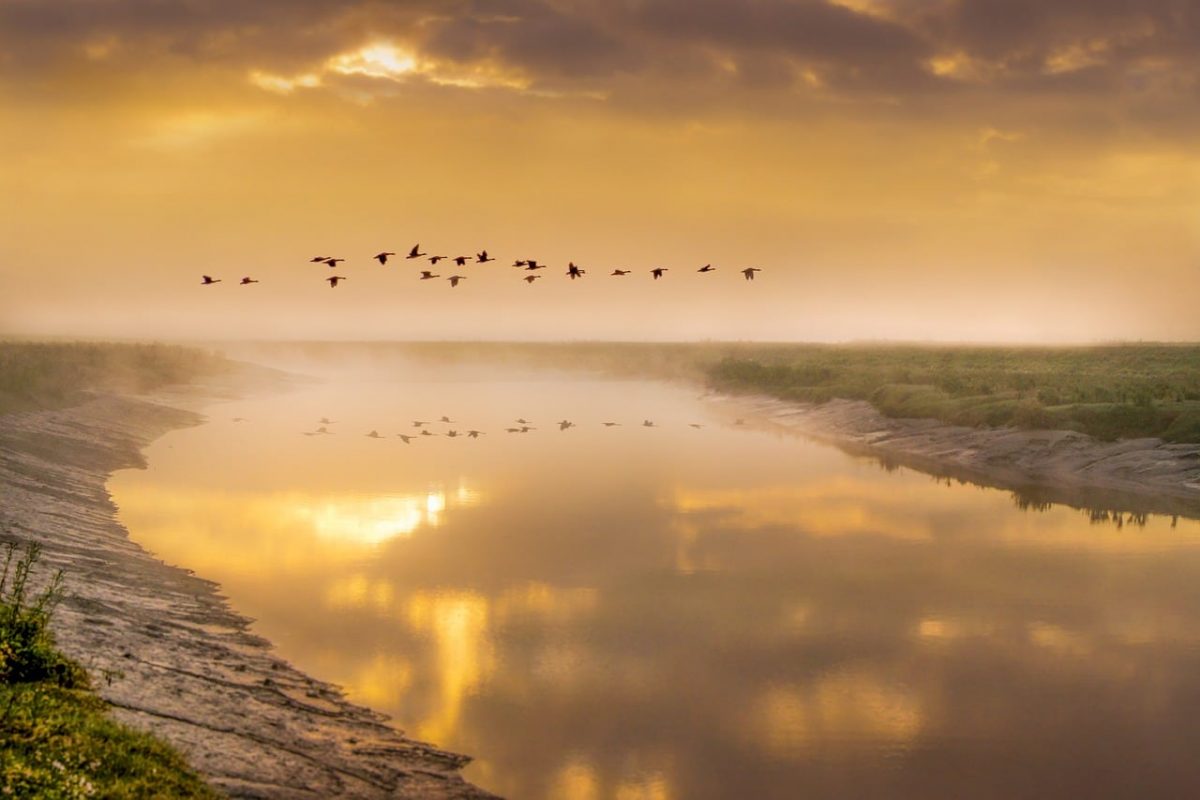 XRP saw positive sentiment in the market in September, but was unable to match that momentum in October. The SEC’s lawsuit against Ripple Labs appeared to lean in favour of the defendants. Coinbase filed an amicus brief in favor of Ripple Labs, Inc. Support gathered for Ripple as CEO Brad Garlinghouse tweeted that multiple entities have submitted amici briefs.

There seemed to be speculation that exchanges that had delisted XRP in the past might be in a position to re-list the coin once more. In turn, speculators might find a reason to flip to bullish on XRP.

Here is why the range highs could offer a shorting opportunity 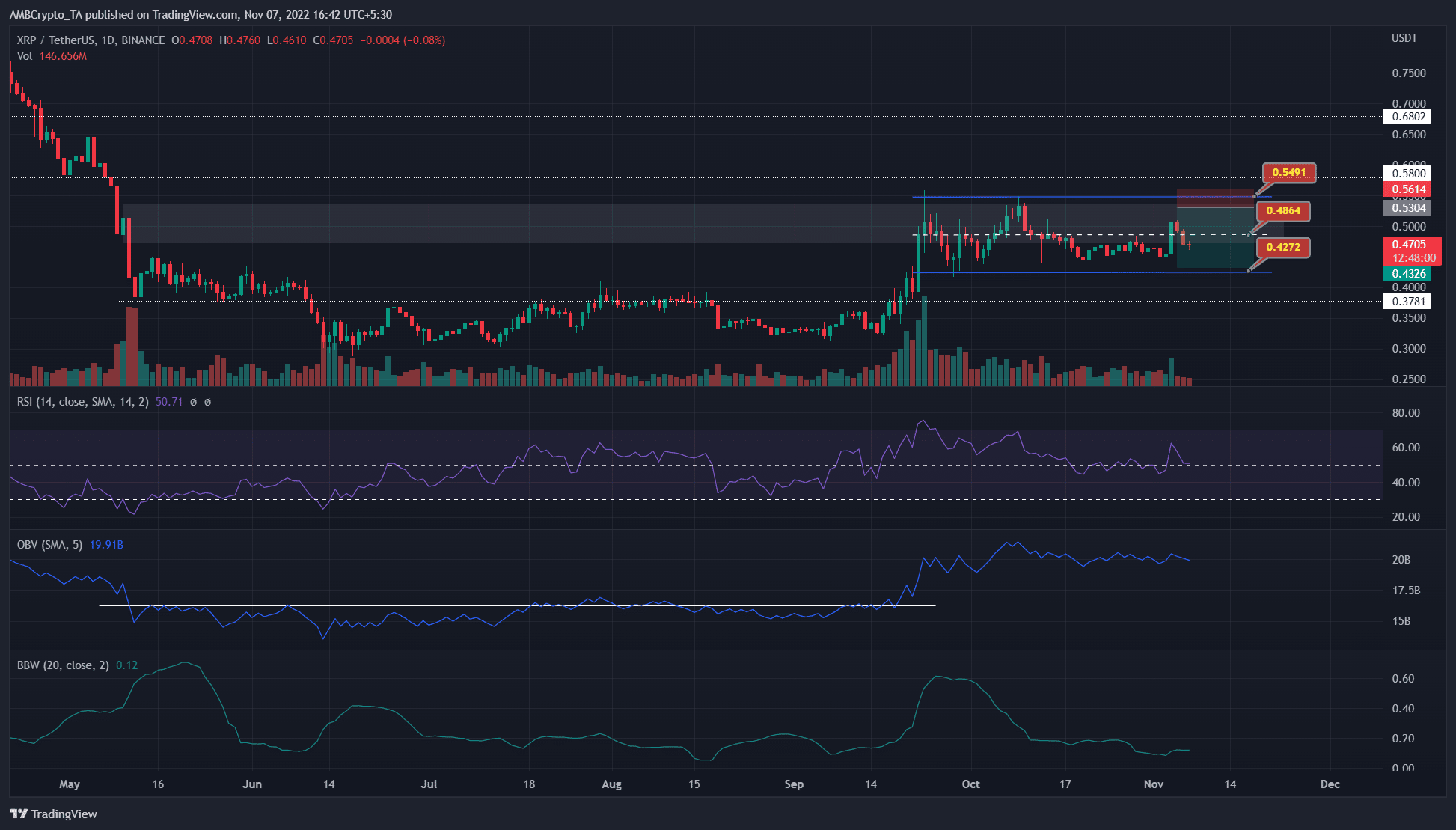 XRP has traded within a range from mid-September. This range (blue) extended from $0.42 to $0.55, with the mid-range value at $0.48. In May, the price saw a brief bounce before continuing its prior downtrend. This bounce formed a bearish order block. Moreover, this region had confluence with the psychological $0.5-level of resistance.

Hence, any bullish advances past $0.5 could be difficult for the bulls to pull off. The OBV saw a breakout past a local resistance (white) in September. The past month saw a flat OBV once more as buying and selling volumes were balanced. The Bollinger Bands width indicator was in decline too. This highlighted the fact that there was lowered volatility seen on the daily timeframe.

Higher timeframe traders can look to buy a revisit to the range lows, and look to short the asset as it approaches $0.55. Invalidation of this idea would be a breakout and retest above $0.55.

The on-chain metrics did not paint a particularly bullish picture for XRP either. The MVRV (365-day) ratio has picked up somewhat from the lows it set in June, however.

Even so, the metric revealed that XRP holders of the past year were at a loss overall. The lows registered in mid-June match the lows set in December 2018 almost exactly. Could this indicate that a long-term bottom has been formed?

The 30-day active address count has been on a decline too. The positive funding rate showed that speculators have been bullishly positioned in recent days.

The last few days have seen XRP bulls face rejection at the $0.5-bearish order block. Coinglass data showed that the past 24 hours saw only 46.7% of the long positions being bullish. A bounce from the mid-range towards $0.54 can be used to secure profits by the bulls and also to assess taking short positions.

Assessing the possibilities of MATIC sustaining its latest price pump