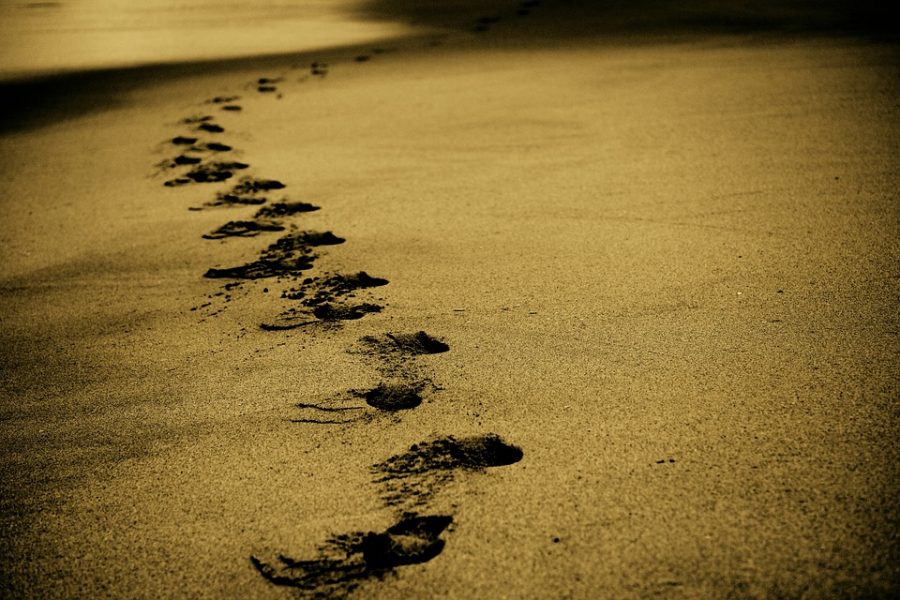 Bitcoin, which was cruising toward an ATH the previous month, is currently undergoing a streak of corrections and consolidation. At the time of writing, it was at the $35k mark, although struggling to maintain firm footing at the price level. What is on everyone’s mind is: how long will this phase last? and what price levels should the coin maintain.

Is there a price level that the world’s largest cryptocurrency needs to maintain to avoid a surging bearish price action – a crucial line in the sand? This was the topic of discussion by Decentrader analysis. 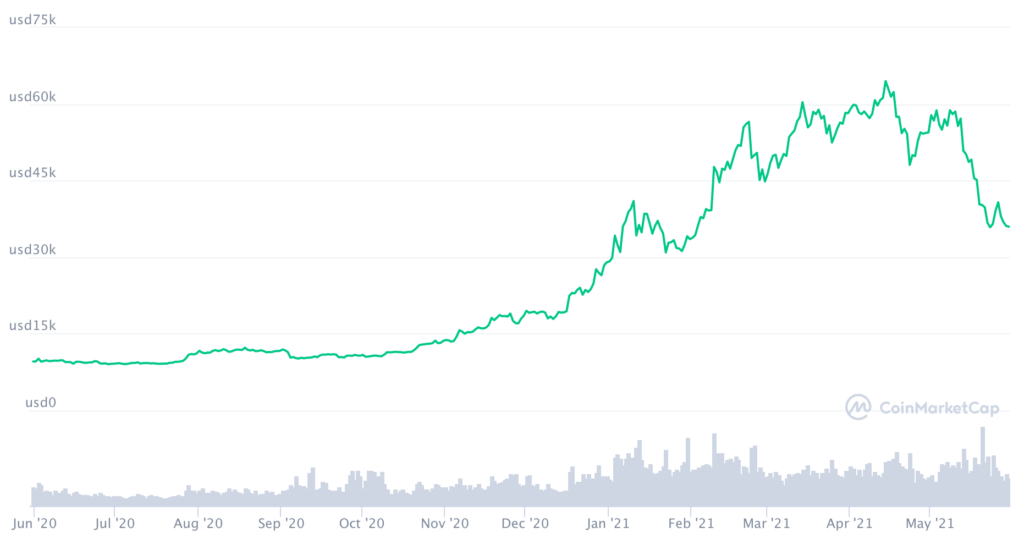 According to FilbFilb, co-founder of Decentrader:

“Bitcoin’s Bounce from the 61.8% bull market retracement which briefly saw a retest of $30k has been muted by the 200 Day Moving Average (DMA) around $40k this week.” 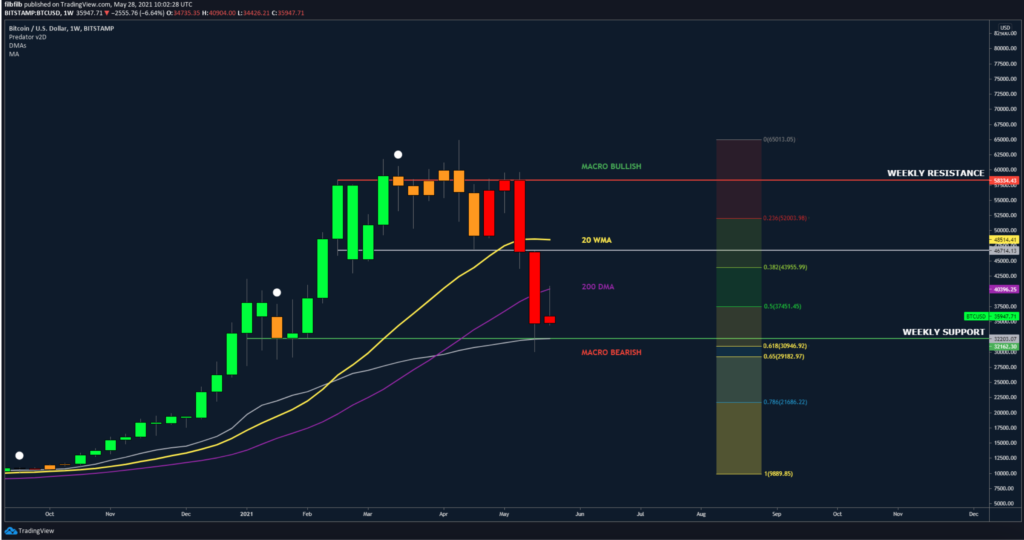 If Bitcoin reaches the $30 k level, 20 WMA could become a resistance zone in any attempt to progress further. The analyst further added:

“A drop lower would likely make the low $20s or the 78.6% retracement a likely target. As such, price action over the next week particularly important.”

The analyst further highlighted the following paths which the coin could trace. Currently, BTC needs to retrace and hold on to the $37.5k price level to keep away from “retest of weekly support.”

Here’s what the analysts stated:

“The Point of Control (POC) of the selloff to $30k has lost meaning, $37.5k level needs to be reclaimed relatively quickly to avoid a retest of weekly support. The 61.8% retracement at $34.5k needs to hold as support on lower timeframes.”

If successful in the aforementioned task and break above the $40k price level, filbfilb stated:

“previous support/resistance at $45.5-46.5k can be expected to be resistance, with the 20 WMA potentially being front-run.”

“For now, eyes are on Bitcoin to see if the lows can be held going into the weekend, with particular attention being around the 200 DMA which is currently the line in the sand for the bulls.”

MATIC and CHAINLINK exhibit this unique ability in the current market

This is a bitcoin hindrance that could ‘surprise people later’