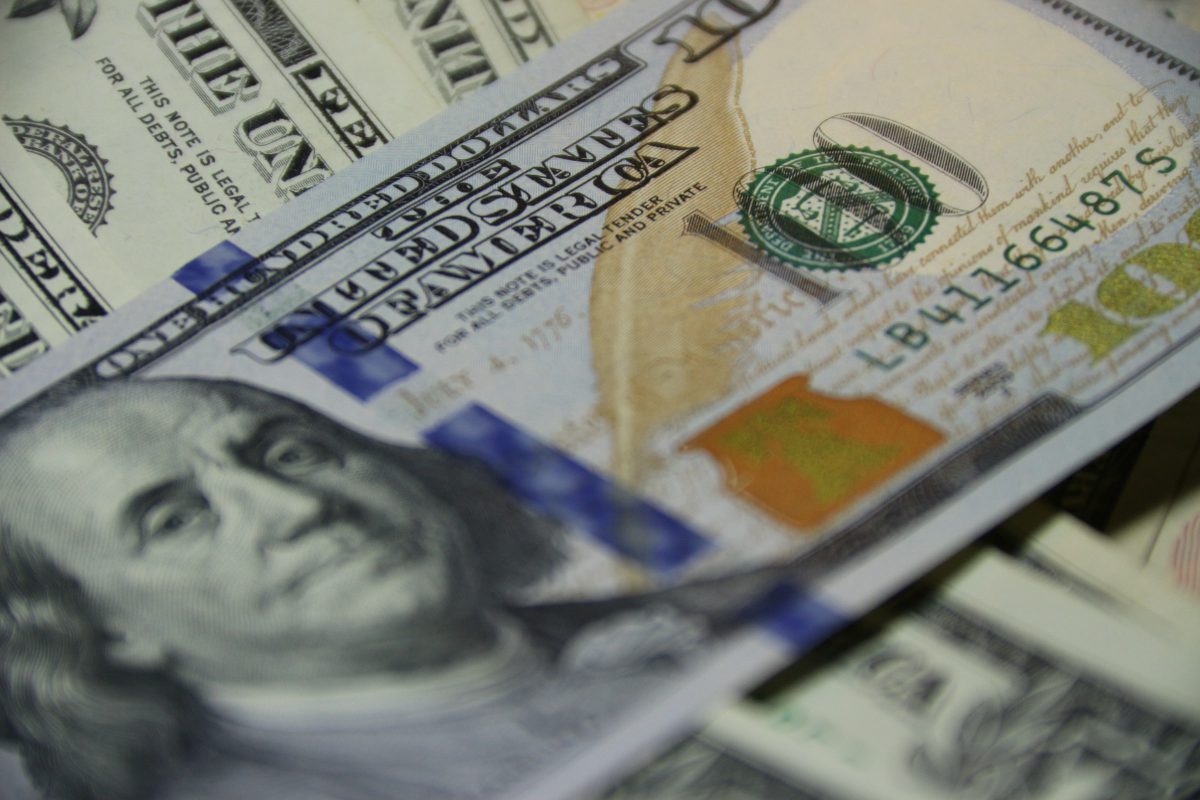 Tether’s market capitalization has mushroomed from $2 billion in February 2019 to $20 billion, at the time of writing. What went behind this 10x growth varies across a host of factors, namely, the increase in OI and trade volume in Bitcoin and the rise of DeFi. It is a story within which several other stories are nestled, and nearly all of the market’s top-30 cryptocurrencies feature in it.

Though Tether’s supply mechanism makes it hard to differentiate between USD or any other fiat currency and Tether, its impact on Bitcoin’s price is profound. Back in September 2020, when Bitcoin’s reserves were dwindling, it was the same way for Tether. Tether reserves on exchanges dropped and a supply shortage emerged. 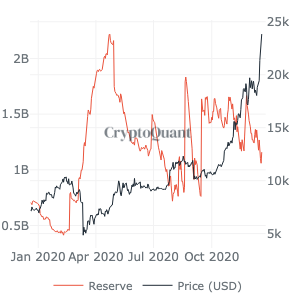 In fact, Tether reserves dropped several times in 2020, with the most significant drop back in November 2020 when Bitcoin’s price rallied towards its new ATH and found price discovery beyond $19,000. A drop in Tether reserves has traditionally been linked to Bitcoin whales and traders pulling funds out of exchanges, thus easing the selling pressure on Bitcoin and making room for vertical growth in price.

This is a fairly popular narrative. However, at this critical juncture where Bitcoin’s price is at previously unseen levels (Above $23,000), will Tether’s supply to exchanges have the same impact as it had before?

The percentage supply of the vehicle for moving around Bitcoin hit a 4-month low on 20 December 2020. At the current price level, the dwindling supply of the most widely-used stablecoin being moved off exchanges explains the increase in Bitcoin’s price. 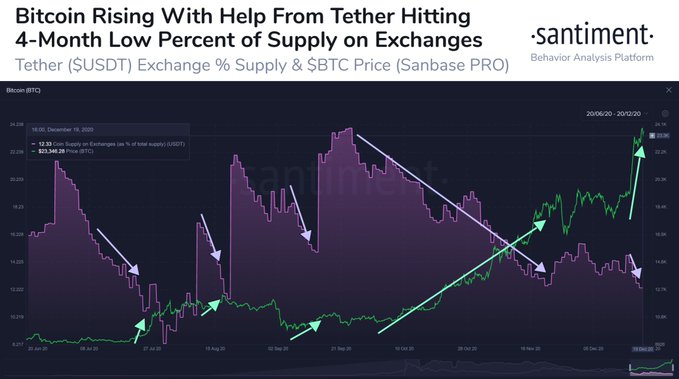 Another metric, Bitcoin’s net unrealized profits, have hit a high and this signals an increase in selling pressure on Bitcoin. It should be noted, however, that Tether’s dropping supply does build a partially bullish case for Bitcoin’s price. The drop in supply may aid price discovery beyond the current price level, unless Bitcoin OI or exchange trade volumes signal a drop.