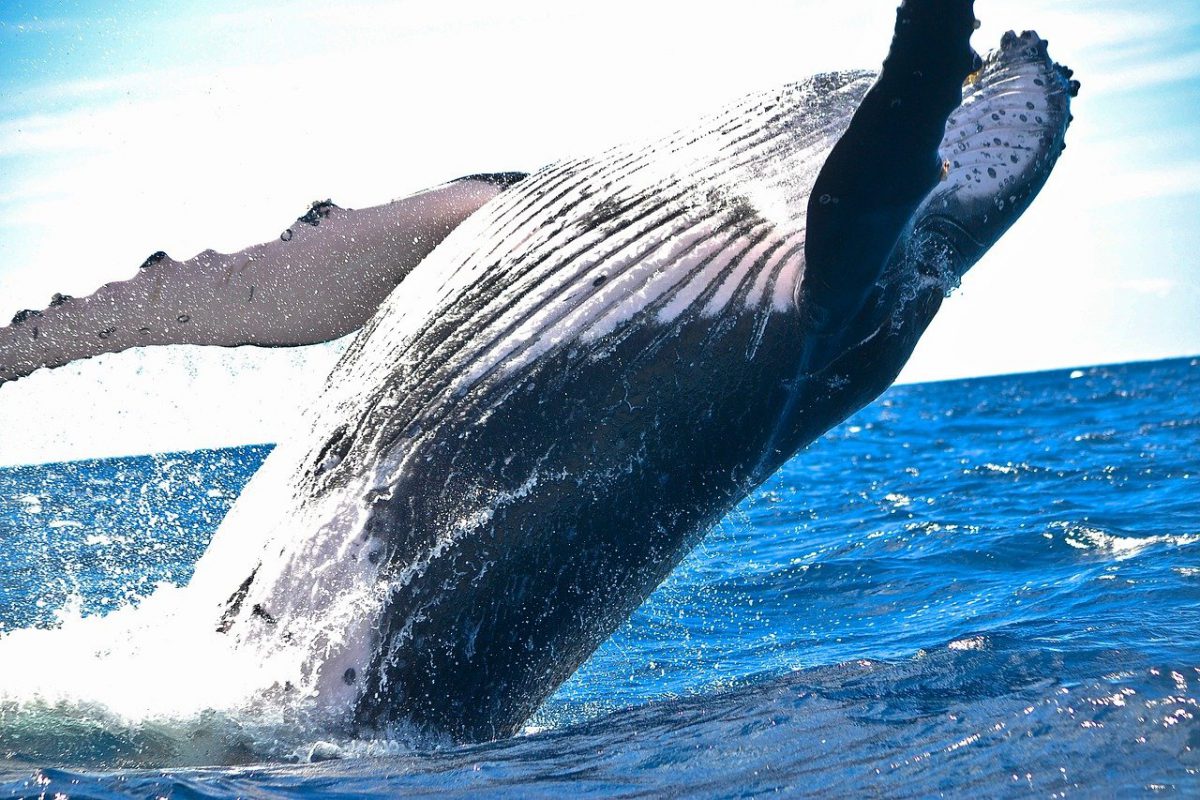 Bitcoin had dropped from $23,980 to $22,900, at the time of writing, with BTC wicking as low as $22,400. On the other hand, XRP was unable to rise past the $0.6-region and faced pressure from sellers, pressure that could see XRP revisit $0.5 once more. IOTA plunged under two of its short-term moving averages, but might be able to bounce off the $0.3-psychological level. Finally, Dogecoin went parabolic within the space of a few days and was set to retrace some of its gains on the charts. 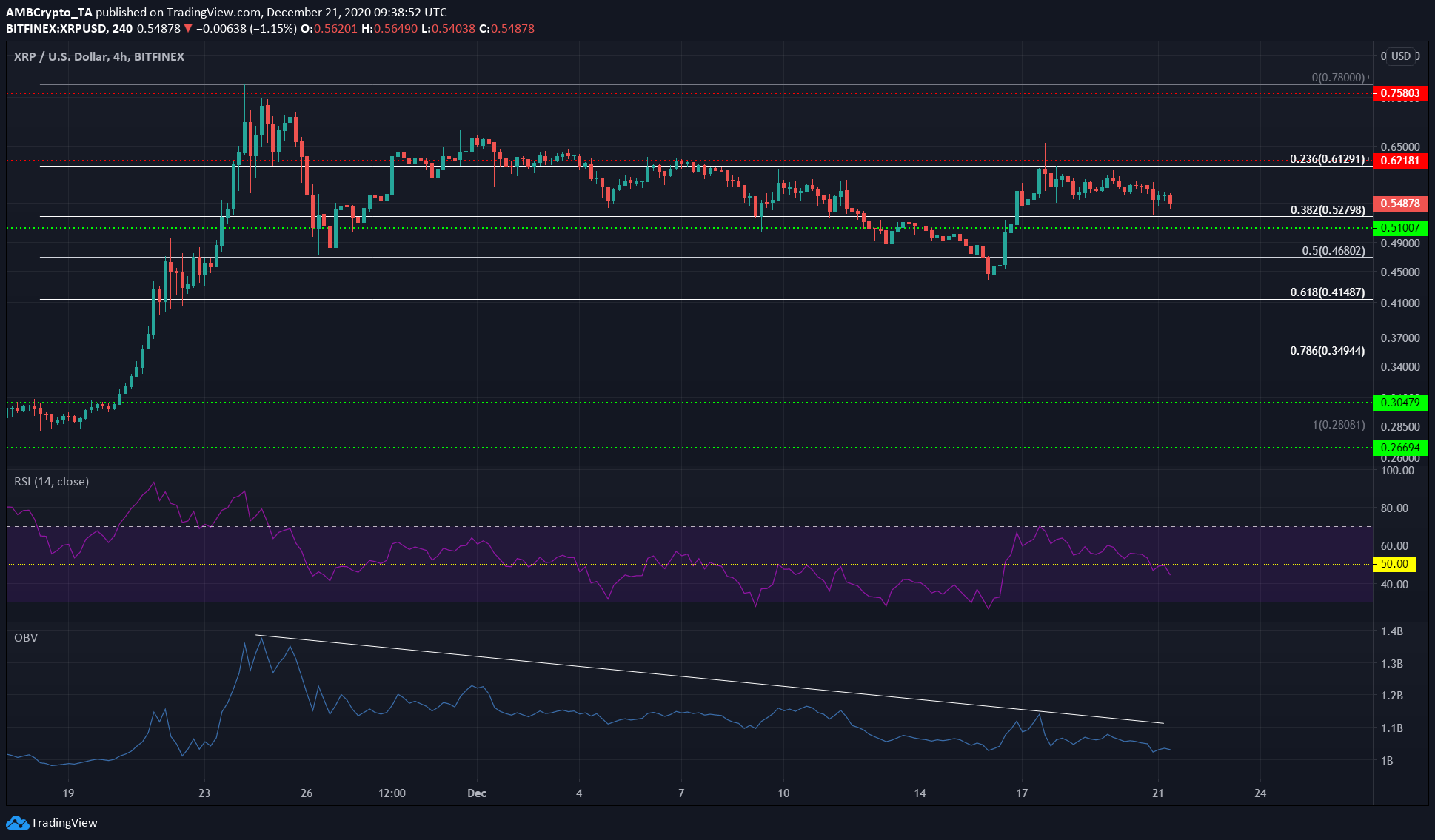 XRP descended under the 50% retracement level at $0.46, but almost immediately shot upwards the following week. The market’s bulls valiantly tried to steer the price above the $0.62-resistance level, but they were unable to.

The OBV noted steady selling volume behind XRP ever since it registered its local top at $0.78. Sellers were forcing XRP lower, and the $0.51-$0.47 region was once more of vital importance. The RSI also fell under 50 to denote a possible shift in market direction in favor of the bears.

Buying volume would need to pick up before XRP can embark on another rally. 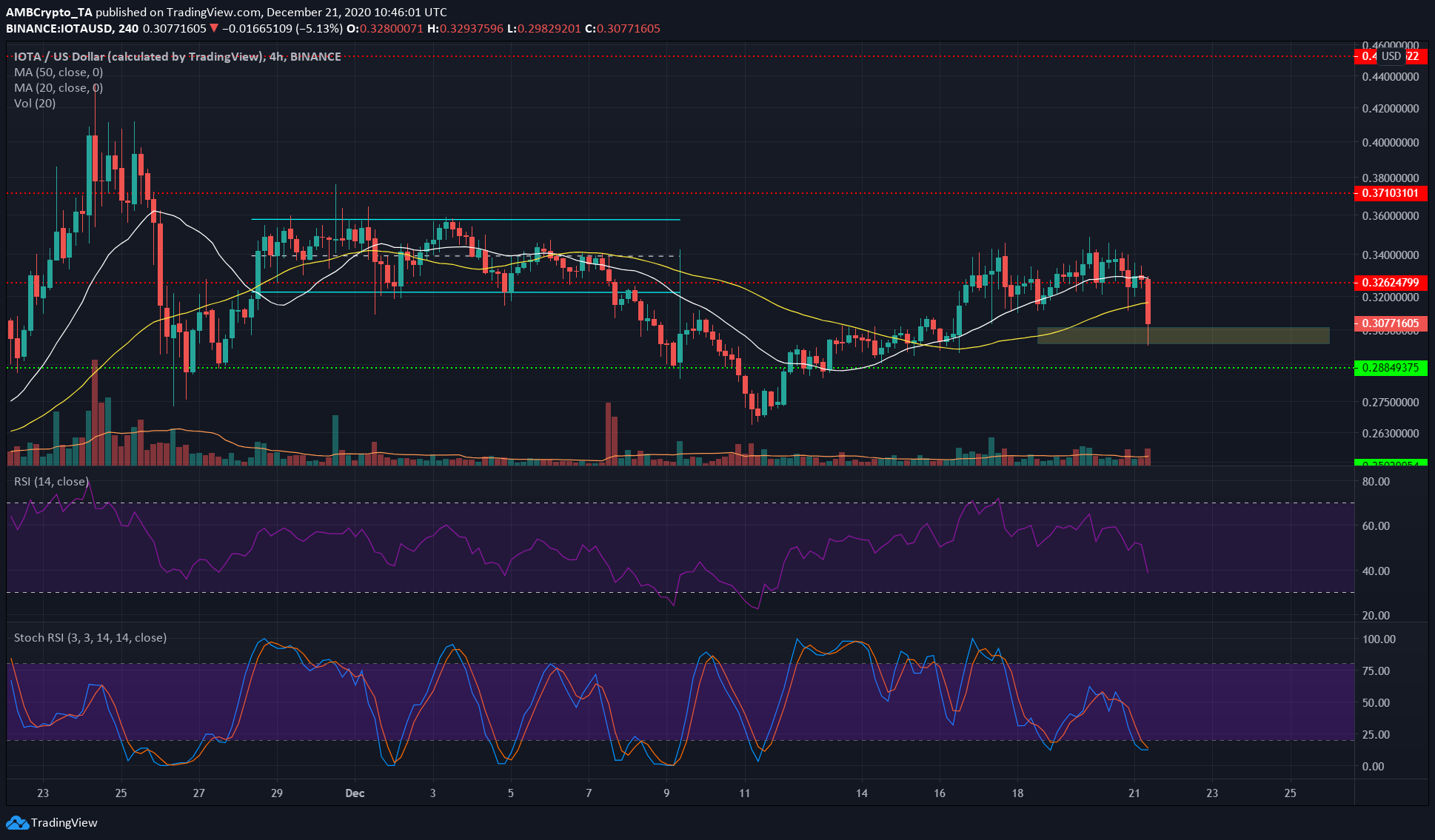 IOTA was treading water at the $0.32-support level as Bitcoin’s aforementioned price dip galvanized the bears into activity. They succeeded in pushing the cryptocurrency’s price to the pocket of liquidity around the $0.3 region.

The RSI had been falling for a while and it noted a value of 40, at the time of writing. Finally, the Stochastic RSI dropped into the oversold zone, but this did not necessarily mean an immediate bounce in price. 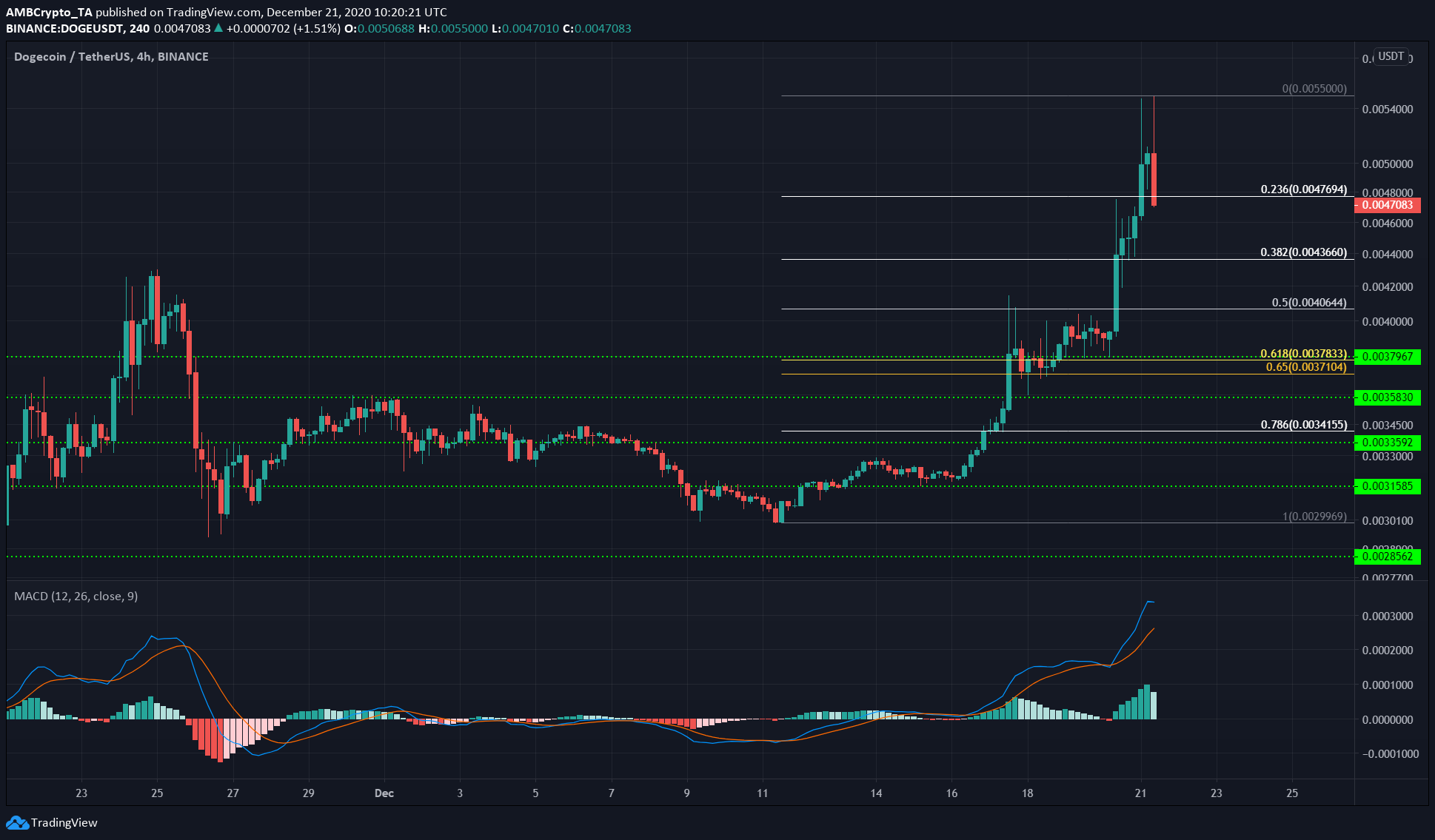 Using the Fibonacci Retracement tool for DOGE’s surge, some levels of importance were highlighted. While bullish momentum hasn’t demonstrably been exhausted, the market certainly seemed overbought.

The MACD and the Signal lines were quite far apart, indicating that an imminent correction was likely. Based on how the 61.8% level aligns with the horizontal support at $0.00379, this confluence and the 50% retracement level can be expected to halt DOGE’s retracement.