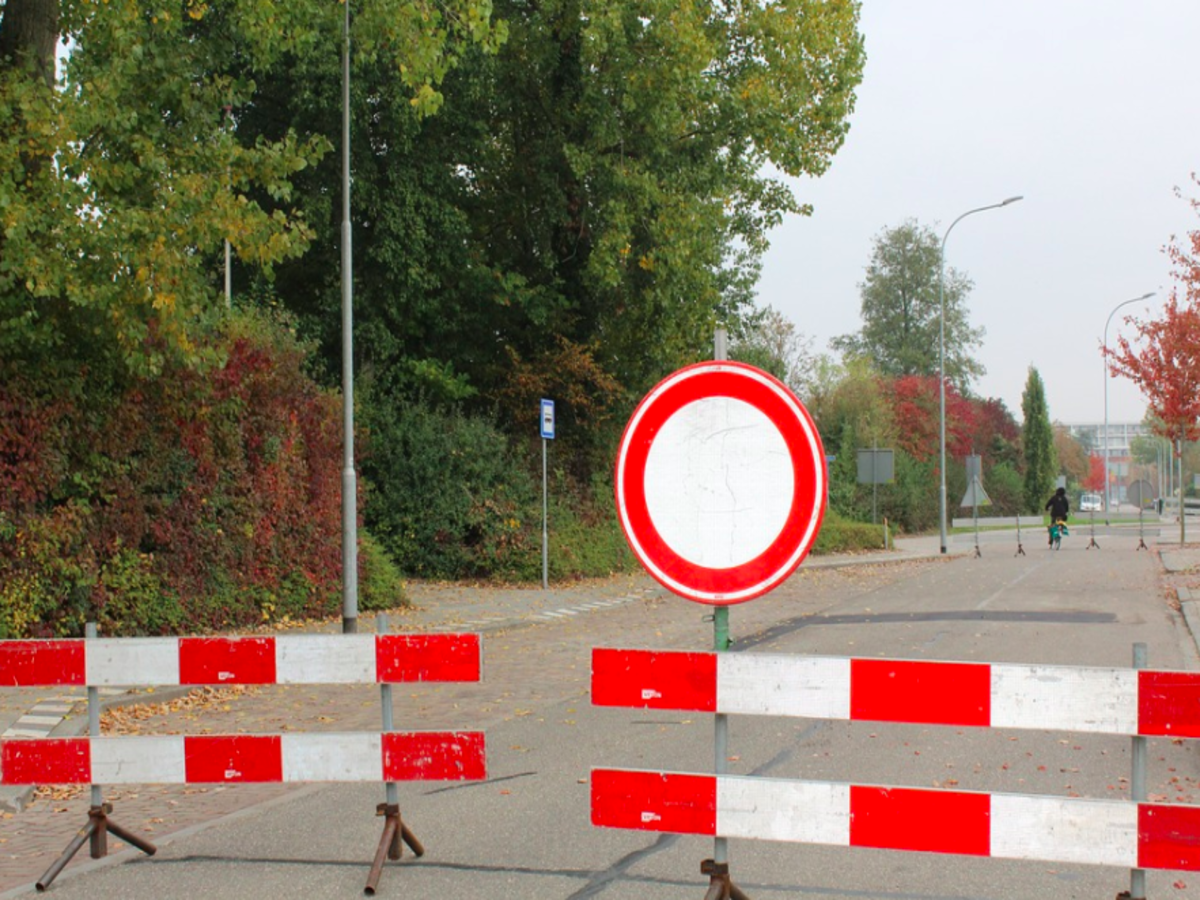 The top altcoin, Ethereum, has rallied and achieved new highs over the last couple of days. The broader sentiment for the coin remains bullish. In a way, greed has been dominating the minds of market participants. However, it should be noted that the altcoin has gradually started shedding value on its price chart.

After losing 1.4% of its value in the past 24-hours, Ethereum was seen trading at $4.72k, at the time of writing. Now, this downtrend comes at a critical juncture. Since Ethereum has successive options expiries lined up over the next three days.

As per data from Skew, over 165.3k ETH are set to expire in three batches this week, starting today – 10 November. 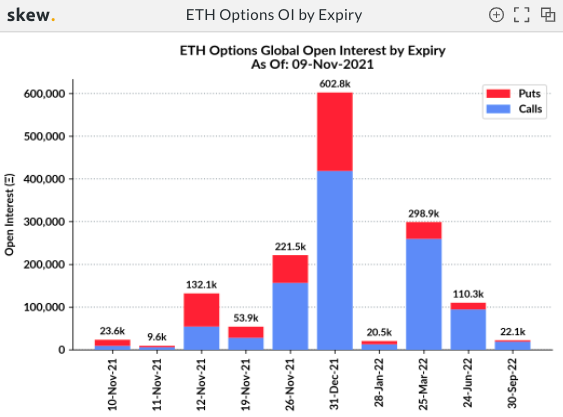 Well, Skew’s OI by strike price chart instinctively suggested that the number of call contracts dominated the proceedings. Nevertheless, a closer look at the same would reveal that puts largely have an upper hand in the strike-price band around $4.5k.

By and large, the aforementioned data paints a bearish picture and underlines that a majority of options traders are opposing the price rise narrative at this point. So, if Ethereum tumbles below its current price, it might end up consolidating for some time before proceeding with its rally again. 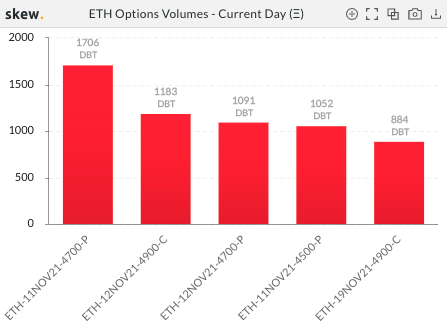 Charting out the odds of a dip

Since Ethereum is in its price discovery phase, there aren’t many solid resistance or support levels. As can be seen from the chart attached below, during the uptrend phase that began on 6 November, levels that once resisted the alt from inching further had ended up flipping into support levels. Congruently, since the downtrend phase that set foot on 9 November, the converse flipping took place.

At press time, however, the downtrend on the 4-hour chart looked decisive. Nevertheless, there were three levels around Ethereum’s trading price. And, $4.5k presented to be reliable support levels.

On the other hand, the space up north was filled with obstacles and Ethereum will have to overcome them in order to break above the psychological level of $5k.

Ethereum’s metrics, on the other hand, painted a fairly hopeful picture. The velocity reading, for instance, has been more towards the quieter side of late, providing a sigh of relief. As per past precedents, an uptrend on Ethereum’s price charts has more often than not been accompanied by steady velocity. However, turbulent landscapes have paved the way for corrections.

Thus, the current state of this metric has managed to stir in slight optimism amidst the ongoing downtrend on the price chart. 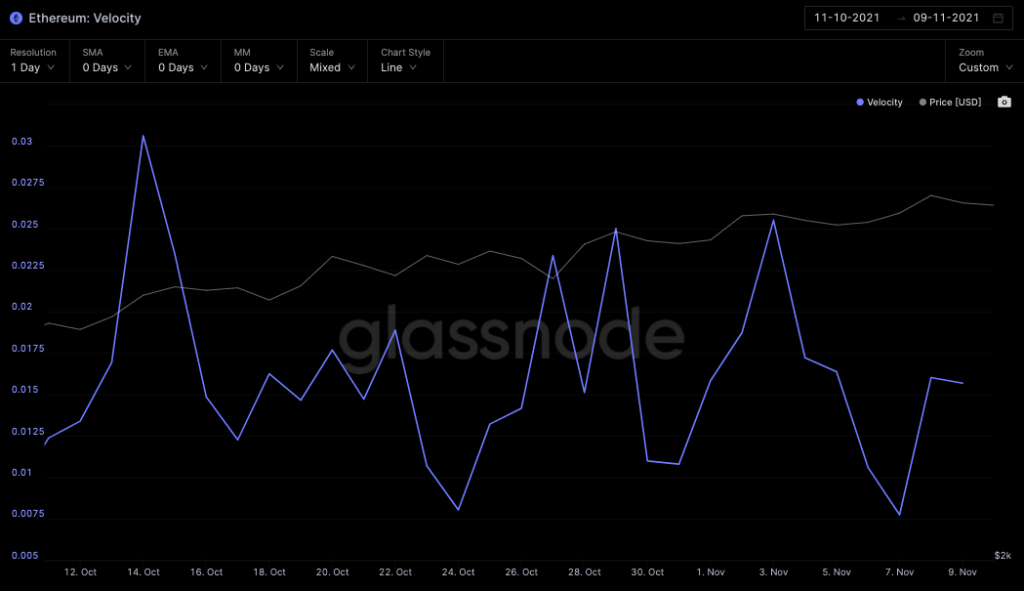 The alt’s volatility revolved around the 40% mark, at the time of writing. This essentially assures that Ethereum’s price wouldn’t subject itself to any dramatic surge or dip. The price movement in either direction would be gradual and steady. Thus, Ethereum might remain rangebound in its current $4.7k bracket over the next few trading sessions.

If that’s indeed the case, the options expiry wouldn’t necessarily set in a selling spree. Consequently, ETH would likely be able to attain the $5k trading target in a week’s time. However, a failure to hold above the current level would trigger put holders in a position to exercise their option of selling their respective ETH. This, in turn, would make the price dip narrative gain more steam.

Zimbabwe studying CBDC, ‘as opposed to crypto, Bitcoin, any form of derivatives’