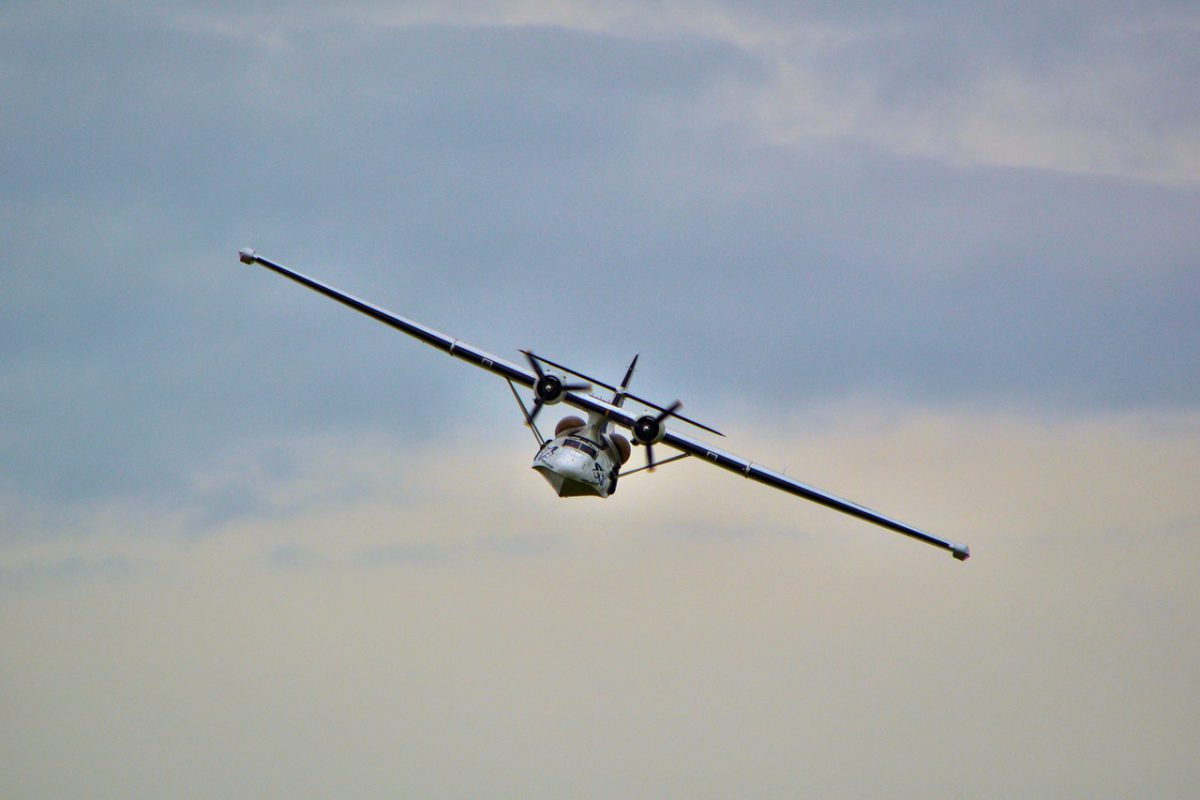 With regard to the digital asset’s price surges, Jeremy Allaire, of Circle spelled out key drivers for this bull run. In a recent interview Allaire thought that bitcoin is rallying because the dollar continues to depreciate. He also believed that institutional capital was primarily behind the price momentum.

Undoubtedly, institutional investment in bitcoin has become the defining trend this year, which has also fueled the crypto market. Guggenheim Partners recently decided to start allocating to bitcoin when it was worth $10,000 and MicroStrategy revealed over $1B in total bitcoin purchases made in 2020.

In fact, Bitcointreausuries suggested that over 800,000 Bitcoin is held by public companies. The list includes Galaxy Digital which holds 16,651 BTC and Square (4,709 BTC). Grayscale AUM is said to be worth $19 billion in crypto. As of 30 December, Grayscale GBTC premium one-year high was at 41% 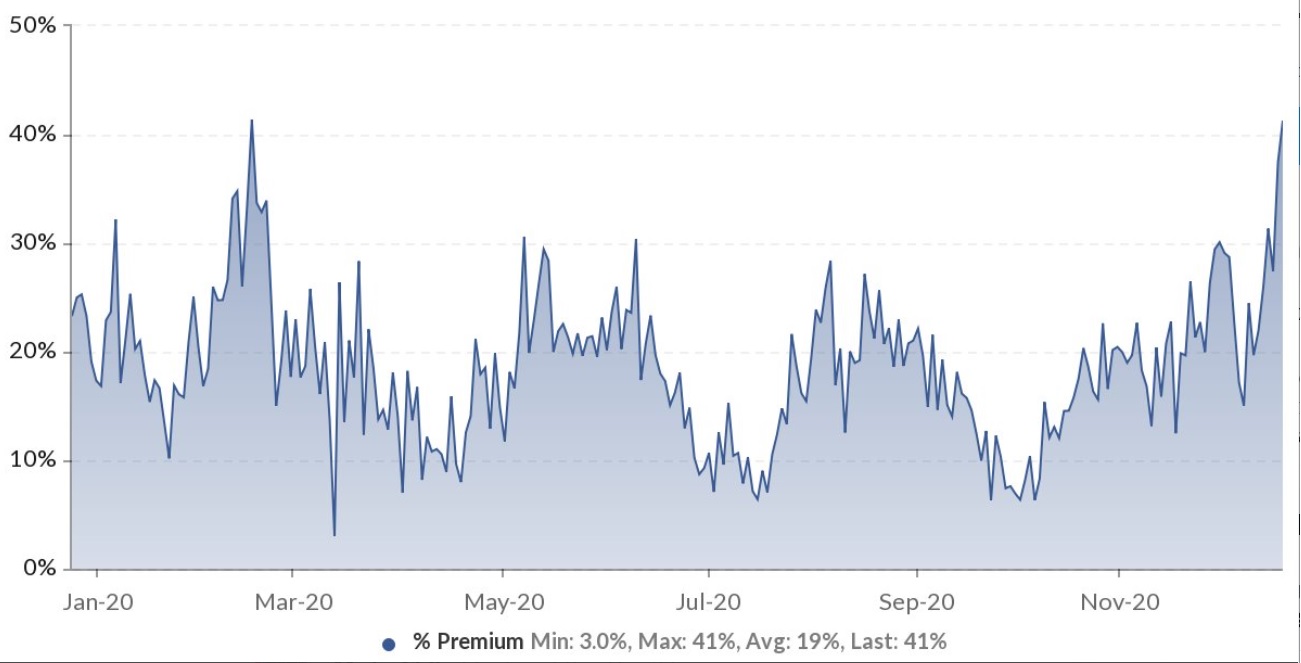 Bitcoin is a major contender for this year’s best performing macro asset by exceeding 270% returns year-to-date.

CTO at Bitfinex, Paolo Ardoino, noted in a release shared with AMBCrypto that while a growing institutional presence is a key part of the narrative for the current bull run, he also expects increased retail interest in “bitcoin as a form of digital gold” and said:

“Bitcoin dominance is inevitable after a tumultuous year that has seen the king of crypto surge in price from under $4,000 in March to a new ATHs of above $28,000. This could also bolster interest in the many innovative projects coming to fruition within the digital token space.”

Coinmetrics’ Nic Carter found that addresses on the Bitcoin ledger owning $10 or more worth of the asset were above its late 2017 level. He suggested that the supply of bitcoin was more dispersed into sizes that are apparently “consistent with retail investors.” 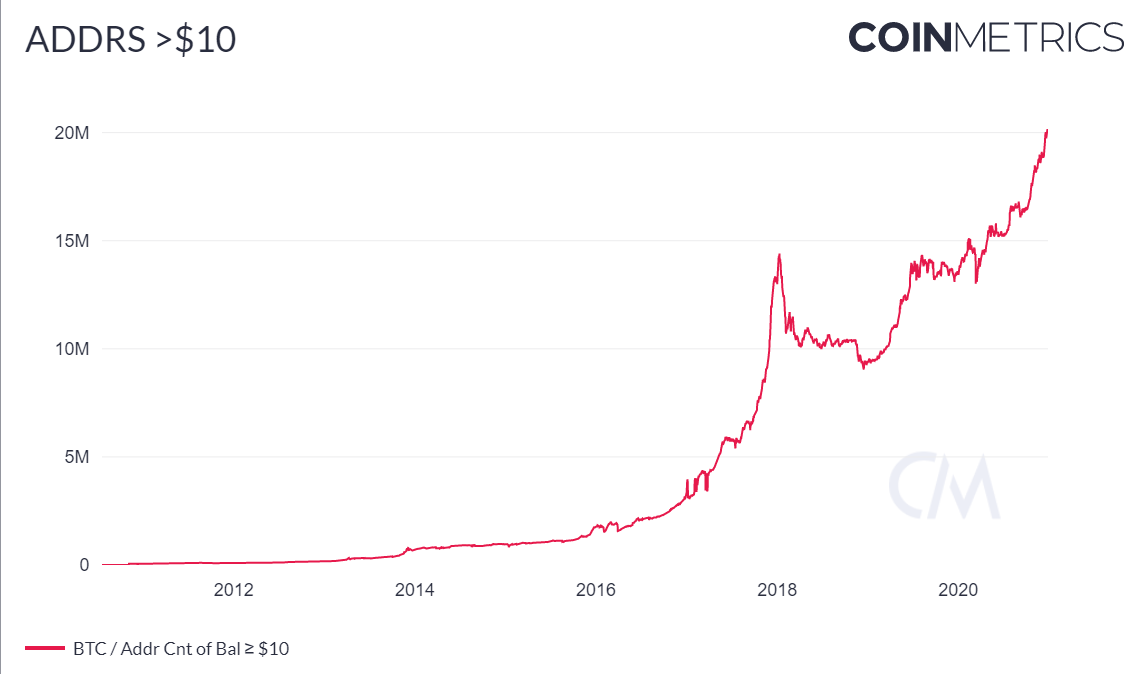 Another major difference in the bitcoin market versus that of 2017’s is better institutional custody solutions. However, it is important to note that this year’s dip in bitcoin exchange reserves could indicate lesser exchange dominance in the coming year.

Additionally, Jameson Lopp of Casa pointed out that bitcoin security was improving with only 4,366 BTC stolen in major publicly announced thefts this year:

Bittrex delists XRP in wake of SEC proceedings against Ripple

Lessons in Bitcoin: Here’s what this billionaire plans to do with his Btc