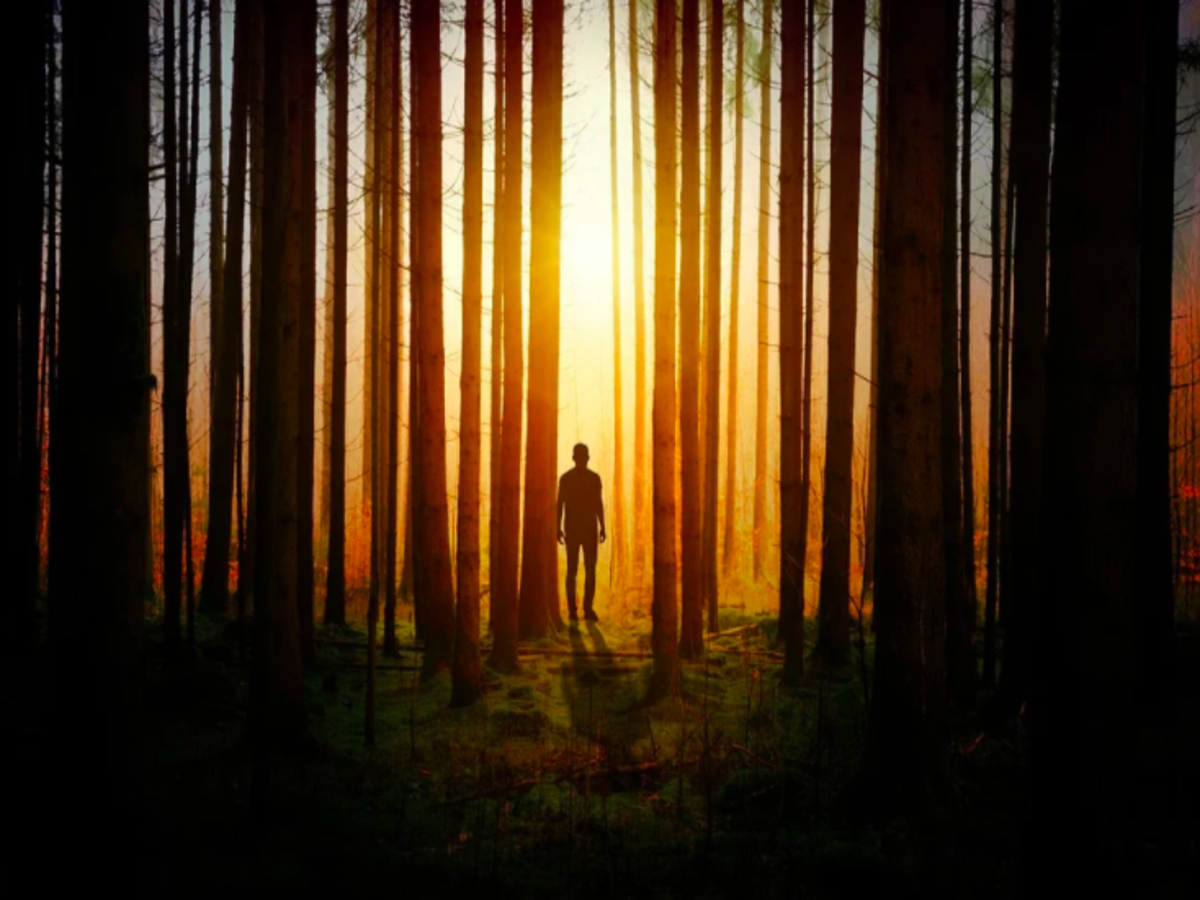 It has already been 10 days since October commenced, and the daily chart of Ethereum still looks more or less  similar to that of September. The alt’s price rallied during the initial days of both months and then gave in by getting into the consolidation mode.

Nonetheless, this new month has brought along with it a slight twist in the tale – the candles have been making higher lows on the daily timeframe. Additionally, throughout last month Sundays were quite dramatic, while this time around, they seem less so.

Interestingly, since the beginning of this month, the alt’s velocity also depicted a change in trend. The same has become less turbulent when compared to September.

Simply put, an uptrend on the price charts is usually accompanied by steady velocity, while turbulent landscapes pave way for corrections. Thus, the current state of this metric has opened up the doors for a steady rally.

Well, gauging the broader trader sentiment at this stage would further help us in deducing whether or not the uptrend narrative holds true in the short term. 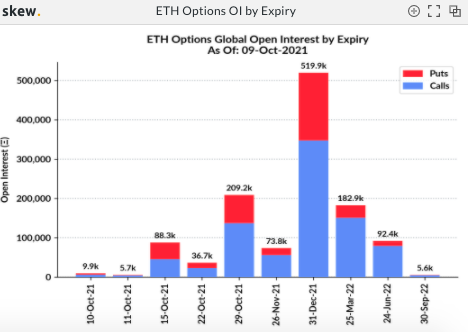 A bird’s-eye view would instinctively suggest that the number of call contracts are dominating the proceedings. However, a closer look at the chart attached would highlight that puts have an upper hand in the strike-price band below $3.2k. 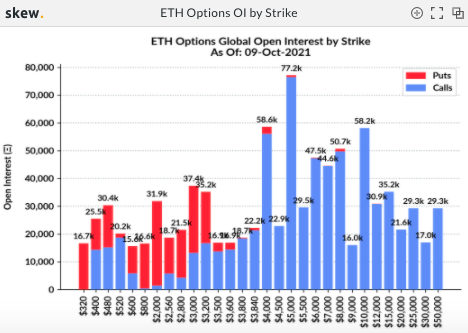 After recording a weekly hike of more than 5%, the largest alt was seen trading around $3.6k at the time of writing. Additionally, it should be noted that the $3.5k region has flipped from resistance to support since the 6th of this month.

Thus, the odds of Ethereum’s price dropping below the same level in the coming days seem to be fairly slim relative to the odds of its price sustaining the current levels. So, if Ethereum’s price hovers around $3.5k or inches beyond, one can expect a buying spree to set in because it would trigger call owners to exercise their option of buying their respective ETH tokens.

However, a failure to do so would make the environment favorable for put owners to exercise their selling option at the strike price. In effect, a bearish sentiment would creep into the market.

After a noteworthy performance, what these metrics mean for Avalanche right now