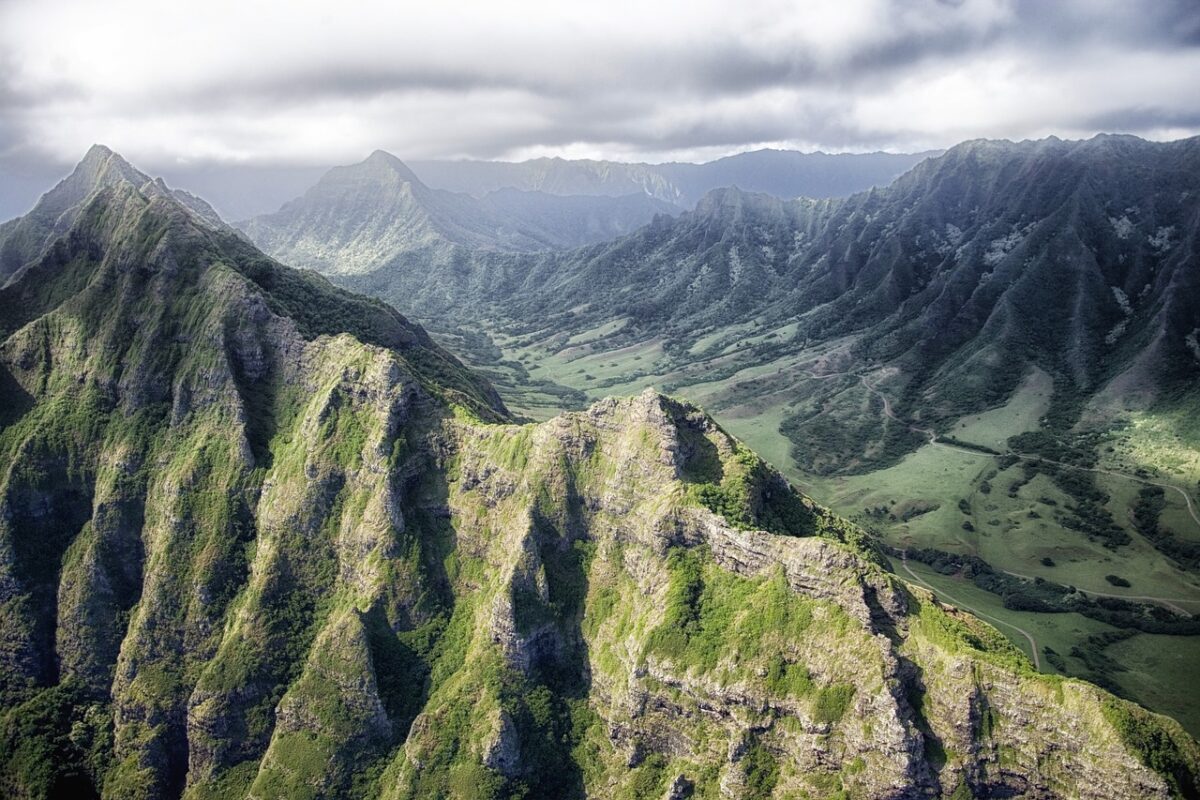 Binance Coin was the fifth-largest cryptocurrency by market capitalization, according to CoinMarketCap. At a time when fear was rampant in the market and even larger players in the market, such as 3AC can be forced to liquidate, Binance was one of the major brands that remained standing strong. However, this strength was not present on the price charts of Binance Coin. 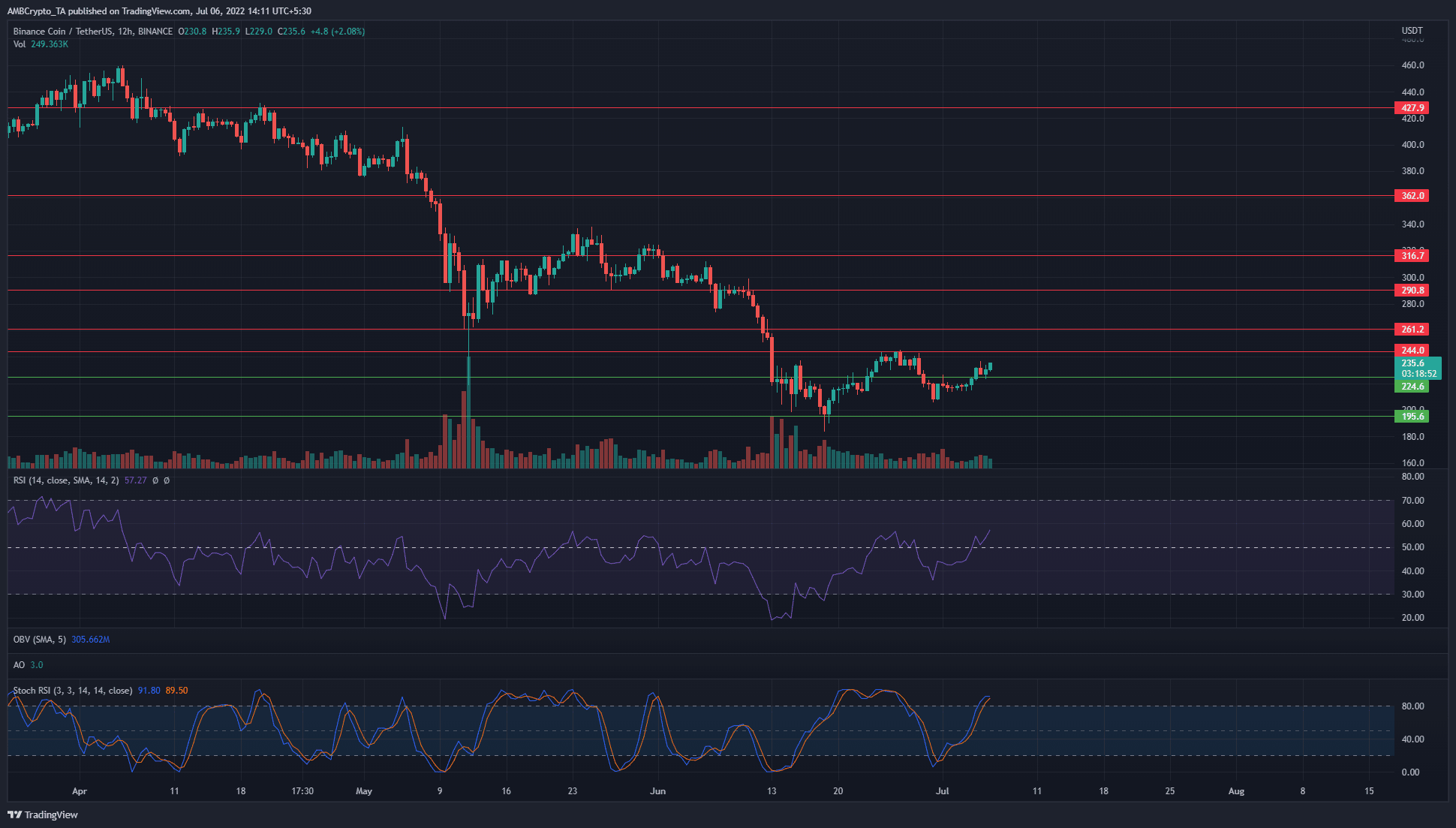 Binance Coin has been on a steady downtrend since November 2021. There were periods of a strong rally in between, such as early-February and mid-March to the $450 level. Despite these rallies, the price was unable to break the downtrend.

In the past two months, the downtrend continued. At the time of writing, two important areas have emerged on the price chart. The $190-$200 area was one, and the $245-$250 was another. The Relative Strength Index (RSI) was at 57 and showed that the momentum could be slowly turning bullish.

However, until the $250 mark was breached, the longer-term bias would remain bearish. The Stochastic RSI reached the overbought territory and could form a bearish crossover. 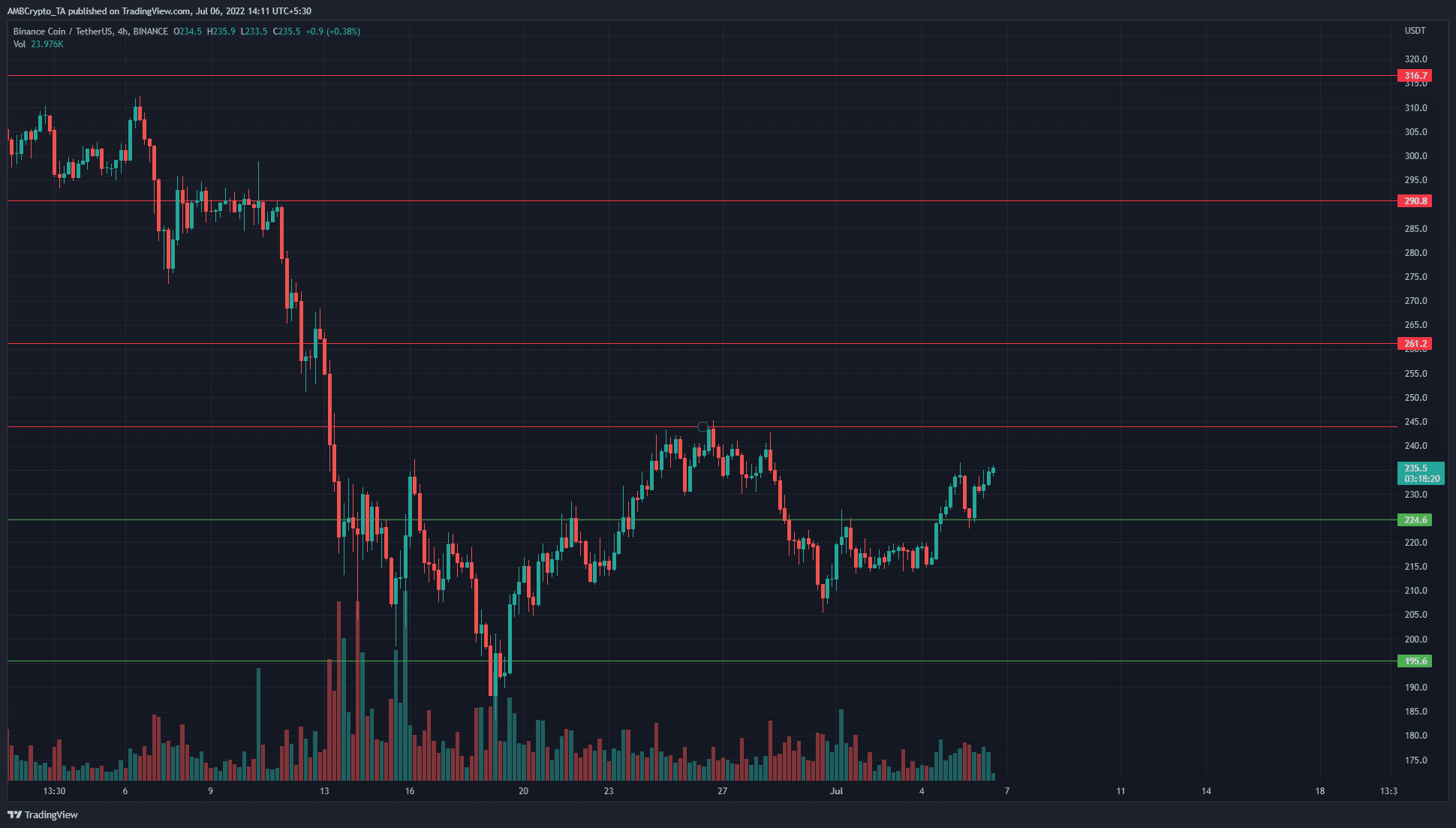 The four-hour chart highlighted the $210, the $195, and the $245 levels to be important. Over the past month, these levels have been tested as both support and resistance, and have held up reasonably well. The range formation was more apparent on the four-hour chart. The $210 and $245 levels have formed the range highs and range lows, with the mid-point of this range at $224. The $224 level was also a support level.

The RSI oscillated from oversold to overbought, but the market structure has not flipped bullish. This hinted at a range formation as well. Therefore, the $245-$250 area can be used to sell BNB and the $210 to buy BNB. The $190-$200 can also see a bounce on a retest. 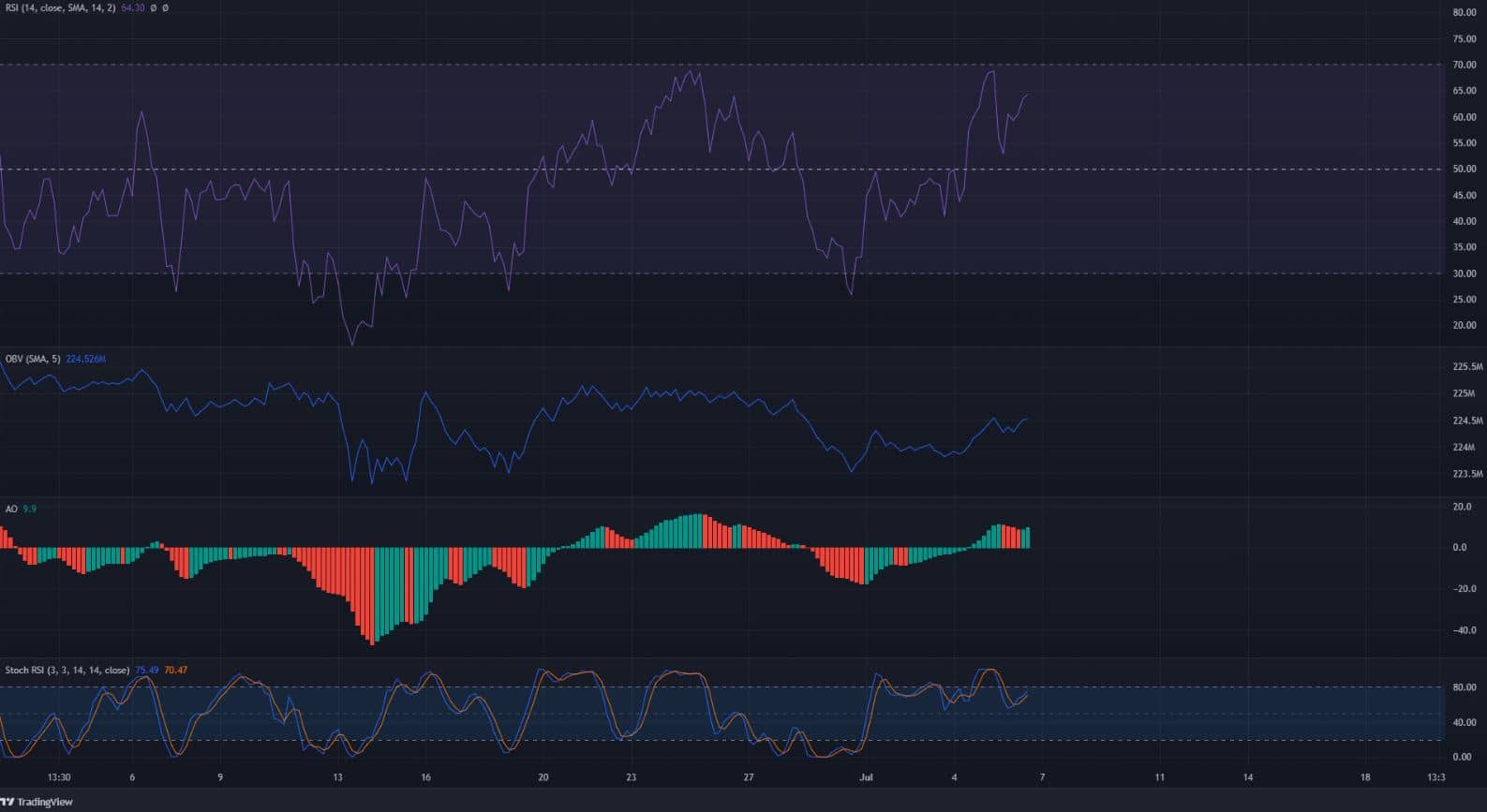 The RSI oscillated from one extreme to another while the market structure remained unchanged. No new higher high was set. Such a development likely indicated a range-bound asset. The On-Balance Volume (OBV) was also relatively flat in recent weeks, which indicated the lack of strong buying pressure. However, selling volume has also not been as intense in recent weeks.

The Awesome Oscillator (AO) poked its head above the zero line. The Stochastic RSI was headed upward as well.

Altogether, the indicators showed a slight shift in momentum toward the bulls. This could see BNB climb to the $250 mark, and possibly higher if Bitcoin mustered some strength. The resistance levels on the higher timeframe chart would likely be important in the weeks to come.

The price action and indicators were more in favor of a range than a real uptrend. Therefore, the $250 area would be one to sell BNB at.