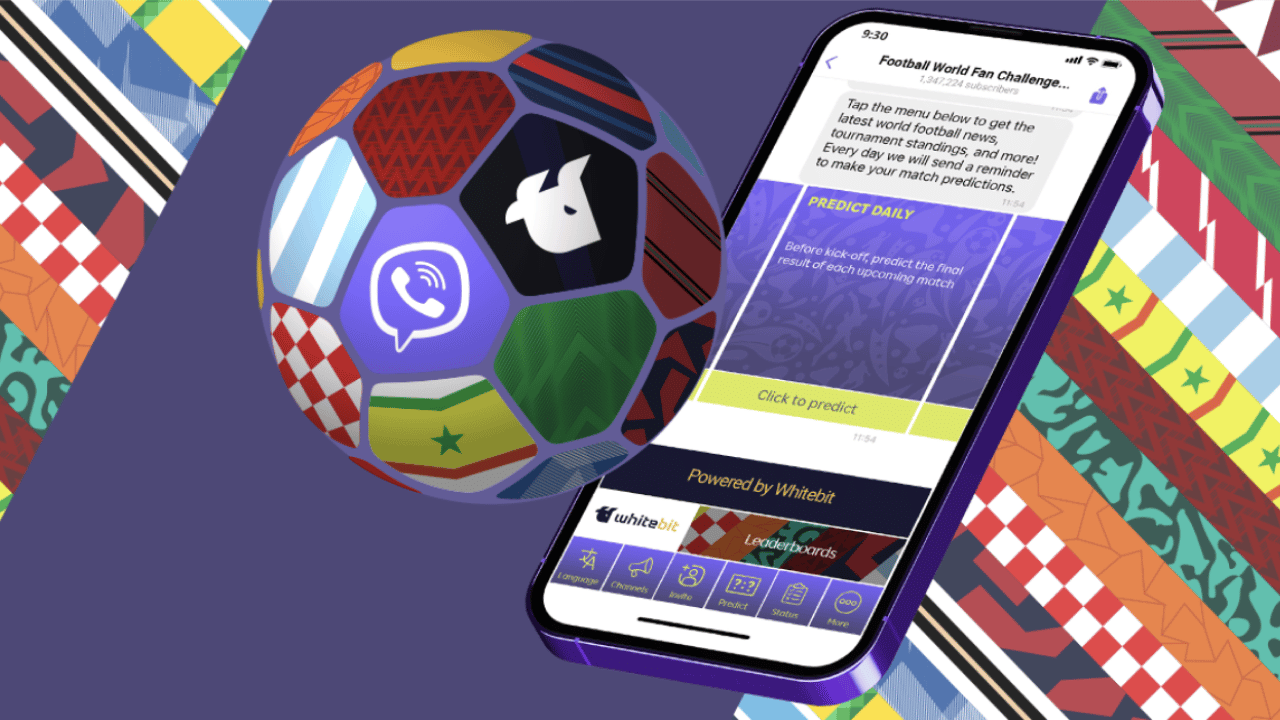 The cryptocurrency industry was always sharing the excitement of football fans. That’s why the industry leader could not pass this fan-favorite football celebration. The WhiteBIT exchange, guided by the passion for football, cooperates with tech companies that share the same values.

WhiteBIT is an official sponsor of the global Viber chatbot “Football World WhiteBit Fan Challenge” linked to the official channel “GOAL”, which has become a provider of all the news about the main football event of the year. Before the final matches, it gained remarkable popularity in the sports community.

The companies were inspired by the idea of combining all the exciting football events. And they allowed fans to participate in the tournament and compete for the title of the best fan. So, thanks to Viber and WhiteBIT cooperation, football fans can celebrate the moments with:

The game tactics allow for reaching a vast audience. The championship is almost at the grand final, but there are almost 600K engaged fans in the bot with millions of interactions so far. s. Ultimate football fans can compete to achieve “the best Viber fan” title.

“WhiteBIT always stands by fans and tech projects. We have partnered with top sports teams, and it was also important for us to support the international sports community during the biggest global football event. So that the cryptocurrency industry could be there to share the most emotional moments of the championship with fans,” said Vladimir Nosov, CEO of WhiteBIT.

WhiteBIT is the biggest centralized cryptocurrency exchange in Europe, established in 2018. It has over 3.5 million users worldwide, 350+ trading pairs, and a maximum daily trading volume of $2.5B. It provides spot, margin, and futures trading with up to 20x leverage. WhiteBIT is one of the three most secure crypto exchanges, according to Hacken, and is also the second most secure exchange in the world based on an independent audit by CER.live.

Rakuten Viber connects people. No matter who they are, or where they are from. The global user base has access to a range of features like one-on-one chats, video calls, group messaging, and updates and discussions with their favorite brands and celebrities. Viber ensures our users have a secure and free environment to share their emotions. Rakuten Viber is part of Rakuten Group, Inc., a world leader in e-commerce and financial services. It is the official instant messaging and calling app partner of the NBA’s Golden State Warriors.

Ultraverse City to revolutionize advertising with Digital Billboards in the Metaverse

NEAR Protocol [NEAR] could go with the bulls next week, if…