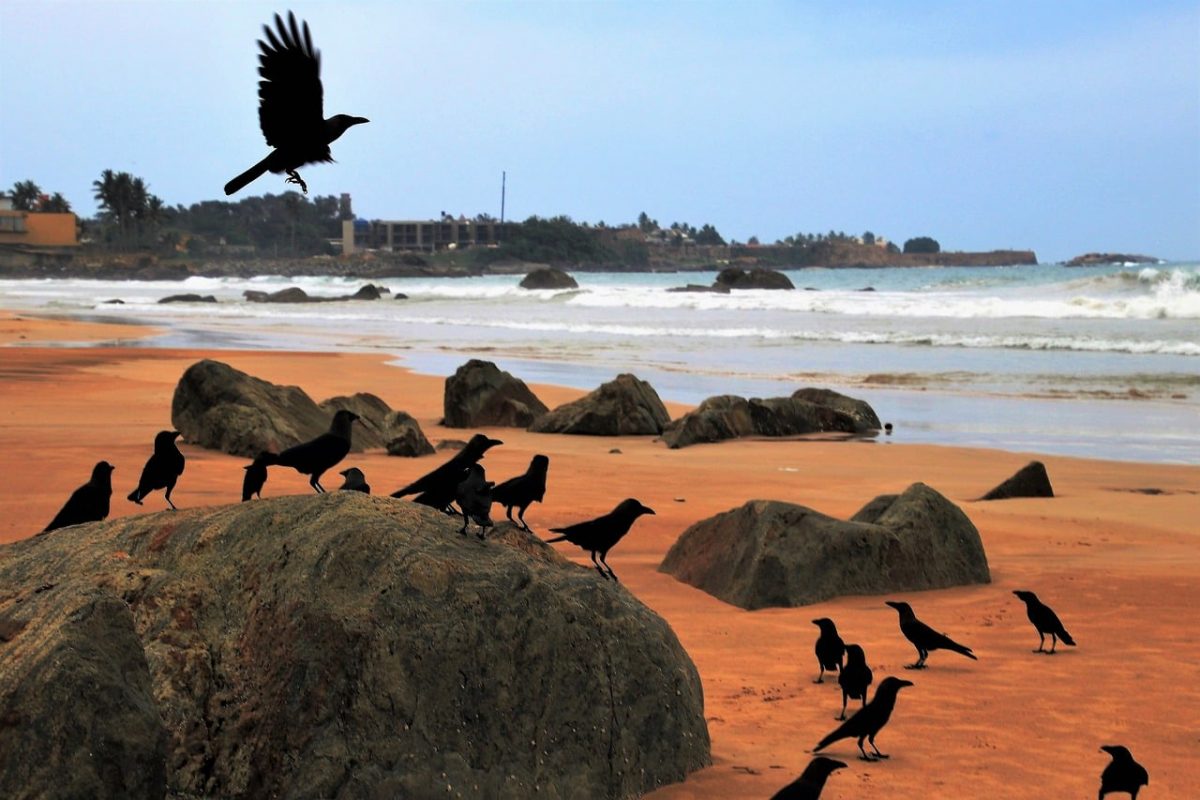 Bitcoin rallied slightly in the past few days and rose from $16.1k to reach $17.3k. It has strong resistance near $17.6k, which had been a strong support level as far back as November 2020. It inspired some gains across the market in the past two weeks, and Aave was one of the tokens that registered gains.

The rollout of the Aave Protocol V3 promised to address some of the risks that V2 highlighted in the past. On the charts, Aave bulls could run into some trouble soon.

Aave climbs toward a bearish breaker, but the inefficiency at $75 complicates matters 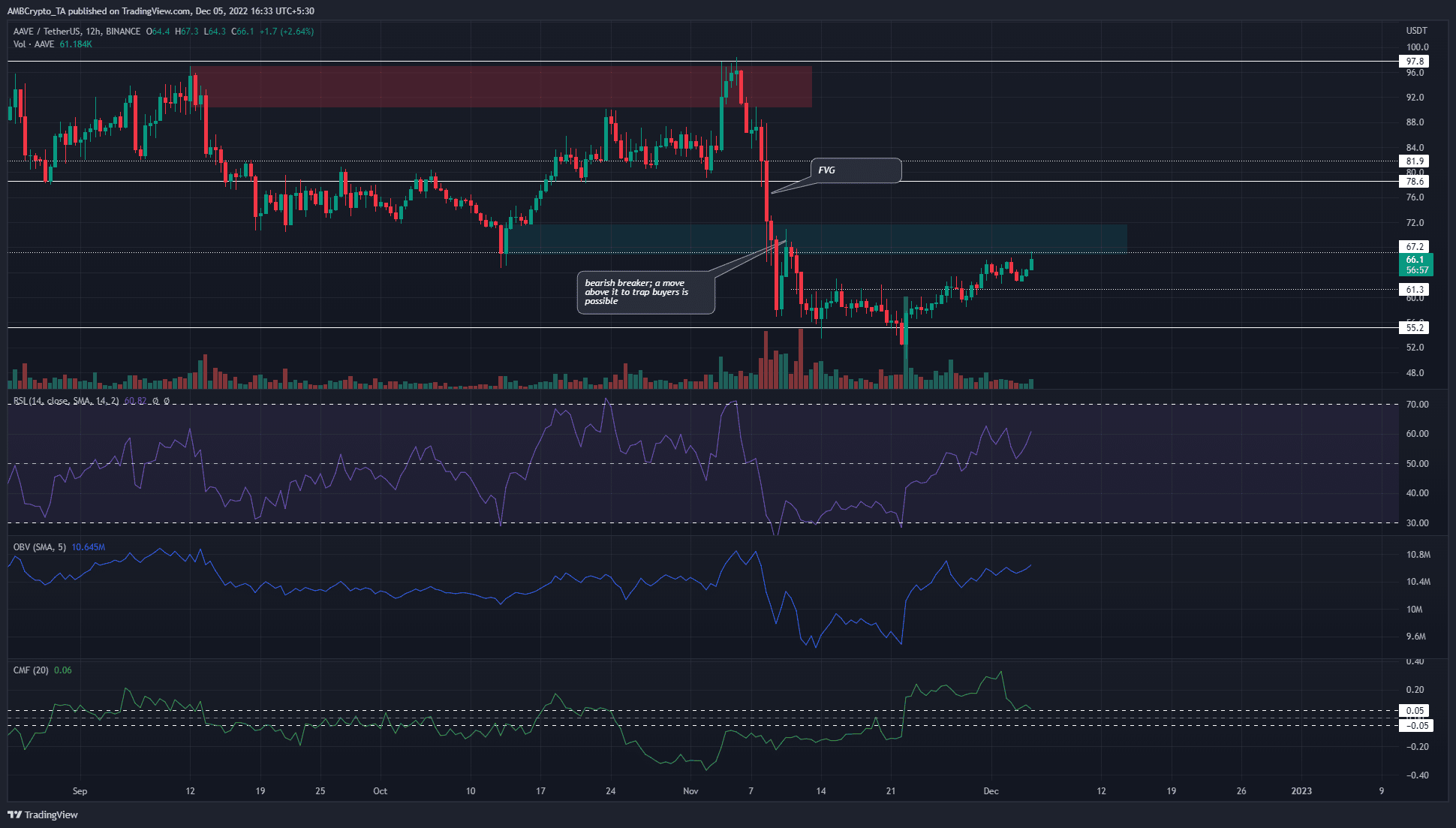 On 13 October, AAVE formed a bullish order block. Only later did the market structure break indicate that this was a 12-hour order block that extended from $67 to $72. When the price revisited this region on 8 and 9 November, some demand stepped in at $65. This was not enough to stem the tide of selling.

Hence, the region demarcated in cyan was flipped to a bearish breaker, and the $67.2 level served as resistance at the time of writing. Time to enter a short position, right? Not so fast.

On the drop from $96 to $58 in the second week of November, the price left an inefficiency on the charts in the vicinity of $75. This FVG was a place where AAVE could pump to before seeing a reversal. This could invalidate short positions entered based on the aforementioned breaker notion.

The Chaikin Money Flow (CMF) showed significant capital flow into the market in recent days, and the On-Balance Volume (OBV) also surged to reinforce the idea of buying pressure in the past week. Yet, a strong uptrend on the OBV was not established in recent months. The Relative Strength Index (RSI) also flipped neutral 50 to support which denoted upward momentum.

With BTC resistance around the corner, a selling opportunity can arise around $70-$75. However, this can be a risky trade, so traders looking at the bearish breaker or the $66 zone of liquidity must be careful with their position sizing.

Since 21 November, the mean coin age saw a steady ascent. This suggested that Aave tokens exchanged hands fewer times and remained in their current addresses longer, which showed network-wide accumulation.

While this development hinted that short positions could be in danger, the exchange flow balance saw a small upward spike recently. Meanwhile, many of the sharp downward plunges were accompanied by large withdrawal transactions, which once again signaled accumulation.

An aggressive trader can look to short the 12-hour breaker while more conservative ones can wait for price action to develop further for more clarity.