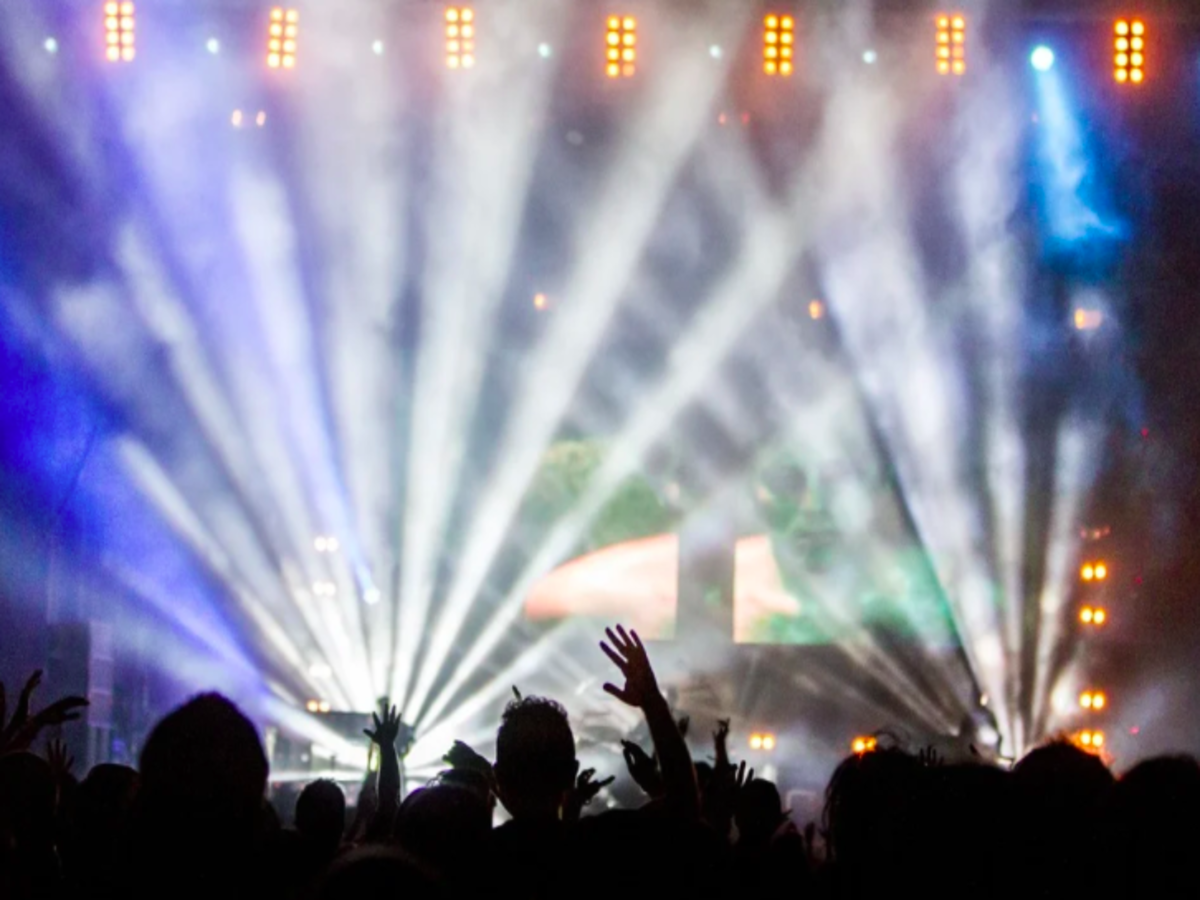 While the market has already entered the pumping season, a few alts – the ones that don’t usually replicate Bitcoin’s price movements, stand at a disadvantageous situation.

UNI, ATOM and LUNA – three different alts from distinct sub-sections of the crypto space, share a fragile relationship with the king coin. As per Skew’s data, their 1-month correlation with BTC reflected values of 0.5, 0.4 and 0.3 at the time of writing.

Simply put, correlation gauges the degree to which two variables move in coordination with one another. In other words, higher the correlation, higher the mutual dependency and vice versa.

Keeping in mind the aforementioned correlation data, it can be claimed that the coming days would be quite challenging for UNI, ATOM and LUNA if the Bitcoin market continues to make higher strides.

No in-house help from the metrics?

Evaluating the state of the alts’ on-chain metrics would help us weigh how disadvantageous they are.

After registering noteworthy spikes a couple of times in October, Uniswap’s NVT ratio has now started spending more time towards the downside. The network-value-to-transaction ratio basically highlights the relationship between the market cap and the transfer volumes. When the NVT is high, it indicates that the network value is outpacing the value being transferred on the network and vice versa.

Usually, uptrends tend to rub-off positively on the long-term valuation, but the current state of this metric only seemed to be chaotic, to say the least. 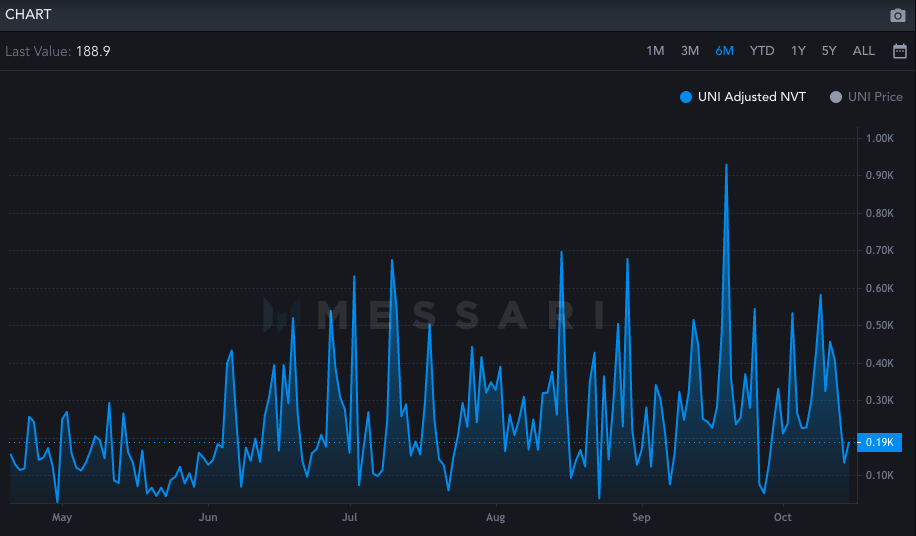 The fundamentals of both ATOM and LUNA also seemed to be getting weak at the time of writing. Both the alts’ market cap dominance, for instance, were seen revolving around their respective one-month low levels [0.3%, 0.6%]. The fall in this metric underlines the fact that ATOM and LUNA aren’t able to assert that much influence in the market.

Even the trading volume numbers seemed to be pale at the time of writing. In fact, both ATOM and LUNA’s numbers were at their 3-month low levels. 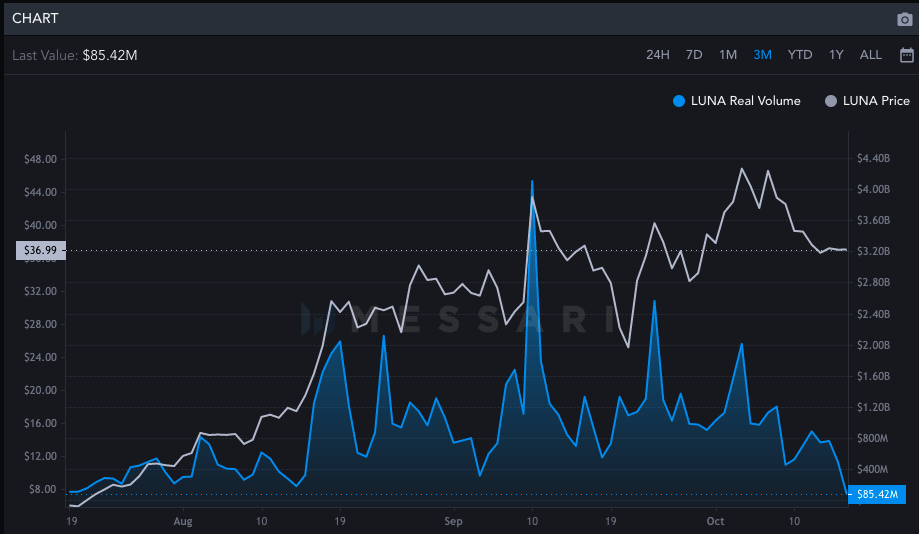 To mess it up further, the volatility also seemed to be fading away from all three markets – reducing the scope of dramatic price movements.

Curiously, last year too, the latter half of October had not been a great period for these alts. Investors hadn’t been fetched with adequate returns when compared to the amount of risk borne.

Having said that it should be noted that this time around last year, Uniswap and ATOM’s Sharpe ratio was negative while LUNA’s was mildly positive. A similar situation was observed at press time too.

UNI and ATOM’s risk-adjusted returns ratio stood at 0.1 and 0.5 respectively, while that of LUNA was slightly higher – around 0.9. 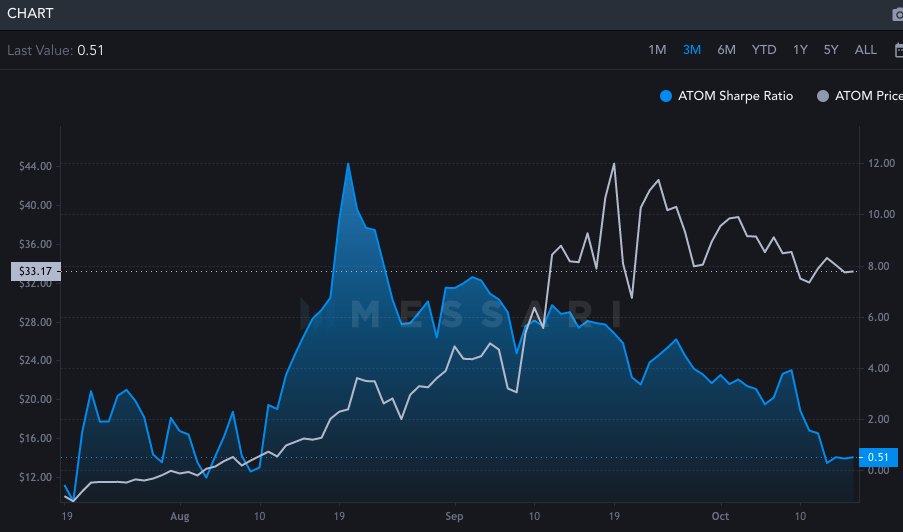 Thus, keeping in mind the past precedents, the overall state of the metrics and the relation these alts share with Bitcoin, it can be inferred that they are not in a very favorable situation to rally. A couple of days here and there, sure, these coins might end up trading at higher levels, but a consistent upstream looks highly unlikely at the moment.

Will XRP offer value to its investors in the long-run

U.S. Congressman says majority of tokens are ‘a currency or a commodity’