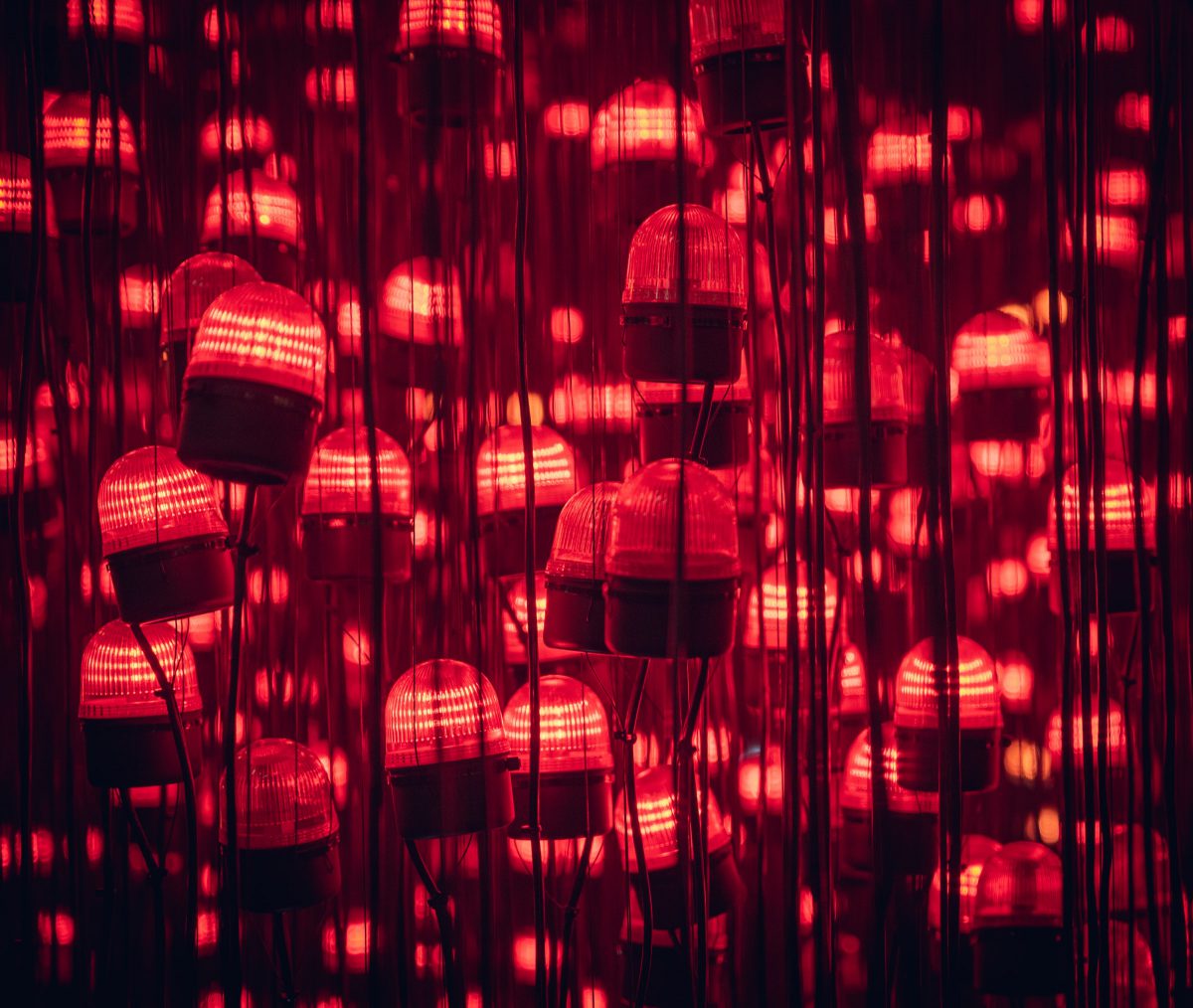 Bitcoin, at the time of writing, was valued at just under the $52,000-level, with the crypto trading within two percent of its latest ATH on the charts. With price discovery beyond $50,000 continuing, it is also worth noting that BTC has climbed by nearly 10 percent this week.

Now, though on-chain analysis and Bitcoin’s dominance both signal a bullish sentiment among retail traders, yesterday, many of the market’s altcoins signaled a drop in price. Major altcoins such as ADA, XRP, and LINK started bleeding, with ETH in tow, with Ethereum’s price becoming critical for sustaining Bitcoin’s own price rally.

Now, these altcoins did recover soon after, with ETH going on to touch a new ATH. However, if altcoins continue to bleed out, it would pose a threat to Bitcoin’s price rally as the selling pressure would increase.

Ethereum, at press time, was trading just under the $1900-level and with the exception of ATOM and DOGE, most altcoins in the top-20 were recovering too. However, what did the falling values of these alts entail? Well, most traders would argue that altcoins are selling off, as traders are buying Bitcoin and selling their altcoin bags. 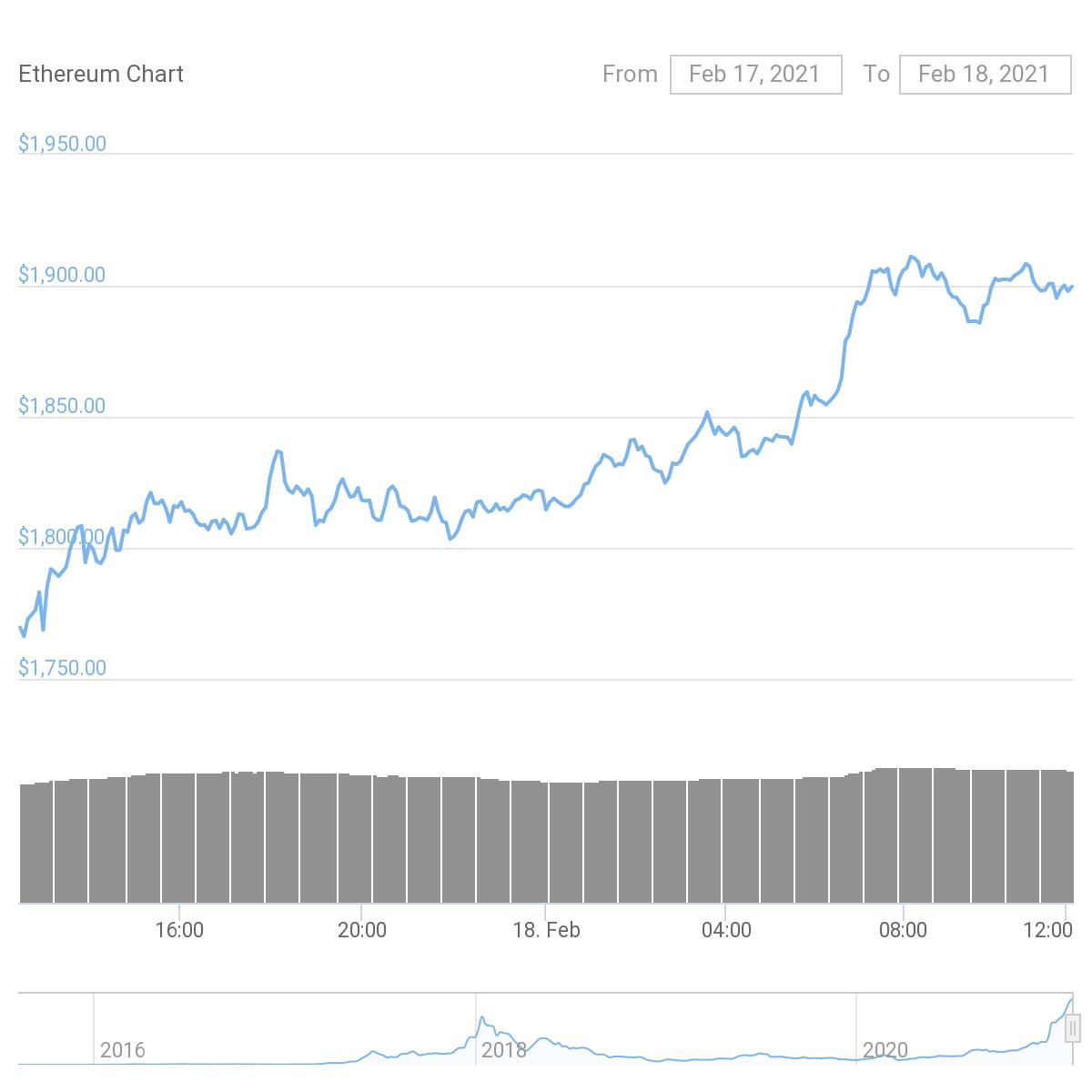 Alas, it is not as simple as that, since the trade volume on top spot exchanges seemed to be below $ 2 billion, despite Bitcoin trading above $51,000. Ergo, it is likely that the opposite may be true. If altcoins start bleeding, instead of investment from altcoins flowing into Bitcoin, funds would leave exchanges in the form of more stablecoin outflow transactions.

Currently, the stablecoin inflow is higher, and if it changes, then it would signal increased selling pressure on Bitcoin. Pursuant to that, there may be a further drop in spot exchange volumes. It is therefore critical to Bitcoin’s price rally that Ethereum and altcoins hold ground before a further drop in overall crypto-market capitalization. If these price levels hold, one can expect Bitcoin’s market cap to soon breach the $1 trillion dollar mark.

At its press time price level, however, spot exchange volume seemed to be slightly above the February average on top exchanges like Bitstamp, Coinbase, Gemini, and Kraken among others. 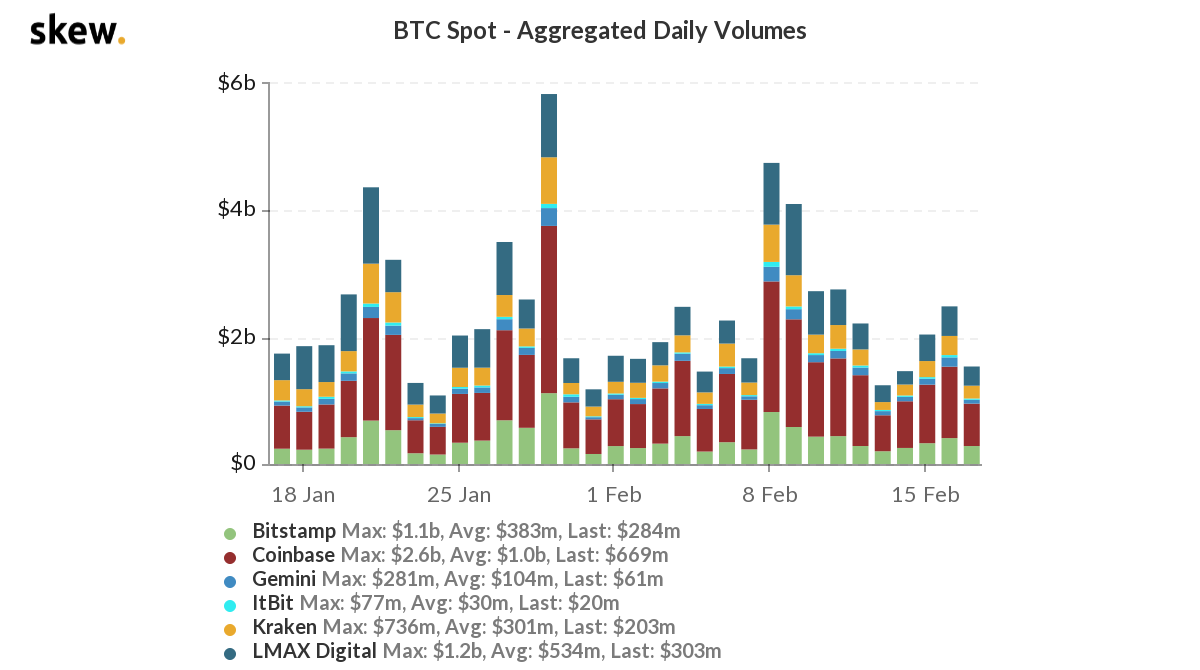 If the price rally continues and it sustains itself above the $51,000-level, the trade volume may hit $5 billion or climb higher, as observed in the last week of January 2021. However, this will be reliant on the volatility and the continued inflow of investments. Following Microstrategy’s announcement of investing another $600 million in Bitcoin, the momentum and volatility have sustained BTC above its January 2021 level. An extended alt season may be the other critical factor in this over-extended price rally.