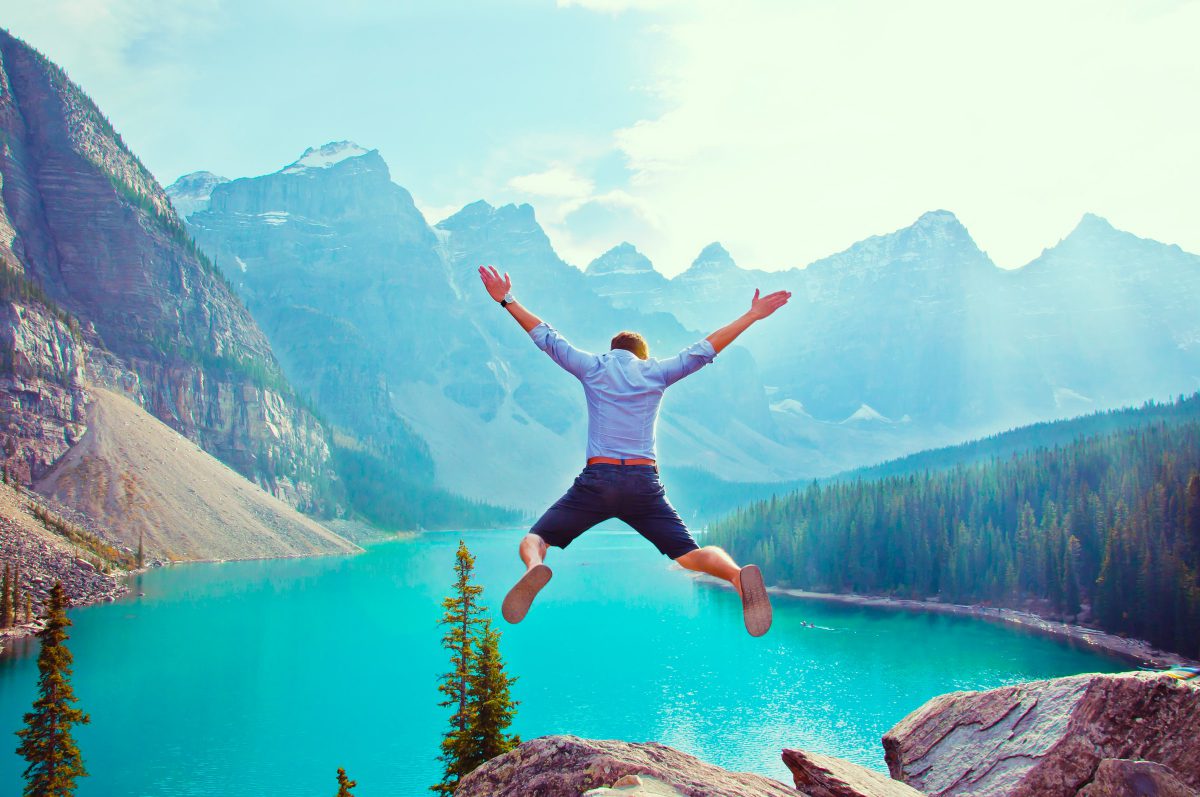 Bitcoin outflows from Coinbase have made headlines for the past week since they have had a positive impact on the price in the past market cycles, signaling accumulation by institutions and whales. However, a new development suggests that whale dumping may have started since there is an increase in whale deposits on spot exchanges like Coinbase.

Though there is a lead time between inflow from whale wallets and impact on price, a drop below $48000 level on Coinbase pro would signal that the selling pressure is increasing. 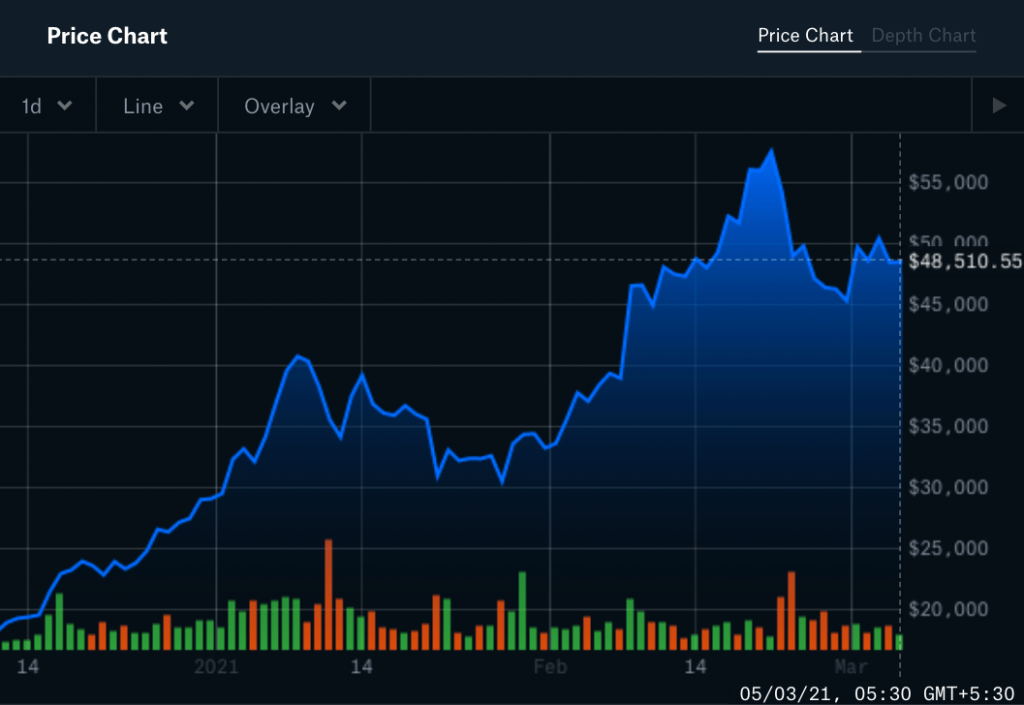 When Bitcoin took the first dip, from $58330, retail traders developed PTSD about mass-dumping according to Ki Young Ju. However, earlier this week, whale dumping indicators signaled that there are relatively fewer whales depositing Bitcoins on spot exchanges. It was expected that there won’t be a significant impact on price, and the bull run was expected to continue, with price crossing $50000, the next psychological hurdle.

However, the recent round of whale deposits led to an 8% drop in price on spot exchanges. Bitcoin was trading at $48000 level on Coinbase Pro, based on data from coinmarketcap.com, down over 4% from yesterday’s high above $50000. Further, a drop in price is expected if whale deposits to exchanges continue. Retail traders cautious of increasing exchange inflows may watch this metric for trend reversals and impact on Bitcoin’s price.

Based on the above chart from CryptoQuant, Bitcoin inflow to spot exchanges has increased almost twice since the beginning of February 2021. This may have a further negative impact on the price rally in the short-term. While whale deposits are influencing price negatively, taker sell volume is signaling an increase in price. Post every local bottom, the price surges 2% or higher, based on the trend. 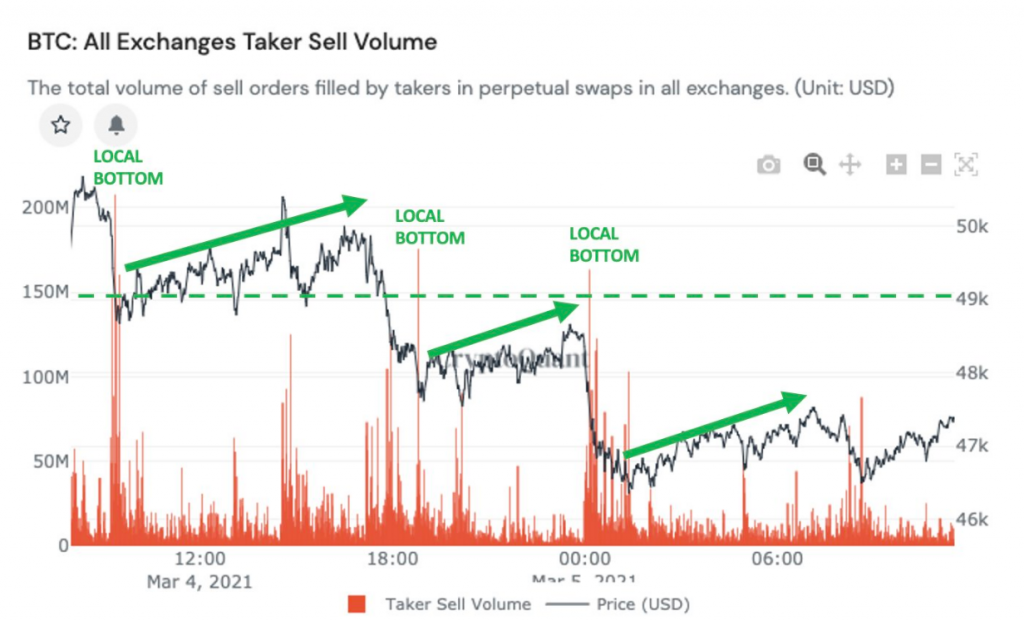 Based on the chart, despite contrasting signals from taker sell volume and whale deposit metrics, it is likely that the drop from increased whale deposit or inflow may influence the price on top spot exchanges. Since the volume of Bitcoin held by Bitcoin whales, with over 1000 Bitcoins has increased in the past two months, this metric is likely to have a short-term or immediate impact on the price of the asset.