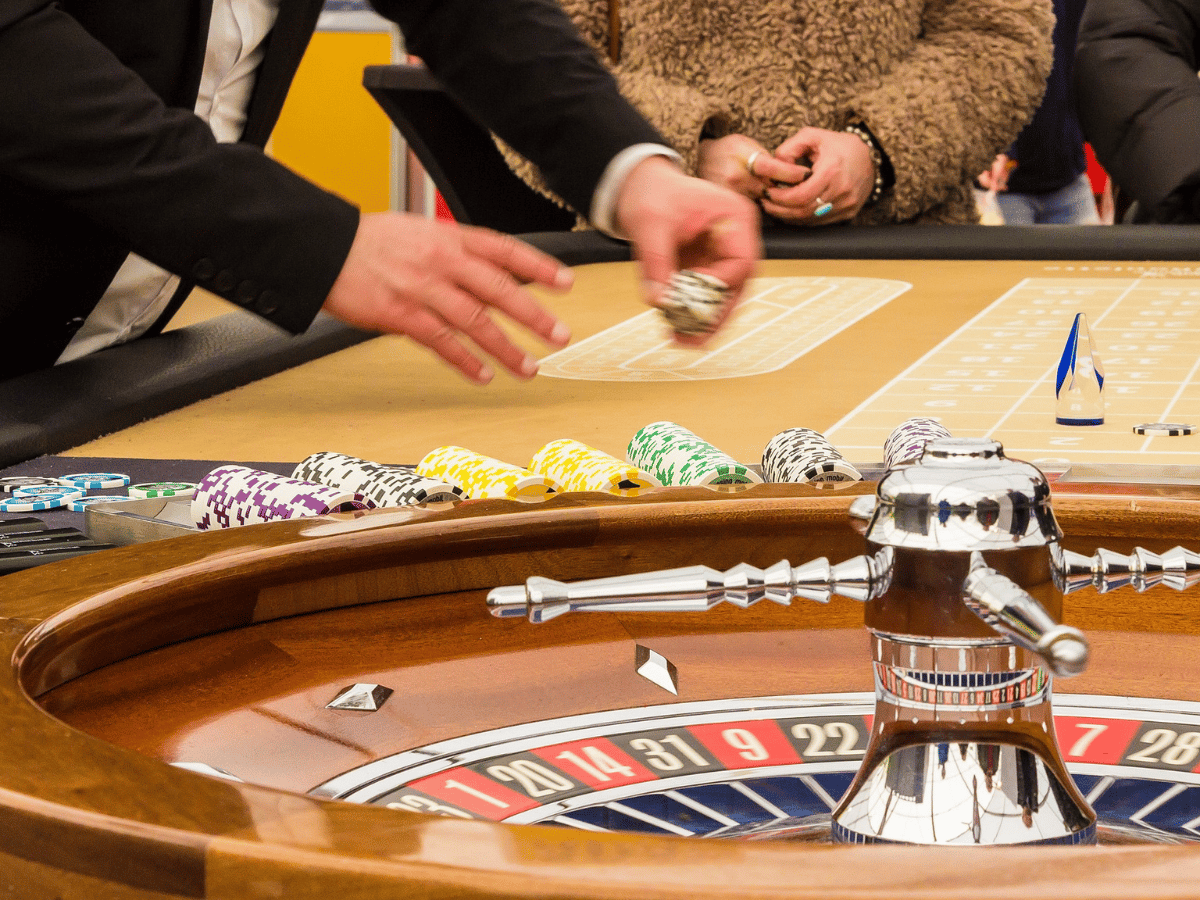 Bitcoin [BTC] whales’ impact in the broader crypto market has never been in doubt, but their recent behavior could send the king coin further down the charts, a 29 December Santiment report revealed.

Historically, accumulation or sell-offs from whales had somewhat impacted the BTC price trend, but in 2022, it was more of the latter.

According to the report, addresses that hold between 1,000 to 100,000 BTC were the top culprits in action. Notwithstanding, BTC could not exempt its influence with its movement as it dropped 64.22% in the last 365 days.

Get rid of holdings, continue the decline

Because of the deeds, Bitcoin whales posed a great measure to determine the potential movement in the next six to twelve months. If the gesture continues, then discussions around BTC hitting bottom could come to a halt. Santiment noted that BTC could be near $14,600 or drop to $12,200, depending on the volume gaps. The report read,

“Recently, it looks like they’ve been net sellers, and the price has been following suit. It is with confidence that we can predict sideways or even lower prices for BTC in the next 6-12 months.”

Except for the BTC dump, Santiment noted that bottoms in past cycles were associated with minimal whale activity. However, on-chain data showed that whale transactions around the $1 million on the seven-day Moving Average (MA) were still higher than 10,000.

Due to this trend, there was less tendency to admit to a bottom hit. In times past, a 1,200 to 1,500 similar transaction count followed the BTC bottom confirmation.

Make or mar as the new year begins

For investors who have endured the torrid 2022 season, it would be the hope that BTC overcomes the burden in the fast-approaching new year. Alas, optimism was lesser than could have been intended. This was because on-chain data showed declining positive sentiment and an uprise toward negative perception.

At press time, BTC was trading at $16,548. Meanwhile, there was hardly any hankering for respite in the short term. Per the daily chart, indications from the Directional Movement Index (DMI) disregarded buying strength.

This was because the positive DMI indicator (green) subdued at 17.98. On the other hand, the negative DMI (red) appreciated at 26.70. Nonetheless, it was not all around about a potential bearish direction due to the trend displayed by the Average Directional Index (ADX).

Since the ADX (yellow) was much less than 25, BTC’s likely direction could stay neutral, barring any volatile change. 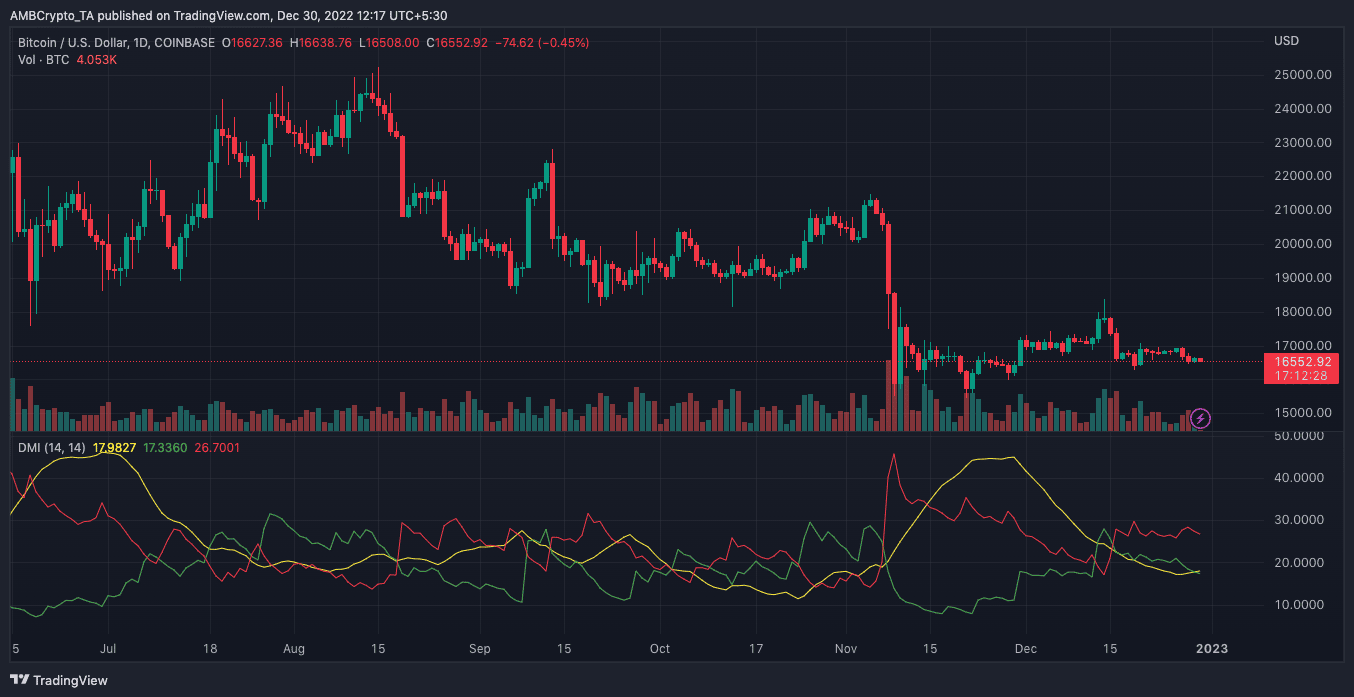 SHIB traded in a range, but investors could profit from these levels